Bought for Love - Book One in the "You Don't Know Jack" series.  Alpha Male/Virgin Romance 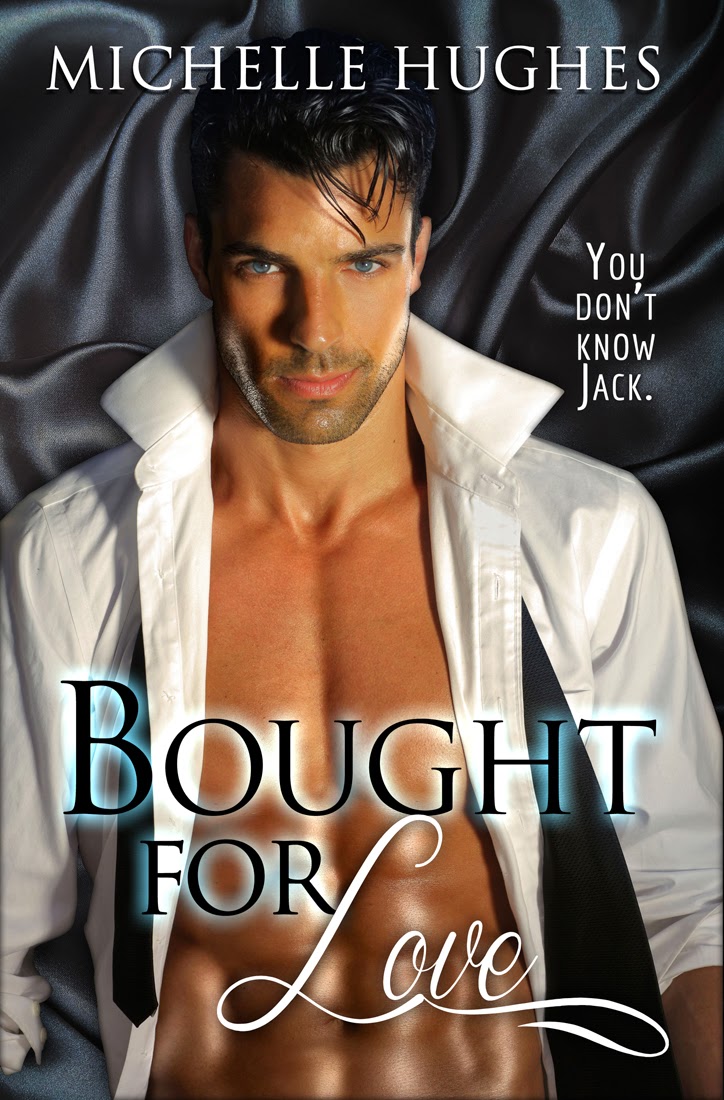 You don’t know Jack yet, but he’s ready to meet you! Introducing Jack Duncan:  Billionaire, Alpha Male, Opinionated, and doesn't understand the word no. Trust me!  Once you've met him, he's impossible to forget!   Did I mention, ruthless?  You don't get to where Jack is now by playing things safe.  His motto? Saying no is not an option, but I'll let you think things are going your way.

There's no denying that this charming, gorgeous piece of man is beautiful to look at.  Remember there's always a catch!  As Jack doesn't mind telling you, nothing in life is free.  Want to play in his world?  His rules, his choices, and your decision.  Unless he decides that your choices are the wrong ones.  You don't know Jack yet, but believe me, he's unforgettable!

Can a person be bought for love? You don’t know Jack!

Jack Duncan is a ruthless, egotistical, cold hearted son of a bitch and that’s only in the boardroom.  When it comes to sex and romance the only word he expects to hear is yes!  Sinfully sexy, he could manipulate anyone to follow his lead and he wasn’t above pretending to be something he was not to get what he wanted.

Emily Yates was sweet, young, and innocent.  The perfect pawn for a man like Jack to use.  She was a blank slate that he could mold into the woman he wanted by his side for his political career.  From the moment she walked into his office, he was determined to have her in his bed, in his life, and as his perfect little pet. Jack poured on the charm and Emily saw the man he wanted her to see, but would she discover out who he really was before her heart was destroyed?  You don’t know Jack.  He gets what he wants.

Even if Emily discovered his true nature, would she already be too far gone to walk away?  And would he let her leave if she tried? When a man like Jack decided you’re his, all you can do is hope to survive the aftermath of whatever plans he has. 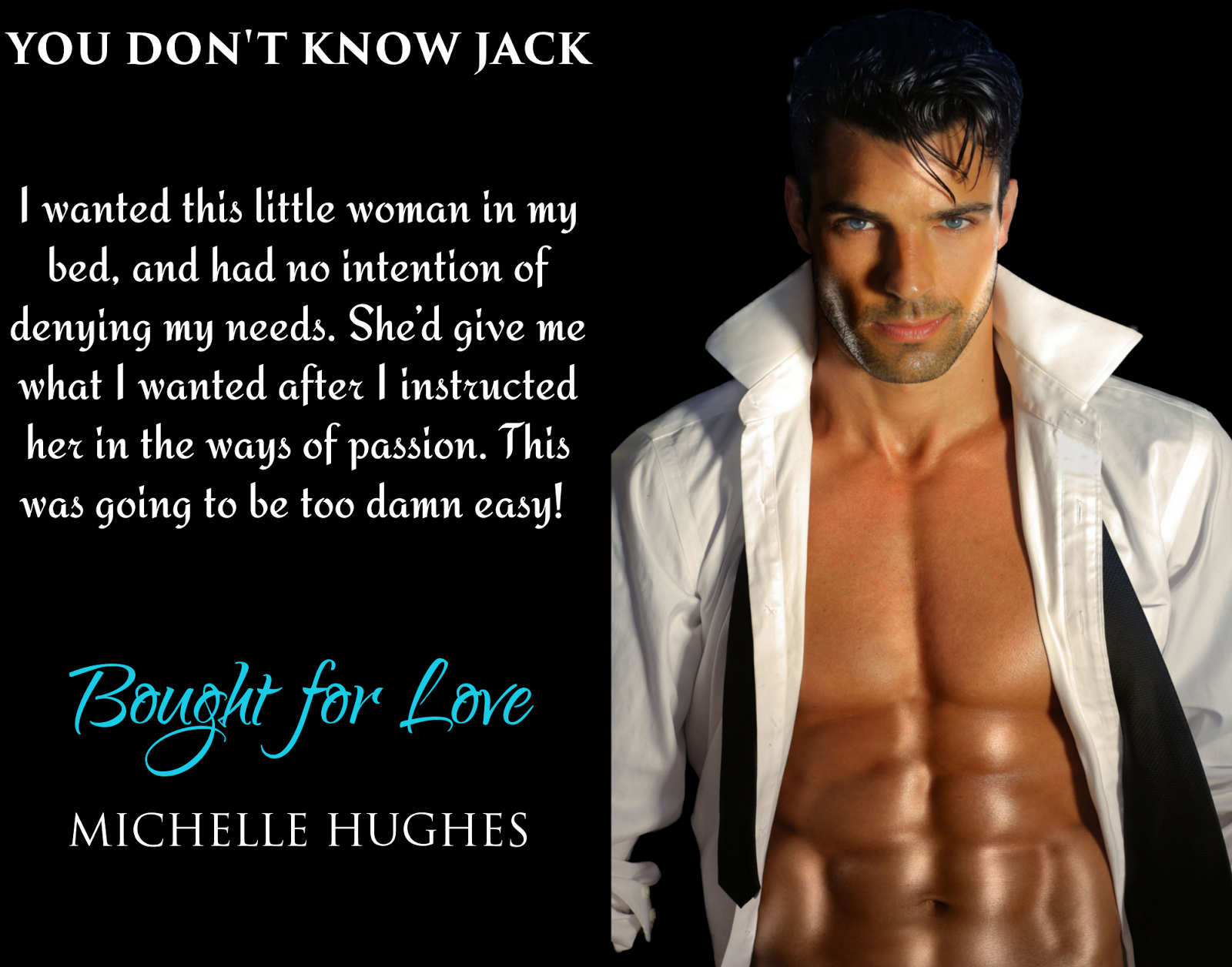 That smile of his.  How could anyone in the world resist the charm of it?  “All I really want is to get to know you better.”  The thought of him teaching me sent a strange thrill through my body that I didn’t understand.

“And you will.  Tell me you’ll let me show you my world.  I promise you won’t regret it.”

His eyes met mine and the intensity in that dark blue stare, made me catch my breath.  When his long finger reached up to caress my cheek, I was pretty sure I’d let him do whatever he wanted with me.  I nodded. He kissed me tenderly and the breath I’d been holding expelled on a sigh.

“The things I will show you.” Jack pulled me into his lap and I was so startled that I froze.  When he kissed me again though, I couldn’t object.

Wrapping my arms around his neck I surrendered to that kiss.  The rest of the world faded to black and he opened my mind to passion.  I didn’t want to let go and apparently he didn’t either since his arms snaked around my waist holding me tightly.

I felt the press of his erection against my bottom, and it terrified and excited me at the same time.  Stiffening in his hold, I felt him release me.  “You make me feel things I shouldn’t.”  He lifted me off his lap and placed me carefully beside him in the seat.

I didn’t know how to rationalize his words, because I was still dealing with the shock of knowing he wanted me that way.  It was pretty heady.  This gorgeous man being turned on by my kiss?  I kept my eyes lowered and felt my cheeks burn.

“So incredibly untainted.” His soft growl did something to my body I couldn’t express.  Jack reached out his hand to a button that lowered the partition window from the driver.  “To the yacht, now!”

The way he talked to Dante was so demeaning that I found it hard to resonate the demanding man with the one that had kissed me so tenderly.   Jack Duncan was a very confusing man.

The tick in his jaw showed that he was angry, and I wasn’t sure why.  “Did I do something wrong?” The thought of disappointing him didn’t sit well with me, and I felt really insecure.  Maybe he didn’t like the way I kissed?

“Little one the only thing wrong is I want to make love to you and I don’t think you’re ready for me yet.” He chuckled and shook his head.  “Forgive me?” 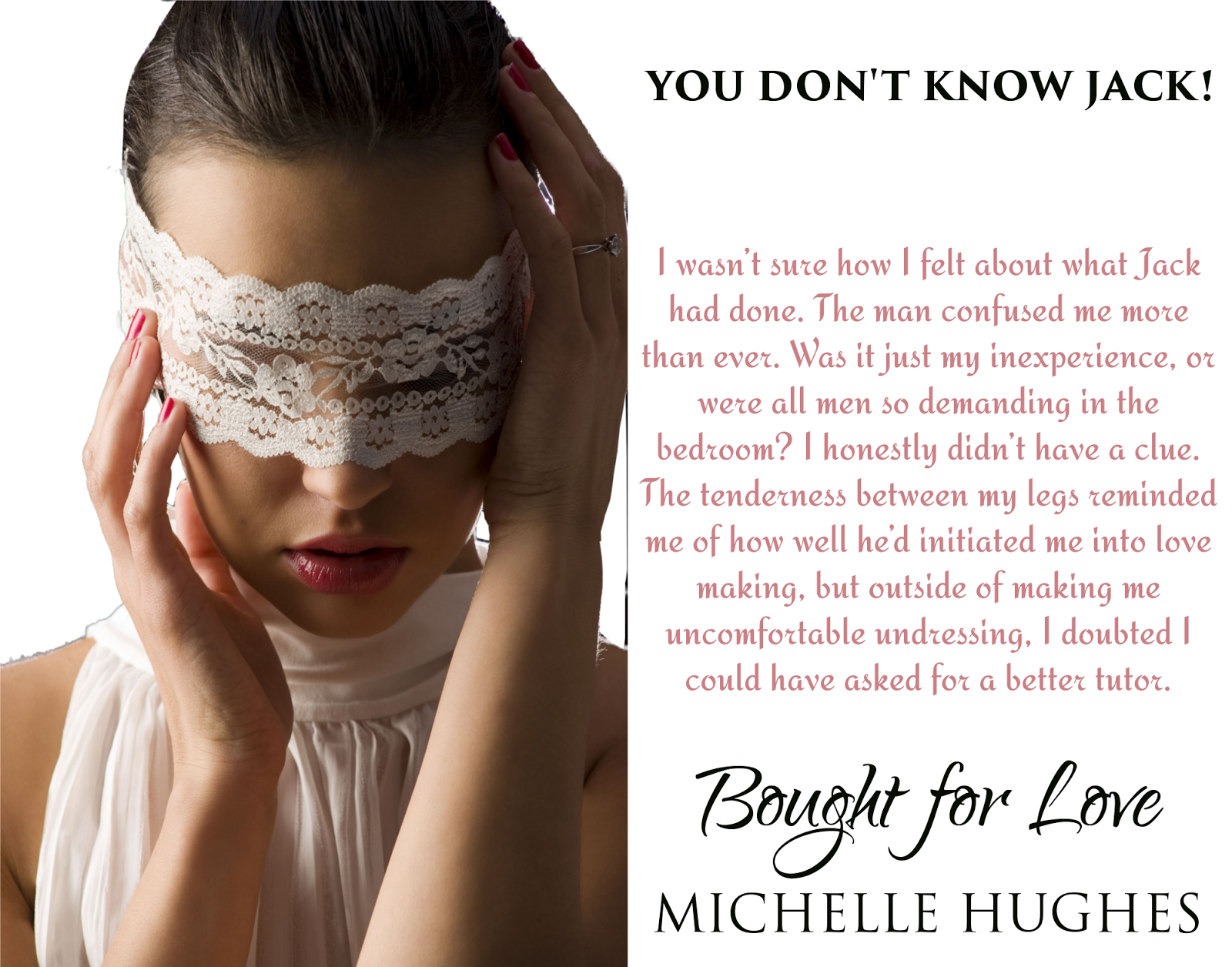 I know people say you should be professional when discussing your background, but that's just not who I am in real life.  I'm a mother, wife, and author. Readers, I consider my friends, because you're sharing my imagination and that makes us closer than just two strangers!  I have always felt that I don't write a story as much as it writes me.  Characters consume my mind until I get so tired of listening to them in my head, I put them down on paper (computer would be more accurate these days).

I started publishing books in 2009, because honestly I was tired of keeping these stories to myself.  I was working as a Respiratory Therapist in 2008 when I was laid off, and I had tons of free time.  My youngest son was still at home in those days, so when he napped I'd write.  My husband and I made the conscious decision that I wouldn't go back to work until he started school.  Then the writing career took off.  I was making a better living staying home writing books, so I never returned to the workforce.  These days I do what I love, and have time to do all the things with my kids that a working parent normally can't.  It's been a huge blessing!

Keep up with me on any of my social media links, I promise I'll return the favor!