His Billion Dollar Baby by Lea Nolan with Giveaway & Review 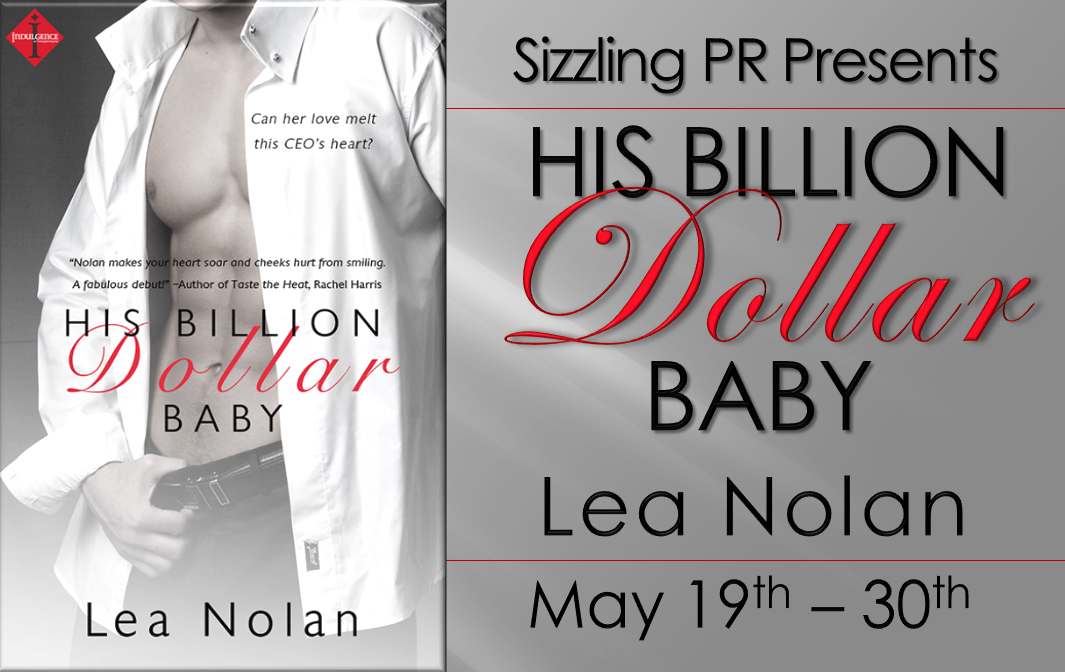 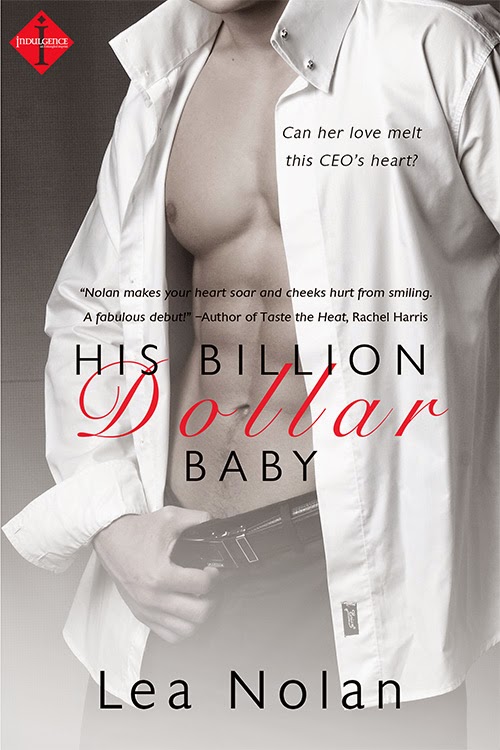 Blurb:
Can her love melt this CEO’s heart?

No-nonsense physical therapist Gwen Radley has scraped for everything she has, so she surprises even herself when she gives into the advances of a sexy ex-patient the night before he returns to Afghanistan. Then she learns she’s pregnant, just as the news arrives that her soldier has died.

Grieving over his brother’s death, billionaire Carter Anderson questions Gwen’s motives when he accidentally learns about her pregnancy. In his experience, women can’t be trusted, so he doubts Gwen’s insistence she has not interest in his family empire – especially after she moves in with his mother. When her therapy expertise has them collaborating on a lucrative business project, Carter sees her in a new light. But his suspicions persist, leading them both to wonder if he will ever embrace his brother’s baby – or the love that’s blooming between them.

My Review: 4 1/2 stars
This was a very well written book with fantastic characters. I enjoyed reading this from the beginning to the end. Gwen is a good person who just happens to come from an unstable background. When she finds that she's carrying the child of a soldier (Ben) she slept with the night before he left for deployment is now deceased, she figures the right thing to do is to at least let him know that he's left behind a part of himself by slipping a sonogram into the casket with him. What she doesn't count on is a closed casket, or that she'll be overheard. Carter is Ben's older brother and instantly thinks that Gwen is trying to her her hands on the family fortune.
Carter is an ass initially, and keeps sliding back to that place over and over again, due to things that have happened to him in his past. Gwen tries to just move on, but circumstances are against her time and time again until she has nowhere left to go, except for the last place she wants to be: River View. That happens to be the family estate, and Ben's mother, Judith insists Gwen stays there while she gets back on her feet. Carter is determined to find something on Gwen and makes plans to get her to sign over the baby's shares on the family company. Over time, Carter and Gwen come to spend time with each other personally and for business, once Gwen makes Carter see a possibility that no one else did.
Gwen and Carter both begin to develop feelings for each other, but Carter once again puts his foot in it and messes everything up. Gwen despite everything that has happened with Carter gives him yet another chance and the feelings they have for each other bubble over into a passionate night not to be forgotten. However, once the cold light of day comes, Carter once again makes what could have been possible impossible and leaves Gwen feeling used and betrayed - again. This time, she's had it and she leaves. Once Carter finds the truth - the real truth - from Judith, he realizes that he made a mistake of epic proportions. Now the question is will Gwen ever forgive him? Will they have a future as he wants? I've got to say, I really loved the ending, it was sweet, unexpected and a stroke of brilliance. Lea did a fantastic job with this book, and I'm going to keep an eye out for any of her work.

With a master’s degree in women’s studies and public policy, and an undergraduate degree in history, she spent twenty years as a health policy analyst and researcher, writing hundreds of fascinating reports and articles tens of people enjoyed. Today, she teaches graduate courses in health policy, law, and financing, and takes on the occasional consulting gig.

Born and raised on Long Island, New York, she loves the water far too much to live inland. With her heroically supportive husband and three clever children, she resides in Maryland where she scarfs down crab cakes whenever she gets the chance.