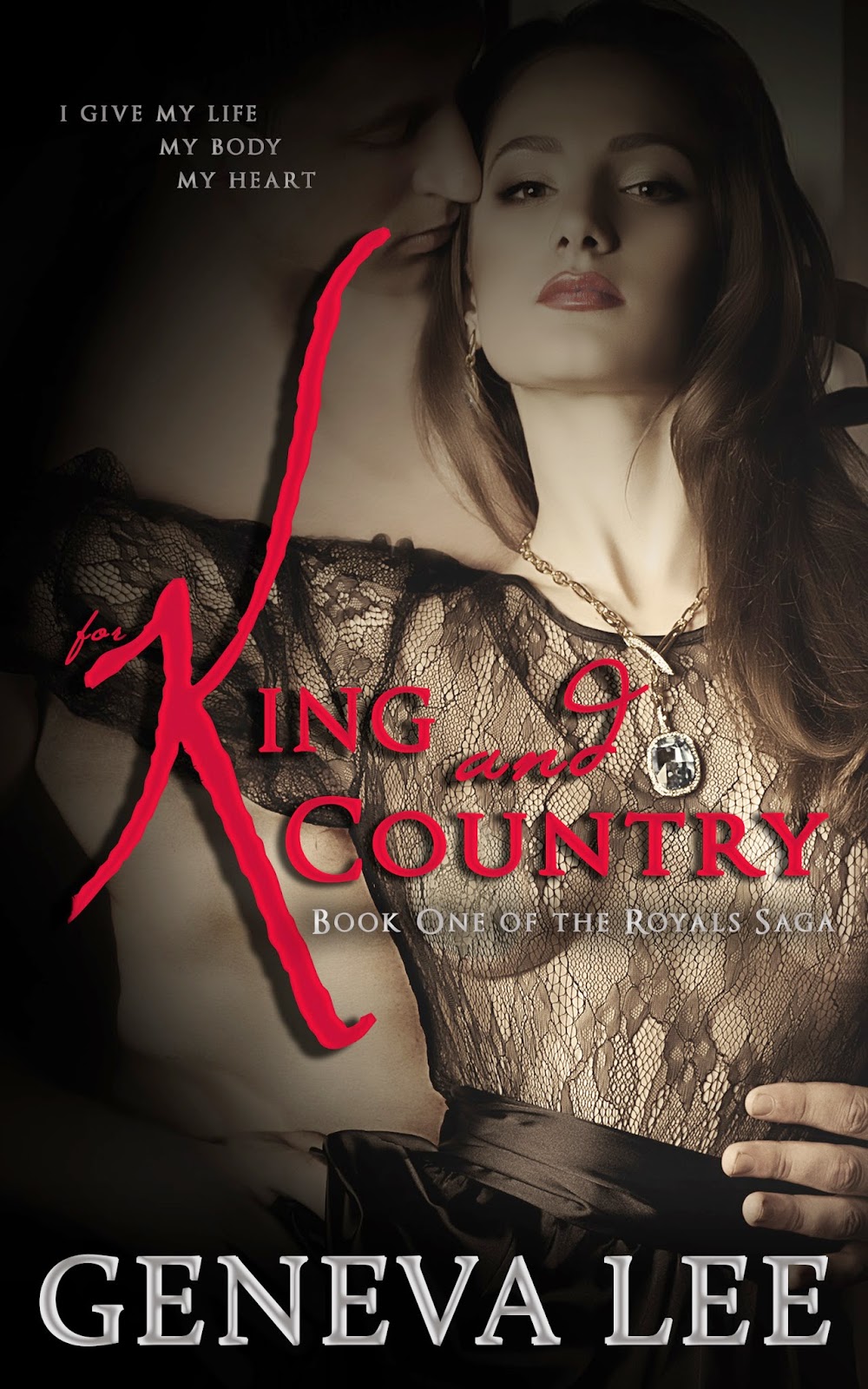 Synopsis
When he kissed me, I was shocked. He was a stranger and still so familiar. It wasn't until I woke up to my picture splashed on the cover of tabloids that I realized I knew who he was. Prince Alexander of Cambridge.

Royal bad boy. Exiled heir to the throne. He isn't Prince Charming. He's controlling. He's demanding. He's dangerous. And I can't say no to him.

We both have secrets—secrets that could tear us apart or drive us closer together—and as the paparazzi exposes each one, I have to decide just how far I'm willing to go for King and Country. 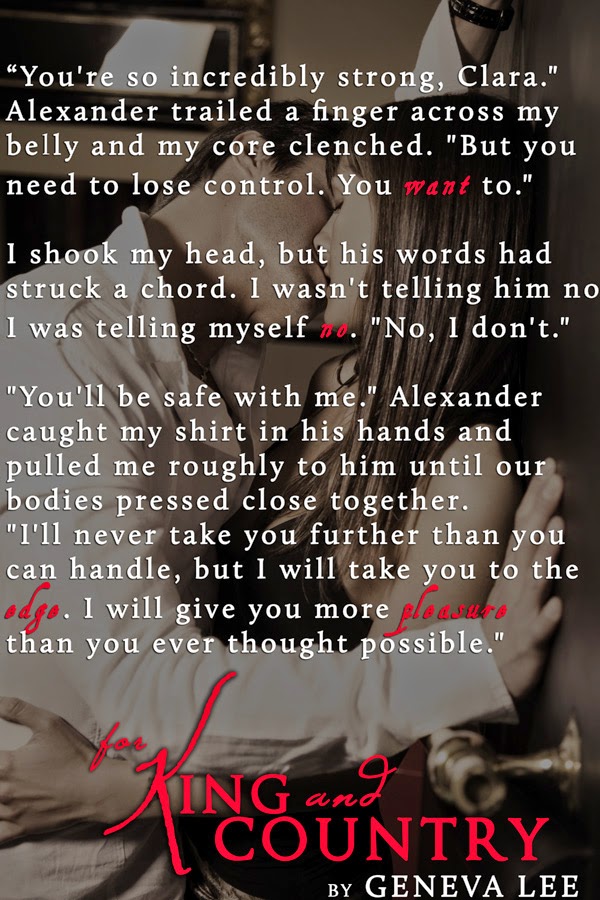 My Review:  5 stars
I was pretty certain when I started this that it would end badly. It's just such a complicated story, and yet so utterly realistic at the same time. It's entirely possible that everything in this book could happen. I loved Clara's initial ignorance of who Alexander was. It's possible that's what caught his eye. She wasn't kissing his ass, or pretending to be anything that she's not. I felt very badly for Alexander and Edward, being a member of Royalty. I'd imagine it's much more complicated than the general public is lead to believe. I was right to think that this would end badly, it did. But not exactly in the way I would have thought. The inner circle is viscious, and bloodthirsty, and Clara is an outsider and not welcome. That is made very clear to both Clara and Alexander.
Clara is so strong, and Alexander needs her, whether he wants to admit it or not. Alexander on the other hand, brings out something in Clara that makes her stronger than she thought she could be. They both accept each other as they are, damaged, but worthy of affection, possibly love. Their chemistry is so strong, and their sex life is very healthy. Insatiable to a point. But oh, so damn good. It's that sheet clenching, holding in the moans that just make you want to scream because if you don't, the neighbors will know what you've been doing sex. It's almost obsession, certainly possession to a point. I had thought that this would be a series about all the Royals, and to a point it is. Specifically, it seems to be about Alexander and Clara, and I'm really good with that. I want more of them, a lot more.
Geneva made me feel so strongly for these characters, they were both broken in different ways, but together, they helped each other. That they did recognize, but it still didn't stop the events surrounding them and the inevitable outcome of those events. From the first page to the last, this was a fabulous story with twists and turns, unexpected things happening. I was stunned at the end of this book, and yeah, a little heart broken. I seriously can't wait for the next book in the series, because I'm dying to know what happens next for Alexander and Clara. 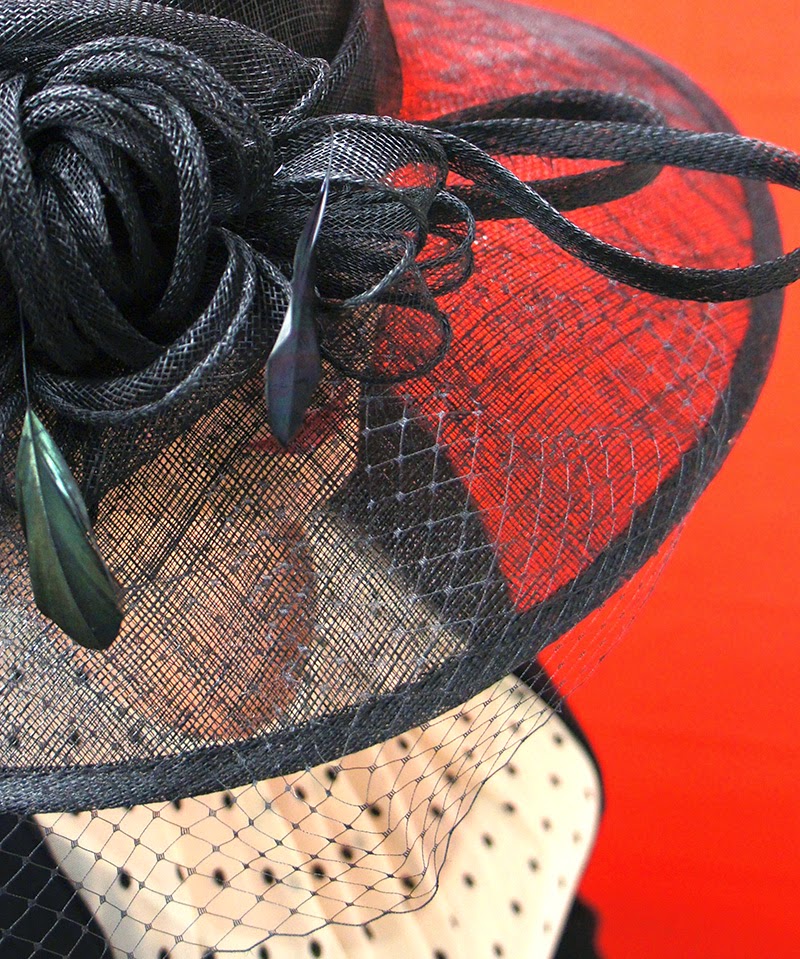 Geneva Lee prefers fantasy to reality, especially fantasies involving powerful, dangerous, and sexy men. You can find her devouring a good romance while avoiding the laundry and the children. She lives in Seattle with her family.
Connect with Geneva Lee
Facebook: https://www.facebook.com/pages/Geneva-Lee/1381708248742640
Twitter: https://twitter.com/GenevaLeeAuthor
Web: www.genevalee.com
Goodreads: https://www.goodreads.com/book/show/21462695-for-king-and-country 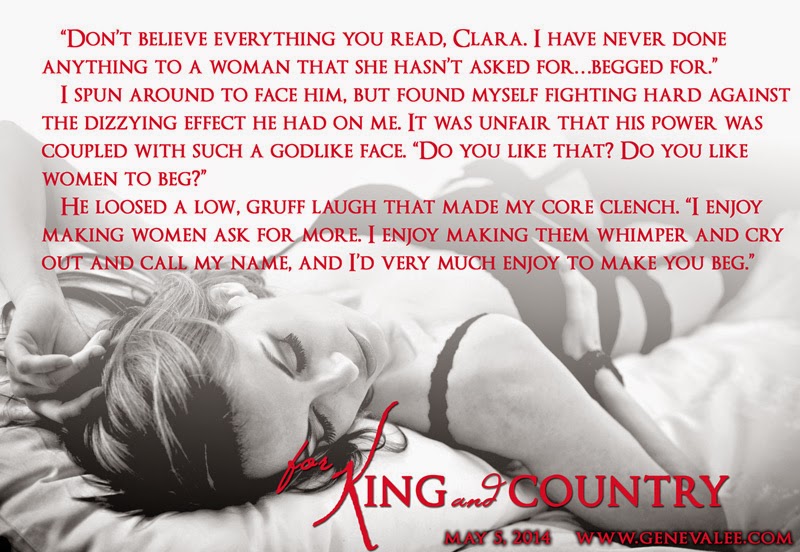