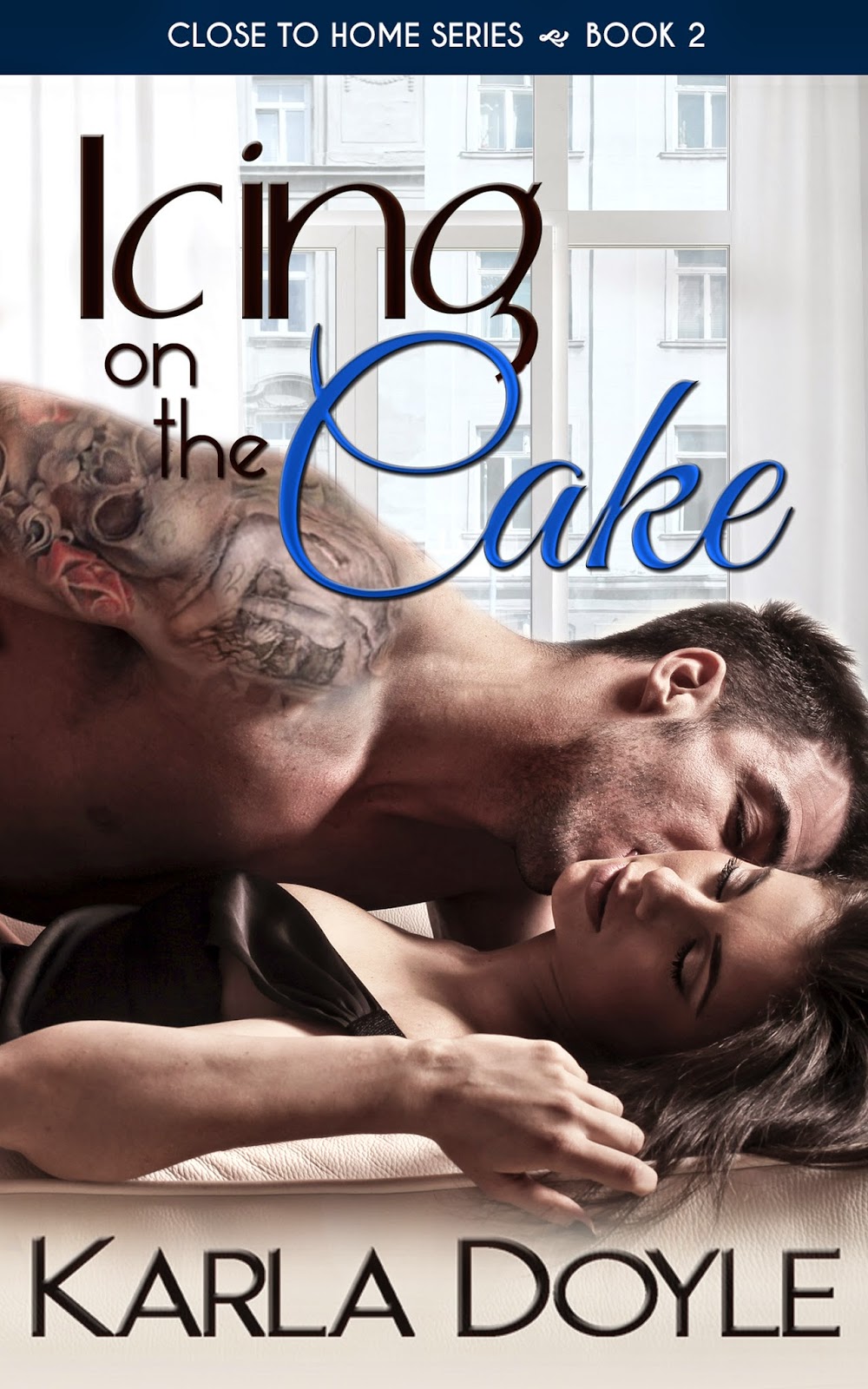 Blurb
Nia and Conn’s wedding will be fairytale perfect…if their siblings can get along.

Free-spirited, anti-establishment Sara has always been on the outside of her family’s fairytale mold. Now she’s being forced smack into the middle of it at her sister Nia’s wedding. Alongside the cocky and annoyingly sexy best man—Conn’s cop brother.

Curtis doesn’t buy in to organized romance and fairytales. But for his brother, he’ll throw on a tux and fake it for a few hours. His flak vest would have been a better choice around the maid of honor. He should have brought his handcuffs too, because somebody needs to restrain the dark-haired spitfire—and he’s just the man for the job.

One night to indulge the spark between them, then goodbye—that was the agreement. Curtis isn’t looking for a relationship and he sure doesn’t want a troublemaker for a girlfriend. The last thing Sara needs in her daily life is a cop looking over her shoulder, no matter how hot he is.

Excerpt:
The pastor wrapped up the rehearsal with a reminder of when everybody needed to arrive tomorrow. Nia practically jumped into Conn’s arms. Forget about waiting to kiss the bride, Conn laid one on his bride-to-be right then and there.
Sara had to admit, it was a hot one. Kind of had her rethinking her decision about the sexless weekend—and the tattooed cop.
“Everybody back to the house for barbecue and beer.” Her dad waved his hand in front of him, as if the simple action finalized the command. “You too, Ben.” This, he directed at the pastor. “Bring a date if you’d like, we’ve got plenty of food and drinks.”
“Thanks, Peter. No lady in my life at the moment, but I’d love to join you all after I lock up here.”
“Great.” Dad shot her a hopeful look that included a wink. “We’ll see you there.”
Oh, for crying out loud. It wasn’t enough that she’d agreed to be the pink-satin-wearing sidekick in Nia’s fairytale wedding, now her dad wanted to set her up with a freaking pastor? Her family really needed to get with the program. The one where she was a lost cause in the growing-up and settling-down departments.
While the Lawler and Chambers family units hovered around the glowing couple, Sara beelined it toward the outside aisle, and temporary freedom.
“Hey,” a deep, husky voice called as she reached the vestibule.
Not her dad. Not the pastor or Conn, either. That left two men—Conn’s father or his brother. Sara only had fifty bucks spending money to get her through to payday next week, but she’d bet it on the brother. A voice that sexy had to belong to a hard-bodied hottie with lots of ink.
She paused, turned, and won the self-imposed bet.
“Last one to show up, now the first one to leave.” Conn’s brother took a few more steps, positioning himself between Sara and the door. He tucked his hands into the front pockets of some fine-fitting jeans. “You’re not trying to skip out on the rehearsal party, are you?” His stance and tone were casual. His pointed remarks, not so much.
“Aww, isn’t this sweet? We haven’t even been formally introduced and already you’re devastated at the thought of an evening without me.”
His eyes twinkled and the corner of his mouth twitched. “Curtis Lawler, Conn’s older brother.” He didn’t offer a hand to shake. Just stepped closer, completely invading her personal space. “And you’re Sara.”
“Figured that out on your own, detective, or did they show you my mug shot in advance to make things easier?”
“It’s Constable first-class, but that’s a mouthful, even for one that works as well as yours. Probably easiest if you call me sir.”
“Never going to happen, lawman.” She tried to sidestep him and he mirrored the action, halting her getaway without laying a finger on her. But damn, he might as well have touched her, because every inch of her skin had goose bumps from the electricity between them.
“Never’s a long time.” Curtis’ gaze locked with hers and a wicked smile curved his sensual lips. “And for the record, I’m not a patient man.”