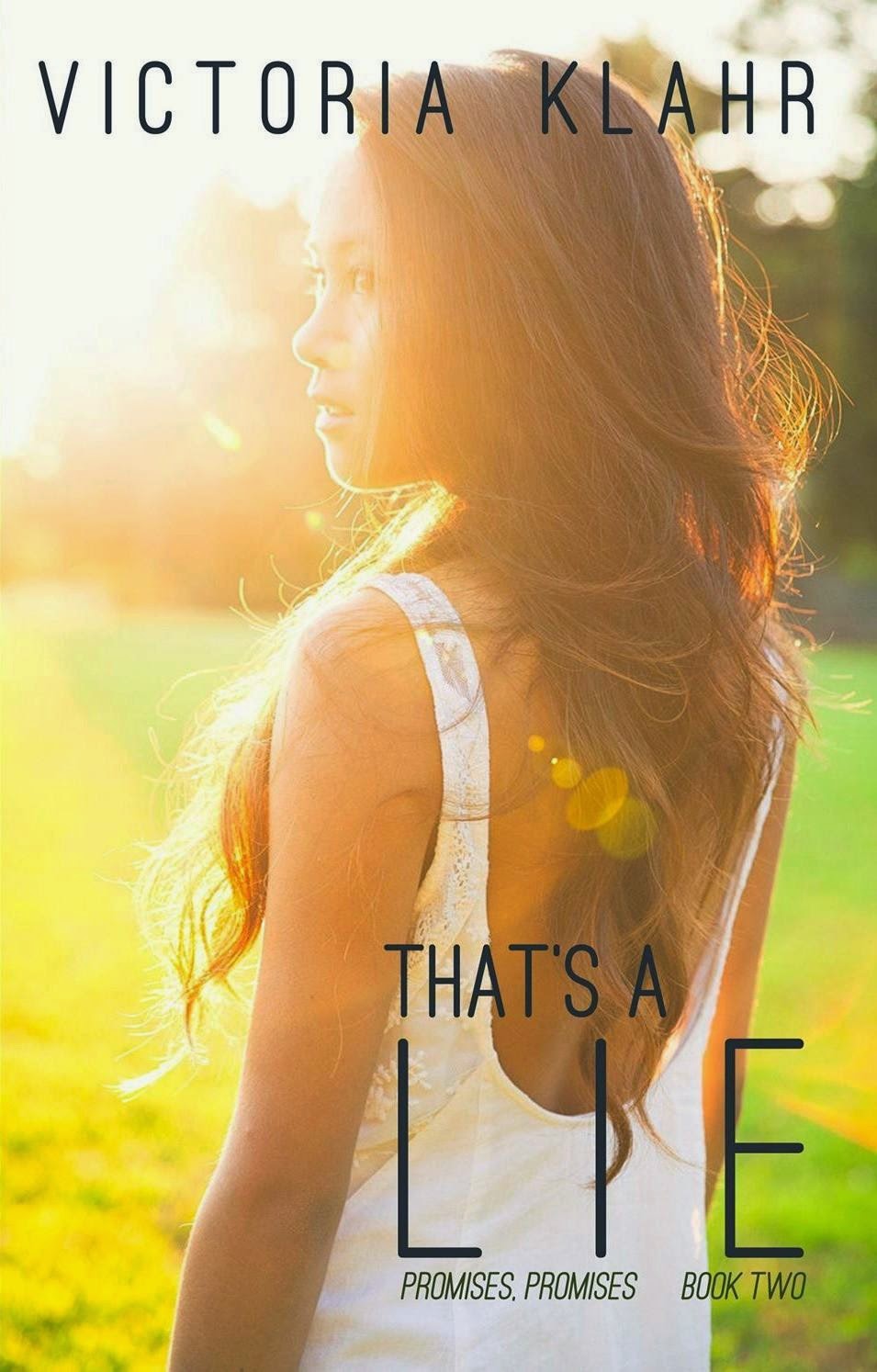 When he walked back into my life, it almost felt like the pieces of my broken heart could be fixed. I thought we could go back to being best friends, but then I started to feel what I had been blocking out for years. I tried. Boy, did I try! But once I started to let him in, I wanted nothing more than to cross that line from friendship into something more…

Just when I think I can move on and let myself be happy, an ugly reminder from my past comes storming in and threatens to destroy the sliver of hope that's been growing since Seth came back.

Do I even deserve to be loved?

I came back for Josie.

I knew I'd have to fight for her, but with the loss of her dad and the truth about what happened with her and Blake, I quickly realized that making her mine was going to be a lot harder than I first thought. The problem is, I can’t pretend like she’s just my best friend. I can’t pretend I don’t want more.

I'm willing to do anything to get her to admit she has the same passionate feelings for me, because I know once she opens up and stops lying to herself, I can show her what it really means to be loved. It's a battle of wills, but my love for her is stronger than her will to stop me.

So I fight for her. I fight because I know she deserves it. 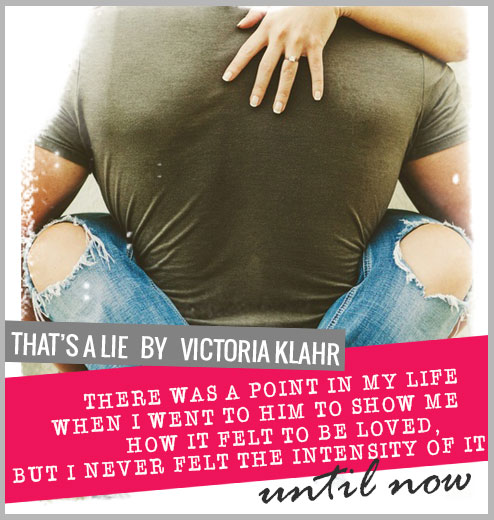 “You lied to me,” he said gruffly, sitting on the barstool at my counter. His blonde hair flopped in front of his eyes, and my hands itched to push it back. To get to touch him again the way I want to would satisfy only a millimeter of the need I have, but it would relieve some of the pain. I turned around to hide my thoughts.

“Ugh… I need coffee,” I said vacantly, reaching for my coffee maker. I didn’t even hear Seth move, but his hand grabbed mine and he turned me around, placing his hands beside me on the countertop to trap me. My breath caught, and I was almost positive he could hear my heart pounding in my chest.

His blue green eyes were angry, but I didn’t even care about him being mad. All that mattered was the charge that thumped between us. I was very aware of him.

“You lied, Josie. You’re not supposed to lie to me.”

“Seth… come on,” I said, turning my face away, unable to look at the raw emotion in his expression. His hand dashed out and grabbed my chin.

“How long, Josie?” he asked. I closed my eyes, not wanting to admit anything. “Open your damn eyes, Jos. Stop fucking hiding.” His voice was hard, but it was also full of desperation. I opened my eyes and narrowed them at him.

He doesn’t understand that I need to keep him away from me. My life is tainted by darkness, and he doesn’t need that. “It doesn’t matter, Seth. I’m fine.”

“Like fucking hell it doesn’t matter. I haven’t heard you scream like that since after everything that happened.”

He was referring to when I would have nightmares after I was raped. He or one of my dads would come lay with me to help me fall asleep. Every day that Seth wasn’t in school, he was there with me, trying to make the nightmares go away.

“Since the engagement party,” I whispered, looking down. I don’t know why I admitted it, but I think there was a part of me that realized I couldn’t hold onto all this pain anymore.

“Fuck, Jos…,” he whispered back, placing his forehead against mine. I was able to smell the mixture of hay and apple pie on his skin, and I almost lost my footing from wanting him so badly. “You should have told me.”

“I didn’t want you to worry,” I admitted.

“I worry about you every second you’re not with me, Pussy Cat. Every second that you hide behind that wall you’ve built, I wonder when you’re going to crack.” His hand reached up to caress my face, and I started to lean into his touch. It was only a minute movement, but I still heard Seth’s breath hitch. My lapse in self-control made him bold. He brought his mouth to the side of mine, and kissed me. I couldn’t stop the whimper before it escaped my mouth.

“There you are,” he whispered hoarsely against my lips. I wanted to bask in the moment, but I had already opened up to him too much. I pushed through the barricade he had made, and ran back to my room. 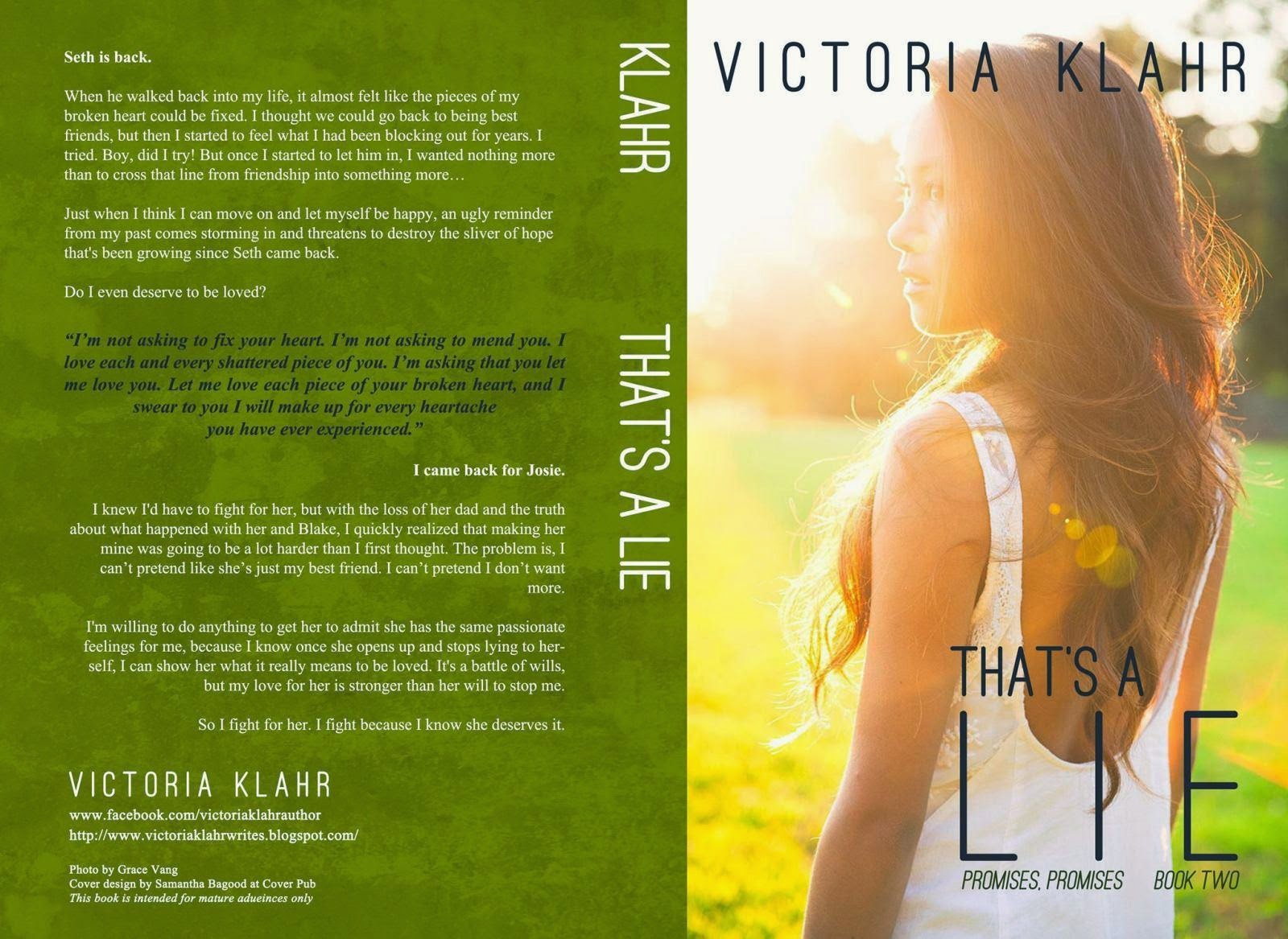 
Review
5 stars
This book blew me away. First off, if you haven't read 'That's A Promise', go read that before you read this. Walking into a story halfway through is not an easy task, especially this story. I loved that Seth came back for Josie and everything that he did for her. I loved that Seth put her first, always. I loved that Josie finally, finally saw that the love Seth had for her was in no way brotherly. When he finally admits how he feels and what he wants from Josie, damn. From that moment on I was Team Seth. That he wanted all of her, broken or not. Seth wanted to be the one to help Josie piece things back together and be there for her. When Josie finally let him in, in that way - holy moly! Their chemistry was so off the freaking charts, it was amazing. Josie has been through some tough times, but I believe she'll overcome all of that with Seth by her side, supporting her, whether it's physically or emotionally. That's where Seth wants to be. The road forward is not smooth, but full of bumps and hollows, but together, I believe that Seth and Josie can overcome everything. I think they are supposed to end up together no matter what. I really wanted this to be the end so that Josie and Seth have a HEA, but there's still a third book coming so we'll have to wait and see what that brings us. I can't wait for it, but at the same time I want Seth and Josie to remain together. Victoria drew me into this story completely. I love her characters and the story line so far has been amazing, emotional, sexy, sweet, caring, giving and so much more. 5 stars isn't enough, but it's going to have to do until they change the system.


About the Author
Victoria Klahr (pronounced like “Claire”) lives in Elizabeth City, North Carolina with her husband and daughter, Stephen and Alexis. She loves her chug (Pug/Chihuahua), Bandit, and three year old to pieces. She loves to stay home and take care of them, even if they do drive her insane at times. She is a huge and proud book nerd who looks at her bookshelf in admiration daily. She has her Associate’s degree in Business Administration, but her passion has always been the stories that talk to her in her head. One day she decided to take a chance and let the voices write her story. She has never felt more certain or comfortable about who she is than when she writes.


Hosted by:
One More Chapter & InkBerry Books
Posted by Unknown at 1:00 AM