Long For Me (A Secrets & Shadows Story, Book 3) by Shiloh Walker Release Blitz with Giveaway & Excerpt

Award-winning author, Shiloh Walker, is back with a HOT new series that’ll leave you yearning for more!

Happy release day to Shiloh Walker; LONG FOR ME is here! 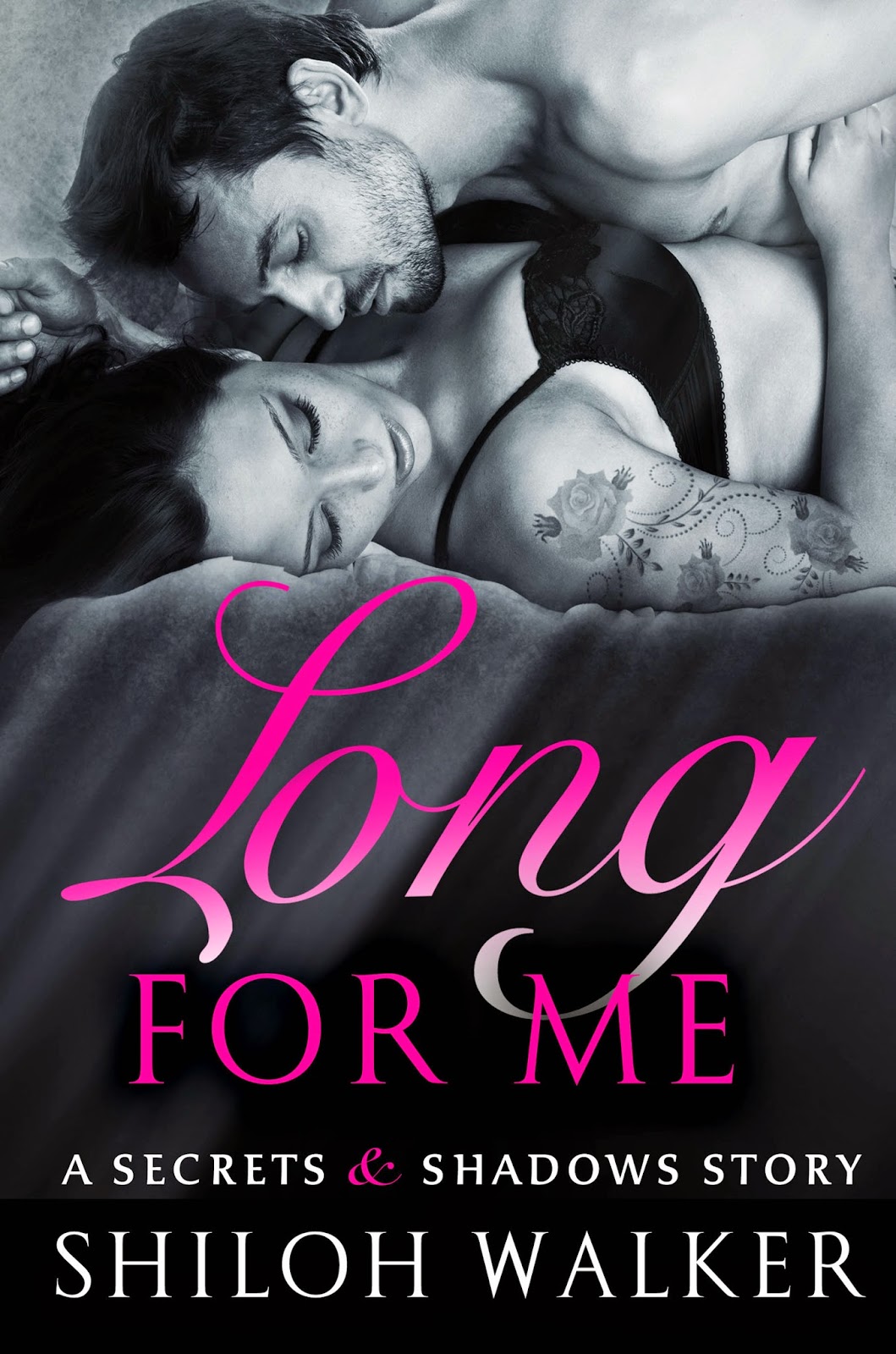 About LONG FOR ME:
In Long for Me by Shiloh Walker, Christina Bell remembers what it was like to be part of a loving family. The youngest of the Bell children, she simply cannot believe that her dad, or anyone else she loves, had a hand in her mother’s disappearance. She’s looking forward to moving on and spending more time with her sexy best friend, Guy Miller, who she is starting to see in a whole new light.Their attraction sizzling and love deepening, Christina feels confident in her life and ability to handle what comes her way...But when Nichole’s body is found—and the mystery of her death slowly reveals itself—Christina is left not knowing who to trust. What if Guy, her one true desire, proves to be her biggest danger?

Excerpt:
The roughed-out log cabin wasn’t much.  Perched on the edge of the Ohio River, nearly an hour away from Madison, it was Guy’s personal retreat.  He came to fish or just get the hell away from people.

Too bad, she thought, kicking a leg over her bike and staring up at the cabin.  Some people might have enjoyed the picturesque drive out here.  It had just given her more time to brood, steam, and work herself up.  She was probably as close to exploding as she’d been in a good long time.

The door swung open and she found herself staring at the very object of her wrath.

Guy, in the flesh.

Her heartbeat kicked up and she had to swallow the spit that had suddenly pooled in her mouth.
The very, very nice flesh.  Curling her hands into fists, she used the bite of her nails into her palms to help get centered.  It wasn’t much, but every little bit helped, she figured.

Then he ignored her.

Or so she’d thought.

But then they’d had that night—it had been as amazing as the first night and she needed him like she needed air and he’d just walked away.

She jutted her chin up as he continued to watch her.

Then he turned around and walked back into the cabin.

Oh, hell. She was just going to have to kick his ass.

Shiloh's giving away some awesome things leading up to the release of DEEPER THAN NEED, book one in Secrets and Shadows!

Enter the giveaway below for a chance to win a Coach purse, signed copies of Shiloh's books, and an Amazon or Barnes and Noble gift card worth $20!
(Due to shipping and insurance, this giveaway is open to US only) 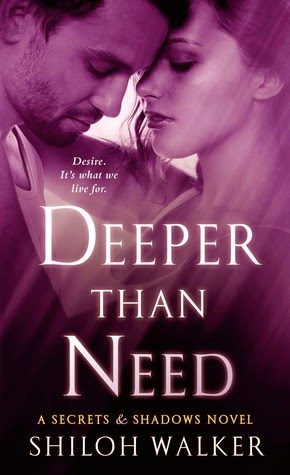 About DEEPER THAN NEED:
Time heals all wounds.

Eager to put a dark, troubled past behind her, Trinity Ewing buys an old house that will make the perfect refuge for her and her young son once renovations are complete. The last thing on her mind is finding someone new…but the contractor she’s hired is an irresistible distraction—and Trinity can’t help but fantasize about all the business they could be doing behind closed doors.

So does one man’s touch.

Noah Benningfield thought he’d put his demons behind him. But the moment he lays eyes on Trinity, the temptation he feels is too powerful to deny. Soon the attraction between them explodes into something neither of them could have imagined. But their desire will be put to the test when a shocking local murder has them dodging danger at every turn. Can the beautiful and damaged Trinity trust someone like Noah, whose own past is as haunted as her own? The only thing she knows for sure is that she can’t live without a man who makes her feel this good—over and over again…in Deeper Than Need by Shiloh Walker. 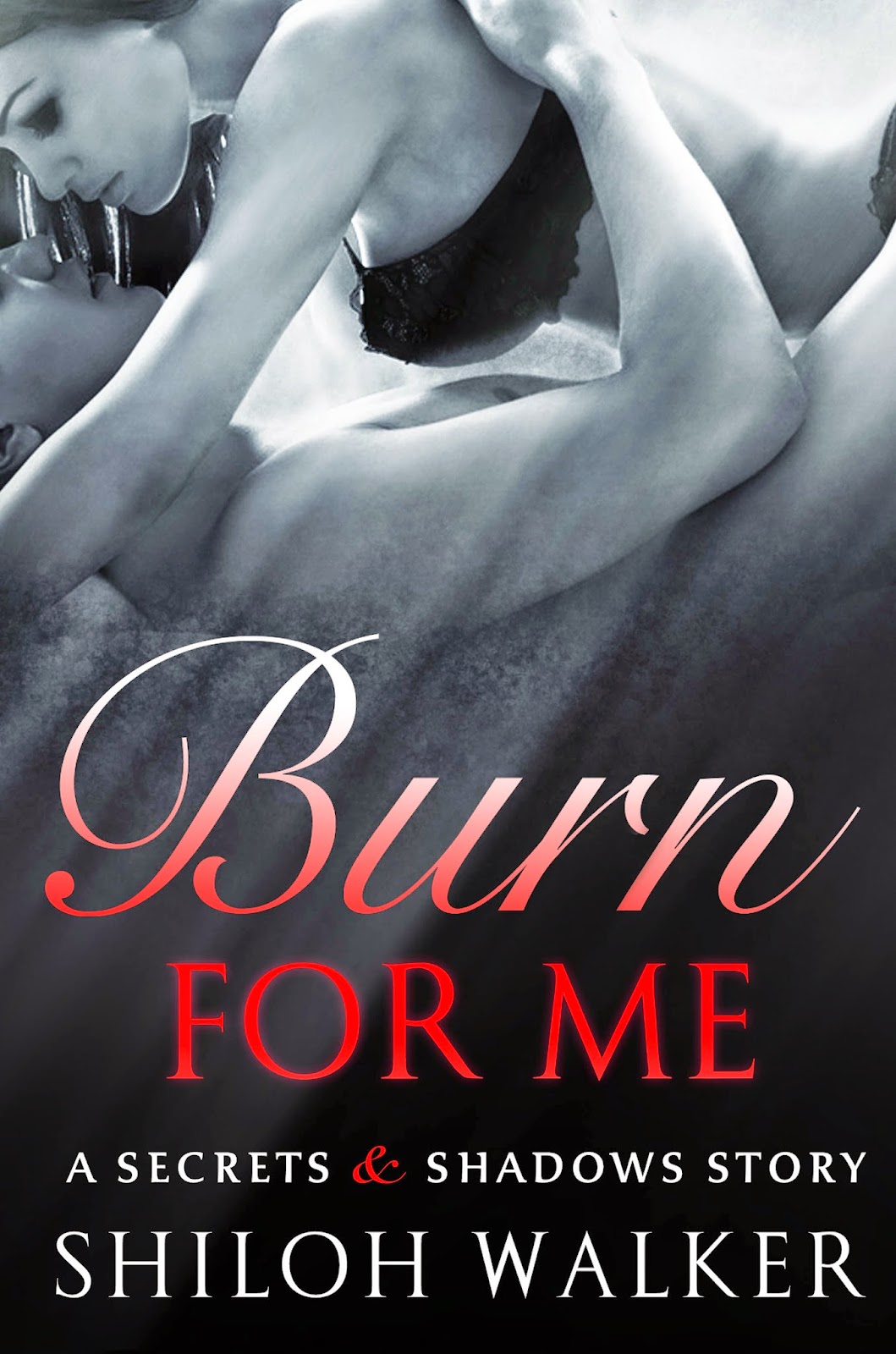 About BURN FOR ME:
Scarred long ago by the disappearance of his mother, Nichole, Tate Bell aches to spend his days and nights with Ali Holmes, a woman he’s loved for years. But while Ali’s heart pines to be with Tate, her head has reservations...

Ali knows that Tate has never forgiven his father for the fight he had with Nichole right before she left the house—and was never heard from again. Ali thinks that Tate's unresolved anger is a force to be reckoned with...even though the heat that blazes between them is undeniable. Now both Tate and Ali are left to wonder: Can love really conquer all? Get lost in a world of secrets and shadows in Burn for Me by Shiloh Walker. 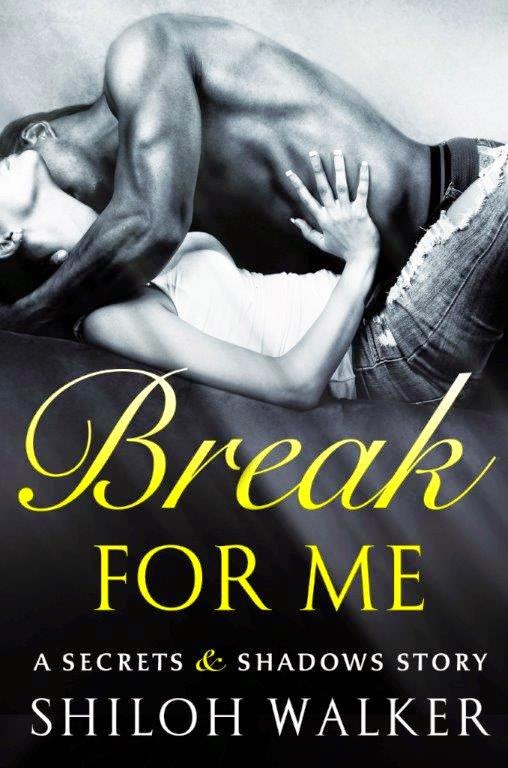 About BREAK FOR ME:
Jensen Bell had twelve happy years before her mother disappeared and her whole world went to pieces. Since then, she's become a cop—one who takes great pride in her work, and in helping keep others safe. The saving grace in her own life has been Dean West, the only man who can make her burn with desire and help her through her burdens. But when a shocking discovery turns her life upside-down, even being wrapped in Dean’s arms might not be enough to keep her out of harm's way, in Break for Me by Shiloh Walker.

Shiloh Walker has been writing since she was a kid... she fell in love with vampires with the book Bunnicula and has worked her way up to the more...ah... serious vampire stories. She loves reading and writing anything paranormal, anything fantasy, but most all anything romantic. Once upon a time, she worked as a nurse, but now she writes full time and lives with her family in the Midwest. She also writes under the pen name J. C. Daniels.