Since He Really Feels (He Feels #3) by Lisa Suzanne with Excerpt, Playlist & Review 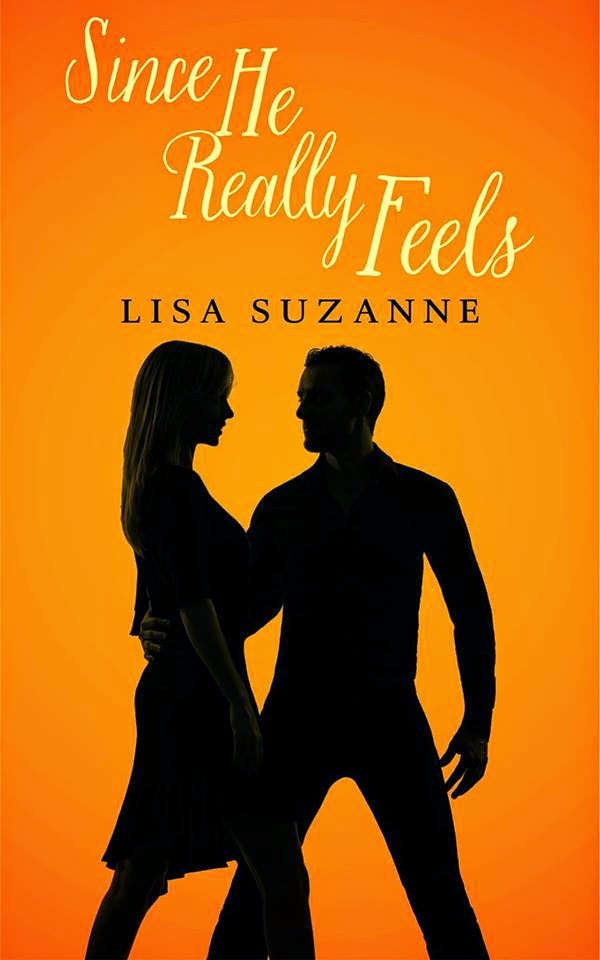 Synopsis
Julianne Becker has a choice to make between love and history. She needs two men in her life, but ultimatums and secrets are forcing her to choose.

Nick Matthews has a choice to make with potential costs that will put Julianne in temptation’s way. Since He Really Feels what he does for Julianne, can Nick put aside his fears to ensure that the past doesn’t destroy the future he has always wanted?

Travis Miller thought he made his choice, but obligations may just push out the best thing that’s ever happened to him. Since He Really Feels allegiance to his family, can Travis keep his past and present from colliding?

Julianne and Nick know they should form a united front and make these decisions together, but knowing what to do and actually doing it are two very different things. Will Travis’s presence in their life pull them together or push them apart?

This is the passionate and emotional concluding book of the He Feels Trilogy. 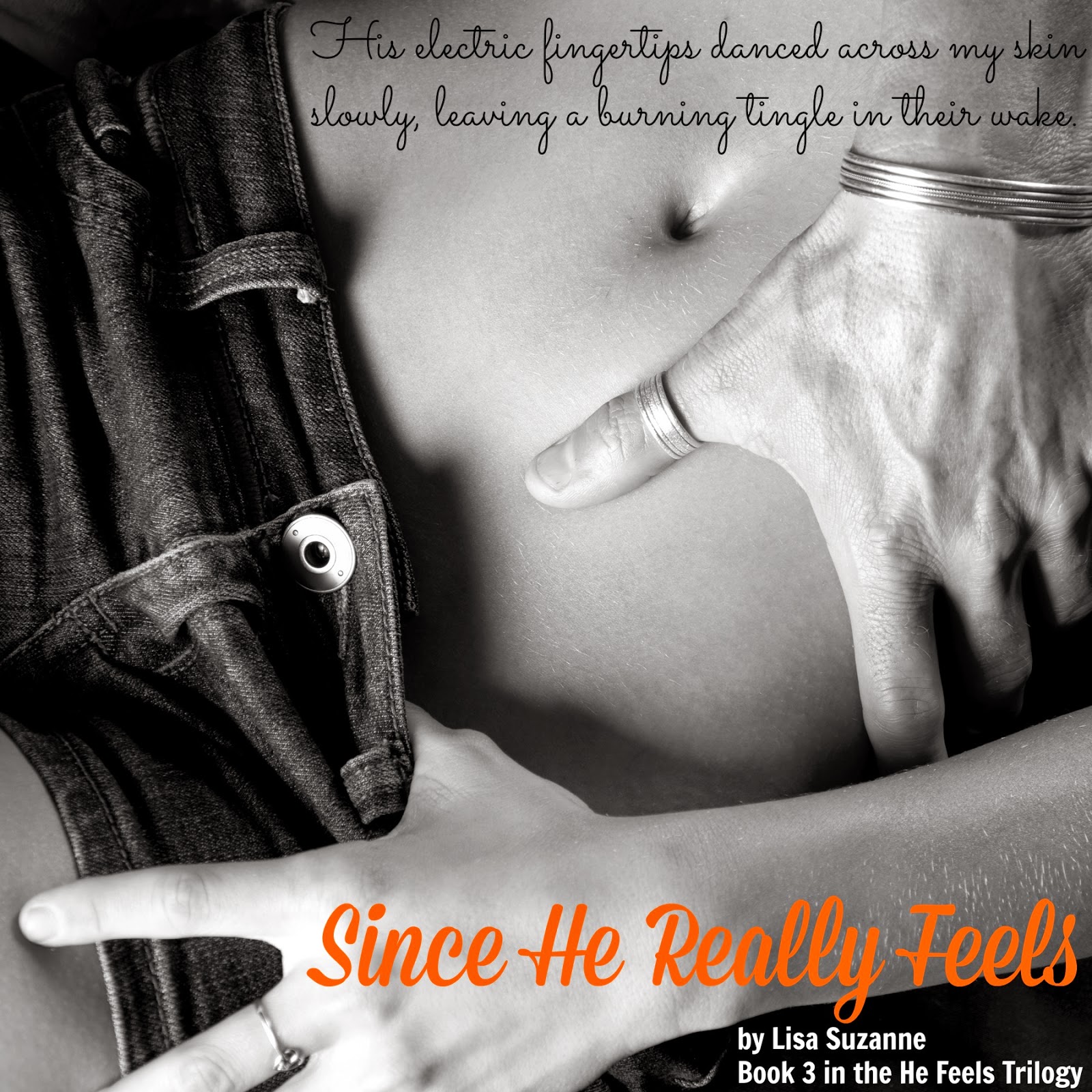 Excerpt
I walked into his office and stood on the opposite side of his desk from him. “Nick, you know I choose you. I can’t live without you. I love you, and I can’t wait to become your wife.”

He gazed at me for a long moment, and then the corners of his mouth tipped up into a small smile. “My wife,” he repeated.

He stood up from his chair, the leather squeaking as he rose. He walked over to the door and shut it. Eric and Josh, Nick’s roommates, were around somewhere, both getting ready to move out by the end of the month, and clearly Nick wanted privacy. With me.

After he shut the door, he stalked over to me. “My wife,” he whispered again, taking me in his arms.
“Let’s not fight,” I pleaded.

“Deal,” I said, and I pressed my lips to his. The familiar buzz zipped through my spine as his mouth took mine aggressively. I loved the way his tongue moved sensually against mine, and the slow burn in my belly made its way down as desire overtook every sensation in my body and every thought in my mind.

His electric fingertips danced across my skin slowly, leaving a burning tingle in their wake. He found the hem of my shirt and lifted it over my head, tossing it on the floor next to us and then removing his own before his lips crashed back down over mine. He unsnapped my bra with one hand as the other hand pressed into the small of my back. The feeling of his fingertips across my skin was utter perfection.

He was truly an expert at seduction, and he was mine. 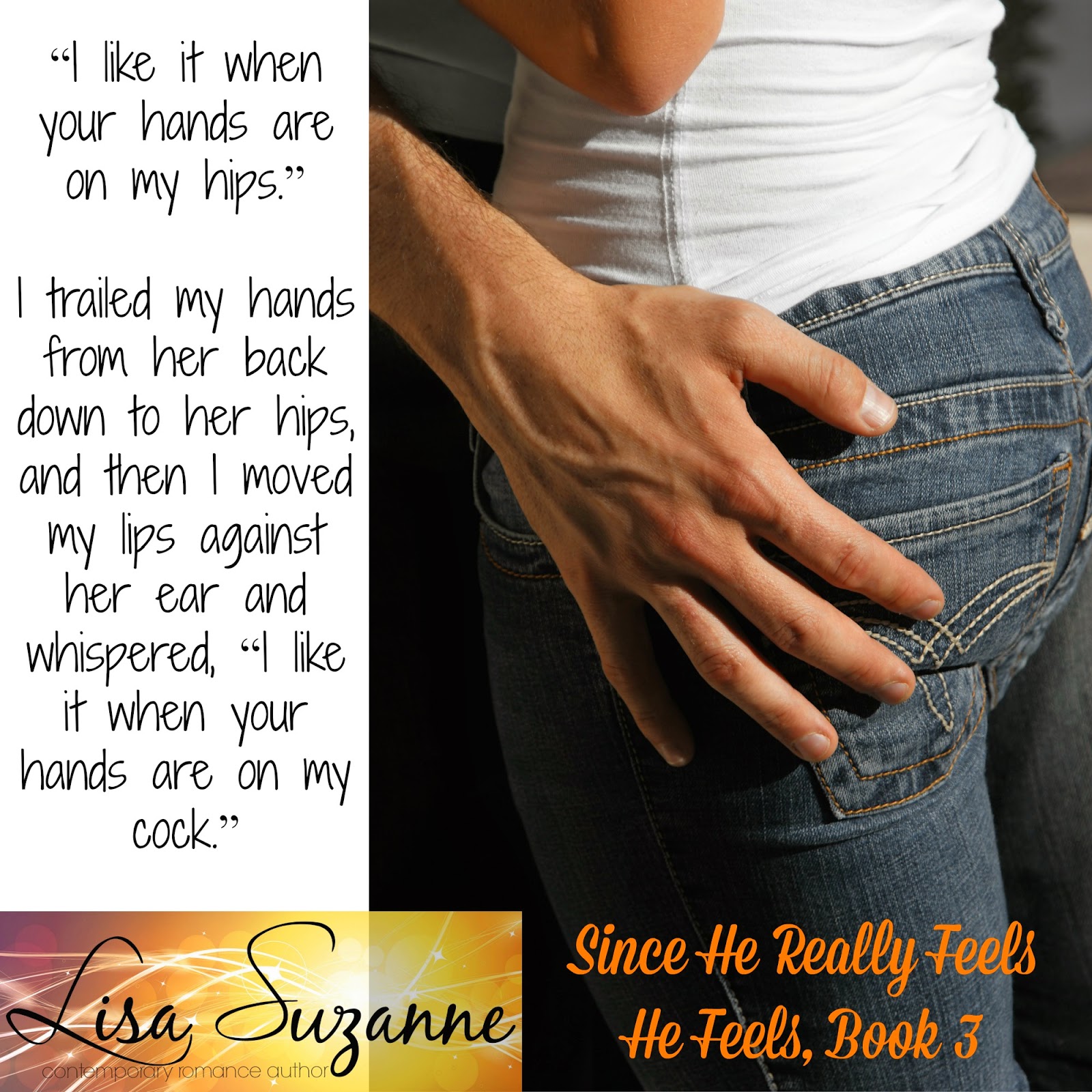 Review
4 1/2 stars
This was a really good series to read. It seems a bit complicated, and well, it is. This is the final book in the series, so if you haven't read the first two, go read them before you read this one.
I really enjoyed the way that Lisa  brought everything together in this book. Bringing almost everyone full circle.  It took a little time, but once everyone was able to really know that they were really where they should be, instead of what if-ing themselves to death, this was great. There was a lot of character growth in this book and I loved that. Each and every one of the main characters has pulled one or two stupid things that they've needed forgiveness for, and they probably will in the future.
Nick and Julianne will probably always be fiery and insatiable with each other, I loved that they were so passionate with each other. Travis and Lindsay are more stable, but just as wrapped up in each other, as it should be. I loved that all of the main characters; Travis, Julianne and Nick were able to move beyond the past and begin looking toward a future. I love that the future included them all and Lindsay in it.
I was very happy with the way that everything turned out, great job with  everything Lisa! The story line was well thought out, and it played out really well. Although this was the last book in this series, I look forward to reading more of your work in the future. 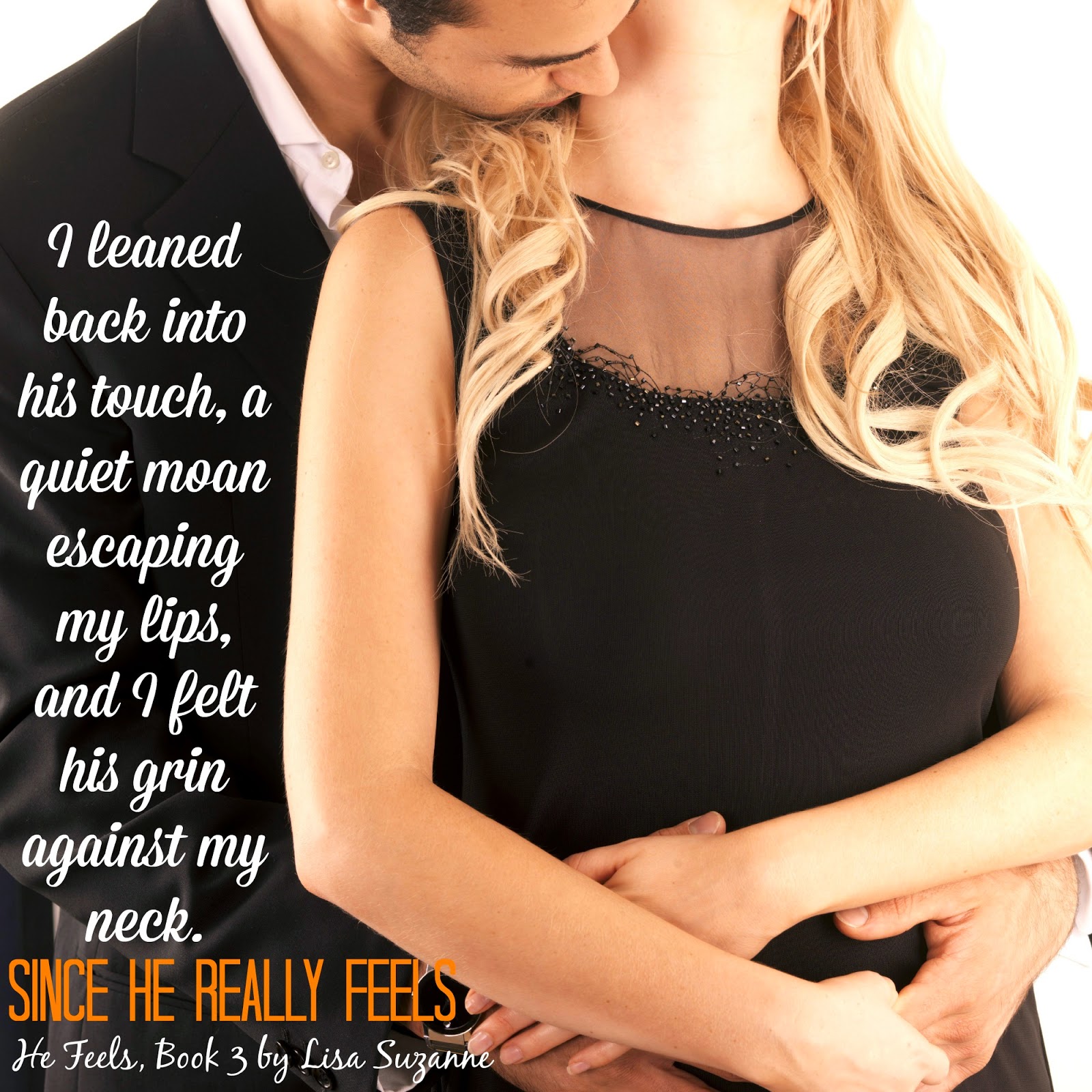 Check Out The Rest Of The Series 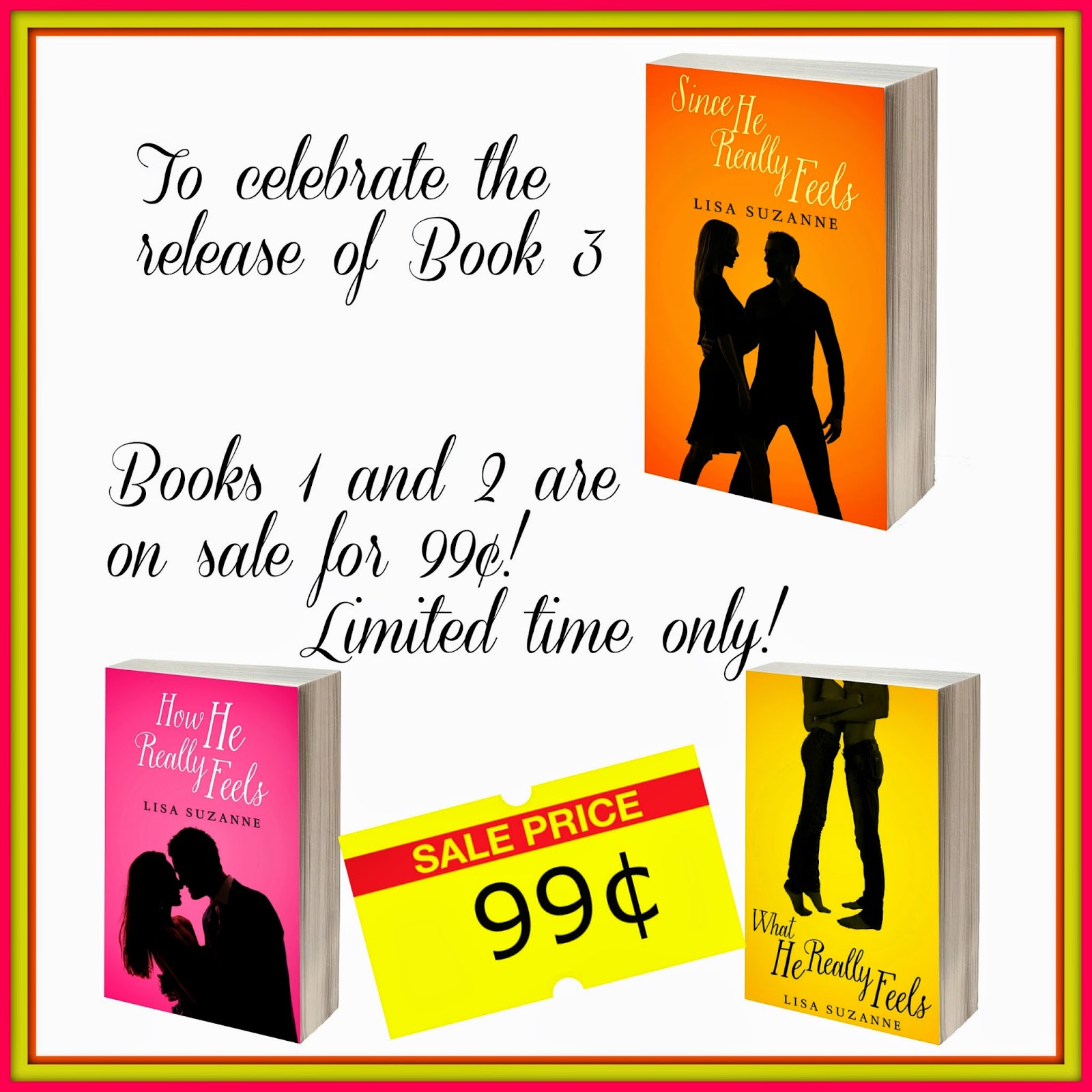 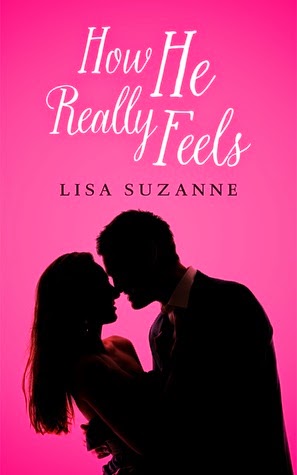 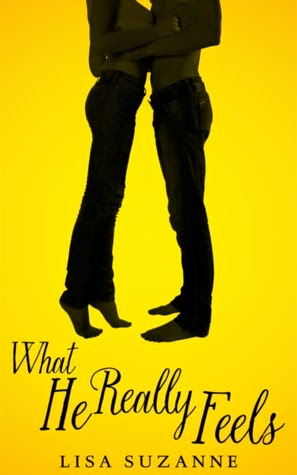 
About the Author
Lisa Suzanne started handwriting her books on yellow legal pads after she took a creative writing class in high school. She still has those legal pads full of stories, but now one of them is published under the title How He Really Feels. She currently works as a full time high school English teacher, and her favorite part of the year is summer. She has been blessed with the world’s best dog, a supportive family, and a husband who encouraged her to publish after reading one of her novels. She likes the advice of Ernest Hemingway’s famous quote, “Write drunk. Edit sober.”