Raven Hayes experienced a love she thought would last forever. Declan Collins consumed her from the moment she fell into his arms. Their love was what fairytales are made of. But when his band is given an opportunity of a lifetime, he made the one choice that would tear them apart.

Walking away from him and leaving for the summer seemed to be the best idea to mend a broken heart. With the love and support of her best friend, the pain eases, but a decision has to be made. Is Declan her forever? Is she prepared to have a place in his rock star life?

Declan’s broken when Raven leaves. She tamed him and taught him what all- consuming love is. So many factors tried to pull them apart, but his choice was the one to push her away and possibly into the arms of another man. Losing her is not an option. Now he’ll do anything to get her back. And this time she will never doubt the depth of his love and commitment to her.

The journey to their happily ever after is paved with obstacles and challenges, will their love survive? 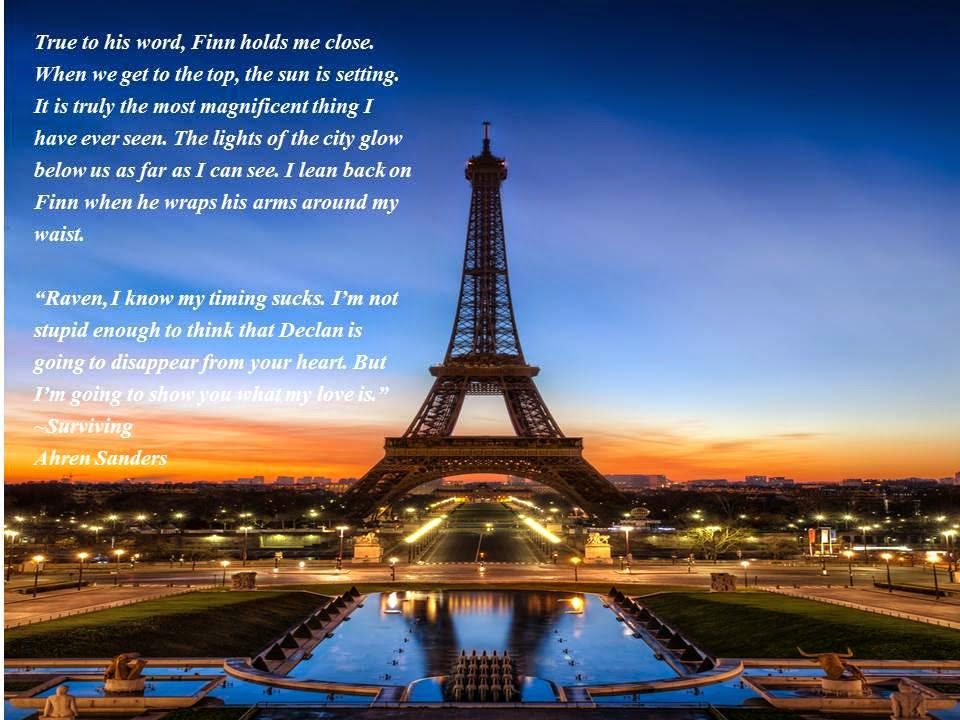 She keeps talking, but I don’t hear a thing she says because when she walks around the island, I see what she is wearing. She dressed is some sort of wrap around black dress that hits her knees. The shoes are bright pink with bows on the back and make her legs look a mile long.

My dick jumps in my jeans and I know we’re going to be late to her parent’s house.

I stalk to her and pull her into me until our mouths crash together. My hands rub up her sides dragging the material of her dress with them. She whimpers against me and tightens her arms around my neck. I move one hand down and feel her bare ass.

Holy Mother of God. I’m not going to make it to the bedroom. “Your choice counter or wall?” 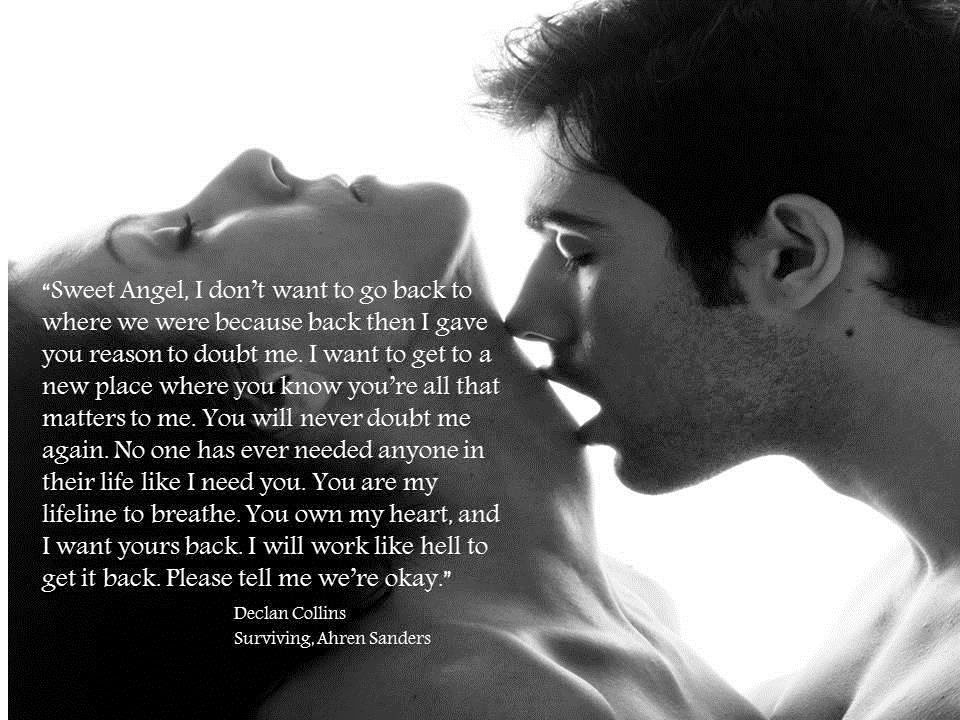 5 stars
This book picks up right where the first left off. Declan is kicking his own ass for not saying anything to Raven and letting her get away. He knew he should have said something earlier, but things were moving too fast. Declan is kicking himself because, looking back he knows he screwed up big time. He's pissed at everyone else in the band, their management, and mostly himself. Declan vows to get Raven back, he just has to figure out how.
Menawhile, Raven and Finn are in Paris, and she's devastated. She tries to move on with her life, but after Finn confesses his feelings and she really tries to be with him, they both decide that their friendship is more important. I'm pretty certain that lots of people are going to be pissed at Raven for what happens with Finn, but in her heart, and in Finn's, they both know that she belongs with Declan and that is where her heart truly lies.
There is so much that goes on in this book. Once Declan and Raven do get back together, there are people who try and come between them again. This time the results are much different. The entire band and management team know that Raven is important to Declan, so important that if he has to choose, he'll choose her and not them. Declan makes that very clear to everyone, and the band supports his decision after what went down over the summer with her gone because of their pushing.
There is betrayal, reuniting, redemption, love, jealousy, and some danger as well in this book. When it's found out who is responsible for the attacks on Raven in the media, shit gets real. There are consequences to be paid and it's really not pretty. But it is well deserved.
I do have to say that although this is a long book, it's most definitely worth the time for the amount of story you get. I loved Declan and Raven's negotiating style. Awesome! All the characters that are in this book are fantastic and I would be going on forever if I got into each relationship and what happens. I loved the ending, how happy Raven and Declan are, and would really love more from/about them. Maybe Ahren could write about Finn and Max finding the girls for them, they deserve it. I'm pretty sure they're the only ones who leave the book without significant others. Pretty much everyone gets paired up with someone else in this book, except for Finn. Finn is still looking for that elusive one that completes him.

Ahren spent her formative years living in an active volcano. There her family made collectible lava art. She studied rock collecting at the Sorbonne in France. There she met the love of her life-her pet pig Sybil. She returned to the states and started writing. She is happily married to a guy who used to live under a bridge and she met while pole-dancing. They have one amazing daughter.

Now, meet the real me. I’m a wife, mother, and full-time Human Resource Specialist. Living on the Florida coast, my family spends a lot time at the beach which is my favorite place to get lost in books. I started writing my first novel, Surrendering, in the spring of 2013 and have received incredible support from the Indie community. I’m so excited to share my story and hope you enjoy reading the story of Raven, Declan and their crazy flock of friends.