I’m a firm believer that everything happens for a reason, that there was a path we were all supposed to be on and the choices we made led us to those paths. My path led me to work on the Johnson farm in Texas, where I met Landon, the owner’s son. He worked there during the day and raced cars for fun at night. He was a bad boy with a reputation that exceeded my own. The guy all the girls wanted to change, the one that hooked up with random girls because he didn’t do relationships. He was exactly the kind of guy I wanted to stay away from, but there was something about him. It wasn’t just his looks, although they didn’t go unnoticed. There were layers I wanted to peel back and reveal. I wanted to know the real Landon Johnson. All the choices I made led me to him and he would change my life forever. 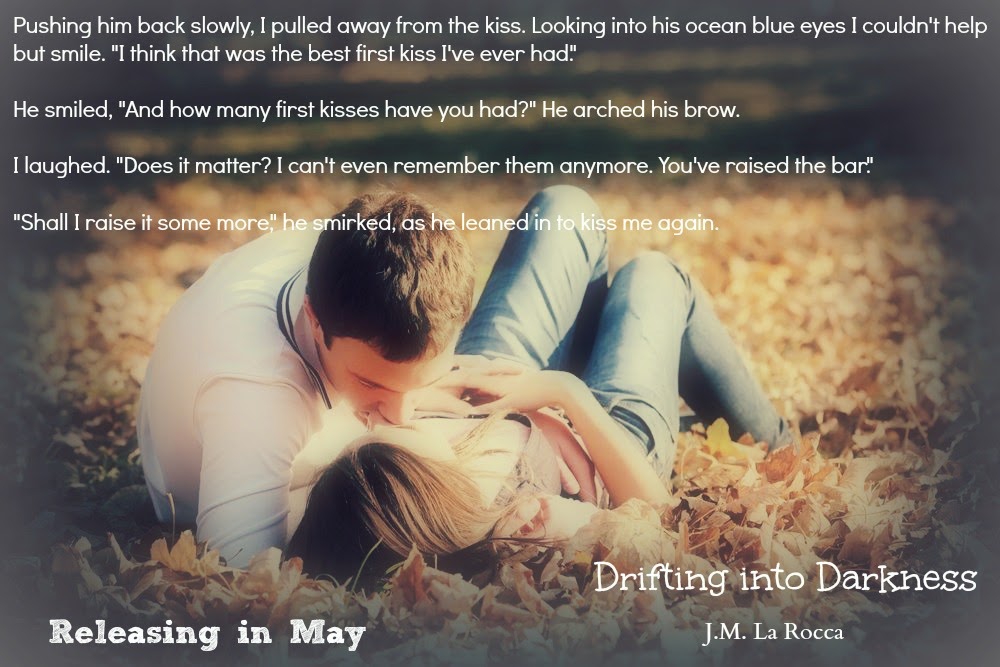 I pushed the door open and got out of the truck, happy to finally be home. I turned to say goodbye and thank him for the ride, but he had gotten out of the truck as well and was waiting for me in the front of it. I frowned and closed the door, walking slowly toward him so I wouldn’t trip over my own feet. It was hard enough trying to keep my head upright. I didn’t need to trip and fall on my face. “What are you doing?”
He smirked at me. “I’m walking you to your door. I’d hate to get you home safe, only to have to fall down the steps when you got here.”
He had a point, I thought as I snorted and slapped him in the chest. “Well, I guess ya didn’t fail charm school after all,” I drawled in a horrible southern accent, which caused him to laugh. Oh, God, I really need to go inside and away from him before I embarrass myself even more.
I walked toward the stairs with Landon following behind me. As soon as I took the first step, I stumbled and fell forward, but quickly grabbed onto the railing before I sustained any real damage. Jesus, I don’t think I’ve ever been this drunk before. Note to self: never drink Lisa’s drink concoctions again. Landon’s hands were on me as soon as I fell and he hauled me up, wrapping his arm around my waist.
“See, now aren’t you glad I was here?” he stated sarcastically.
I looked up at him and rolled my eyes. “Yes, Landon, you are now my knight in shining armor,” I giggled.
He chuckled and held me close, helping me up the rest of the stairs. I couldn’t help but notice how nice he smelled being nestled against his side either. Somewhere in my drunken haze, I knew that under normal circumstances I wouldn’t smell him up, but since this wasn’t normal circumstances, I smelled him without shame. I was sure he noticed too since I literally stuck my nose on his shirt and took a big whiff, causing him to laugh softly.
As we got to the last step, I pulled away from his hold and dug my keys out of my small satchel. “Thanks for giving me a ride and helping me up the stairs,” I said as I opened up my door. I stepped inside and turned to face him, giving him a drunken smile that I’m sure looked anything but. “I’ll see you on Monday,” I blurted before I closed the door and locked it.
I took my satchel off and tossed it on the couch before heading to the kitchen for a bottle of water and some aspirin. Then I dove head first into my bed, knowing tomorrow I’d have one hell of a hangover.

My Review: 5 stars
Sadie believes everything happens for a reason. So there was a reason she ended up in Texas, and a reason she met Landon. Sadie is a fiesty, no nonsense, straight to the point kind of girl. I really like that about her. She was just honest and upfront about how she felt about everything. Damn, where to start with Landon? No, he's no saint, and he's far from perfect. But he is perfect for Sadie. They both work on his families farm and don't get off to a great start.
Eventually, they get to know each other and things progress from there. This was a beautifully written story. Its full of forgiveness, new beginnings, love, loss, and learning to leave things in the past. I'm not going to go any further than to say that if you miss this book, you will be missing a great one. Sadie and Landon were beautifully flawed, but perfect together.
I have to say that there will be some people who will be pissed of at this book when they're done reading it. I'm too heart broken right now to be pissed. I am still trying to wrap my head around the ending. I will say that this was a damn good book, and I don't regret reading it. Yeah, it made me cry. Good books do that to me. Team Landon all the way.

FACEBOOK * GOODREADS * TWITTER * AMAZON
J.M. La Rocca was born in Chicago, IL. At an early age, her family relocated to lower Alabama where she began her love for writing. She currently resides in Pensacola, FL with her husband and twin sons. As a stay at home mom, La Rocca was able to pursue her love for writing. It was always an unrealized dream to write her own book. With the encouragement of her mother, La Rocca began to set to paper her ideas for her first book.