Forged, Book 2 in the Burning Souls Series by M.J. Fields with Giveaway & Review 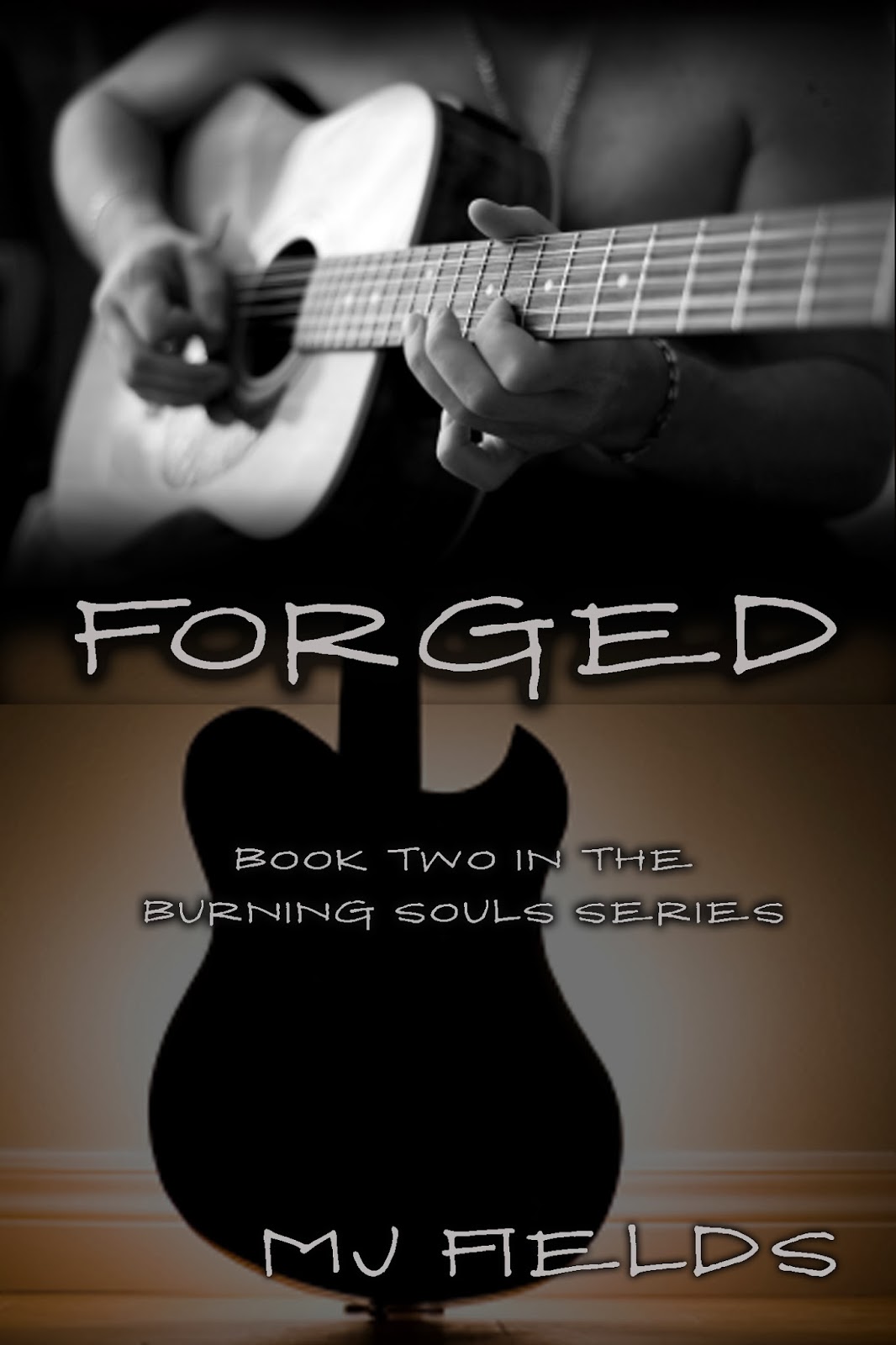 
Synopsis
Maddox Hines walked away from the things he took comfort in, sex, drugs, and rock and roll. Things that helped dull the pains from his past and allowed him to continue waking up each day and push forward. He set out to win back the love of the girl who held his heart for five years. A girl who he knew was too good for him, deserved better than him, but it no longer mattered.

Maddox set out to win her back. When he found her a life changing secret was revealed. One he felt was a blessing not a curse.

Harper Abrahams fear of disappointing her family came to fruition and Maddox was her rock. When their family left to return to their homes Maddox stayed behind believing things were going as planned and determined to earn her trust back.

Harper pushes him away to guard her heart from what only he was capable of doing to it. Harper loves Maddox but can no longer trust him, there was too much to lose. Pushing him away she hangs onto Blake her friend, confidant, and the man who she knows would be perfect for her. He had never let her down and she knew he never would.

Maddox holds strong in his fight, he won’t lose her again. His persistence pays off but will it get them through what lies ahead. Will the sins of his past annihilate his dreams for his future with Harper? Will he be strong enough for her when she needs him the most?

Excerpt:
“I’m going home,” Harper stood up and walked towards the door.

Maddox sprung in front of her, “No Harper-- answer the question! I’ve been sitting here for over a fucking week waiting to talk about this with you. Giving you space to figure out how you wanted to proceed with this.”

“Harper please, just sit, just tell me what you want… but just so you know: me walking away is NOT an option.”

Maddox leaned against the door and smiled, finally.

“I know,” he smiled and walked towards her, “Come on, sit, lets work this all out.”
“I don’t want to, I’m tired and cranky and...What are you doing?” Harper squealed when Maddox picked her up and started carrying her towards the master suite.

He kept walking with a smug look on his face.

“If this is some evil trick to get me in bed…”

Maddox laughed and kissed her head and set her in the middle of the bed. Harper scooted to the headboard.

“It’s not funny,” she snapped. Maddox crawled up from the foot of the bed his eyes fixed on hers, “Knock it off.” She looked away and he stopped and sat on his knees.

“Let’s talk,” he took a deep breath and she looked at him her eyes widened, “Harper-- don’t look at me like that.”

“Fuck,” Maddox hid his face in his hands.

Harper pulled them away, “I thought we were going to…”

Maddox grabbed the back of her head and kissed her lips gently, when she didn’t pull away he kissed her again and ran his tongue slowly across her lower lip causing her to whimper. He started to pull away and she grabbed his bottom lip with her teeth.
He groaned against her mouth. Harper climbed on his lap.

“Sweetness, don’t start something you don’t want to finish,” he pulled back and looked at her.


This book picked up right where the first left off and really concentrated on the relationship between Harper and Maddox. They're both screwed up. Maddox has good reason and works on it every day, consciously. Harper, I think, is being a little selfish. After everything he went through in his life to get to where he was, she goes and pulls this crap on him? Then when they finally talk about everything and figure out what's going on between them, some crazy things happen. Again, Harper takes her anger out on Maddox, which is completely unfair to him. But I think it says something about how strong he is that he realizes exactly what she's doing, and is there for her. I love that their families are there for them. I love Brody, Emma, London, Lexington, Collin, Tessa, Matthew, CJ, Ava, Luke - all of them. They sound like amazing people who care for each other deeply. I still think that this series should have a prequel that explains what happened to Maddox, or how they got him back. Then I think there should be a book about Brody and Emma, and another about Tessa and Collin. Again, prequels to Stained. Just my opinion. M.J. once again did a great job with the characters and the writing. Everything flowed, as it should. I'm hoping there's a next book. 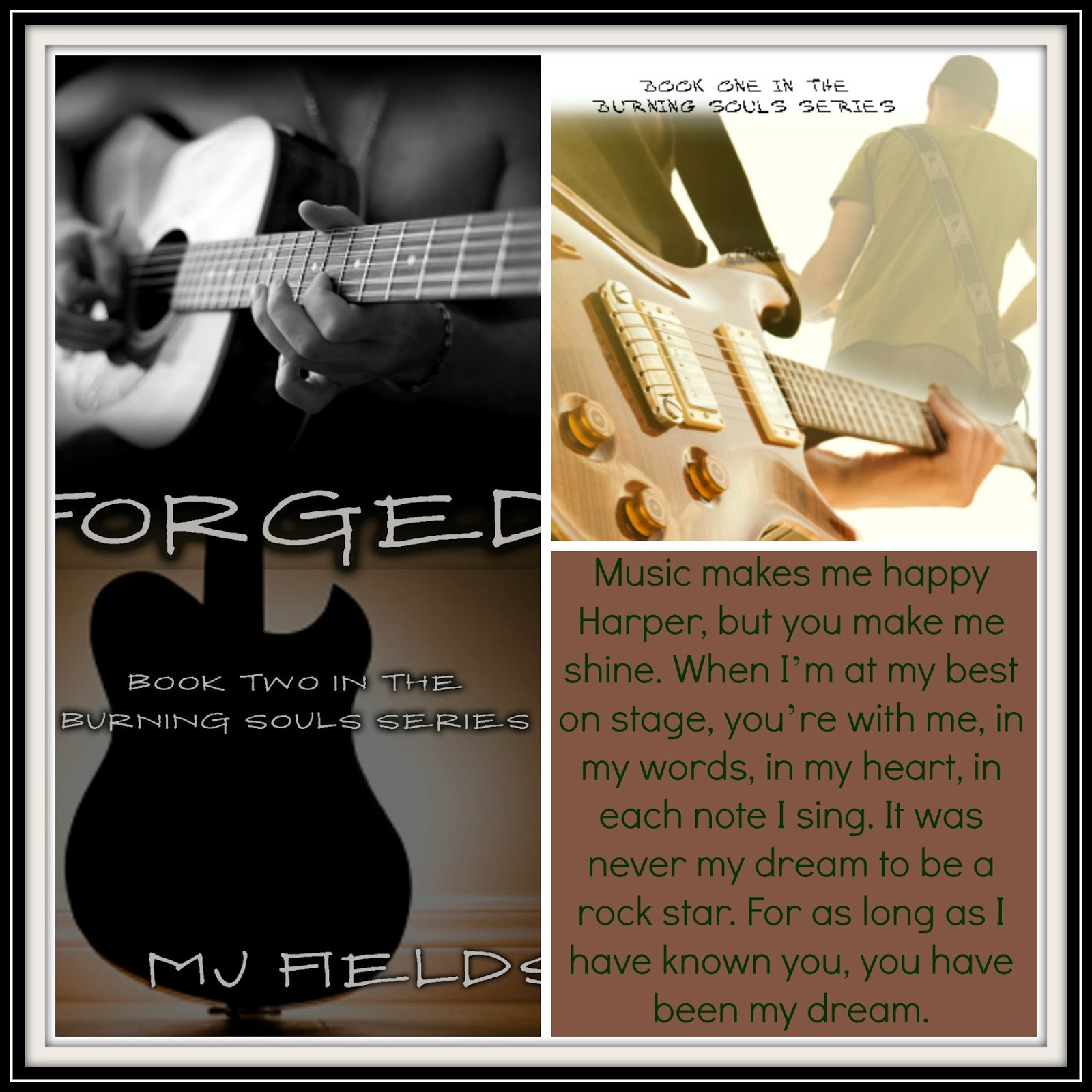 Author Bio
I am a very new self published writer. I will tell you I have always had a very vivid imagination. Starting at age 3 (as it states in my Baby Book).
Sigma was my very first love (imaginary boyfriend). He lived about fifteen miles from my childhood home, (a farm). I took him chicken noodle soup every night on one of our families snowmobiles, (Summer, Fall, Winter, and Spring). Apparently he was very ill and "Thank God" I was able to take care of him.

Next was my very first self publishing gig. At eight my cousins and I (and yes I was the president) wrote a newsletter and sold it to our family members.

Years later I decided to put it back into print to entertain my cousin as she was on an aircraft carrier on 9/11 (Kick ass cousin BTW) and very far away from home during a very scary time for our country, (protecting our butts).

Fast forward to 2012. I read 50 shades and thought, I wanna do that, (meaning writing). I have two complete series The Love Series, and Wrapped. I have two new series Burning Souls and Men of Steel. Twelve books in 15 months. CrAzY and wonderful.

I love love! ( I would love to reference Pinks new song here, however I am not sure if that would cause copyright issues.)I also tend to enjoy watching people grow and change with self realization and moments of clarity that just sneak up behind you and smack you in the head. I love people and have always been able to see both sides of a story. Each person that comes into our life leaves us with something it is what we choose to do with it that helps us grow.

I live in central New York in the middle of nowhere and am surrounded by family and friend most the time. I run a small business out of my home and spend time reading and doing the typical Mommy things. Our house is full of pets and friends and noise ninety percent of the time, and I would have it no other way. 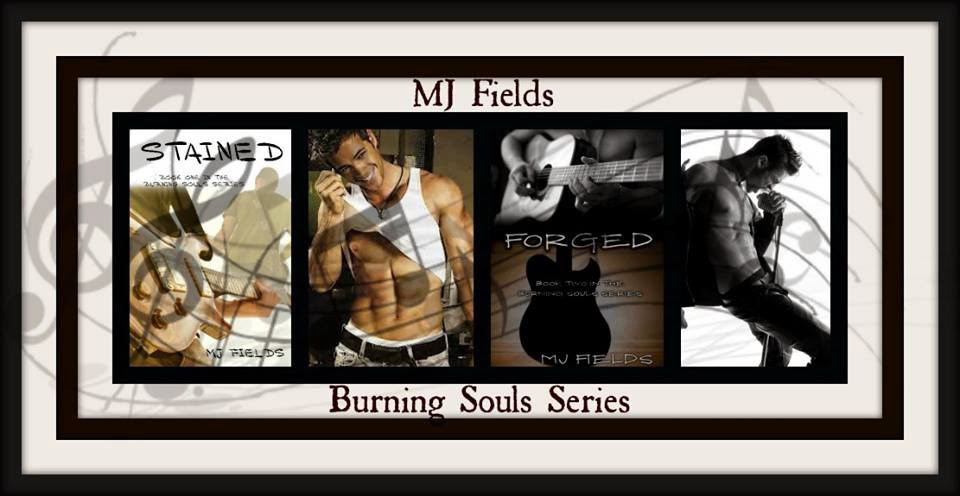 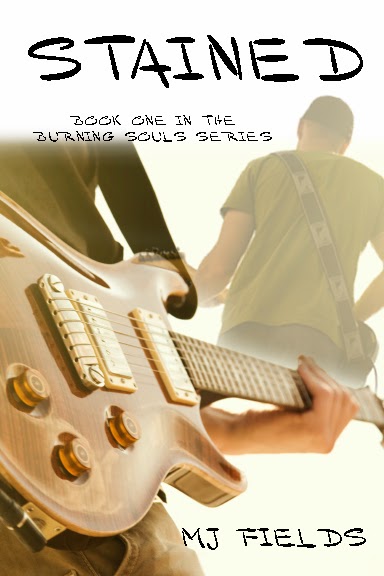 Synopsis
After nearly sixteen years in hell, Maddox finally rises from the ashes. Held captive since birth he never knew normal until the day he watched as two men opened fire on the place he had merely existing since birth. He watched as the woman who visited sporadically throughout his life, a woman he later found out was his mother, as shot dead as he was dragged into the back of a black car by Brody Hines, British Rock Star. Brody’s own twisted past brought him to discover a son he never knew existed..

As a child Maddox took comfort in reading. It was his escape. His only glimpse at what life and love could be. The world he entered was something he could have never imagined. It was full of beauty and madness, yet still overflowing with hope and love.

Maddox Hines is a beautiful young man who was labeled by his school, and the world as emotionally disturbed, having Stockholm syndrome, separation anxiety and possibly being bipolar. His loving family knows better.

In part one of Stained, we watch as Maddox tries to do the right thing only to be beaten down by the true dregs of societies. Provoked, taunted, and his past exposed, Maddox lashes out the only way he knows how, physically

In part two, Maddox must flee the country to avoid being arrested, separating the family he loves. Returning to England, bringing his nightmares even closer to him. Maddox tries in vain throughout the next three years to accept the repeated loss of Harper Abrahams. His one true friend, his first kiss, his secret muse, and the girl who held his heart from the very first time he saw her. He pushes her away knowing she deserves better, that he is not good enough for her, and that he could never be.

Nothing can stop his desire for her, his need for her, and when he cannot take it anymore he brings her back into his life only to realize she is no longer his and his alone. Maddox falls into the only comfort and escape he knows now, sex, drugs, and rock and roll. Maddox becomes his own worst enemy as he pushes away his new life bringing back the past.