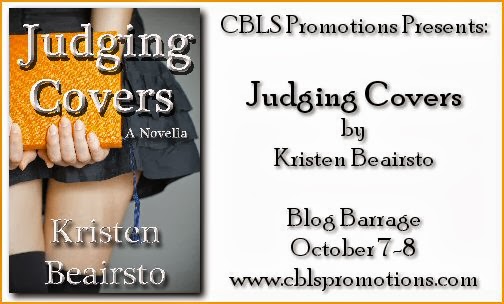 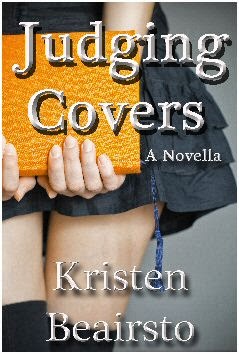 Available at:
This book will be available for FREE during this barrage (Oct 7-8)
Amazon: http://www.amazon.com/dp/B00E9IUDXS

Description:
Books have always been Juliet Marlowe's sanctuary; the one place she would never be judged or made to feel like an outcast.  But when tragedy strikes, she has to get her nose out of the antique tomes she prefers and become the guardian of her five younger brothers and sisters.

Jules struggles to make ends meet.   And with the constant threat of losing custody of her siblings if she doesn't maintain the standard of living previously set by her parents, she finds herself forced to make tough decisions and take risks.

One thing she knows for certain is she definitely does not have room in her life for a relationship.  Especially with a man who's trying to readjust to civilian life and who once held a starring role in her secret fantasies.  No, absolutely not, she does not have any room in her life for Roman Price and his smoldering gaze that triggers her irritating blushes with only a thought.

But when everything Jules has built threatens to collapse on her, she finds herself not only accepting Roman's offer of help, but starts to question whether or not she misjudged the situation from the beginning.

**Warning: This title is intended for readers over the age of 18 as it contains adult sexual situations and/or adult language, and may be considered offensive to some readers.**

Roman fought desperately to keep his shock in check.

This long-legged beauty was Juliet Marlowe?  The same timid girl who roamed the high school halls watching everyone as though a monster might pop out and eat her?

Man, she filled out nice, he decided as he moved towards her with an outstretched hand to help her up.  He carefully kept his gaze on her face.

When he walked in, his Navy training took over and he swiftly took in the situation, cataloging the various details of the scene.

Including the black bra easily seen through the soaked white blouse.

He felt a pull in his groin.  A welcome feeling, considering his lack of physical response to anything but pain over the last several months.

Struggling to recall her face back in high school, he could only remember how she used to duck and hide behind a book.  He wondered if there had been a hint of the smooth expressive features then.  Features, he couldn’t help noting, were bright red.

Embarrassment rated better than pain or tears, he figured, still worried she might have hurt something.  Reaching her, he bent down and offered his hand, “You think you can stand?  Anything hurt badly?”

She gaped at him, making him wonder if he had something on his face.  He didn’t think so.

As though coming out of her stupor, she lifted a hand to cover her eyes, “Please someone tell me he’s a mirage and I really just hit my head and am laying on the floor bleeding from a serious head wound.”

Frowning, Roman slowly stood and glanced for a second at the young boy she walked into the kitchen with.

The boy shook his head as he looked down at Jules, “She’s finally lost her mind,” he regarded her sagely.

Arching a brow, Roman returned his gaze back to Jules.

Hand falling away, she moved the brightest pair of blue eyes he ever saw to the boy.  He again wondered if he knew she possessed that vibrant gaze when they were teens.

“Finally?  You’re just now noticing,” she replied before turning her eyes back to him. 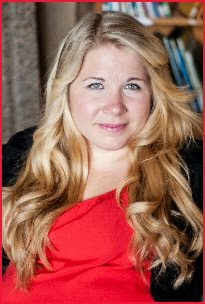 In between her to-be-read pile and trying to bring the characters in her head alive, Kristen spends as much time as she can with family and friends.  Much to her husband’s dismay, she enjoys collecting purses, shoes, and jewelry.  During those rare times she’s not working at her day job, rushing her daughters somewhere, watching movies with her husband, and trying to meet a deadline, she can usually be found energetically cheering for one of her favorite sports teams.

As with just about every other writer on the planet, Kristen grew up an avid reader.  She started with young adult before she technically hit the age range and moved on to sci-fi classics by Isaac Asimov and Ray Bradbury.  At fifteen, her best friend gave her a book she just had to read!  The book was Honest Illusions by Nora Roberts.  Always a sucker for a happy ending, she was a goner and fell in love with the romance genre.  Having started writing novel length stories at the age of eleven, Kristen’s stories all took a romantic turn from that point on.
Connect with Kristen Beairsto
Website: http://www.KristenBeairsto.com
Facebook: https://www.facebook.com/AuthorKristenBeairsto
Twitter: https://www.twitter.com/AuthorKBeairsto
Goodreads: http://www.Goodreads.com/KBeairsto
Pinterest: http://www.pinterest.com/AuthorKBeairsto


LINK TO TOUR SCHEDULE*:
http://www.cblspromotions.com/2013/10/blogbarrage-judging-covers-by-kristen.html
Posted by Unknown at 12:00 AM