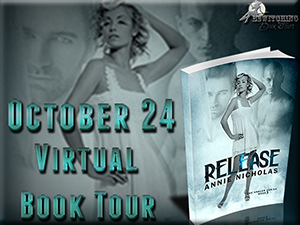 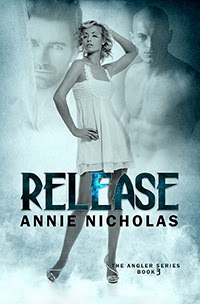 Nosferatu rule from the shadow and keep order over their blood-thirsty people. Bald with pointed ears, they give vampires something to fear. If a law is broken, they have only one punishment. Death. They are the most powerful clan in the Vampire Nation and the most monstrous.  Only a male vampire can be transformed into a Nosferatu, but not all survive.

Connie Bence is on the run with her two lovers, Rurik and Tane.  As leader of the Nosferatu, Tane’s only threat is his own clansmen, and they want all three of them dead. When Rurik began to lose his hair, rumors spread, and the Nosferatu accuse Tane of trying to transform Rurik into one of them illegally.

With the Nosferatu on their heels, Connie tries to figure out what’s changing Rurik and cure him before she loses him to blood lust.

Excerpt from Chapter One:

Like music playing in the background, nobody in the meeting paid any real attention to me. I was just a human caught in vampire society, their king’s blood slave. His plaything, which meant if Tane decided to crucify me in his yard, no one would bat an eyelash. Good thing Tane seemed to love me in his own sadistic way; otherwise my pampered existence would truly suck.

So I couldn’t comprehend why Tane had dragged me to an emergency Nosferatu clan meeting and insisted Rurik stay at our hotel room across town. The sudden role reversal did horrid things to my stomach. A room full of Nosferatu warriors would make any regular vampire toss their cookies. Let alone little human me. Antacids didn’t cover this kind of stress.

Sweat trickled along the crease of my spine. Silk and moisture didn’t mix. I controlled the urge to pluck at my curve-clinging dress. Why did I let Tane pick it? I’d been leaning toward buying a business suit when he’d intervened. Something about needing me to be a distraction…

Tane sat at the head of the conference table. Board shoulders straight yet his posture molded into his chair in a relaxed manner much like tiger watching his prey.  The artificial light gleamed of the surface of his bald head and the tips of his pointed ears. They curled around his head in a pretty fashion but I doubt anyone ever used that adjective to describe him. Words like hard, intimidating, and sensual came more to mind when I thought of him.

He faced five of the most powerful vampires in the world across the table. Their bald-headed and pointed-ear appearance made them seem more like Tane’s brothers than just clan. I stood behind his chair, where a good little blood slave should, and clutched his shoulder. That last bit wasn’t required, but touching him gave me the balance I required since my stilettos sank into the thick white wall-to-wall carpet making my stance unstable. I already felt like I stood on a tight wire. Any of these vampires could kill me with a thought. Only Tane’s favor kept me safe so when he launched into action, ordering his private jet prepared when they summoned us, my Richter scale of oh-shit registered a 9.0 on a scale of one to ten. I wish his clan had chosen another city to meet in though.

Monte Carlo was Las Vegas’s prettier sister. Gilded, it appeared more welcoming than its American sibling but under all the rich tapestry laid the same shit: drugs, sex, and rock and roll. Each shadow held a ghost of my past. The city sparked memories of empty liquor bottles and cheap motels. A time I wished I could permanently erase from my mind. Welcome to the adult version of Disneyland, where all your dreams could come true…for the right price. Even with the glitter, Monte Carlo was a tragic kingdom.

I could think of so many other things I’d rather be doing than attending a secret Nosferatu clan meeting. Tane might be king of the Vampire Nation, but the Nation didn’t include his nasty clan. They apparently ran things differently among themselves.

On the drive here from our hotel, he briefed me to stay quiet and follow his every order. If I gave him my usual attitude, he’d be forced to punish me in ways I’d rather not think about again. His clan didn’t take shit from anyone, which meant publically neither could he. I wore my good girl panties, crossed my fingers, and hoped I could keep my tongue in check. I’d like to keep my dignity intact thank you very much.

His clan brothers lined the wooden table, staring at us in silence. Not unnerving at all. I didn’t know the total number of members, but I was sure it took more than five to police all the vampires in the world. Two of them had humans hovering behind their chairs. Other blood slaves? Nosferatu weren’t known for herding, let alone bonding to someone forever—these types of vampires were predators, the things that kept regular vampire population in check. Had Tane started a new trend?

Being a blood slave was a two-edged sword. Our bond would last until death-do-us-part. His death, not mine. I would never age or get sick. However, Tane held my life and sanity in his hands.

With his hand resting upon his crossed knee, Tane assessed the others. “Why have you summoned me?” Straight to the point for a change. Tane’s whole existence revolved around subterfuge. I would have felt better if he’d started the meeting with a lie or started a rumor. This made me more nervous than the garrison of guards standing outside the room. Apparently, the brothers thought they should bring a small army with them, where we only brought Kam, the sole wolf shifter of the group. I chewed on my bottom lip. Poor planning on Tane’s part? I couldn’t believe that. He’d kept our group small for a reason. Inwardly, I cringed. That didn’t reassure me either.
About the Author: 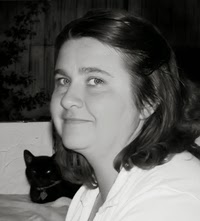 Annie Nicholas writes paranormal romance with a twist. She has courted vampires, hunted with shifters, and slain a dragon’s ego all with the might of her pen. Riding the wind of her imagination, she travels beyond the restraints of reality and shares them with anyone wanting to read her stories. Mother, daughter, and wife are some of the other hats she wears while hiking through the hills and dales of her adopted state of Vermont.