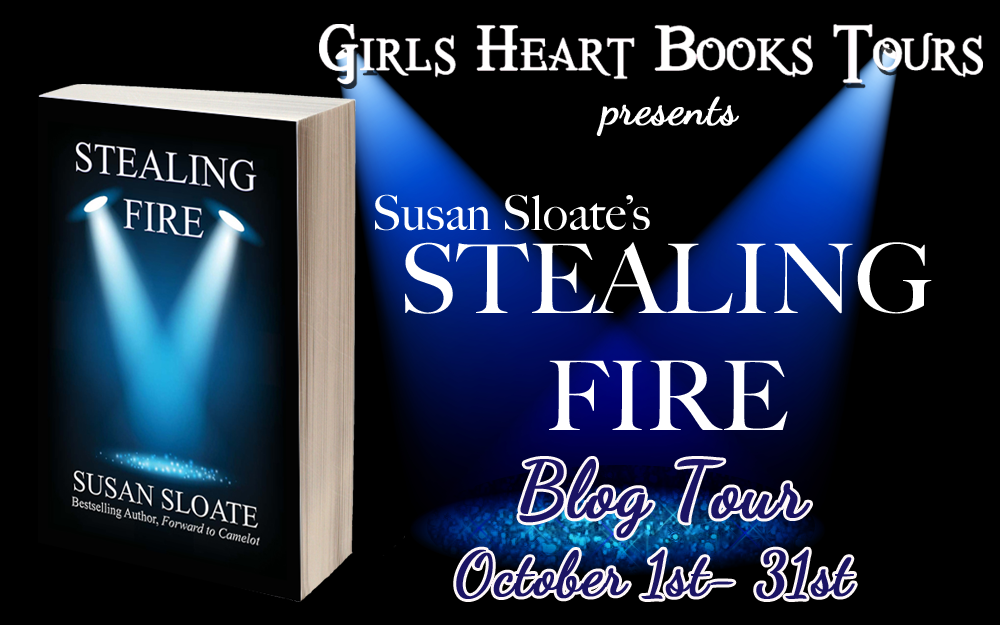 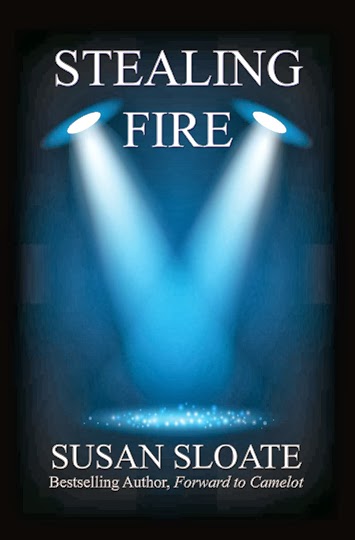 Blurb-
“How do you recognize your soulmate?

In glittery 1980’s Los Angeles, Beau Kellogg is a brilliant Broadway lyricist now writing advertising jingles and yearning for one more hit to compensate for his miserable marriage and disappointing life.

Amanda Harary, a young singer out of synch with her contemporaries, works at a small New York hotel, while she dreams of singing on Broadway.

When they meet late at night over the hotel switchboard, what begins will bring them each unexpected success, untold joy, and piercing heartache ... until they learn that some connections, however improbable, are meant to last forever.

STEALING FIRE is, at its heart, a story for romantics everywhere, who believe in the transformative power of love.”

STEALING FIRE was a 2012 quarter-finalist in the amazon Breakthrough Novel Award Contest.


A Short history/bio on each of the main characters:

AMANDA HARARY is my heroine. She’s 25 (this is 1982) but she’s not your typical twenty-something, not at all. She was raised with her mother’s thwarted dreams of singing on Broadway, and she’s carrying on her mother’s dreams. She loves old show music and really yearns for the kind of courtship and romance that existed years before - or at least, that her mother told her existed. She’s the assistant manager at a small New York hotel--that’s her day job, while she’s working on her singing career--and she’s very efficient and even-tempered on the job. Among her co-workers is a girl named Cherry, who’s about Amanda’s age, but they’re as different as night and day: Cherry is clearly a child of the ‘80s, while Amanda is a girl out of the ‘50’s. She’s the kind of young woman you can depend on--she’s honest, very hard-working and responsible, and terrific with the hotel guests. So it’s no surprise that she attracts Beau, who is high-strung, sensitive and has had a mostly unhappy life.

BEAU KELLOGG is my hero. He’s spent many years as a brilliant lyricist and librettist in the musical theater. (A librettist is the person who writes the story and script for a musical show.) So Beau is not just a poet who sets words to music, he also understands building story and characters and how to fit songs and story together to build an integrated whole. Beau has been in the theater since his 20’s, during the Golden Age of musicals, but he intended to retire years before, when it became clear his kind of musical was dying out. Unfortunately, his investments were lost in a stock-market crash, so he had to go back to work--and now he’s writing advertising jingles for L.A. ad agencies. He’s been successful at it, though he hates it, and when the story opens he’s being asked to meet with an agency in New York. A lyricist friend of his, also a Broadway show writer, got sick and dropped out of a big job, and recommended Beau for it. So Beau is coming to New York for meetings about a job he doesn’t want but knows he has to take, because the money is too good to turn down. His marriage is unhappy but inexorable; he can’t bear the thought of walking out on his wife, though his life with her is miserable. He’s a romantic as well, though it’s been many years since he’s allowed himself to think about that side of his life. He doesn’t know it, but he’s been waiting all his life to meet someone like Amanda.


a Rafflecopter giveaway
About the Author- Susan Sloate is the author or co-author of more than 20 books, including Realizing You(with Ronald Doades), a recent self-help novel, and the 2003 #6 Amazon bestseller, Forward to Camelot (with Kevin Finn), which took honors in 3 literary competitions and was optioned by a Hollywood company for film production.
She has written young-adult fiction and non-fiction, including the children’s biography Ray Charles: Find Another Way!, which was honored in the 2007 Children’s Moonbeam Book Awards. Mysteries Unwrapped: The Secrets of Alcatraz led to her 2009 appearance on the TV series MysteryQuest on The History Channel. Amelia Earhart: Challenging the Skies is a perennial young-adult Amazon bestseller. She has also been a sportswriter and screenwriter, managed two recent political campaigns, and founded an author’s festival in her hometown outside Charleston, SC.

Stealing Fire was a Quarter-Finalist in the 2012 Amazon Breakthrough Novel Award contest and combines autobiographical experience with her lifelong love of the musical theater. She is proud to be distantly related to Broadway legend Fred Ebb, the lyricist for Cabaret,Chicago, All That Jazz and New York, New York.