Take It Off Series by Cambria Hebert Giveaways with Reviews, Book Soundtracks and a Set of Character Bios 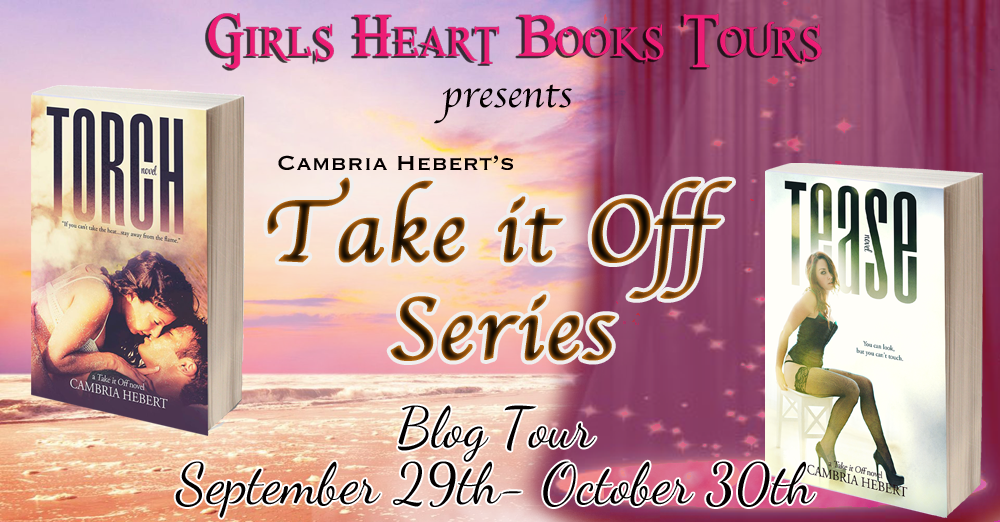 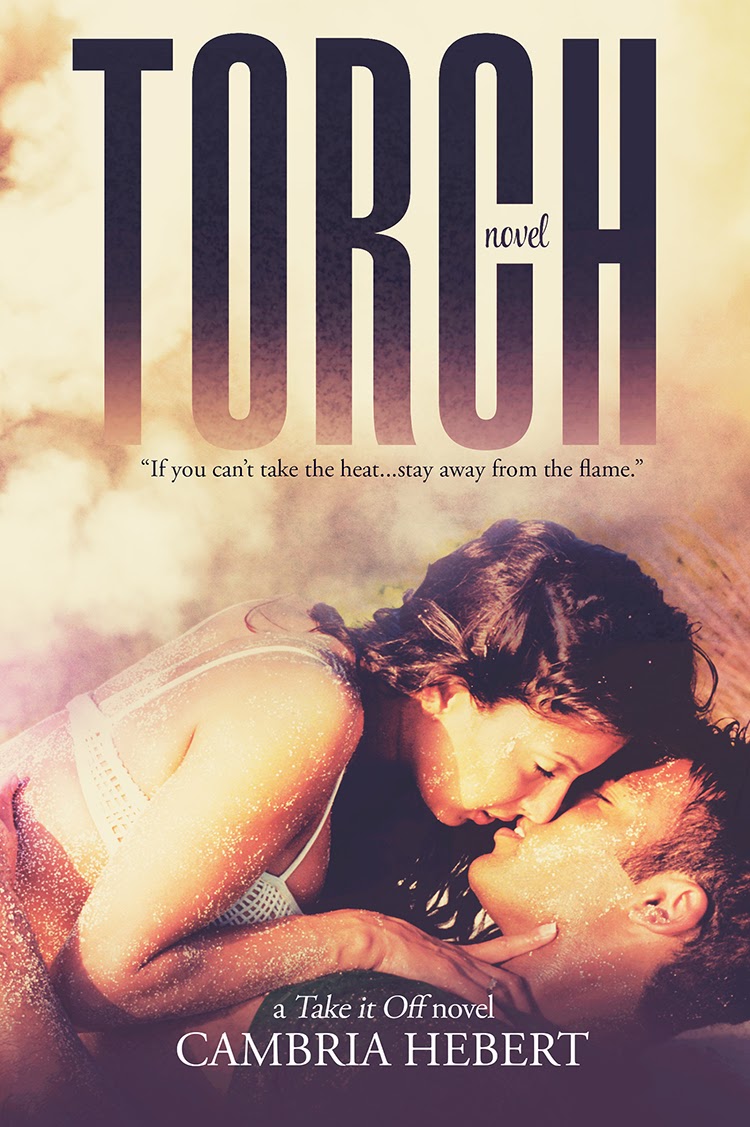 If you can’t take the heat… stay away from the flame.

Katie Parks has been on her own since the age of fifteen. All she’s ever wanted is a place to call her own—a life that is wholly hers that no one can take away. She thought she finally had it, but with the strike of a single match, everything she worked so hard for is reduced to a pile of smoking ash. And she almost is too.

Now she’s being stalked by someone who’s decided it’s her time to die. The only thing standing in the path of her blazing death is sexy firefighter Holt Arkain.

Katie’s body might be safe with Holt… but her heart is another story.

Here is a little information about the main character’s of TORCH! Katie and Holt! A little FYI Katie’s name was originally Meghan. BUT as I was writing Holt refused to call her that. Everything I wrote that he said, he called her Katie. Sooo, I gave him his way and changed her name. LOL!

Katie:
Katie is a young librarian who loves to get lost in a book. She has lived on her own for many years and wants a place to call her own. She’s never really dated and doesn’t have any close friends. She the poster child for being a loner.

Katie has freckles, reddish hair and is very short and thin. Holt thinks she’s tiny. She thinks Holt is huge. Katie also likes to steal bacon off Holt’s plate and she has to sit on phone books when driving certain cars so she can see out of the window.

Holt:
Holt was raised in Wilmington, NC by two loving parents. His Dad works in construction. When he was around sixteen years of age he volunteered for the fire department and spent a lot of time at the fire house. When he graduated high school he went into training and then was hired by the Wilmington Fire Department as a fire man.

Holt is a twenty four year old hottie. He has broad shoulders, short, dark hair and drives a candy apple red truck. He maintains that women are not allowed to drive his truck. Holt is a terrible cook and says the only thing he can cook good is cereal.

Oh, and he has big feet.

Caution: If you end up dancing in your panties I am not responsible!!! LOL
Girl on Fire by Alicia Keys (this isn’t mean is it? I mean someone literally tried to light Katie on fire! ha ha ha ha)
http://www.youtube.com/watch?v=J91ti_MpdHA

It’s My Life by Bon Jovi - a tribute to firefighters
http://www.youtube.com/watch?v=P46uI8QBEww

Tip of my Tongue by Civil Wars
http://www.youtube.com/watch?v=G-g82_E6rdg

Bruno Mars - It will Rain
http://www.youtube.com/watch?v=W-w3WfgpcGg

Strip Me by Natasha Bedingfield
http://www.youtube.com/watch?v=vnhDIGTldho

So what about you? What songs do you think would be good for TORCH?

My Review: 5 stars
Man, what a debut novel! This was a great book from start to finish and I read it in one afternoon. It was easy to get into the whole storyling, the characters were appealing, and so was their chemistry. I seriously don't know where authors get their ideas, but this was a great one - and what an intro!! I loved Holt from the beginning and thought it was awesome that he was such a stand-up guy. He is exactly what Katie needed in her life after being on her own for so long. Damn, that girl is strong and resilient. And when she makes up her mind about something, that's it. Cambria did such a great job with this novel, I just know I'm going to like the next one. 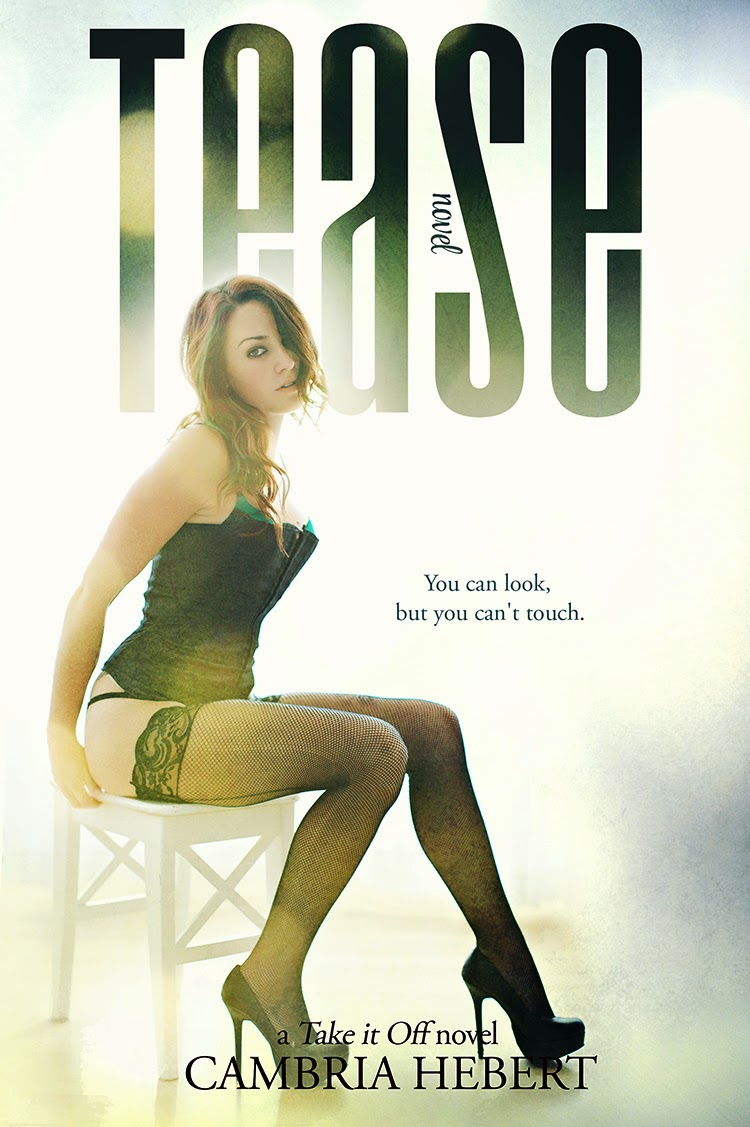 Harlow is a broke college student. When her tuition assistance is taken away, she is faced with a choice: admit to her mother she couldn't hack it on her own or make a lot of money fast.

So she gets a good-paying job.

She thought it would be easy, but it turn out being sexy is a lot harder than she thought. When a few mishaps work in her favor, she manages to hang on to her job and catch the eye of the Mad Hatter's best-looking bartender, Cam.

She's also caught the eye of someone who wants to do more than look, someone who's decided she's nothing but a tease.

As the clothes come off, Harlow finds herself caught between list and murder, The only thing she knows for sure is that her new risqué job is a lot more than she bargained for.

Caution: If you end up dancing in your panties I am not responsible!!! LOL
I’m Too Sexy by Right Said Fred:
http://www.youtube.com/watch?v=39YUXIKrOFk

Pour Some Sugar on Me by Def Leppard:
http://www.youtube.com/watch?v=0UIB9Y4OFPs

Let’s Get It On by Marvin Gaye:
http://www.youtube.com/watch?v=BKPoHgKcqag

Fire by the Pointer Sisters
http://www.youtube.com/watch?v=BDKNnJUP2FI

You Shook Me All Night Long by AC/DC
http://www.youtube.com/watch?v=Lo2qQmj0_h4

I’m a Slave for You- Britney Spears
http://www.youtube.com/watch?v=Mzybwwf2HoQ

Thanks for dancing with me today!!!


My Review: 5 stars
Cambria does it again. She manages to take something that many women would be terrified of doing and through her character, Harlow, makes it like just a job. Something you've got to do to pay the bills. Everyone has one of those. It also doesn't hurt that Harlow has sexy Cam there to help out. He's a bad boy, whose had his share of women, but once he becomes involved with Harlow - that's it for him. Their relationship moves really fast, and some people may have a problem with that. Personally, I don't. Real life relationships can move just as quickly. I've got to admit I did not like the stalker aspect of the storyline, but it didn't detract from it overall, jsut added some danger into the mix. I really am loving how Cambria brings these characters to life and makes them so very interesting and fun to read about. I seriously can't wait for the next book!!! 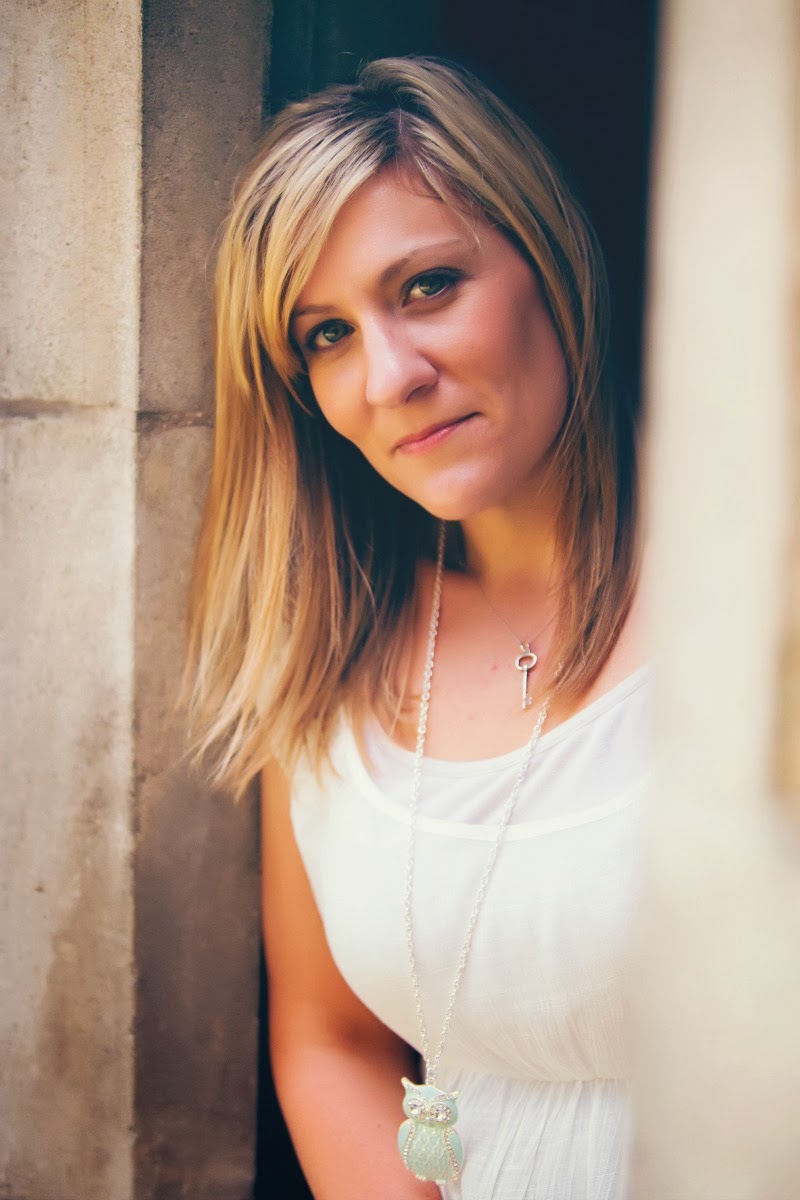 GIVEAWAY Oct 12th- Oct 28th
US Only.
Giveaway for a Tatke It Off Book Haul. One signed PB of TORCH, One Ecopy of Tease and One Ecopy of TEMPT.
a Rafflecopter giveaway