Scent of a Mate by Milly Taiden Spotlight with Giveaway 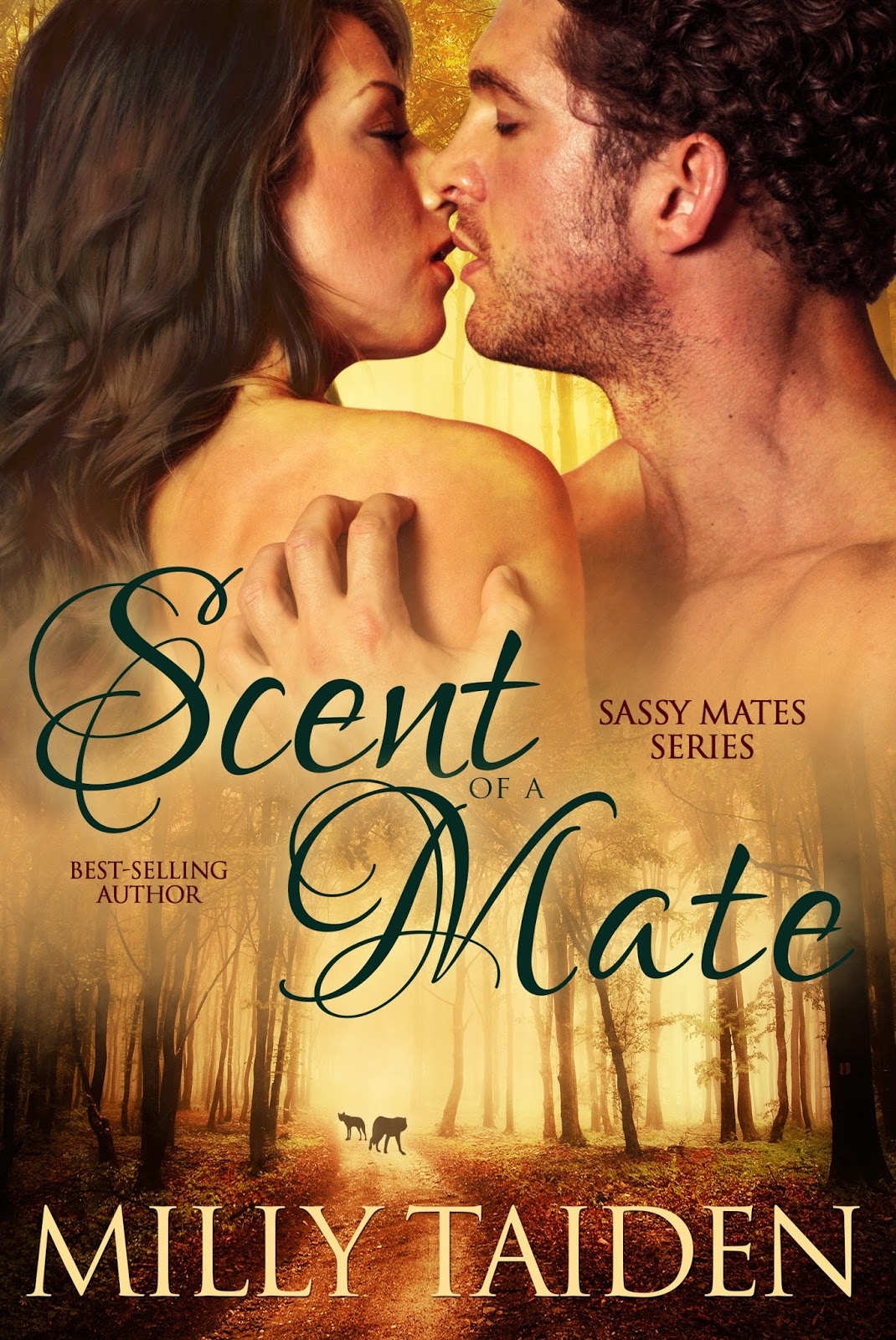 Mission: Scent a Mate -   Jordan Alvarez knew that a promise to her best friend involved staking out the local wolf pack's scenting ceremony and recording the graphic details, but she was the writer and the only one with the balls to finish the task. No one would know that four human women had sneaked proof of their rituals, or at least, that was the plan until Aric Wolfe showed up.

Mission: Stake a Claim   - Aric Wolfe knew his baby sister was up to something, and expected her best friend, Jordan, to be in on the chaos. He finally had an opportunity to lay claim to a mate that had been under his nose for years. Jordan's scent called to both the man and the animal, and he was done fighting the call of the beast. It was time to mark his mate.

Mission: Survive an Alpha   - When a good intention creates a problem for the Wolfe family, Jordan finds herself being stalked by a woman intent on claiming Aric as her own. Battle lines will be drawn, love will be put to the test, and Aric will have to fight Jordan's strong personality to keep her alive. Two alpha hearts seeking control will either find the balance or risk losing their love forever.

“Sounds like the perfect date.” She snickered and almost choked on her wine.

“This is why I didn’t want you there. You, Emma, Nicole, and Karla are so going to get caught.”

“We won’t! We won’t. We’ll be super–spy, research ninjas. Quiet, but sexy smart.” She grinned.

“Speaking of brothers. Are, um, your brothers going to be there?” What she really wanted to ask was if one particular brother was going to be there. God, she hoped not. The first time she’d seen Aric Wolfe, she’d been a thirteen-year-old with a crush the size of Alaska. One look was all it took, and her poor teenage heart had been in puppy-love for years. And though it’d been a crush for a long time, it had never gone away. In fact, with years, it had grown. She’d tried to date other men and rid herself of the idea that he’d ever look at a non-shifter for more than a friendship, but it was useless. With time, her attraction for him had grown deeper, into something she didn’t want to think too much about or it would make her hyperventilate.

Blue sparkles lit in Ellie’s eyes. “Yes, all my brothers will be there.”

Oh hell. “Then, yeah, I will hide off somewhere and never move a muscle. I promise.”

Ellie’s laughter, filled with unabashed delight, made her smile. “I still don’t understand why you’re so afraid of being around them.”

Yeah well, Jordan knew all about that super smelling-power shifters had. The last thing she wanted was for Aric to know how one glance at his body and those damn sexy muscles got her so turned on she’d likely start a fire. She could probably melt butter on her skin. “I think it’s best to keep my distance. I know your parents weren’t fond of their only daughter hanging with so many humans.”

Jordan drank her own wine, letting the fruity flavor slip and slide over her tongue. “Yeah, but I bet they didn’t think you’d end up bringing home an annoying, fat Latina for your new pet.”

Ellie rolled her eyes. “Who’s the wolf here, you or me?”

Good point. Ellie’s parents had cared for Jordan. A lot more than Jordan herself could ever understand. Even after all those years being so close to them and Ellie, she still couldn’t make any sense of why they done so much when her parents hadn’t cared at all. What was it about them that made them different? And there had to be some resentment in there. They’d practically adopted her.

“Alright. I’ve become like a second daughter since we became friends. That has to be annoying for them. I mean if they wanted more kids, they’d have had more the old fashioned way.”

Jordan found the whole shifter community absolutely fascinating. If it were up to her, she’d be all in their business trying to figure out how the whole animal-human thing worked.

“Why would you say they’d be annoyed by you?” Ellie’s face creased in a frown. “They like you. Heck, they love you more than any of their sons’ previous girlfriends. In fact, they like you more than most family we have. You’ve grown on them.”

“What?” She spit out the wine she’d had in her mouth. “Who said I needed a mate?” 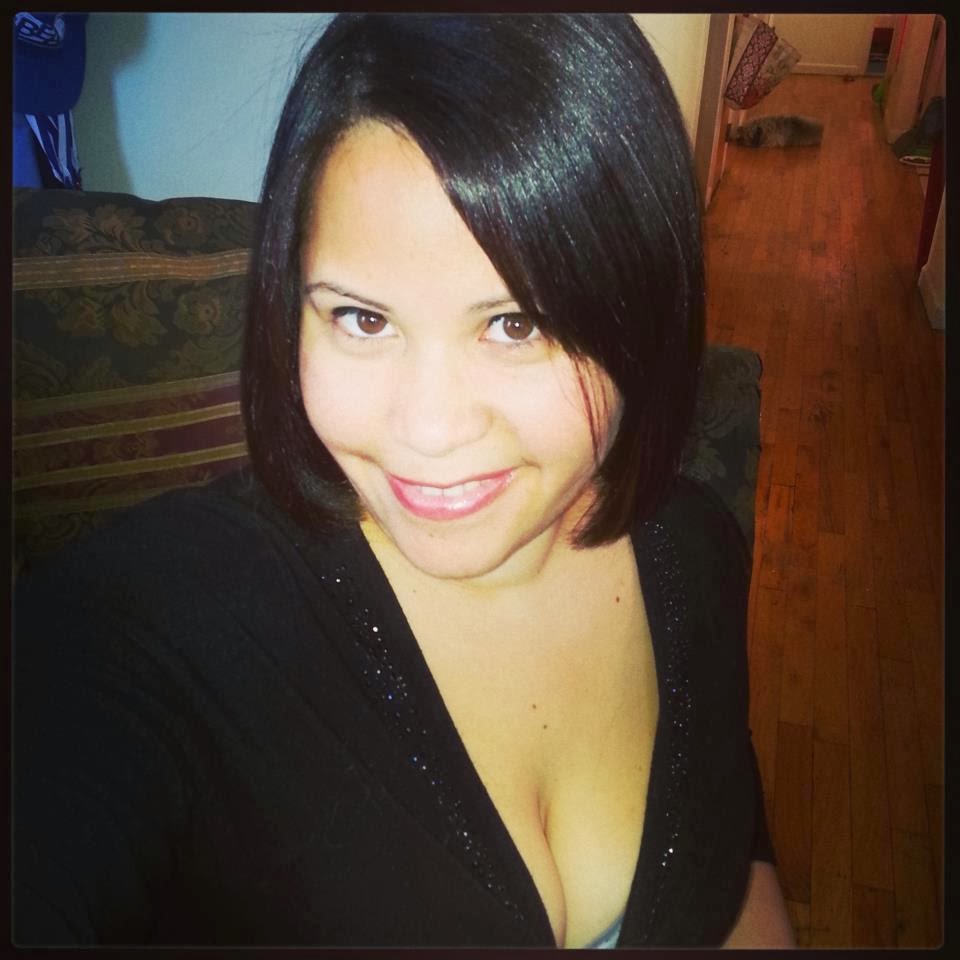 Want to know about me? Milly Taiden (aka April Angel) was born in the prettiest part of the Caribbean known as the Dominican Republic. She grew up between New York, Florida and Massachusetts. Currently, she resides in New York City with her husband, bossy young son and their little dog Speedy.
She’s addicted to shopping for shoes, chocolate (but who isn’t?) and Dunkin’ Donuts coffee. A bookworm when she can get her hands on a good story, she loves reading romance, thrillers and suspense.