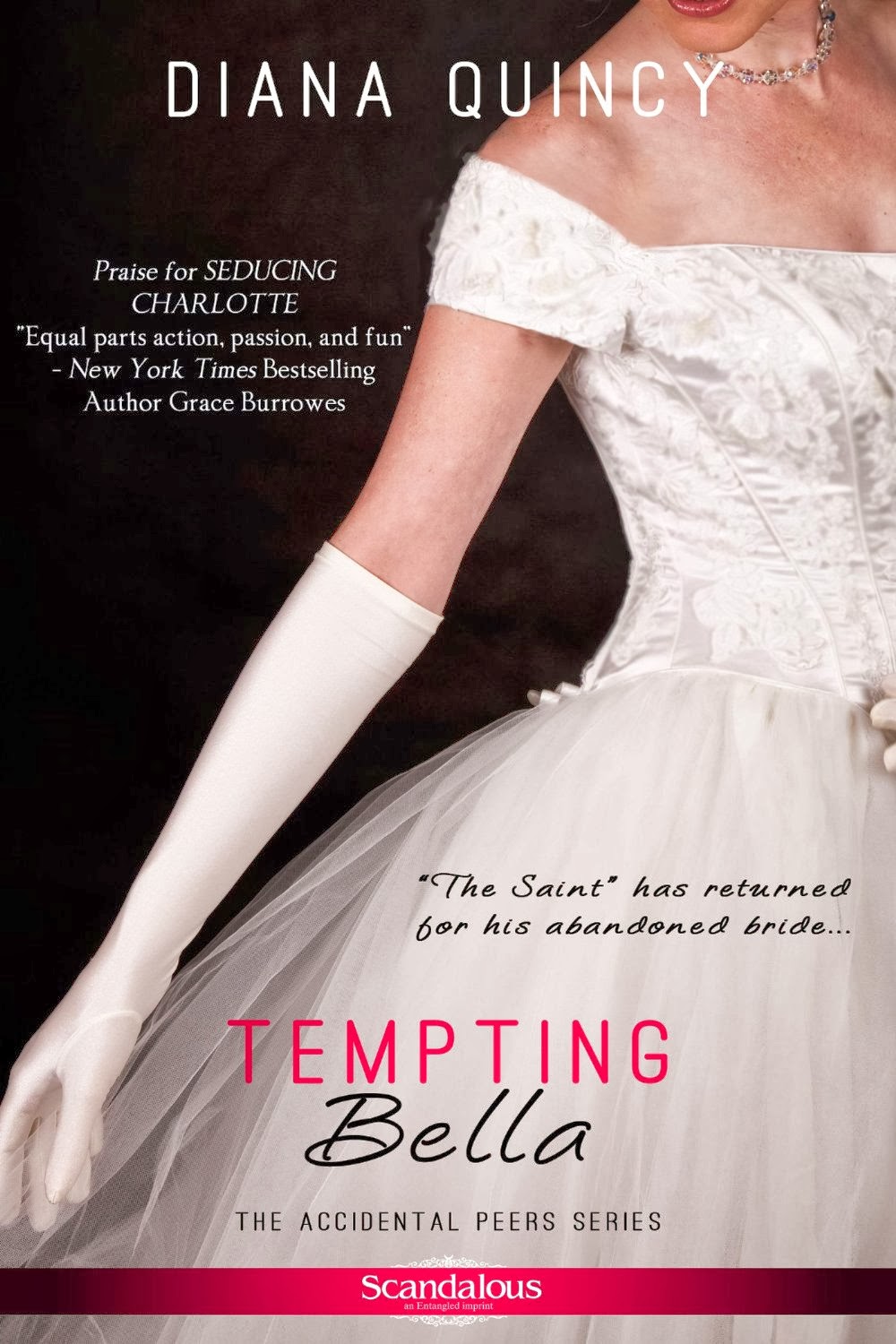 Mirabella can hardly remember the man she married as a girl. And it’s just as well. She feels nothing but contempt for the man who married her for her fortune and promptly forgot she existed.

Since then, Bella’s had no use for the company of gentlemen — until temptation appears in the form of an olive-skinned stranger with haunting eyes the color of a turbulent sea.

Sebastian has been apart from his child bride since their wedding day, after a teenaged marriage forced upon him to rescue his family from certain ruin. His attempt to honor his vows to his absent wife have earned him the nickname, “The Saint.”

But when he encounters an enchanting impish beauty at the opera, Sebastian cannot resist learning who she is. He is thrilled to find she is none other than his long-ago bride.

Already resentful of his early abandonment, Bella is suspicious of her husband’s unusual activities —mysterious midnight outings and apparent liaisons with pretty servant girls. Then there is the mounting evidence that Sebastian is not who he claims to be.

Guarding the painful secret of his true identity, Sebastian is entranced by Bella. Delighted by his good fortune, he is eager to make her his wife in truth. But he soon realizes the beguiling lady has no intention of coming meekly to the marriage bed!

Uttering an uncharacteristically terse thank you to the butler, Sebastian took Bella’s arm to escort her above stairs. His rigid posture, the intransigent set of his expansive shoulders, the very deliberate click of each boot step, all belied that otherwise calm exterior.

He was angry. Furious even.

The hair on the back of her neck tingled. She’d never seen him truly out of sorts. His demeanor brought to mind that ominous lull before a natural disaster strikes.

He hastened his steps, practically dragging her up the stairs. When they reached her chamber, he did not leave her as he usually did. Instead he stepped in behind her.

“Thank you, Louisa, that will be all,” he said to the sleepy girl, who’d waited up for her mistress. “Go and seek your bed.”

As soon as he closed the door behind the maid, Bella spun around to face him, her heart clamoring. “I did not give you leave to enter my bedchamber. Please show me the courtesy of departing at once.”

He pulled off his cravat and folded it in a slow deliberate manner, as though he hadn’t heard her. Removing his tailcoat, he placed it neatly over the back of a chair.

Alarm trilled down her spine. “Why are you disrobing?”

Unbuttoning his waistcoat, he said, “Take off that dress.”

“I beg your pardon?”

He advanced toward her, the muscles in his thighs flexing powerfully as he did so. “You heard me.”

Hugging herself, she stepped back from him. “I will do no such thing. Leave or I will scream.”


Cold anger glittered in his eyes. “Take if off or I will take it off for you.” 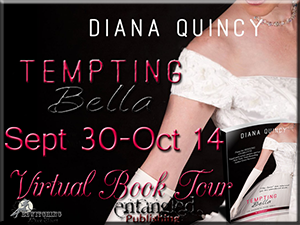 My Review: 4 1/2 stars
I found this book rather interesting in a way that I have not found any other historical romance. Maybe because it reminded me in some ways of the movie version of Pride and Predjudice, but only in their manner of speaking and dressing. It's one of my all time favorite movies, so the way in which this book was written speaks to the quality of the writer, in my opinion. I don't really care for historical novels normally, so this one caught me off-guard. I absolutely loved the way in which Bella and Sebastian became reaquainted. Yeah, she got pissed, but he tried to tell her several times who he was and got cut off every time. Bella is a fierce, spitfire of a woman for those times, and a lot of the things she did were out of character for a woman of her station. Sebastian was always thought to be the lower class individual, marrying above his station by the rest of society. Funny how no one really knows the truth, unless they know the origins of what really happened. Sebastian was more of a gentleman than the ones with the titles. I absolutely loved the ending, Sebastian got what he deserved and more. I would read more of Diana's books just because of her writing style and the quality of her characters. This book kept me invested until the very end, and I loved it. 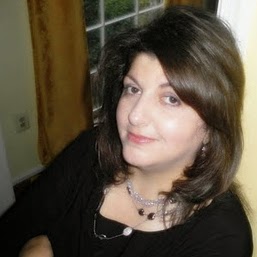 Although I’ve always loved reading and writing, I’m not one of those people who has always known I want to be an author.

I discovered my love of romantic fiction about four years ago, while picking up summer library books for my two boys. I noticed a historical romance by Shirlee Busbee on the end cap and picked it up to browse through while waiting in line to check out our books.

That’s all it took to hook me.

I spent that summer reading every historical romance I could get my hands on.
A few months later, I was motivated to try writing my own story, which resulted in my first manuscript, Compromising Willa.

Now I cannot imagine not writing.

I guess you could say I’m a late bloomer.

I’m now working on my fifth manuscript, which is my first foray into contemporary fiction.

When not bent over my laptop or trying to keep up with the laundry, I enjoy reading, spending time with my family and dream of traveling much more than my current schedule (and budget) allows.

Online, you can find me on Twitter @Diana_Quincy and over at The Dashing Duchesses, where I blog about history and romance with a talented group of authors.