Curse of The Phoenix Bundle by Rachel Firasek with Excerpt & Review 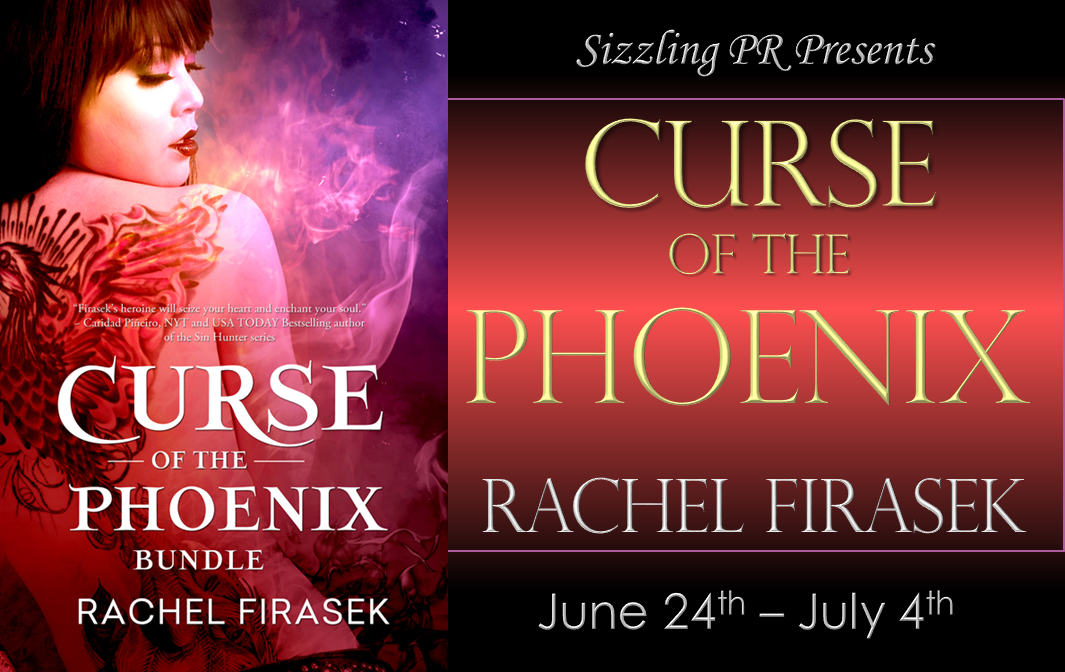 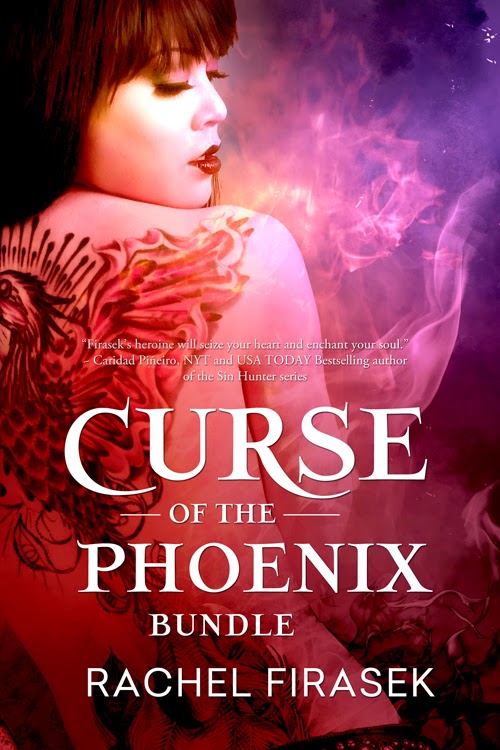 Book Title: Curse of the Phoenix Bundle
Author: Rachel Firasek
Book One: The Last Rising
After paying two millennia’s penance to Osiris, world-weary Phoenix Ice has had enough. Saving souls without any hope for her own redemption isn’t how she imagined spending eternity. Fed up, she decides her next death will be her last. But when she sacrifices her own life for a sexy Texan in a catastrophic plane crash, she has no idea the consequences will be so great…or that she’ll end up back in his life for her next assignment.
Now that Turner Alcott has survived the worst, finding a wife and mother for his son matters more than ever before. When the mysterious Ice comes into his life, Turner knows she’s the one—but love is the last thing Ice wants. If he wants to win her heart, Turner must teach Ice how to forgive herself, and prove that love is the ultimate sacrifice.
Book Two: The Last Awakening
For three hundred years, Arabella’s life has been one meaningless death after another. In a cruel twist of fate, Osiris gifts the phoenix her mortality and long-gone voodoo magic with a warning that she must save her next soul within a week without using magic, or she’ll lose her power forever.
Ex-soldier Greyson Meadows desperately wants to be freed from the nightmares and guilt that haunt him. Confronted by a waif of a woman who forces him to face the truth about his past, he runs fast and hard, fighting the need to prove himself worthy despite his perceived failures.
When Ari becomes the target of her own magical blunder, the weak will find strength and the strong will fall. One will have to give up everything so the other can have peace, but will love’s magic withstand the loss?
Book Three: The Last Beginning
Though she’s always hated being a phoenix, Sadie has to admit immortality has its advantages. She’s seen and done more in the last 150 years than she’d ever dreamed of, but she can’t get past the fact that Osiris has done nothing but manipulate her and her fellow phoenixes.
Or that, when her last incarnation as a phoenix comes to a fiery end, the fire slowly begins to consume her body.
Sun god Osiris is ashamed of his role as ruler of the Underworld, but he unless he can figure out how to save Sadie, that’s exactly where she’s going to end up. Permanently. Terrified he’s going to lose her, he takes her on a hunt for The Book of the Dead, which is the only way he knows he can save her—even if it means she’ll hate him forever.
Goodreads
The Last Rising * The Last Awakening * The Last Beginning
* Amazon * Barnes & Noble * Entangled
My Review: 4 1/2 stars
This was a fantastic bundle to read. I loved the mythos that Rachel created about the Phoenix's having to save souls. Each story was different and unique in it's own way, yet they all tied together with that common theme. My favorite was The Last Beginning, because you get to see that even the Gods aren't perfect. That they want and need just as we do. Rachel is a fantastic writer and I was glued to the pages throughout these three stories of love and redemption. I love Rachel's work because she's so creative in the way she writes and her characters are truly ones that you care what happens to them. Read this bundle, read anything by Rachel, you won't be disappointed.

Author Bio: Rachel Firasek spends her days daydreaming of stories and her nights putting the ideas to ink. She has spent a dull life following the rules, meeting deadlines, and toeing the line, but in her made up worlds, she can let the wild side loose. Her wonderful husband and three children support her love of the written word and only ask for the occasional American Idol or Swamp People quality hour. She has a philosophy about love. It must devastate or it isn’t truly worth loving. She hopes that you all find your devastating love and cling to it with all your heart. After all, romance on the edge is better!