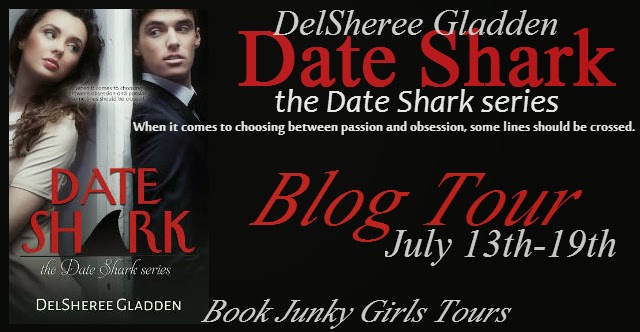 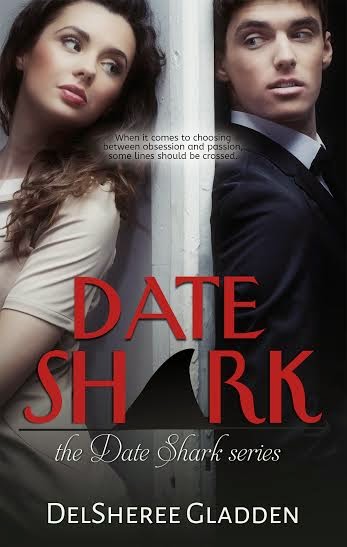 When it comes to choosing between passion and obsession,

some lines should be crossed.

Life as the marketing director for a popular fashion boutique is overwhelming for Leila Sparrow, to say the least.

She’s not sure what ever possessed her to add revamping her dating life to her already hectic schedule. Calling in renowned Date Shark, Eli Walsh seemed like a good idea until she actually met with him…

Date Shark was only meant to be a side-enterprise to his thriving couple’s therapy practice, but Eli Walsh knows it’s become more of an obsession.

At least, it was until he agreed to take on Leila. Somehow she has stolen his entire focus. He wants to admit his fascination with her and growing romantic interest, but he knows coming on too strong will scare her away.

His plan to convince her that she is worth any man’s interest by first being her friend is challenged when his tips start to pay off and Leila begins dating Luke.

Will his friendship with Leila mean the end to any romantic pursuit?

“Where did you park?” Eli asked.
He was smart to guess Leila hadn’t used the valet. She had never been to a restaurant that had a valet, so she hadn’t been sure how it worked. Every once in a while Leila thought ahead and prevented herself from doing something stupid. “I’m three blocks down. I couldn’t find a space near the
restaurant.”
“North or south?”
“Um, south,” she said, glancing that direction then back at Eli. It must have rained while they were inside. Leila wasn’t too worried about her shoes, but she worried Eli’s monkstrap dress shoes and tailored slacks might not survive the trek. The crisp April air made the dampness even more profound. “Look, Eli, you’re sweet to offer to walk me to my car, but I know you have better things to do. You don’t need to feel obligated since …”
“Since this isn’t a real date?” he finished.  Leila nodded.
“Real date or not,” Eli said, placing her hand on his arm, “I have no intention of letting a young woman walk three city blocks at night all alone.
Lead the way, Leila.”
He was really only offering because his sense of chivalry was several notches higher than the majority of the male gender, but Leila still found herself smiling at his kindness. She clutched onto his arm a little more tightly and started forward. The three blocks passed quickly, but without incident. Leila was sure it was the nicest part of the whole night.
When they reached her car, Eli said, “Are you still all right meeting for lunch tomorrow?”  “Yes,” she said after a moment’s hesitation.
“Good. I’ll see you tomorrow at The Fifth Street Café. Twelve o’clock.”
“I’ll be there,” Leila said, even though she would rather be just about anywhere else.
Smiling as though he knew exactly what she was thinking, Eli opened the car door for her. Before she could get in Eli stopped her. His hand resting lightly on her shoulder made Leila’s tense muscles bunch up even more. “Hey,” he said, “relax. Go home and do something just for you. You should feel good, proud of yourself.”
“Why?” Had they been on different fake dates tonight?
“Because if nothing else, you just survived a night with the most notorious date shark in the city.”
“Notorious, huh? Nothing about you strikes me as notorious.” Debonair, maybe. Handsome and generally fabulous.
Eli laughed. “Goodnight, Leila Sparro.” Then he did something completely unexpected. He kissed
Leila’s cheek and walked away.
Leila slid into her car and touched her cheek. He must do that for everyone, she thought, but her skin seemed to pulse where he had kissed her. The only thing that broke up her amazement was Eli’s comment about tonight. She hadn’t survived the most notorious date shark in the city yet. Tomorrow she would get to hear about all the ways she screwed up. There was no way she was surviving that. 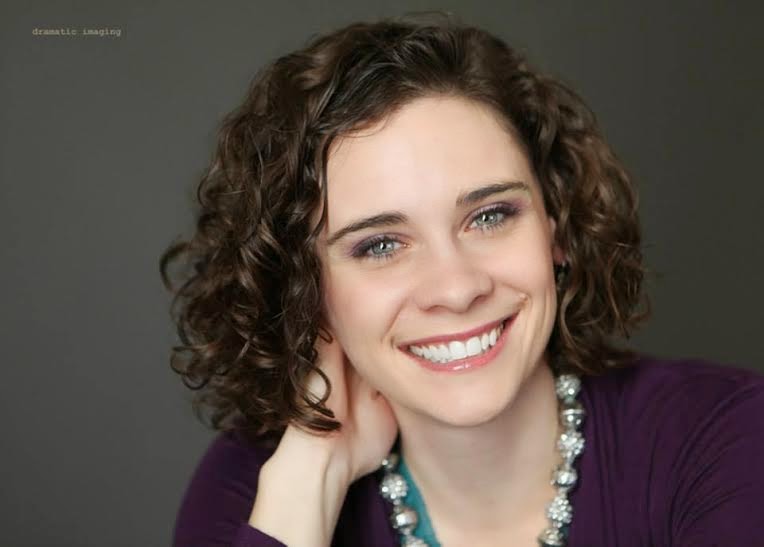 DelSheree Gladden was one of those shy, quiet kids who spent more time reading than talking. Literally. She didn’t speak a single word for the first three months of preschool, but she had already taught herself to read. Her fascination with reading led to many hours spent in the library and bookstores, and eventually to writing. She wrote her first novel when she was sixteen years old, but spent ten years rewriting and perfecting it before having it published.
Native to New Mexico, DelSheree and her husband spent several years in Colorado for college and work before moving back home to be near family again. Their two children love having their seventeen cousins close by. When not writing, you can find DelSheree reading, painting, sewing and trying not to get bitten by small children in her work as a dental hygienist.

I really enjoyed reading this book. Leila is beginning her career, and is having problems finding a man who wants to share her life. She goes to a service that's supposed to help her find a guy who will want her for more than one date. Eli is the guy that runs the service. His initial date with Leila to find out what she likes and is looking for doesn't go well. Eventually, Eli gets things going for Leila. However by that time, he realizes that he doesn't want anyone else to have her but it may be too late. This is a well written story with great characters, and the pace was very well done with everything moving along nicely. The end was well worth the read, and you're just gonna have to read this to find out who Leila chooses.