The Possibility of Us by Lisa Burstein with Giveaway, Excerpt & Review 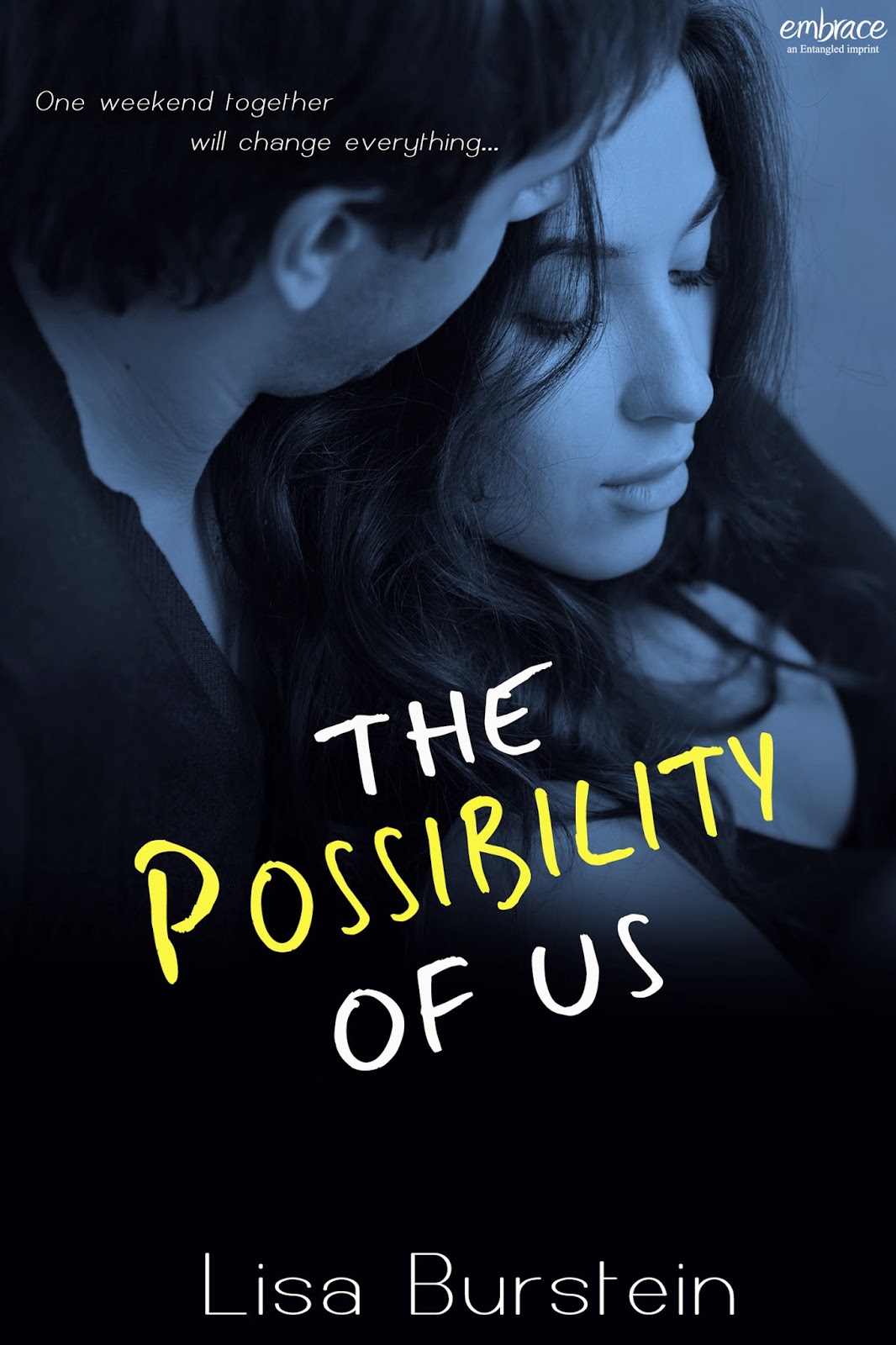 Book Synopsis:
One weekend together could change everything…

When her friend called to tell her about the funeral, Cassie wanted to say no. She had enough to handle with her own hollow existence. But she knew she should pay her respects to her old camp counselor…as long as her ex, Ben, wouldn’t be there.

Except Ben is there. Still gorgeous, still angry, and still able to penetrate her defenses with one intense stare. All the reasons they left each other in a flurry of heartache start to fall away over one long, snowy weekend.

But tough Cassie can’t truly open up to Ben when she knows confessing her secrets will leave her raw, defenseless. And the possibility of forever might not be enough to gamble on all the impossibilities of now.

My Review: 4 1/2 stars
This was a good, quick read. I thought the idea was original, bringing two people back together at a funeral. It was interesting and I did like the way the characters bantered back and forth, all of them. I liked that Laura was willing to piss her friend off, in order for her to find happiness or closure, one way or the other. Ben and Cassie are very similar people, in that they don't let others in. They both need and want each other, but are afraid of letting the other in. That's why things ended the way they did six months ago. The subject matter was a bit depressing, although it did need to be addressed in order for Ben and Cassie to move one way or the other. I admire Cassie for opening herself up that way to give them a chance. It had to be painful to do, but I also admire Ben for not backing away. This was a solid story, but it was an emotional roller coaster. Lisa did a great job dealing with serious subject matter, and having strong characters that were vulnerable, but still willing to be there for the other.

Author Bio:
Lisa Burstein is a tea seller by day and a writer by night. She received her MFA in Creative Writing from the Inland Northwest Center for Writers at Eastern Washington University. She is the author of Pretty Amy, The Next Forever, Dear Cassie and Sneaking Candy. She lives in Portland, Oregon with her very patient husband, a neurotic dog and two cats.