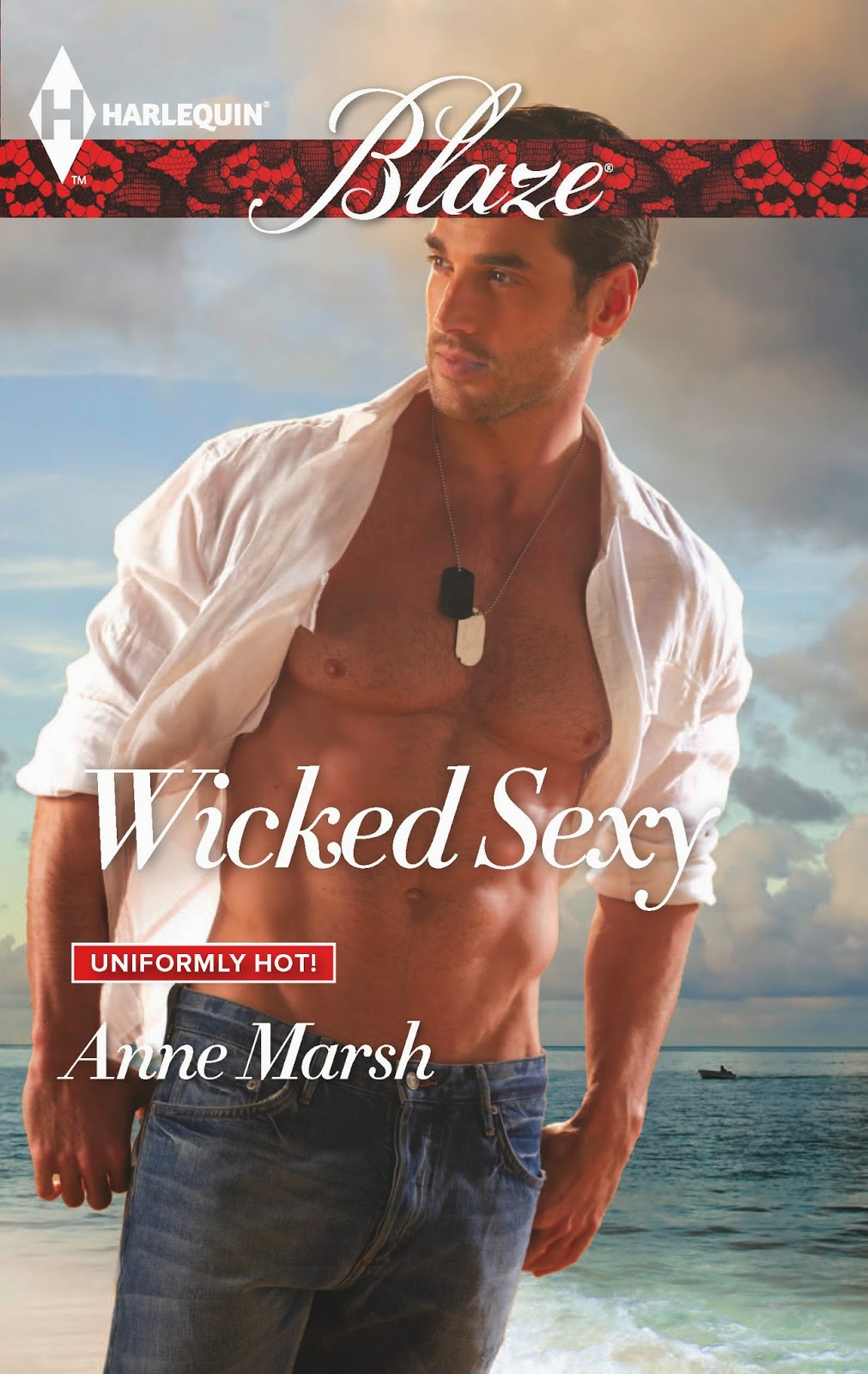 Blurb
Too sexy to resist?

Danielle Andrews was supposed to be on her honeymoon. Instead, she's back on Discovery Island licking her wounds and running for shelter when she sees Daeg Ross coming her way. Years ago, on this very beach, Dani started something with the special ops aviation rescue swimmer. But she refuses to be tempted by the wickedly hot military hunk again.

Daeg Ross is used to jumping into treacherous waters. But his feelings for relationship-shy Dani are a whole new type of risk. They are volatile—and irresistible. When their lives are threatened by the invading winds and endless rain of a tropical storm, Daeg and Dani are forced to take shelter and ride out a wild night. Together, will they sink…or swim?

Uniformly Hot! The few, the proud, the sexy as hell!

His mouth found the edge of her jaw, a soft brush of skin on skin. Was he waiting for her to do something? Tempting. His lips pressed a wicked pattern of kisses along her neck. She wasn’t sure what he wanted, but she knew she wanted to give it to him.

“Don’t tease,” she murmured. Her eyes drifted shut, closing against the last fiery rays of the setting sun.

“Not for too long,” he promised, and then his mouth found hers. Oh, this man knew how to kiss. His lips covered hers, exploring and tasting with every lick and stroke. His hand angled her head backward until she opened up for him and his tongue stroked inside her mouth.

Skin to skin, as they were, there was no missing that thick erection. But Daeg was taking his time. Her soldier was being a gentleman. She appreciated that, but she also wanted him, his heat and his strength. She wanted more than just his kisses.

His tongue dipped deeper, teasing her. The moan slipped from her throat before she could stop it. The raw, unfamiliar sound was shocking to her. She was losing this battle. The weakness in her legs warned her she had to stop before this went too far. But he felt so good.

My Review: 4 1/2 stars
This was a very good book. It's about second chances and taking chances, I really liked that. Daeg and Dani shared one very hot kiss 10 years ago. Now they've run into each other again while he's on leave, deciding if he wants to re-enlist and Dani is on what was supposed to be her honeymoon. There is a lot of chemistry there between Daeg and Dani. But Dani's been burned before, and she likes that analyze the risks to any situation. Daeg is all about taking that second chance that he's been given and wants to find out more, but he has to get past the walls that Dani's built. It's going to take a lot of work to get past them, but Daeg knows that he wants Dani for the long haul. Now he just has to convince her. It's interesting to see how he does that, I loved that he found inside information and used it to his advantage. The ending was great, and I would love to read more from Anne! 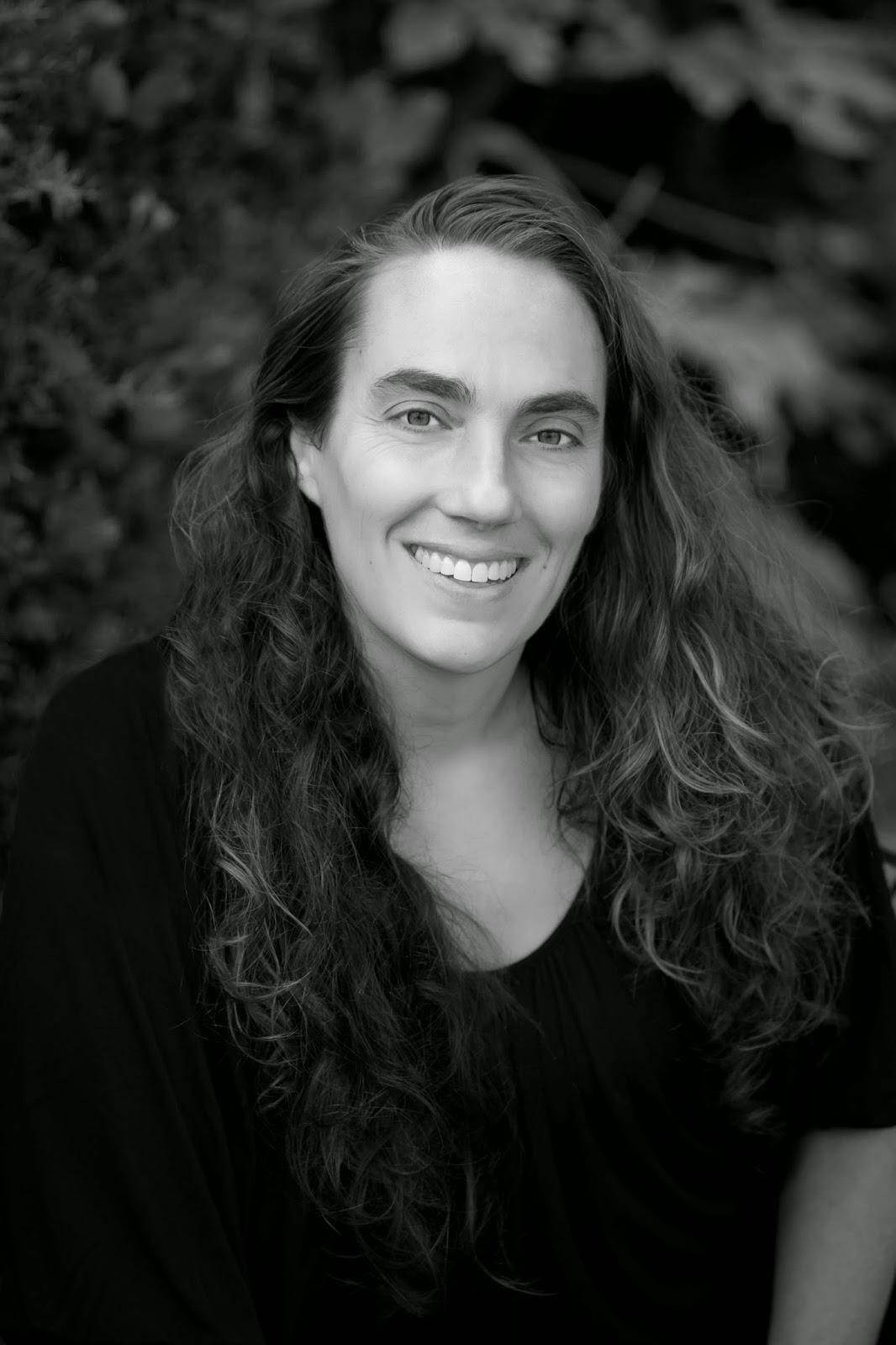 After ten years of graduate school and too many degrees, Anne Marsh escaped to become a technical writer. When not planted firmly in front of the laptop translating Engineer into English, Anne enjoys gardening, running (even if it’s just to the 7-11 for slurpees), and reading books curled up with her kids. The best part of writing romance, however, is finally being able to answer the question: “So… what do you do with a PhD in Slavic Languages and Literatures?” She lives in Northern California with her husband, two kids and four cats.
You can reach Anne Marsh at www.anne-marsh.com or email her at annemarsh@ymail.com