Enemies On Tap by Avery Flynn with Giveaway, Excerpt & Review 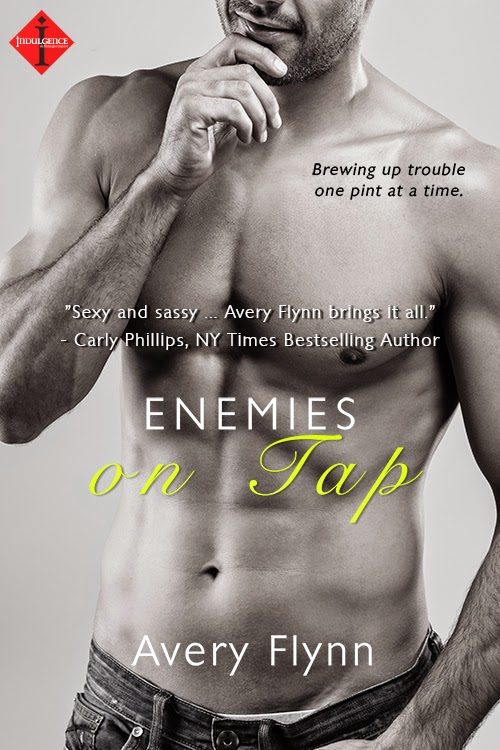 Synopsis:
Enemies …
After years away, Miranda Sweet returns to Salvation, Virginia to save her family’s brewery, but her fate is in the hands of her lover-turned-enemy, Logan. What’s a girl to do when the only person who can help her is the man who betrayed her?

Lovers …
Logan Martin can’t believe his luck when the woman who smashed his heart to smithereens walks into his bank asking for his help. What she doesn’t know is that he needs the land her brewery is on—and he’ll do whatever it takes to get it.

An Irresistible Combination …
Their wager becomes a battle between their attraction and their determination to win. But it’s in each other’s arms that they realize there might be more at stake now than their bet. With the town against the Sweet Salvation Brewery’s success, Logan has to choose between what’s expected of him and what he really wants…

EXCERPT
For the love of Pete, the man was injured and all Miranda could think about was jumping Logan’s bones and riding him like a rented pony.

She hadn’t just drunk the Salvation Kool-Aid—she’d started to brew her own.

That was not good.

Not good at all.

She needed to bandage him up and get him the hell out before she forgot who he was—again. She grabbed the kit from under the sink and hurried back into the kitchen.

“Okay, I got the—what are you doing?”

A barefoot Logan stood at the sink, holding a yellow and green I heart NORML glass in one hand. “Getting a drink of water.”

“You should be sitting down.” The last thing he needed was to pass out, or whatever it was that people did after getting conked on the head with a garden gnome.

She threw out one arm and pointed toward the table. “Sit.”

He shut off the water and walked over to the chair facing out toward the rest of the kitchen.

With exquisite slowness, he unbuttoned his light blue shirt, which had a small reddish-brown stain on the collar. Inch by inch, he revealed his broad chest and the happy trail that disappeared beneath his waistband.

The sight made Miranda’s tongue stick to the roof of her mouth, and her thighs quivered. Desperate to stick to the plan, she leaned against the doorframe to anchor herself to the here and now instead of the if and when and why nots.

He never lost eye contact as he shucked off the shirt and laid it across one of the empty chairs.

God, he shouldn’t but he looked perfectly at home in the farmhouse kitchen. Big and brawny and sexy as all hell with his mahogany hair ruffled and the fuck-me-now pheromones coming off him in waves. She tried to remember he was an injured man. A very sexy injured man.

He sat down in a chair and spread his legs, drawing her gaze to the outline of his hard cock pressing against his pants. “I’m all yours.”

My Review: 5 stars
Avery did a fantastic job with this book. I loved it from start to finish, every page. She managed to convey the emotions going through Logan and Miranda's thoughts as well as the pain of being kept separate. It was bad enough the first time, especially for Miranda. This time, Logan sees up close and personal, how it affects the woman he's always wanted and never thought he'd have. I suppose growing up in a small town will do that to some people, have them make assumptions, and just be rude because they think they can get away with it. I loved Miranda's fighting spirit, and the way she embraced her family's past, because they are who made her who she is. I absolutely loved the ending, because at one point I thought it was going to turn out so different. Avery always does a great job with the story line and her characters, this was no different. I loved every bit. 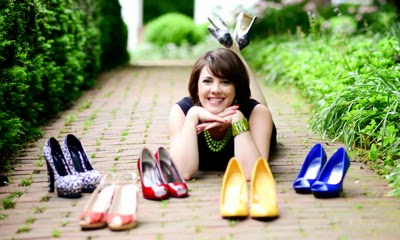 Avery Flynn has three slightly-wild children, loves a hockey-addicted husband and is desperately hoping someone invents the coffee IV drip.
She fell in love with romance while reading Johanna Lindsey's Mallory books. It wasn't long before Avery had read through all the romance offerings at her local library. Needing a romance fix, she turned to Harlequin's four books a month home delivery service to ease the withdrawal symptoms. That worked for a short time, but it wasn't long before the local book stores' staffs knew her by name.

Avery was a reader before she was a writer and hopes to always be both. She loves to write about smartass alpha heroes who are as good with a quip as they are with their *ahem* other God-given talents. Her heroines are feisty, fierce and fantastic. Brainy and brave, these ladies know how to stand on their own two feet and knock the bad guys off theirs. 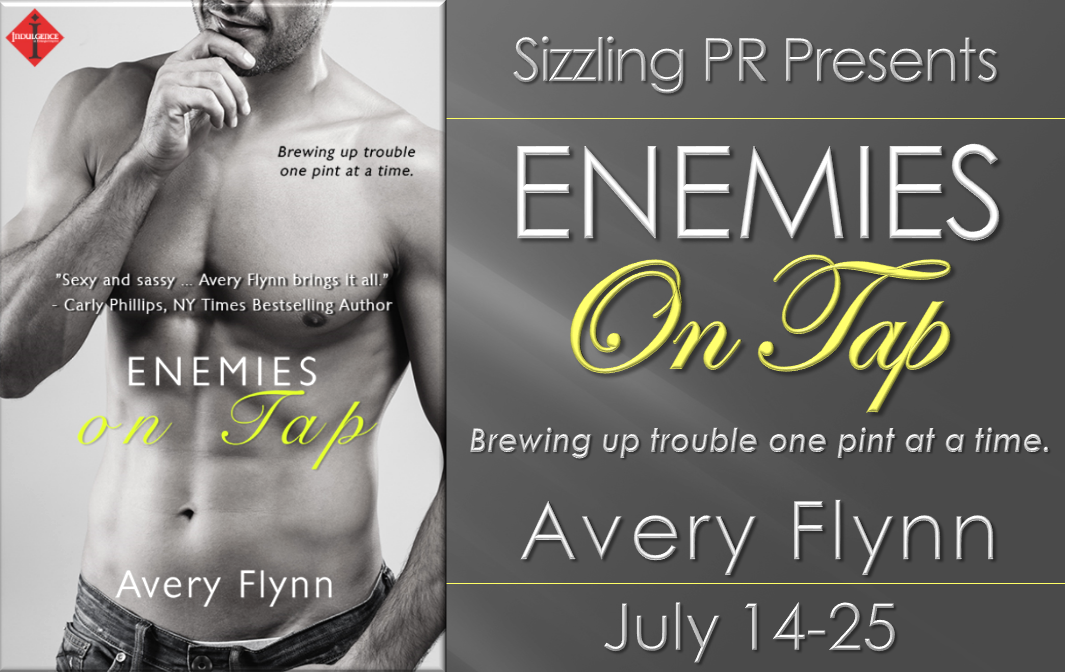