Enter to Win a
KINDLE PAPERWHITE or KINDLE FIRE HD
($139.00 Value)
US RESIDENTS ONLY 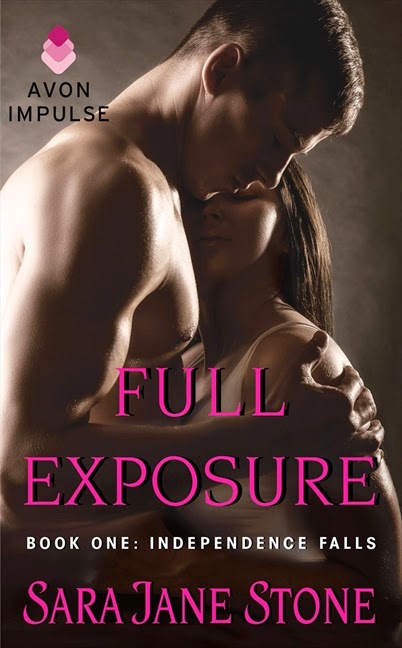 After serving her country, Georgia Trulane craves adventure—and sex. She's set her sights on her brother's best friend—now her boss, since she took a temporary job as his nephew's live-in nanny. Only problem? Eric refuses to touch her. That doesn't stop Georgia from seducing him. But an earth-shattering encounter leaves her fully exposed, body and soul.

Eric has a long list of reasons to steer clear of the woman he has wanted for as long as he can remember. For one, he refuses to be her next thrill ride. When he claims her, it will be for good. But the attraction is undeniable, and the more they fight it, the stronger it pulls. But will it be enough to conquer their obstacles?


Excerpt:
“Can I ask you something?” Eric said.

“Sure.”  She reached for the potato salad, craving the familiar taste of comfort and home.

“Why’d you enlist?” he said.  “After college, why didn’t you move back here?  I know Liam was pushing you to come home.  So what made you wake up one day and join the Army?”

Georgia stared at creamy mix of potatoes, celery, and spice.  Her brother had asked that question again and again.  She’d always told him the same thing: because she’d wanted to, plain and simple.  But there was more to it.

“I know the reason you gave to Liam,” he added.  “But there has to be something else.  You joined knowing we were at war.  You had to know it would cost you.”

“I did.”  She looked at him.  “But I didn’t lose anything I can’t reclaim.”
Her sleep, her sense of security—she could and she would find those things again.  She’d lived through it and come out whole, at least on the outside.  On the inside?  She could fix that.  As long as she didn’t push too far too fast and respected her boundaries, she could put herself back together.

“But you didn’t need to go.”  His voice held a hint of sadness and a touch of desperation, something she rarely heard in his words.  “Georgia, I’m proud of you.  Knowing you were over there, risking your life, it scared the shit out of me.  And your brother too.  He hid it well, but Liam was terrified.”

Georgia set the food aside, her appetite slipping away.  “I know.  And I’m sorry for that.  When I graduated, I had no idea what I wanted to do.  You and Liam, you both knew your future was here, waiting for you.  But I didn’t know where to go or what to do with my life.  I needed a purpose.  And I needed to do something on my own and see what was out there.  The Army gave me that.  From the day I started basic training to the day I came home, being a solider, it challenged me.”

She looked over at him, searching the strong, hard lines of his familiar face to see if Eric understood.  She had a feeling her brother never would.  How could she expect them to understand what it was like to be a woman who wanted so much out of life, but didn’t know where to turn?  She’d grown up on the fringe of the middle class, and lost her parents, one after the other to cancer, while she was in college.  Then she’d graduated knowing only two things about what she wanted for her future—adventure and purpose.

My Review: 5 stars
What a fantastic first book in this series. I loved Eric and Georgia together. It took a while for them to actually get together. Only because Eric was trying to be hands-off with his best friend's sister, not because he didn't want her. Liam had warned Eric that Georgia wasn't ready for a relationship because of her PTSD from the war. But Georgia just wanted to move forward and live her life. Both Georgia and Eric have wanted each other for a while, and their first "hands off" encounter was hot as hell. Eric thinks that Georgia is trying to get her next adrenaline fix, but she's not. From their first encounter, everything just got better from there. Until the inevitable bumps in the road that test a relationship. The thing is, Eric is the one who didn't have the strength to stand up for what he wanted, not Georgia. She stood up and said exactly what she wanted, and even after what happened was still there for Eric and his adopted nephew, Nate. Something happened that made Eric realize what an idiot he had been, and he vowed to win Georgia back. The ending was so good, and I'm thinking leads right into the second book in the series. I can't wait to read that! Excellent job by Sara, I loved the characters and the story line pulled me in and didn't let go until there was no more. 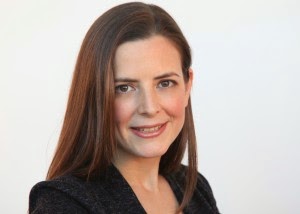 After several years on the other side of the publishing industry, Sara Jane Stone bid goodbye to her sales career to pursue her dream—writing romance novels. Sara Jane currently resides in Brooklyn, New York with her very supportive real-life hero, two lively young children and a lazy Burmese cat. Visit her online at www.sarajanestone.com or find her on Facebook at Sara Jane Stone.