Fire and Shadow by Susan J. McLeod Spotlight with Excerpt 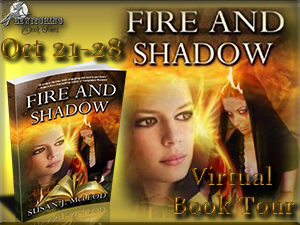 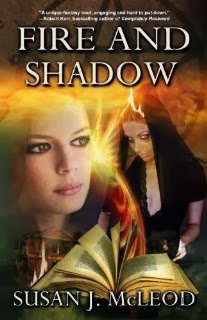 “When the dead need to speak, she must listen…

Artist and Egyptologist Lily Evans struggles with her newly discovered psychic talents, while trying to get her life back to normal now that her mother is in a mental institution and the man Lily loves is far away in England. But "normal" is the last thing she finds.

When her best friend Katy takes her to a Celtic Faire, Lily meets a druid fortune-teller, who warns her that she can “never escape the Other.” Frightened and angry, Lily ignores his dire warning and stumbles across an eerie old portrait of a beautiful woman, who has something to tell her.

With the help of the enigmatic druid and his gifted friends, Lily embarks on a dangerous journey to unravel the mysteries of the portrait, the tarot card reader, an ancient book and whispers of witchcraft. She must discover the truth behind them all…or risk losing her very soul.

"I'm going to take a nap. Do you want to come?" I went into the kitchen for some Advil. In a minute, just to show that it was her own idea, Cleocatra came padding after me. When we lay down on the bed, she curled up in the crook of my arm.

"You know, Cleo," I said as I stroked her, "I'm so sick of this whole mess— having to make phone calls and write letters to my own mother like nothing ever happened, walking around on eggshells while she's in that hospital, never sure of what to do, feeling sad, guilty and angry.
Everything in my life got turned upside down. I lost… I lost so much." Tears welled in my eyes. "I've tried to be responsible. I've tried to be fair, but Cleo, it's hard. It's just so hard."

Cleocatra's rough pink tongue licked at the wetness on my cheeks. She understood every word I said.

"I met a man today," I continued. "He told me things he couldn't have known. Do you think he was right? Do you think I've stopped dancing? Am I stuck inside the box?"

Cleo rubbed her head against my face. I didn't know what kind of answer that was, but it was comforting anyway.

"It's easy to talk about soaring, but sometimes you have to keep your feet on the ground. I've got to look after Mom. I can't live in England with Kent. I have my degree to finish and my work with Dr. Carson. I don't want a life where dead people's wishes are more important than mine. I'm in control, Cleo. That's what Dr. Carson says. He's really helping me, and the medicine is working, and—"

And the whispers are still there. I just don't listen to them anymore, but they're not going to stop. Once you've met the Other, you cannot escape. Damn Caliman! What gives him the right to come along and start pulling bricks out of my wall?

It was hard enough to keep up a defense as it was.

I shifted restlessly, and Cleocatra protested with a snort. She planted herself on my chest and stared down at me as if trying to bring me back into line. I laughed. "Okay, okay. Enough complaining. We'll just have a nice nap, all right?"

Cleo showed her approval by stretching out beside me and giving a mighty yawn. Somehow she could make herself seem three times her size when it came to crowding me on the bed. I was happy with her company though. Her purring began to relax me until I felt drowsy. My eyes closed and I drifted off to sleep. 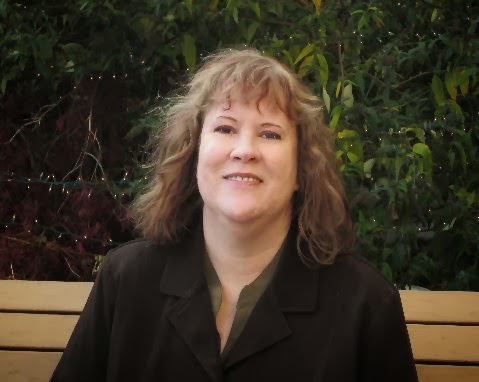 Susan Jane McLeod has been writing since she was seven years old. At age eleven she won a county-wide essay contest and her professional career was launched. By the time she was nineteen, her poetry had appeared in several magazines, including American Girl and Seventeen. She also won an honorable mention in The Writer.

She grew up in Rochester, New York, with three sisters and one brother. In her early thirties she was diagnosed with ovarian cancer and given a 50-50 chance to live. After two surgeries and chemotherapy, she is cancer free today.

She has worked at several jobs ranging from a baby store to a research consultant, but her favorite was managing a bookstore, surrounded by her passion: literature. She is currently employed by a non-profit foundation that runs Zara’s Center, a home for AIDS-impacted orphans in Zimbabwe.

Susan has published several short stories and two novels. The first, Soul and Shadow, is an award-winning paranormal historical romance. The second, Fire and Shadow, is classified as paranormal suspense. Both books have been in Amazon Top 100 bestseller categories.