Run to You by Rachel Gibson Spotlight with Prologue 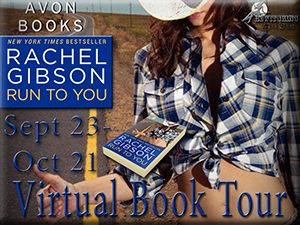 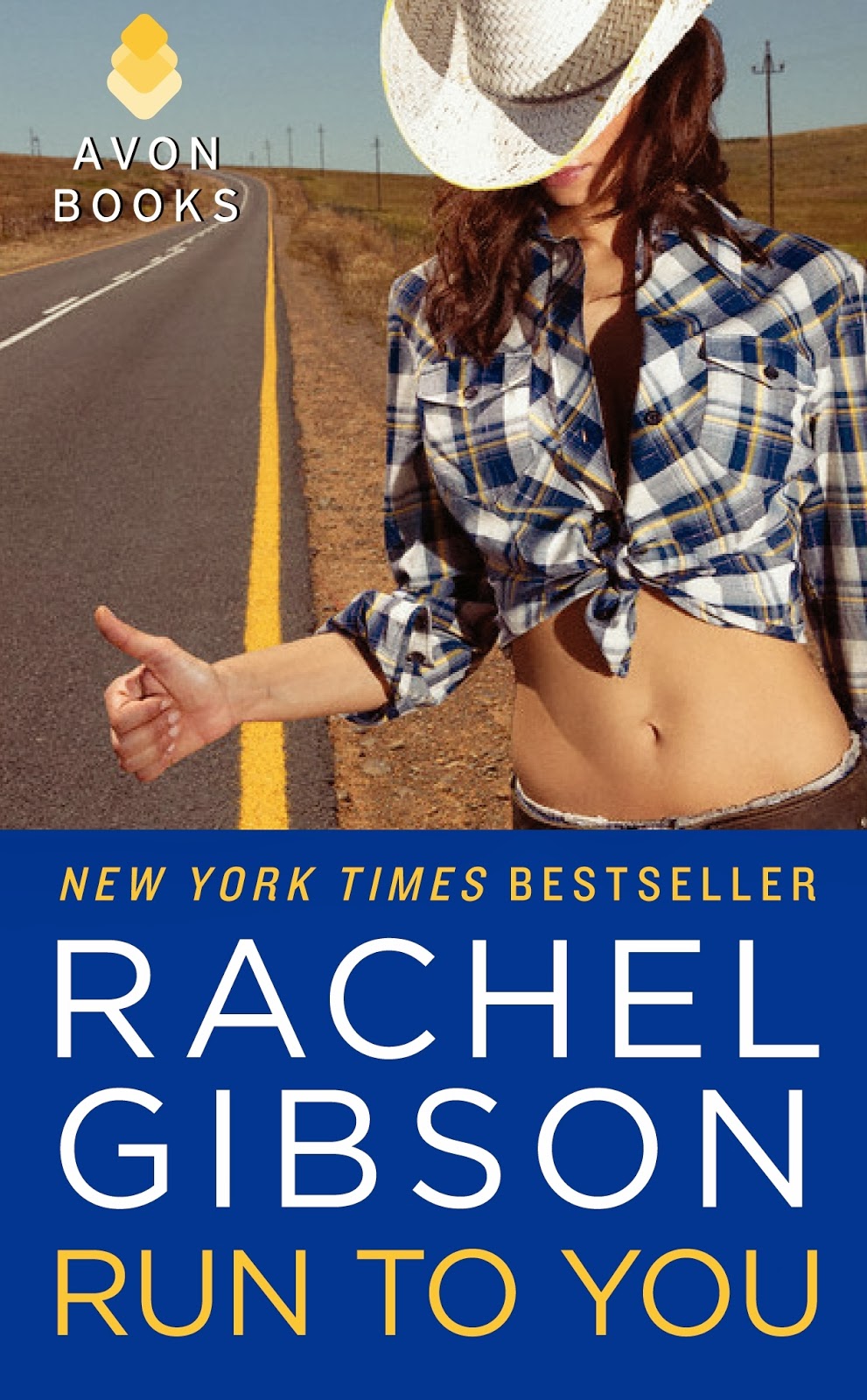 Rachel Gibson, New York Times bestselling author of Rescue Me, returns to Texas with a tale of what happens when a tough guy meets his match—and falls harder than a ton of red-hot bricks . . .

There's nothing like fleeing Miami to ruin a girl's day.

Stella Leon's bartending gig was going fine until gorgeous ex-Marine Beau Junger decked her mob-connected boss, spirited her out of the city, and claimed that Stella's half-sister—the one with the perfect life—sent him. Now Stella has no choice but to go along for the ride . . . and seduce Beau's military-issue socks off …

The Marine Corps was Beau's escape from his old man's legacy of naval heroism and serial philandering, but no amount of training could prepare him for the day he looked in the mirror and saw his father staring back. The answer: swear off meaningless sex. Oh, and find a way to make Stella Leon quit being so damn hot…

PROLOGUE
“Her name is Estella Immaculata Leon-Hollowell and she lives in Miami.”

Vince Haven handed his good buddy, Blake Junger, a cold Lone Star, then took a seat behind his battered desk at the Gas and Go. “That’s some name.”

Blake took a drink and sat across from Vince. “According to Beau, she goes by Stella Leon.”

Vince and Blake went back a long way. Blake had graduated BUD/S a year before Vince and they’d been deployed at the same time in Iraq and Afghanistan. While Vince had been forced to retire for medical reasons, Blake had served his full twenty.

Vince opened the folder on his desk and scanned the information that Blake’s twin brother, Beau, had compiled for him. Beau had his own personal security business and had his fingers in a lot of different pies. He was one stealth dude and knew how to gather information that your average Joe couldn’t access. He could also be trusted to keep all information strictly confidential.

Vince looked at a copy of a birth certificate, and there it was in black and white. His fiancée, Sadie Hollowell, had a sister she hadn’t even known about until her father’s death, two months ago. A twenty-eight-year-old sister born in Las Cruces, New Mexico. The mother and father listed: Marisol Jacinta Leon and Clive J. Hollowell.

“So, we think she knows Clive is dead.” He moved the birth certificate aside to look over a color copy of a Florida driver’s license.

That was cold but understandable. According to her license, Stella Leon was five feet, one inch and weighted one-fifteen. Which, knowing women as he did, Vince figured meant she was probably closer to one-twenty. She had black hair and blue eyes. He stared at the photo on the license, at the startling blue of her eyes set beneath dark brows. She was an exotic mix of dark and light. Hot and cool. Except for the color of her eyes, she looked nothing like Sadie, who resembled her blond beauty queen mother.

“She works as a . . .” He squinted and put his face closer to the paper to read Beau’s handwritten scribbles. “. . . bartender at someplace called Ricky’s. Her former careers include lead singer in a band, waitress, cashier, sales, and selling photographs to tourists.” He sat back. “Busy girl.” Especially since she didn’t have to be. She had a big trust fund she drew money out of every month. He read further. Stella Leon had a police record for minor offenses and had lost a small claims lawsuit filed against her by a former landlord.

Vince closed the folder and reached for his beer. He’d give the file to Sadie and let her make the next move. Get in touch with her long-lost sister or just let it go. Sometimes it was best not to tear off a scab. “What’s your brother up to these days?” He took a drink, then added, “Besides ferreting out information.”

“Usual shit.” Blake and Beau were the sons of a former Navy SEAL, William T. Junger. Beau was the older of the two by five minutes, and while Blake had followed in his father’s footsteps, Beau had chosen the Marine Corps. “Running his businesses and trying to stay out of trouble.”

“Remember when we met up with Beau in Rome?” Whenever the twins drank too much, they always argued over who had the tougher training program, the Navy SEALs or the RECON Marines. Being a former Navy SEAL himself, Vince had his opinion, but he wouldn’t want to have to prove it to Beau Junger.

“Barely. We were piss drunk.”

“And got into a fistfight on the train.” The brothers’ arguments were notorious for being loud, relentless, and sometimes physical. If that happened, it was best just to get out of the way because as Vince had learned, if a guy tried to break up the fight, the Junger boys turned on the peacekeeper. They were two contentious peas from the same pod. Almost identical in every way. Two blond-haired all-American warriors. Iron-souled patriots who’d seen and done a lot and didn’t know the word “quit.” Vince took an- other drink. The kind of men a guy wanted at his side in a battle.

Blake laughed and leaned forward. “But get this, he says he’s saving himself for marriage.”

Vince choked on his beer. “What?” He wiped drops of beer from his chin. “You mean no sex?”

Blake shrugged one of his big shoulders. “Yeah.”

“He’s not a virgin.” There were those who said that Vince had had a thing for easy women. Before he met Sadie, those people would have been right, but no one enjoyed down-with- it girls more than the Junger boys. There was even a wild rumor that the boys had hooked up with a pair of twins they’d met in Taiwan.

“Yeah, I pointed out to him that that particular horse had already left the barn, but he says he’s going to remain celibate until he gets married.”

“Does he have a woman in mind?”

“Had some sort of religious conversion?”

Vince understood that now. Since he’d fallen in love and all that good shit, he understood the difference between sex and sex with a woman he loved. Knew that with the one, the other was better. Knew that it became more than just an act. A need. More than just a physical release, but celibate? “He won’t last,” Vince predicted.

Blake raised the bottle to his lips. “He seems serious, and the good Lord knows once Beau gets something in his head, he’s immovable.”

Both the Junger boys were immovable. Loyal and stubborn to the core. Which made them good soldiers.

“He says it’s been eight months.”

Blake set the empty bottle on the desk. “Some People think he was born bat-shit sideways.” He chuckled and flashed the megawatt Junger grin that reached the corners of his eyes. “Me too.” He pointed to the folder. “What are you going to do with that information?”

Vince didn’t know. He’d have to talk it over with Sadie. Ultimately, it was her call on whether she wanted to contact her long-lost half sister. “Is this Beau’s cell number?” He flipped open the file and pointed to the numbers scratched at the bottom of one of the pages.

“Yeah. He has several. Several cell numbers. Several business addresses and a secret lair near Vegas.” Blake leaned back in his chair and crossed his arms over his chest. His brows lowered as if an unpleasant memory slid behind his gray eyes. There were guys who thought the Junger brother had spooky eyes. Vince would say they were more hard, like steel, rather than spooky. The good Lord knew they all had hard memories, but just as quickly Blake’s expression changed. He flashed his notorious grin, but this time it didn’t quite reach his eyes. “So, when are you marrying that hot blonde of yours?”
About the Author: 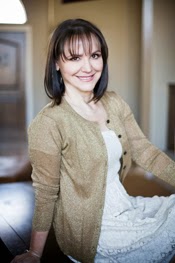 Rachel Gibson lives in Idaho with her husband, three kids, two cats, and a dog of mysterious origin. She began her fiction career at age 16, when she ran her car into the side of a hill, retrieved the bumper, and drove to a parking lot, where she strategically scattered the car’s broken glass all about. She told her parents she’d been the victim of a hit-and-run and they believed her. She’s been making up stories ever since, although she gets paid better for them nowadays

https://www.facebook.com/RachelGibson
Posted by Unknown at 1:30 AM