Vampyre Kisses is an enthralling story about a young woman named Faith, who was content with her life, but deep down craved more excitement. Then a mysterious man named Trent enters her life and everything changes. Surprising to Faith, Trent is a green-eyed vampire from Ireland. She is even more surprised to find out that she is a witch, and the last of her kind. Faith finds out that she is destined to restore her witch line and becomes more powerful as she gains confidence and knowledge, but danger lurks everywhere. Especially when unknown assailants steal the most important gems from the vampire master and werewolf royalty. Now surrounded by a world full of mystifying vampires and werewolves, can Faith gain enough power to help her friends and rescue the stolen gems?


Excerpt:
After a half hour, I decided to sit down for a minute to catch my breath. I ordered a shot and a water to get some liquid into me, and searched around for Mac. He wasn’t visible anywhere over the mass of bobbing heads and twisting bodies. As I continued to look around, I noticed two men at a corner table observing the dancers. One of the men must have felt my eyes on him, because he turned to look at me. He gave me a half smile and got out of his seat to walk over to my table. A slower-paced song with a good beat came on. I looked up into his pale green eyes and he offered his hand. I took it, and he led me to the dance floor. He put his strong hands on my back and we moved to the music. His curly dark reddish-brown hair fell past his ears and framed his flawless oval face, complemented by deep-set round eyes and a pointed nose. He licked his thick lips and showed his perfect white teeth with a small smile. With my heels on, our eyes met perfectly opposite one another. His silk black shirt swayed back and forth as we moved. A few buttons were undone to show his smooth chest. Leather pants hung on his hips that pressed against my bare thighs at different points when we moved. We stared at each other during each song that played; I felt like a feather floating in the warm brisk air.
With a tap on my shoulder, I turned around to find Mac staring at me, then at the man. He put his lips to my ear: “I need to talk to you for a sec.” I turned back to the man and put one finger up to let him know I would be right back. He nodded, and I turned to follow Mac off the dance floor.
“That man is bad news,” he said, his lips next to my ear. 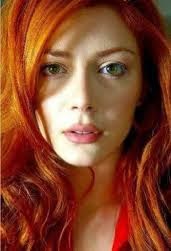 PHYSICAL APPEARANCE
Height: Five seven
Weight: buck twenty
Figure/build: Athletic but curvy
Hair color: Brown Curly
Eye color: Green
Skin/fur/etc colour: White
Faith Scott starts off in Vampyre Kisses as a real simple kind of girl. No tattoos, no piercings and a total innocent of the supernatural world. The only piece of jewelry she wears every day is the heart shaped locket her father gave her. She is just a jeans and a tshirt kind of girl. However, she did use to smoke and her drinking can look obsessive to some people. But I would personally need a glass of vodka every time someone tried to kill me too.
Faith turns out to be the type of witch that wants to solve the issue rather than battle it out over blood. At least that is how she begins her journey in Vampyre Kisses. Her character does truly grow has the series goes on. I think her biggest fear thus far is hurting the people around her accidentally by getting them kidnapped or killed because of people coming after her. She is the last witch in the world and there is a Salt Whip on her butt most of her days trying to kill her. A Salt Whip being what a slayer is to a vampire.
What I love most about Faith is her taste in music though. She is a Humble Gods lover and does the head banging in the morning to some Kottonmouth Kings and other punk rock hip hop bands. She loves all kinds of music and is not ashamed of that at all.
However, what AMAZES me about Faith is how her combat skills have grown. First she learns from Akilah and than from Morgan AND THAN from Vincent and a slayer. You’ll have to read the books to figure out how that happens, but her fighting styles are so diverse because of the different types of mentors she has had over the years. I believe in Vampyre Kisses her favorite element is water and earth but this turns to fire later on. Though she is pretty profound with most elemental magic. Her weapon of choice (besides magic): throwing knife.
I truly believe you will get a kick out of Faith as a character. She grows a lot more than a lot of characters you might read about...especially in Witch Devotions. So give Vampyre Kisses a shot. You may be surprised with how much you fall in love with Faith.

My Review: 4 stars
This was an interesting book. There was so much new lore that Elizabeth came up with that was just amazing. This was well written, the characters developed nicely along with the relationships between them. The storyline moved along nicely. I really liked the fact that Faith was able to contribute to whatever was going on instead of just being the helpless girl. I loved that her friends stood behind her and helped guide her through the new and dangerous world that she had discovered. Loved Trent! But not as much as Faith obviously did. This was a fantastic start to what I hope will be a long and interesting series. 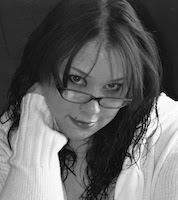 Elizabeth J Kolodziej, a young fiction writer originally from Torrance California, is a smart and original thinker who has researched the origins of vampires, werewolves, and witches for many years. She writes her books from the knowledge she has gained while trying to be as original and inspiring as possible. Her books encompass both true folklore facts along with innovative ideas motivated by the great writers around her. This book is her first, but not her last, in a new series entitled Vampyre Kisses.