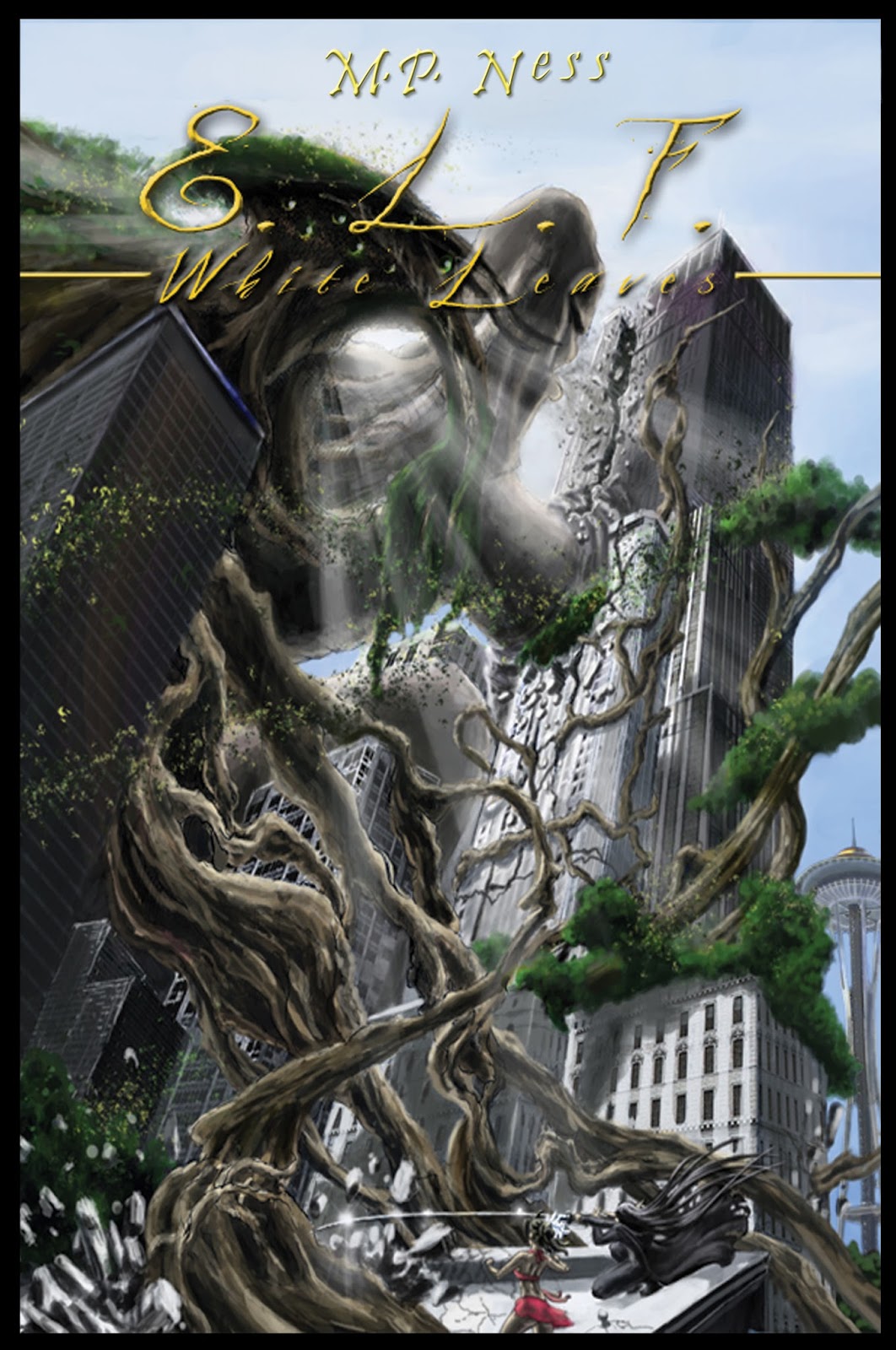 An Eco-terrorist from Seattle discovers Real Elves bent on more than petty sabotage. She must discover the secrets of the White Leaves to spare more than mankind's annihilation, but all life on earth, for the great Powers of else dimensions cannot ever be stopped.


The two descended from the high untouched woods of the Cascade Range as black ghosts. It was a very long trek by the standards of men, but as faerie kin traveling through the Veil of the Leaf’s Edge where time was stretched and space was diminished, the elves soon passed along ever-busy streets. They approached Seattle from the north through the various cities in their path, each named as individual though nothing really changed from one to the next.

One thing the Veil didn’t distort was the scent of poisons leaked into the world by mankind’s creations. Deh Leccend could almost taste it, and it didn’t take his trained eyes to see the devastation it wrought within the trees. It was slowly choking the life out of them.

Of course humankind was blind to the suffocating fumes of automobiles, air conditioning, refuse, and dozens of other pollutants. But the trees weren’t. They cried out actively with voices men could not hear to the sudden nearness of the powerful ones who could. Trees were more than they’d ever seemed to men. They could sense the presence of Elvine-born, even though none of these trees, no matter their size, were old enough to hold memories of the Elvine kin. Deh Leccend could feel them beg for his touch. They collectively ached for salvation, and beseeched him for it. But he could only afford them a momentary glimpse of peace - a second’s respite from the torture of their existence.
a Rafflecopter giveaway
Bio -

Born in the Midwest, I share my birthday with Leonardo Da Vinci, and seem to share a bit of that creative monster's spirit.

I paint, draw, write, sculpt, and more.
I'm extremely prolific when I don't have life and day-jobs tying me down.

White Leaves is currently available at all major online retailers in both print-paperback and eBook forms.

I do my own cover-art, book-trailers, formatting, and marketing.
It's tough, but a thoroughly engaging ride.