Her Accidental Boyfriend by Robin Bielman Giveaway with Review 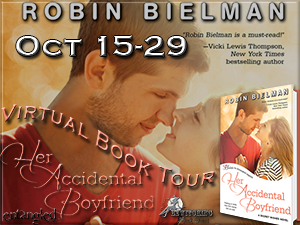 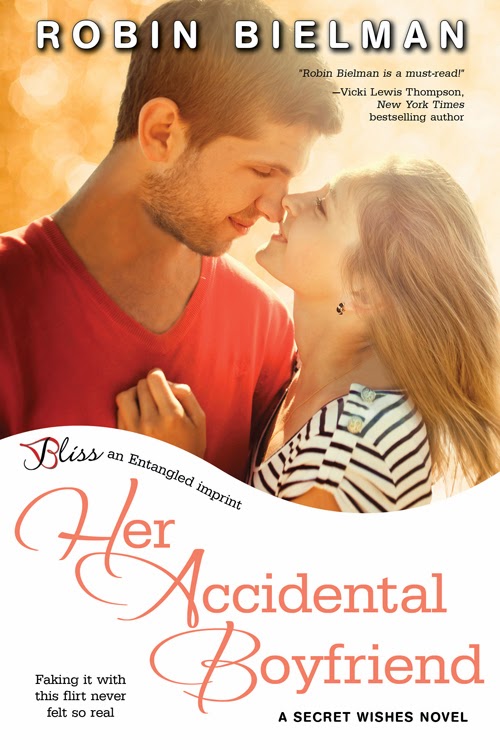 Book Description:
Faking it with this flirt never felt so real...

Kagan Owens has a secret. One she thought she’d escaped by leaving New York, but when her past follows her to her temporary new life, Kagan lets a teeny lie slip. And now the town’s biggest playboy and flirt, Shane Sullivan, has become her pretend boyfriend—just until she’s ready to return to NYC. But the handsome, fun-loving Shane makes it tough to determine where their friendly agreement begins and ends…

Shane has no intention of settling down—in fact, his job depends on it, and nothing’s more important than his work. Still, he can’t help but agree to Kagan’s scheme, if only to find out more about the mysterious beauty. But when every touch from her sets his heart and body on fire, he realizes playing an accidental boyfriend may be more than he bargained for—and more than he can give.

My Review: 4 stars
What a refreshing take on falling for someone you didn't plan on having in your life at all. This was a really sweet read. In the best sense possible. Kagan is running from more than her life in New York, she just doesn't realize it until she has to spend time with Shane. Shane is also hiding from his past, but in a completely different way. They're both avoiding relationships. But with one slip, they have one that starts fake - but with mutual attraction. Over the time they spend together, that attraction grows. And grows. The end of the book really brought out some irritation on my part because of the way that Kagan was treated by her father. But the show that followed was spectacular! I love it!
About the Author: 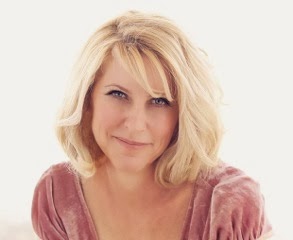 Robin Bielman lives in Southern California with her high school sweetheart husband, two sons, and crazy-cute mini Labradoodle, Harry (named after Harry Dresden from Jim Butcher's Dresden Files books). When not attached to her laptop, she can almost always be found with her nose in a book. She also likes to run, hike, and dip her toes in the ocean. Filled with wanderlust, she longs to visit many different places and fulfill her curiosity. She wouldn’t mind indulging her sweet tooth in every location either. She’s a lover of Post-it notes, cable television shows and café mochas. Writing is a dream come true, and she still pinches herself to be sure it’s real.

Her other novels include  Kissing the Maid of Honor, Worth the Risk, Risky Surrender and Yours At Midnight. She loves to connect with readers. Learn more and sign up for her newsletter on her website at http://robinbielman.com. She can also be found online here: