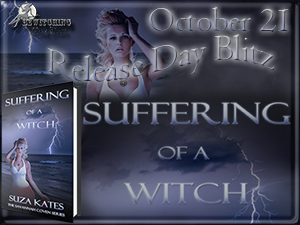 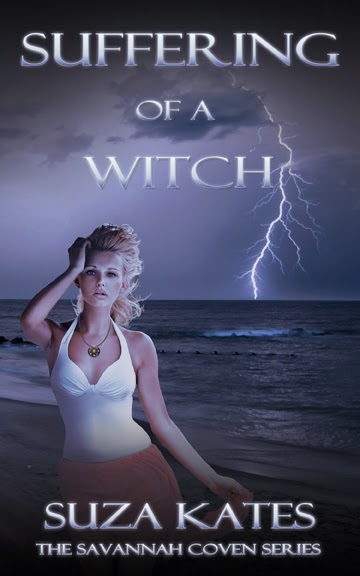 Suffering of a Witch
The Savannah Coven Series
Book 7

SHE WON’T GIVE UP

Kylie Worthington is in love with a man who doesn’t return the sentiment. She’s thrown away her pride and all attempts at pretense, yet Quinn St. Germaine still pushes her away. With the arrival of her trial, she will go where Fate dictates, to fight the vicious group, the Amara, and the demon that they serve. She’s also destined to fall in love, so at least she’ll finally find the man she was meant for. Whether she likes it or not.

HE WON’T GIVE IN

Quinn has spent his life preparing for his family’s prophecy, but no spell or book could have ever prepared him for Kylie. Her passion for him is strong—and persistent—but he must deny what she makes him feel. Too many years have passed him by and too many sacrifices have been made. Though he’s drawn to her beauty and vitality, deep inside he fears her. Quinn already knows what he wants, and accepting her means giving up on himself.

THEY BOTH WILL HURT

United in their battle against evil, Quinn and Kylie can’t see what’s right in front of them. And they never suspected what destiny had in store. Only the worst can bring them together, but will they be forever bound by love? Or by loss?
Excerpt:
Balancing as she took cautious steps, Kylie noted the rough waves crashing against the coast. Had a storm come through? Was one on the way?
Quinn was waiting when she got ready to disembark. He held out his hand. “Come on. It’s rough tonight.”
You have no idea. He was especially handsome in the dark. All lean muscles and quiet strength. No moon in his eyes tonight, though. Only angry clouds.
She couldn’t take his hand. Couldn’t stand the heat that always struck deep to her core, making her feel safe and aroused all at once. She was already too amped up.
“Just take my hand, Kylie.” He’d read her hesitation for what it was, and the reminder of their strained relationship spurred his annoyance.
Reaching for him, she clamped her fingers around his, but as soon as their skin met, he jerked away from her. “Ow! Damn it!” His look was scathing. “I told you not to use your magic on me.”
With the wind kicking up and blowing hair in her face, Kylie chose to jump to the dock before she fell between hard wood and crushing boat. She landed cleanly. “I didn’t.”
“You shocked the hell out of me by accident?” His brows were scrunched together, his mouth tight.
“I—” She broke off when a searing yellow streak leapt from her hand toward Quinn. Tucking her palm against her stomach, she shook her head. “I didn’t. I promise.”
Another bolt materialized from the air above, striking between her feet and splintering into tiny white cracks of energy that shimmered into the planks. More roiling clouds barreled in from the east.
Lightning didn’t frighten Kylie. Though deadly to most, the strikes caused no pain. No injury. Not to her.
Electricity was her life force. Her special gift.
But she’d never been the center of an uncontrollable, miniature storm.
Magic sparked from her body now, moving toward the water, the wooden pier, and the beach beyond. It flew into the sky and from the clouds, shooting in both directions. The essence of her power was communing with the thunderheads.
No, the blistering flashes of pure energy didn’t have her quaking where she stood. Her trembling hands and heaving breaths were a response to something far more dangerous to her well-being.
Another crack split through her poorly-constructed foundation when her gaze clashed with Quinn’s. His eyes filled with recognition, understanding. He knew what the phenomenon meant.
She had to say it before he could cut her down with whatever words were forming in his head. “Quinn.” She held out her hands, harnessing the bolts, channeling them into her as they struck again and again. “My trial is starting.”
He nodded tightly. And gulped.
She couldn’t stay here any longer. “I’m going to the house.” Her little tempest was fading, now that she’d opened herself up and accepted her fate. Her calling. Her prophesied challenge.
But considerable damage had been done, and not by the power that pounded from the sky. She couldn’t stay with Quinn, because the expression on his face was a dagger to the heart.
Her trial had arrived, and it was her turn to face the Amara. To succeed in her own unique quest. And as destiny decreed— to fall in love.
Quinn knew the prophecy better than anyone. He knew its pattern. That’s why Kylie had to run. Why she couldn’t bear to see his reaction.
Because there was no doubt that her time had arrived.
And he was terrified. 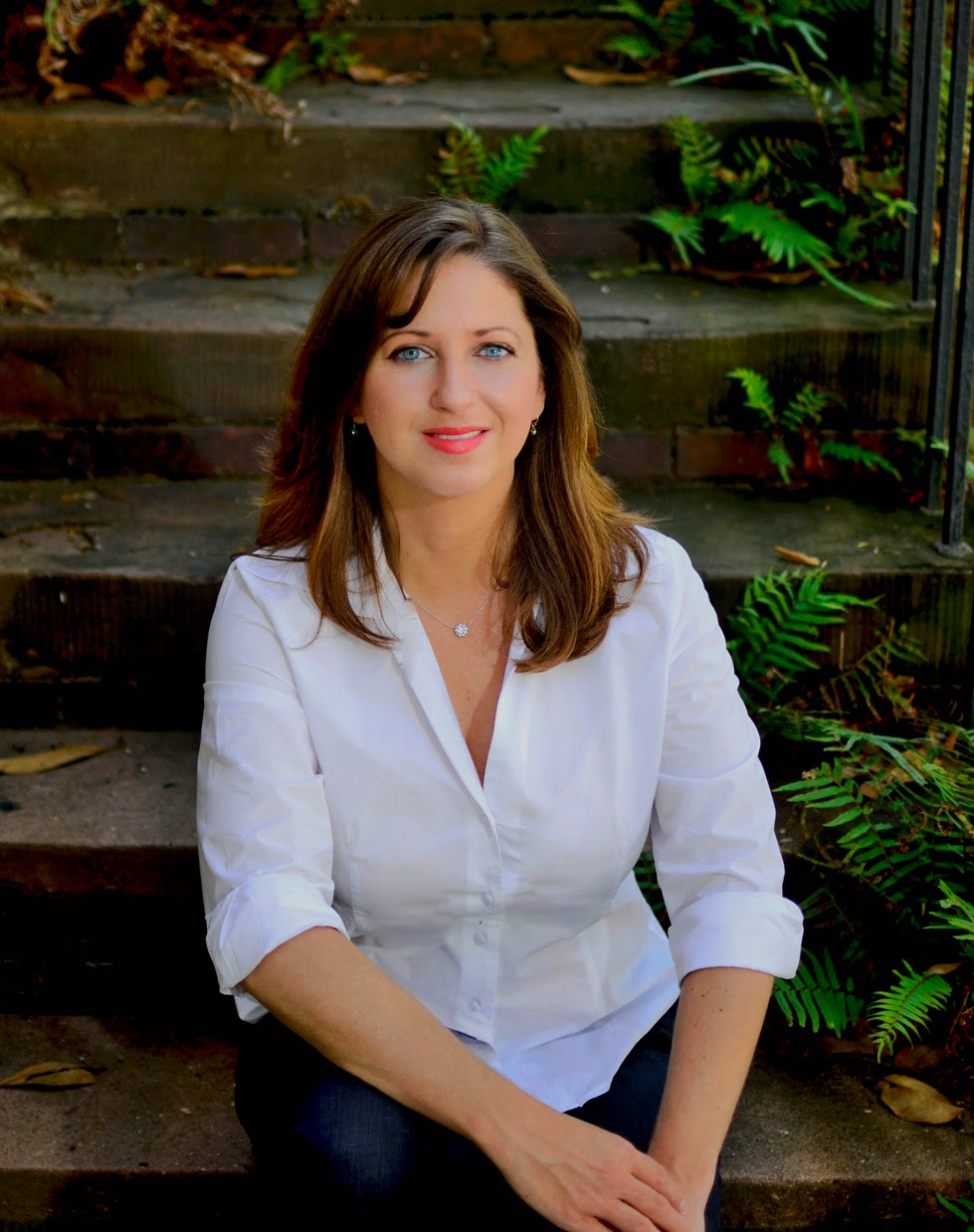 Suza Kates writes the Savannah Coven Series along with other romantic suspense novels. She lives in Savannah with her family and three truly imperialistic cats.