About Becoming A Jett Girl:
How did I start the Lafayette Club?

Well, I’m in the business of saving tarnished souls. I hand pick girls from the street who have no options left in life and give them an opportunity they can’t possibly refuse.

They come to work in the Lafayette Club which is full of EXQUISITE DEBAUCHERY, where influential men come to conduct business and lap dances are considered a fine art.

The girls are trained, they are morphed, they are educated, they follow the rules of the club and they know to submit to me. They live by my motto, no relationships, no love, just sex.

They are never touched, only by me, they are never completely naked, only with me, and their personas are entirely anonymous. The only person who knows who they truly are, is me, Jett Colby.

If these girls were ever seen on the streets of New Orleans, you would never know they were a Jett Girl.

Becoming A Jett Girl is also available in paperback: www.amazon.com/Becoming-Jett-Bourbon-Series-Volume/dp/1499726996/ 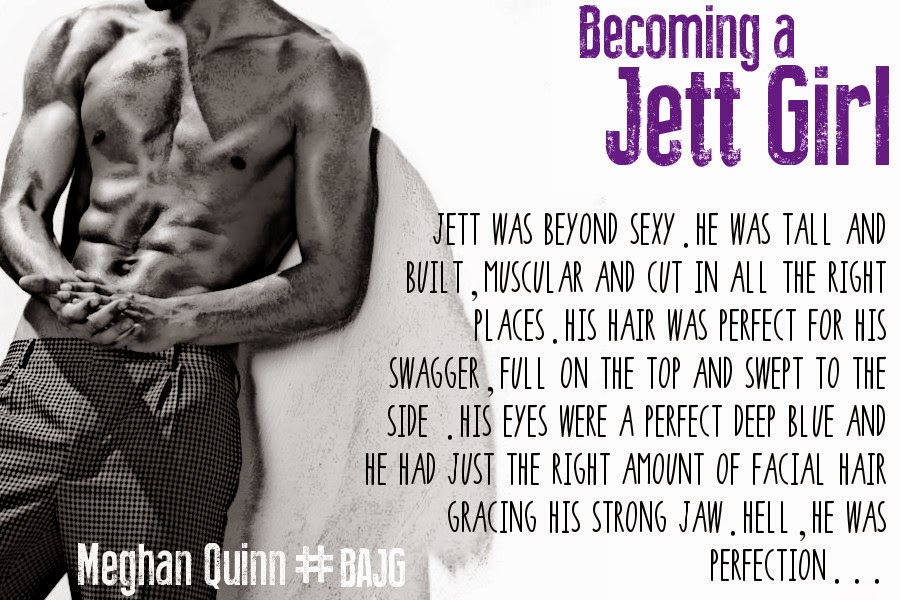 “Work Bitch”
Goldie
“Where the fuck are my titty tassels?” Lyla announced, as she dug through her locker.
She was always losing her tassels. To be honest, I didn’t know why she used them to begin with; they were more eighties porn than New Orleans strip club, but she swore they drove the men crazy. I wouldn’t know, since I was always stuck on drink duty, but that wasn’t my choice.
“Seriously, Goldie, have you seen my tassels? I’m on in five,” Lyla pleaded.
“I haven’t. Maybe you should try something other than mini curtains hanging off your tits, huh?
Maybe wear...oh, what do they call it...a bra?”
“Where’s the fun in that?” Lyla asked, as she shimmied her naked tits in my face and I tried to smack her jugs away.
There was a reason why Lyla, my roommate, was center stage at Kitten’s Castle every night. She was drop-dead gorgeous. I’d be lying if I said I didn’t get a little lady wood every time she was up on stage. She was one of those mixed breeds who lucked out by having parents with perfect genes. Her skin was a deep brown color, her eyes were light green, and her hair was pitch black. Exotic could be a word to describe her, but I would also say fuck-me-in-the-ass beautiful. Yeah, that pretty much described her.
Lyla gave up on the search for her tassels and threw on a white cropped T-shirt over her naked breasts.
“I’ll just do my wet T-shirt routine tonight. There’s a bachelor party out there that has a lot of money to spend,” she said, while wiggling her eyebrows.
“When is there not a bachelor party out there?” I responded. “It’s New Orleans for fuck’s sake and we work at one of the most premier spots for men to get away with murder when they’re away from their own personal finger huts. You know, since the lighting is pretty much non-existent in here.”
Lyla crinkled her nose at my statement. “Hey, I like the fact that the lights aren’t very bright in here. I’d rather not have a spotlight shining up my Britney while I’m dancing on stage.”
“Easy for you to say; you’re not the one delivering drinks in the dark. I swear, Marv is trying to kill me out there.” I slammed my hand on the vanity and said, “And when the hell am I going to get my chance on stage?”
“Down girl. You get paid well.”
“Yeah, but I get groped every time a pass a hairy and horny man and, as we know, that’s pretty much every guy in this dump.”
“You got to work it, bitch, if you want to get the hell out of here, so stop complaining and put your garter belt on. We have some willing customers out there with some fat wallets.”
I huffed and waved Lyla off as she raced out to the stage to get ready for her act.
I looked into the mirror and studied the reflection that looked back at me. Ugh, I hated that my life had become an uphill climb of trying to pay off bills and debt that were, unfortunately, not even mine, but that of my dead parents. Every day, I have to practically sell my soul to skeezy men just to make sure I don’t go hungry and I can pay off the stack of bills that are piling up on my counter.
I’ve spent the last nine years of my life trying to climb back from the hole that Hurricane Katrina put in it and it hasn’t been easy, especially since I have no degree and no job experience.
That’s why I’m currently sitting in front of a rusty old vanity with piss poor lighting, outlining my azure colored eyes with cheap-as-fuck eyeliner and praying that only one man tries to stick his thumb in my ass tonight. It was a common occurrence amongst the pervs.

My Review: 5 stars
Meghan continues to blow me away with these unique stories that she tells, and the way they're told. All of her books are very well written, the characters perfectly flawed. Goldie has found herself in the unfortunate position of being a waitress in a stripper club. She has mountains of debt from when her parents died and no prospects for the future. I love the way that she is so uncensored and free with saying what she wants, how she feels and who she is. Jett is a complicated man, and that's an understatement. He has his friend, Kade, help him run his establishment, The Lafayette Club. Jett chooses the girls that he wants to be there and they are there to be seen, not touched. Touching is for Jett, and Jett alone. When Goldie is finally persuaded to come to the Club, she is awed. There are a lot of rules, and she must sign a contract. What happens between Jett and Goldie/Lo is a first for the Club. Kade warns Jett that he shouldn't have brought Goldie here, and almost persuades her to leave. Jett has never treated another girl like he treats Lo (Goldie's name in the Club). Jett and Lo have a mutual attraction and Jett lets it be for a while. Problem is Jett has competition, and doesn't even realize it until it's almost too late. There is a lot of intrigue and shenanigans in this book. There are fun and sexy times, and there is one hell of a fist fight too. I loved the way the book ended, and cannot wait to see what Meghan brings us next in this series. But I know that no matter what it will be good, with Meghan it always is. Meghan always makes me feel comfortable with her characters and pulls me into the story. 5 stars is not enough, but it will have to do. 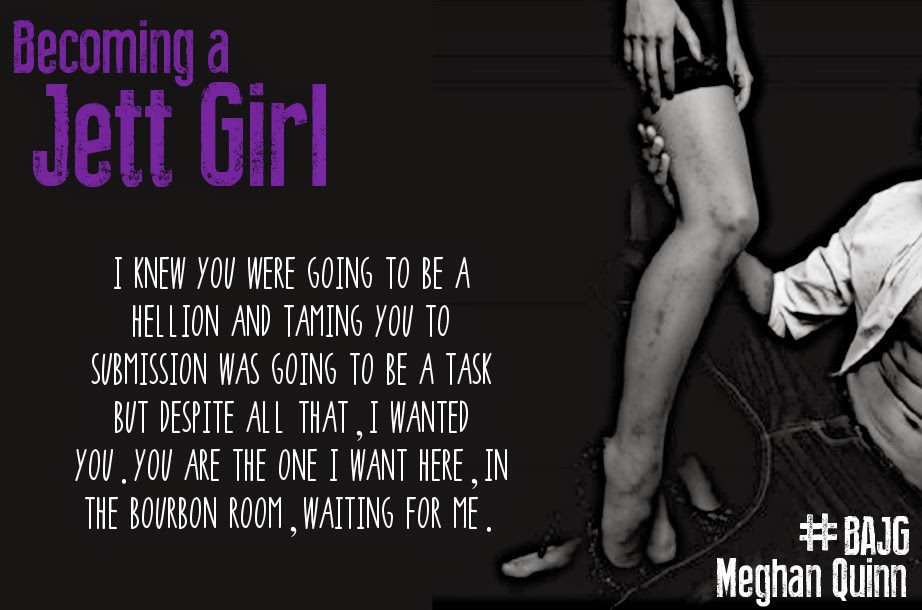 When I was in high school I occasionally read books but was consumed by other teenage things so I didn’t take the time to appreciate a good book on a cloudy day, wrapped up in a blanket on the couch, besides “The Notebook” I made time to read the heartbreaking novel.

It wasn’t until I received a Kindle for Christmas one year that my world completely flipped upside down. When looking for books, I came across the Contemporary Romance genre and was sold and I haven’t turned back since.
You can either find my head buried in my Kindle, listening to inspiring heart ripping music or typing away on the computer twisting and turning the lives of my characters while driving my readers crazy with anticipation.
​I am currently residing in beautiful Colorado Springs where the sun is always shining and there is a trail waiting to be hiked on every corner. I share a lovely and warm home with the love of my life and my five, four-legged children.