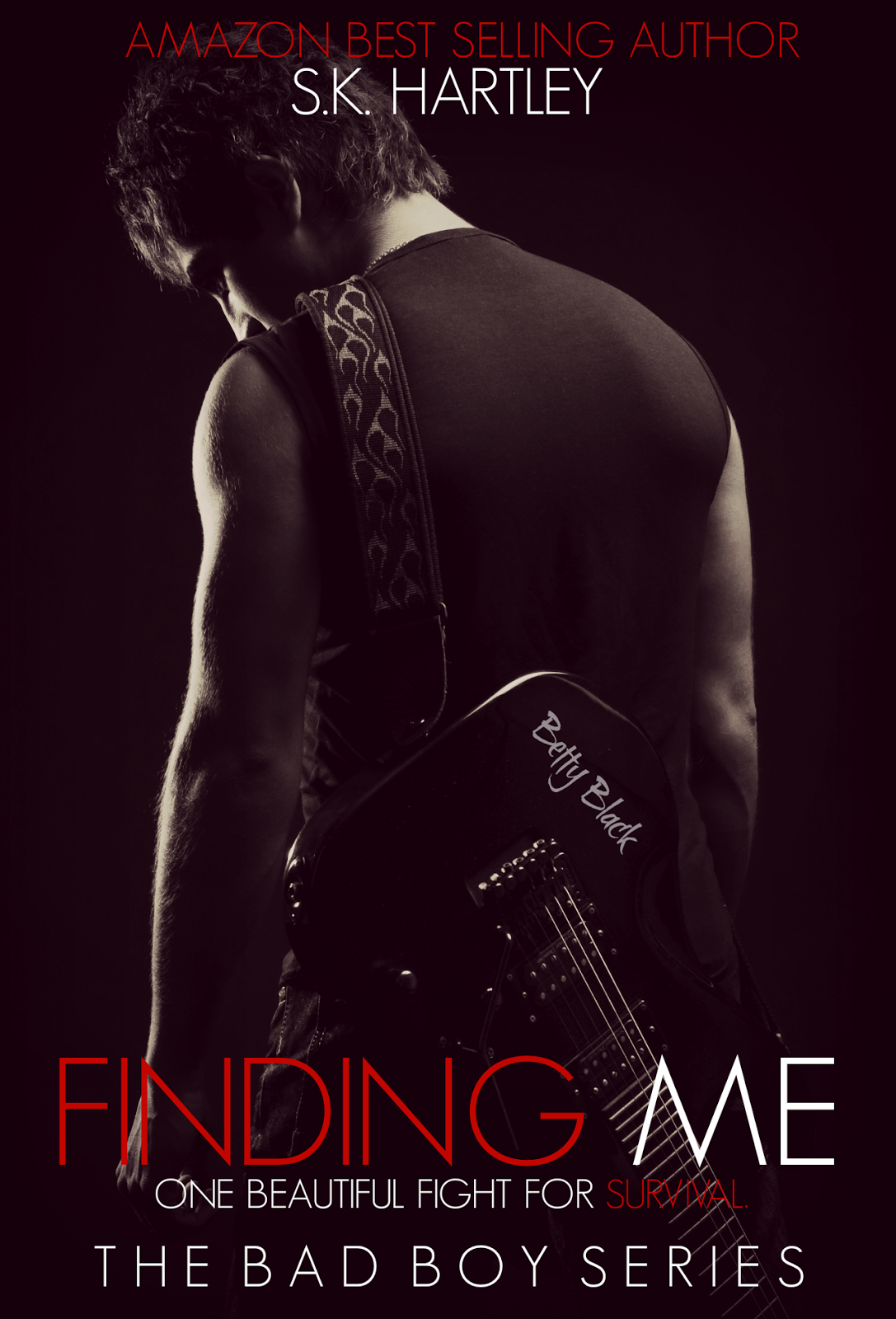 Synopsis
The lines are blurred between what is real and what isn't, the darkness that was once a place I feared was now a place of safety. If I stayed in the darkness, the hellish reality of what was truly happening no longer seemed real.
But I was about to be pulled out from under the consuming blanket of dark shadows, and plunged into the murky depths of my past. I was about to be shown my demons and all it's evil sides, all of it's pain and grief. I could only hope I survive it.
What happens when the world you once knew crumbles and falls at your feet?
Who will find me?
Who will save me from my demons? My dark prince or my white knight...
And will I find myself in the process.

•••••••••••••••••••••••••
Excerpt
She loves him.
She. Fucking. Loves. Him.
My mind is reeling, it has been since Tate came home a couple of days ago. I keep running the conversation over and over in my head. The look on Tate’s face told me everything I needed to know, he didn’t need to fucking say it. But even as the words passed his lips, I was still thrown into shock.
‘She loves him. I’m sorry.’
‘I’m sorry.’ Like that is going to stop the ache in my damn chest, or the constant hard-on that appears at any mention of her name. I can’t even bring myself to say it. I can’t even say her fucking name without crumbling on the floor or running into a fit of rage. When did I become such a pussy? Before the school semester started, she was the woman I could not touch. That I could never be good enough for. Now she is the damn reason I wake up in the morning, the reason I breathe.
I have been staring at the alarm clock on my bedside table for what felt like days. I lost the sense of time as soon as my best friend stepped through the door. Every thought that runs through my mind is of her, of them, of us. But as soon as it appears in my mind, I shut it away tight. I can’t think of her, of them … of us. It hurts too damn much.
There are times where I have questioned everything. My choices, my decisions. I have questioned everything. EVERYTHING. All because of her. Everything I did was for her, and now I have no idea if I could carry on without her.
My hands flexed around the football in my hands. Football. Jesus, I have been off of my game for weeks. Coach is losing his shit after every single game, and is probably ready to damn well bench me. My head is so screwed that I can't even concentrate long enough to catch the damn ball. Even now it feels foreign in my palms. What the hell has happened to me?
"Dude, we're headed over to Ace's. You in?"
I looked up from my position on my bed, staring straight at Tate who was peering around the dorm door. He was smiling. As if one of Ace's parties was going to cure my fog ridden mind, and help me move on.
"No." I grunted.
Before her, I would have gone. No questions asked. It was about the beer, the women, about having a good time. But now going to Ace's house for a damn party was like sticking pins in my eyes, and nails in my balls. Pure fucking torture.
"You need to get out of the room, Logan. Locking yourself away in here isn’t going to do any good.”
I could see the sincerity in his eyes, but to be honest it wasn’t making me feel any better. I just wanted to punch him in the jaw. He is my best friend, but Christ, he drives me crazy.
“I said no, Tate.” I sighed.
“Fine. But take a fucking shower, man. You stink.”
I heard the door click as Tate left and shut the door behind him. Falling back onto my bed with a sigh, I threw my forearms over my eyes. I can’t deal with this shit much longer. She is constantly on my mind, making me dizzy with every damn thought. I turn and nuzzle my sheets, and my eyes widen with surprise. Even my fucking sheets smell like her. Like the sea, she smells like the damn sea.
Throwing myself off of my bed, I roughly rip the sheets from it, ready to throw them in the trash. But before I can even blink, my damn body betrays my thoughts. Pulling the crumbled sheets to my nose, I inhale. Hard. The instant her scent hits my nostrils, my cock stirs and my eyes roll to the back of my head. Damn.
•••••••••••••••••••••••••
Meet the Author

Facebook / Website / Goodreads / Twitter
S.K. Hartley is a mother, wife and a writer. Based in the not so sunny North West of England you can find her either glued to her computer desk, in the public library (Yes, they do still exist!) or floating around her favourite authors books signings.
S.K. Hartley has an unhealthy obsession with coffee, chocolate and retro computer games and a healthy obsession of stalking indie authors.
•••••••••••••••••••••••••
Buy Finding You (Bad Boy Series #1) 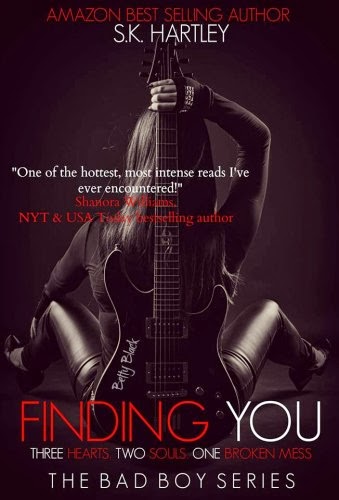