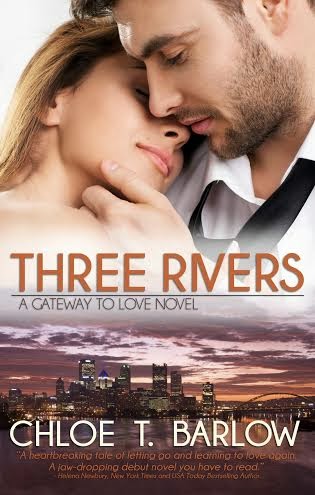 How do you start over when you gave everything to one life, one plan, and lost it all?

Althea refuses to allow herself to love again. Imprisoned in grief at twenty-four after her husband’s sudden death, she’s convinced her heart died along with him. She spends her days honoring his memory by clinging to the legal career he helped her to build and to the remaining pieces linking them together.

Griffen’s been running from his past. Despite success as an author and investigative journalist, he’s been traveling through life on autopilot. For a decade, he’s chosen perilous adventures and meaningless sex over the danger of any attachments. When he finally returns home to Pittsburgh, he’s slammed by the awakened memories and regret he’s spent years trying to escape.

A chance encounter brings them together. Their instant desire for each other – and the bond they discover between them – shocks them both. Despite her best efforts, Althea can’t resist Griffen’s charm or his intriguing proposition – if she agrees to a no-strings affair with him for the two weeks he’s in town, he swears he’ll walk away when their time is up. Assured she can test the waters of a new life while keeping her vow never to betray her husband’s memory by opening her heart to another, Althea throws herself into the escape Griffen provides her.

Their perfect plans go awry when the intensity of their connection overwhelms them. Will they risk it all on the chance of something great together…or will the power of their secrets and guilt tear them apart?

Excerpt:
Althea looked out the window, marveling at the breathtaking view of the city and the rivers from his suite. “This is one helluva view.” She turned and smiled at him shyly and she could see him swallow in response. Damn, even his Adam’s apple is sexy.

He stalked toward her, his blue eyes trained on her hazel ones, and she actually shivered. He just stood there in front of her and she could barely breathe. Underneath all his playfulness there was the hint of someone intense and only barely contained, and the combination was driving her deliciously crazy.

Finally, he placed his hands on her shoulders and she released a little gasp. He gently slid them down the bare skin of her arms and she leaned her head back revealing her neck more fully to him as her hair fell away from her. Griffen nuzzled his face in her neck so that his masculine scent surrounded her, while his strong, warm hands rubbed purposely up and down her arms causing her insides to ignite like a wildfire. He gently kissed her neck, then teasingly bit her shoulder, and it was as though an electric shock shot straight to her core and she could feel herself becoming wet already.

“Althea, you’re incredible, you know that?” he asked as he moved his hands to her waist and pushed more fully against her, until his legs were snugly between her thighs and the cheeks of her ass were pressed against the cold glass. It was a stark contrast to the heat of his body and the intense warmth and wetness in her center. She imagined that if she pulled away there would be a steamy imprint of her back and ass against the glass and it made her feel beyond sexy.

They were already breathing heavily when he whispered, “Looking at you against this glass, the city behind you — now that is one helluva view,” he groaned against her ear, licking and nibbling her earlobe until she had to lean her dizzy head back against the cool glass for some relief. About the Author:
Chloe is a contemporary romance novelist and practicing attorney living in Pittsburgh, PA with her husband and their sweet puppy. She is a native Washingtonian that graduated Duke University with a degree in English and Chinese language. She met her husband at Duke and he brought her to Pittsburgh over a decade ago, which she has loved ever since and made her adopted hometown. She also attended University of Pittsburgh Law School where she continued to be an overachieving nerd.
Chloe has always loved writing and although she does do it professionally as a lawyer, she cherishes the opportunity to craft her contemporary romances and share them with the world.
She is an avid romance fan and wrote her debut novel Three Rivers in her spare time. She continues her tireless legal style of research in her fiction work as well. For example, in an effort to bring authenticity to Three River’s treatment of grief and loss, she consulted with a psychologist and grief counselor during its preparation. 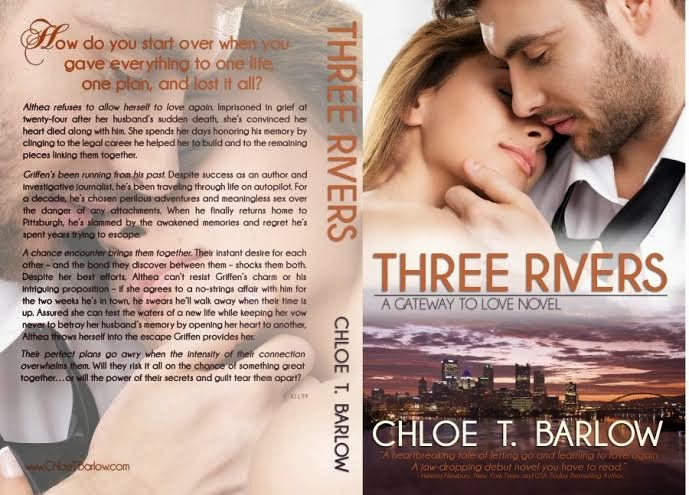