Author: C.A. Harms
Genre: Romance
Release Date: January 10, 2014
Hosted by: Book Junky Girls
Amazon
Scarred by Love Raffle Giveaway
Synopsis:
Riley thought she was in love. She thought she found the perfect guy until his aggressive behavior became too much to handle and she ran.

Becoming withdrew from the world and hiding from the chance of loving again. Having four older brothers and a determined best friend she had no choice but to stand strong.

Over time Riley was able to open up once again. She had no idea that the one person she needed was right under her nose.

She was guarded and hesitant when it came to bad boys...after all it was a bad boy that shattered her once before.

Zander wanted the girl from the party. He wanted to be near her even though she continued to push him away. He couldn’t let go of the gorgeous girl with those stormy eyes.

They both had secrets they kept hidden from one another. They found it easier to talk to others than to confide in each other. Riley begins to realize Zander isn't who she thought he was and falling for the sexy voiced Lead Singer/Guitar player may be just what she needs.

They struggle through hard times and learn to trust again. But will the love that grows be enough to hold them together or will the heartache they suffer drive a wedge between them forever.

They could be toxic to one another or they could heal the wounds that run deep within their souls.

THIS BOOK CONTAINS ADULT CONTENT AND IS MEANT FOR MATURE AUDIENCES 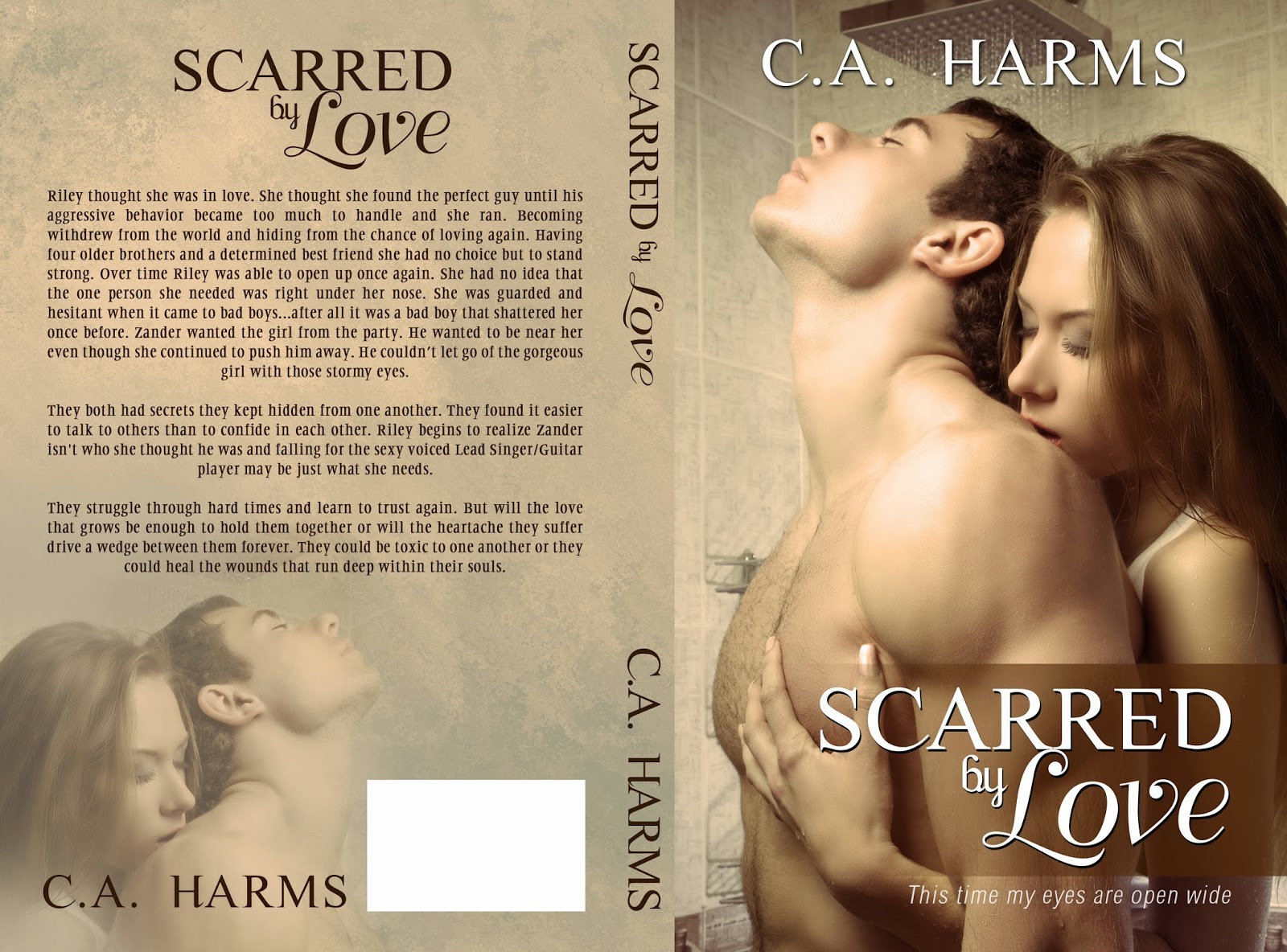 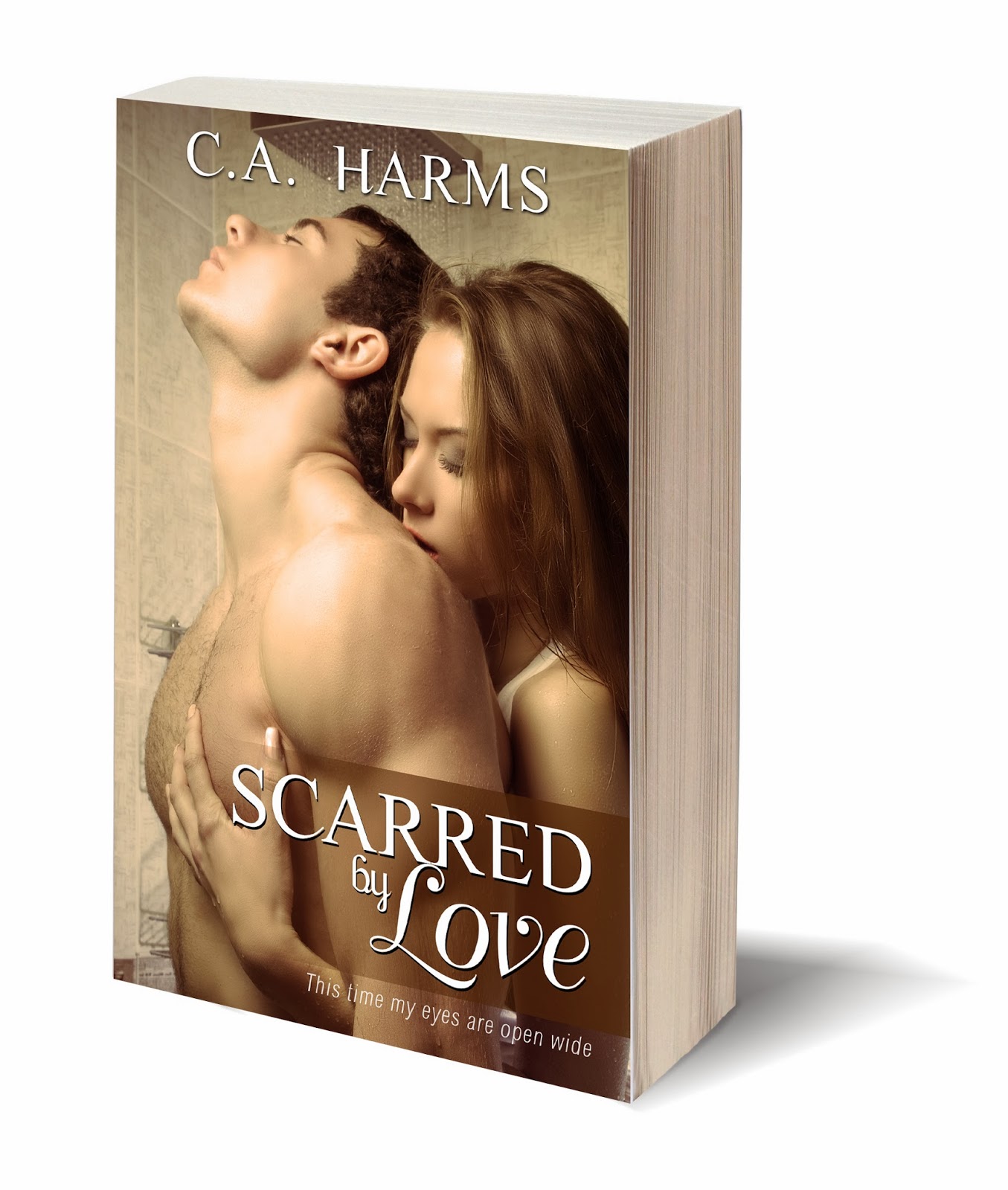 
“I wouldn’t eat any of that if I were you.”
She turned so quickly we almost bumped heads. I pulled back slightly and her lips we so close to mine as she looked up into my eyes.
“And why’s that?”
Fuck Zander…pull it together. “Well look around the room. Do you see all these guys here?
“Yes.” Her voice was just above a whisper as she scanned the room before focusing back on me.
I took just a few seconds to look at her curious eyes, when I felt my heartbeat slow just enough, I continued.
“Well imagine that at least half of them have had their hands inside that bowl of chips.” I paused for just a second allowing her to think about it. “And then imagine that at least seventy five percent of those have used the bathroom without washing their hands after.” Her nose wrinkled up in the cutest way. I struggled with the chuckle I felt in my chest. “You see where I’m going with this?”
Her nostrils flared and she took a deep breath. “Oh…that’s really gross.”
I couldn’t help it; this time I laughed. “Yep, it’s honestly pretty nasty.”
When she laughed and her eyes fluttered I almost lost it. Damn she was sexy. She wasn’t sleazy sexy…not at all. She was what my mom would have referred to as Beautiful sexy. She wasn’t throwing herself at me to gain my full attention. She was dressed pretty hot but yet covered up.
“You’re staring.”
Shit…I shook my head just a little. She had caught me. “Sorry, I couldn’t help it. It’s your lips and your eyes.”
“Smooth.”
“What? You want me to lie?”
She bit her lower lip and I could see the smile pulling at the side of her mouth.
“You’re kind of distracting.”
Her eyebrows shot up as she stared at me.
“Oh, really? Would you mind explaining how I’m distracting you?"
I was mentally counting to ten. I so needed to breathe. My mind was racing. I was usually pretty relaxed around girls. I needed to climb out of my head…I was working myself up entirely too much.
Okay, Zander time to man up. I reached out and traced my fingertip across her cheekbone just below her left eye. “You’re eyes remind me of the sky just before it storms. That hazy blue color…it’s really unique.”
She watched me with no reaction, nothing. I let my hand fall back down and was about to say something to break the silence when she broke out in laughter. Not just a little giggle…I mean a hunched over heavy as hell laugh. Her eyes seemed to gloss over and I watched in confusion. I stood in front of this gorgeous girl watching as she continued to laugh at me.
“What?” I had to ask because I was lost.
Once she calmed herself enough to answer she spoke. “So does that shit really work for you? I mean that was a pretty lame ass pick up line.” She placed her hand on my cheek and took a step toward me. “Your eyes look like the sky right before the perfect storm.” Then she laughed again.
Fuck I was really bombing…big time.
I smiled, “I’m being serious. Have you ever fucking looked closely at your eyes? I’m not trying to spout lame pickup lines. I mean it.”
She pulled her hand back and I missed it instantly.
“What’s your name?”
Maybe I didn’t bomb as bad as I had thought.
“Zander…What’s yours?”
She brushed her hair away from her face and tucked it behind her ear. Son of a bitch I was acting like such a pussy. She was so fuckin’ beautiful. She had me forgetting how to breathe.
“I’m Riley and Zander it was really nice to meet you. Thanks for the laugh.”
She handed me a full bottle of beer and walked away. That’s right, she fucking walked away. I watched her disappear into the crowd of people. I watched until I could no longer see her before I hung my head and turned back toward to Beth.
When I looked up she was laughing so hard she literally fell sideways into Mark’s lap. I walked in their direction and flopped down next to her, “Fuck off Beth. Seriously just fuck off.”
She patted my back, “What’s wrong Z…wasn’t she impressed?”
I shook her off, “I panicked.” I hung my head in defeat.
Her laughter broke out once more and I couldn’t help it, I laughed too. What the hell was wrong with me? I know how to charm a girl. I had done it a million times. For some reason Riley had me stumbling at every turn. She wasn’t a girl that fell for the everyday charm…she was tougher.

My Review: 4 1/2 stars
I liked this book a lot. It seemed to me that it could have been about any real-life relationship. There are some issues with Zander's best friend being a girl. To be perfectly honest, there were lots of signs there that pointed to there being an issue. Zander, like I would have didn't pick up on that because he never felt that way. In Zander's defence, if he never felt that way and Beth, his best friend never said different, how was he to know?But from the first moment he saw Riley, he knew he wanted her.
Riley also knew she wanted Zander from the beginning, but Riley assumed a lot, and in the end things do come out that are uncomfortable for everyone. Zander never made things easy for himself by keeping Riley out of certain parts of his life. Also, damn, didn't anyone know how to lock a door?? Both Riley and Zander walked away at first because it was a chance meeting. After that, if was just meant to be. I loved Riley and Zander together, apart everyone was miserable. Everything else that happened was just life and others trying to get in the way of Zander and Riley's relationship.
Granted, sometimes, it seemed that either of them was the person stopping them from moving forward. It was a fantastic read, and I loved every minute. I think what really made it more for me was the almost instant regret and the misery that both Zander and Riley put themselves through. I did love the characters, all of them, especially Riley's brothers. I loved how protective of her they were. I really wouldn't mind reading more books about these characters. Nope, not at all.
Meet the Author:
C.A. Harms is like any other addicted reader. She enjoys happy endings and HEA love stories. She hasn't always been a lover of Romance and had once been addicted to a good Mystery. Just recently she has taken on a new liking and now is a full blown Romance novel addict.


She lives in Illinois and enjoys spending time with her husband and two children. You will always find her with her kindle or paperback in hand as it is her favorite pass time.