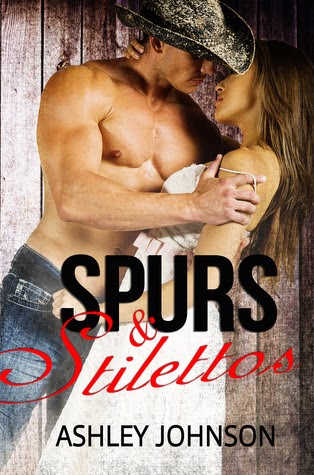 Synopsis:
Hope Trahan has everything she wants and everyone she needs…except her sister and someone who really is deserving of her. Who knew two separate events would turn everything completely upside down? When her best friend drags her down to the rodeo to help clear her head the last thing she expects is to meet a sexy, sweet talking cowboy. That’s not what she came for but fate had other things in mind.

Wesley Tyler owns two national titles and is riding his way to the next. The day he meets Hope, he knows there’s no going back. He soon learns Hope carries ghosts with her she can’t quite shake. She holds things she wishes she could let go of. Wesley just may hold the key to helping her overcome it all. Can he win her over and help mend her broken walls or will her past hold her down?

Excerpt:
I’m a bundle of nerves as I step out into the night air. It’s hard to not see him. He’s leaning against his truck. His back is to me and I almost don’t think he knows I am coming until he turns around to face me. My heart drops in my chest as I look into his eyes. We say nothing for a minute. We’re taking this time to rememorize each other, this time without the loud music and bright lights of the club. His hand reaches up and brushes against my cheek. I shudder trying to control myself. I missed his touch so much.

I close my eyes praying this isn’t some dream but I open them and he’s here with his hand still on my cheek.

“I miss you too,” I whisper almost inaudibly. We go back to not speaking. I can’t believe I’m standing outside in front of him. In front of the man who completely melts my heart. “Can you forgive me?”

He leans in closing his mouth over mine and takes charge blowing my mind. I kiss him fiercely. “I can’t think of you being anyone else’s but mine Hope.” He says between kisses.

My Review: 4 1/2 stars
This was a nice, quick read and I really enjoyed it. I don't believe I've ever read anything by Ashley before, but I would be interested in reading more of her work. The story was good and moved right along. The characters each had their own quirks, but who doesn't? I can understand Hope being insecure after having her previous relationship end the way it did, and then we find out how much he verbally abused her. That's a difficult thing to get over. In my opinion, it's just as bad as physical abuse - the memories of those things happening make you doubt yourself and everyone around you. Wesley was a good guy with a great heart, but he's not perfect either. They both make mistakes and work through them, like you're supposed to if you really love the other person. I thought this was a great read and I really liked it when Wesley would ask Hope, "Are you done babbling sweeetheart?" He says it several times throughout the book, but always with love. They were a good couple from the start and fate had a hand in everything. Yes, things move quickly with them, but sometimes that's just the way things go. When you know, you know.

Author Bio:
My name is Ashley Johnson and I live in Lake Charles, La with my fiance and our daughter. I graduated high school in 2003 and graduated college in 2008 with an associates degree in Criminal Justice. Now I just love to read and write and I hope ya'll enjoy it :) 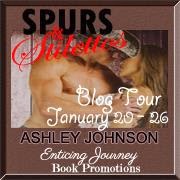