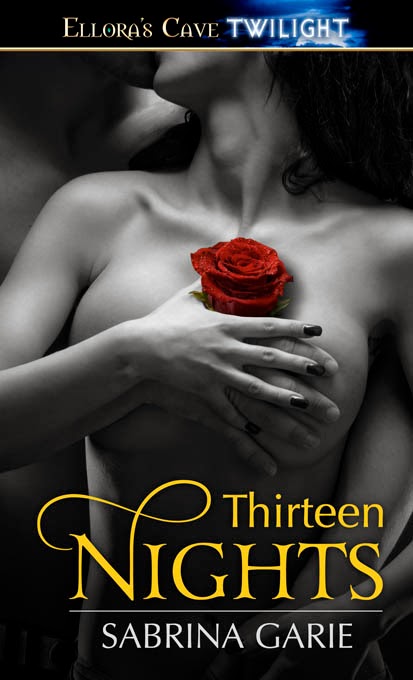 Book Description:
Annie’s always been different. An empathic Amazon, she hides her emotional anomaly beneath her legendary fighting skills. To avoid passing on her genetic disorder, she’s always avoided the Thirteen Nights Ritual—the annual breeding rite among the warrior races of the Greek Pantheon. Only months away from 30, she is now duty-bound to participate. When she meets Tai, a half-human warrior who revs her up beyond legal limits and nurtures the gentleness she’s had to keep secret, thirteen nights of pleasure don’t seem nearly enough.

As a half human, Tai has survived by being faster, more lethal, and a whole lot smarter than his brethren. While the male warriors accept him for his achievements, the Amazons have never given him a second look. Until he meets Annie, whose smile is warm and real and whose body shudders with desire—for him. Determined to have her, he hacks into the Thirteen Nights database and rearranges the pairings to make Annie his breeding partner. Together, their strength and tenderness combust into pure love.

But Tai’s actions are forbidden under Amazon law, subject to a death. To stay together and alive, they must take on the Greek Pantheon and win.

My Review: 4 stars
I liked this book. It was interesting and creative. Sabrina brought a tale to life utilizing the mythology of not only the Amazon women, but also included Gods from a variety of pantheons, including the Greeks. Tai and Annie enter into a relationship that is forbidden by the laws of their people. Tai does it willingly, because once he's seen Annie she's all he wants. He makes their pairing up happen, and then puts everything into getting Annie to break the rules and fall for him as well. Sometimes, breaking the rules IS what's called for. This was a great read, interesting lore and well written.  Well done, Sabrina. Sabrina Garie is on a journey to create the most kick-ass heroine romance fiction has ever known and the hero who can take her. A believer that big, audacious goals spice up life, she relies on coffee, red wine and laughter to make those goals (and her characters) come alive.

When not at the computer, she wrangles vegetables and extra helpings of homework into her fashion-loving progeny, kowtows to a fat cat and reads, a lot.

Since it is more fun to travel in packs, come along for the ride. 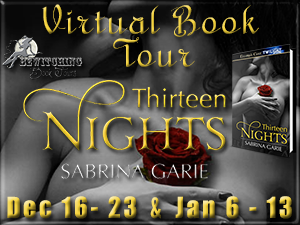