Into The Unknown by Bethany Shaw Release Day Blitz 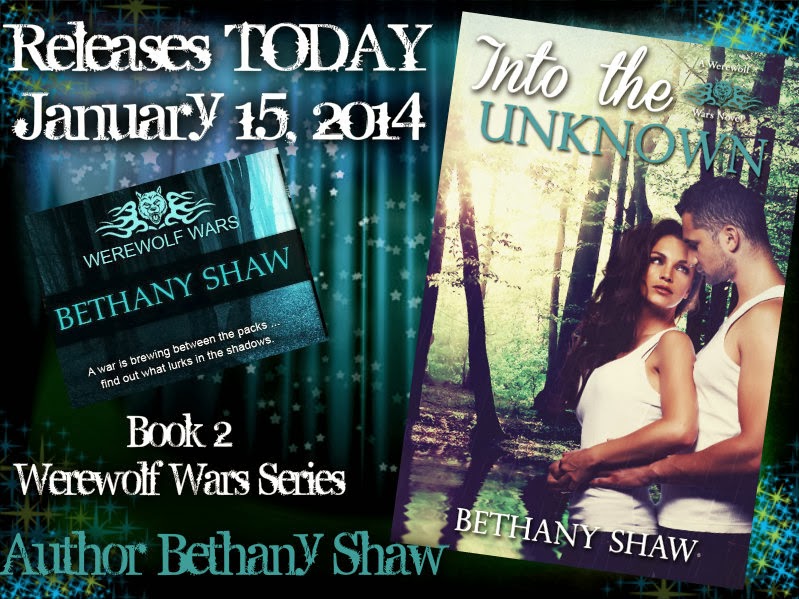 Synopsis:
Into the Unknown
Gene has taken control of his pack after the devastating loss of his father, Rick the alpha. He has been preparing for this his entire life, but nothing could have prepared him for the brewing war, or the beautiful Talia.
Talia trusts no one. If she had it her way she would take her son and run far away from everyone. But, she wouldn’t get far with her psychotic family after her. Going against her better judgment, she teams up with Gene in an attempt to end her family’s tyranny. 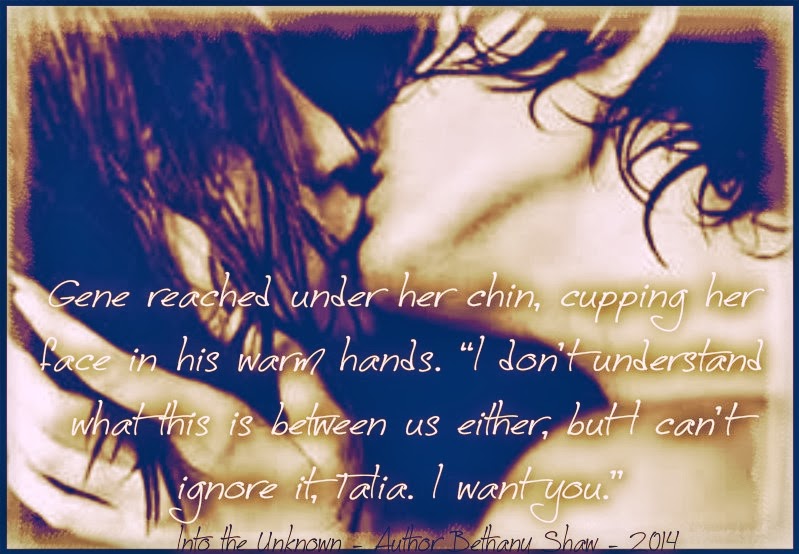 Out of the Shadows, book 1 in the Werewolf Wars Series
Synopsis:
In an attempt to save his sister, Emily, from becoming a breeder, Devon Harris defies his
alpha and flees his home with his sister. They seek refuge at his Uncle Rick's
ranch, unintentionally laying the foundation for a war between the packs. There
he meets the fiery human Lark. In the midst of a war, does he dare let himself
fall for her?

Rick Harris has been like a second father to Lark Davies since her parents died
in an accident three years ago. As the sole guardian of her younger sister and
the owner of her own bakery, Lark doesn't have time for a social life. When
Rick's nephew comes to town, sparks immediately begin to fly as Lark finds
herself drawn even further into the werewolf world.

Out of the Shadows is the first book in the Werewolf Wars
Series.

About the Author:
Bethany Shaw lives in Ohio with her husband and two children. She has been married to her husband for nine years and her children are five and two. She enjoys spending time with her family and friends. Some of her other hobbies include, reading, jogging, and family bike rides.


Writing has always been a passion of hers and she is thrilled to share her work with you.