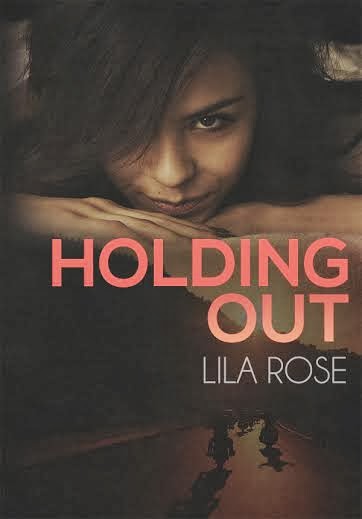 Synopsis:
Zara Edgingway is a twenty-six-year-old secretary. She has a daughter that apparently knows-it-all and a best friend that could possibly have the mouth of Satan, but she's been with her through hell and back. Then there's the hunk'a'licious biker neighbour finally showing interest in her.
If only she isn't about to face her next obstacle in life, the one she ran from six years ago: her ex husband.

Talon Marcus is the president of the Hawks Motorcycle Club. For two years he's had his eye on the quiet, reclusive, yet sassy, neighbour Zara. Finally, he has the chance to claim her as his woman. Just when her past catches up with her, she'll need, not only his protection, but the help from his biker brothers.

Now, if only she'd stop fighting him along the way. 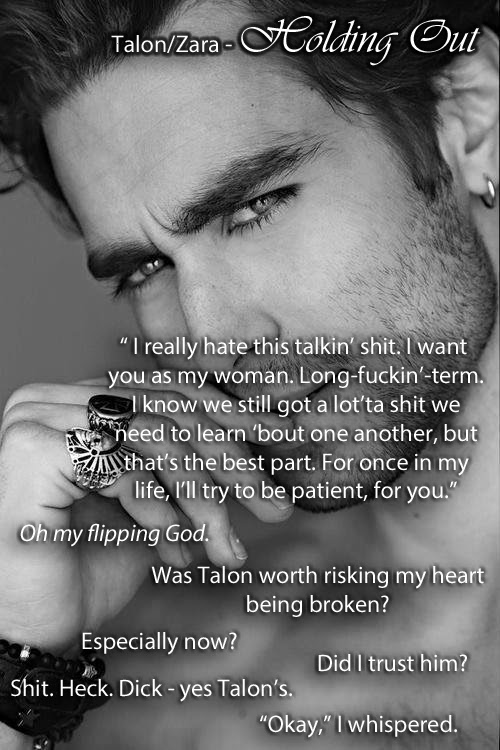 
My Review: 5 stars
I absolutely loved this book from the first page to the last. It was hilarious, full of friendship, brotherhood, love, danger, support and family. I fell in love with each character as they were introduced, just through their sheer honesty with each other and their great personalities. I personally, would love to hang out with this group of characters. Talon and Zara are indeed, quite perfect for each other. Deanna is in your face honest, foul mouthed, and fantastic. Just what a best friend should be. Zara has a past that she's run from and Deanna knows all about it - only Deanna. Talon has decided, just in time to make Zara his own, and it couldn't have come at a more perfect time, because as much as she tries to deny it, she wants him too. Talon just happens to be the sexy, bad ass leader of the Hawks biker club that lives next door. Talon wants Zara and this time there's no stopping him. Although I must say that his crew doesn't do a fantastic job of protecting his new lady love. It's all good though, things are worked out, connections are re-made and new ones are formed. Zara feels the need to run once she finds out that her husband, Alexander, that she ran from six years ago is after her once again. Talon is having none of it, and won't let her go. Everyone comes together in Zara's defence and in support of her. This is just the beginning of what I'm sure are more great tales to some. I'm looking forward to the next book about Deanna and Griz. I'm also curious as to what happened to Alexander after that one night. Lila did such a fantastic job with this, I can't believe this is her first book. I'm very glad it's not her last. I want to read each and every one of them. 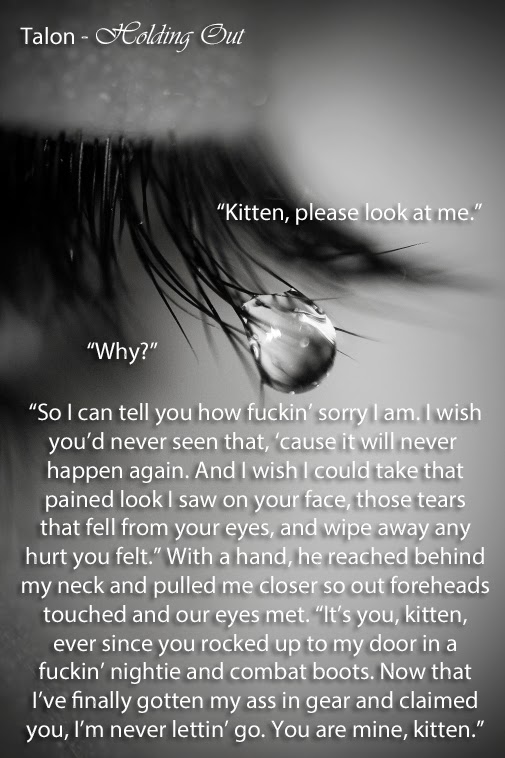 Author Bio:
Lila Rose lives in country Victoria Australia with her husband and two children. When she isn't writing she's trying to control her mob from killing each other and helping her husband with the family business. Lila Has always dabbled in writing, though, only recently will have her debut novel Holding Out released in December 2013. Then she'll just need to find time to bring out more from the Hawks Motorcycle Club series. 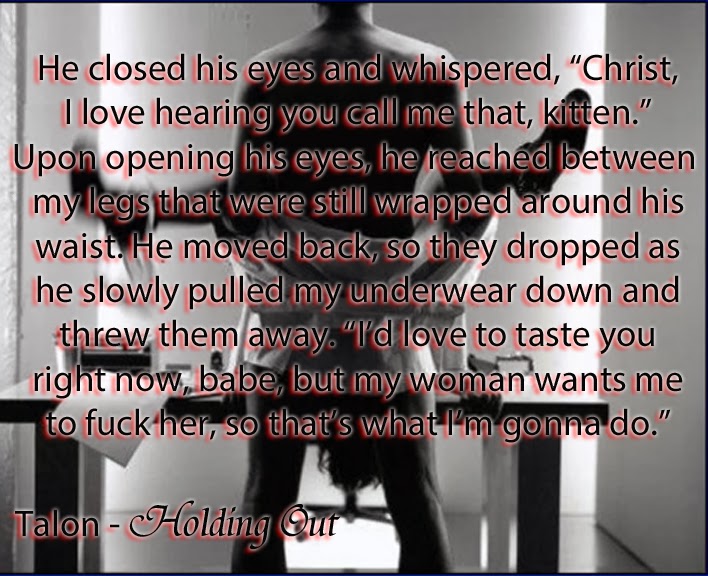 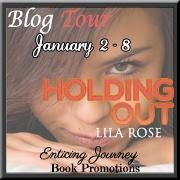