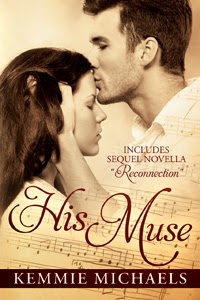 On vacation in the tropical paradise of St. Lucia...

Martin and Abby never intended to meet anyone while they were away. Circumstance, however, pushes them together in spite of their expectations. With an entire vacation week with nothing to do but spend time together, Martin and Abby forge a connection unlike anything either had felt before. With Abby’s conservative nature and Martin’s refusal to be the player he had once been, the couple keeps themselves physically apart...until they can’t.
They collide into a friction that sparks a blazing need to stay together. Keeping the heat alive from opposite ends of the country, though, may prove too difficult. Distance and circumstance become very ugly words in this couple’s vocabulary. 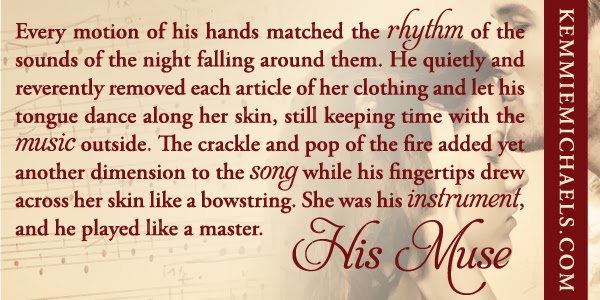 Excerpt:
He walked down the steps and dropped his bag next to the couch. As always when upset, he walked to his keyboard, plugged his headphones to inject the music directly into his ears. He played deep, rhythmic pieces that spoke to the heavy feeling in his chest. He connected with the music and played whatever he needed to get some tension out of his shoulders. After a long while of playing piece after piece, he began to ease into a better mindset. Finally, he let himself think about Abby.
He focused on those lips of hers again. He loved to watch them speak. He loved her smile and that little focused bite of hers. He allowed himself to remember that study of her lips when she held herself still, simply so he could experience every millimeter of her beautiful mouth.
He had touched and explored and licked every warm surface of her while she laid beneath him so sweetly. He remembered exactly the pressure of her full bottom lip under his teeth, just as he imagined. As he let his mind wander through that exploration, a song started to form in his head.
He experienced that study of her lips again, but this time through his fingers on the keys. The notes started light and feathery, hesitantly, just like the kiss had. He let the song grow in intensity, moving up and down the scales. The melody played out the soft brushes of his lips and the deep moves of his tongue.
The rhythm moved slowly, then sometimes quickly. The crescendo and decrescendo matched the shifting intensity of his body’s response to her. The forte moments of the song mimicked every sensation when he was so lost in her. Then, much like that precise, beautiful moment with Abby, the song ended on a pianissimo, peaceful, soft chord.
He was in awe of the moment he just lived through. He remembered every note he played, and he played the melody again with his eyes closed. The music came from her memory, not from his creation. The music was her and for her. 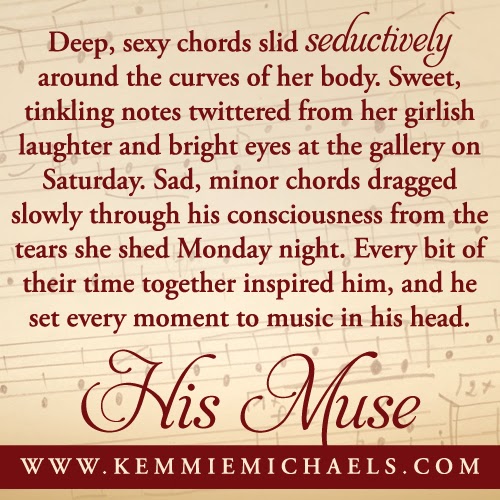 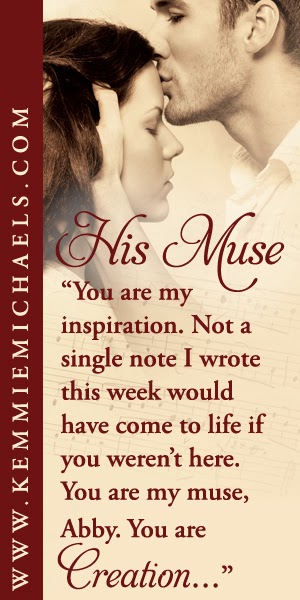 Can you tell us a little bit about yourself?


I am a stay-at-home mom of two very different autistic boys (both are high functioning for which I am very thankful). I've been married to my adorable, goofy, and yet somehow still type-A husband for 16 years. These three men in my life are everything to me.

The other most important part of my life is being an author. I absolutely love to write and use my ability to live in alternate worlds in my head as a way to supplement our family income. I'm so blessed in so many ways.
The other thing you ought to know? I laugh too hard too often at thing which are usually too inappropriate to talk about. I have great friends and great fun in my life. Now that I've entered the world of bloggers and authors, I'm having even more fun


What do you do when you are not writing?


To be honest, I'm rarely 'not writing' :) Writing is now both my hobby and my job. I write every day because I love it and because I have too many ideas bouncing around my head. There are currently three book projects open on my desktop. I do break to feed my family and do the occasional chore, but for the most part, I'm writing...which is like living a dream. My first royalty check, though tiny, almost made me cry.


Do you have a day job as well?


No, I've been a stay at home mom for about ten years. I intended to return to my teaching career, but the kids have needed more/longer than we expected when doing our family planning, so I have stayed at home to keep up with the many therapies, diagnosis, pediatric neuropsychology exams, finding an alternative school, etc. Now that I'm writing, I'm hoping to contribute financially enough to continue to stay at home.


How did you choose the genre you write in?


I caught the romance novel bug after getting my kindle for my birthday in 2012. I gobbled up book after book until I felt like writing one.


Is there any particular author or book that influenced you in any way either growing up or as an adult?


I loved the series called "The Borrowers" when I was in elementary school. I loved the imagination involved. What a fun world to be in. Then in junior high I read the entire "Sweet Valley High" series and devoured those as well. Then high school killed my love of reading, and college used all my reading time for text books. By the time I was in grad school I had all but lost my desire to read, until a YA Lit class introduced me to Philip Pullman. "The Golden Compass" saved me...and then I met Dean Koontz's books. Poof, love of reading returned.


Is anything in your book based on real life experiences or purely all imagination?


Everything is imagination, but my friends laugh because "I" am in there. For example, in Unlikely Hero, Erin puts on fun socks to cheer herself up. Ahem...


What was your favorite chapter (or part) to write and why?


My favorite part is the cabin in the third part of the book. I love the description of the cabin and the mountains around it. Not only that, but the passion between the two had already built, so there was no need to hold back. The loves scene where he begs her not to forget...that one got to me, even as I was writing it.


How did you come up with the title?


The title for His Muse was the easiest and most obvious title for anything I've written yet. The entire book is intertwined with his music and their relationship. The word "muse" defines who Abby is. It also defines Martin's inspiration.


What project are you working on now?


I am currently working on three books. One is a stand-alone that is more plot-driven than relationship-driven...because I always like to try something new. I can't wait to see if I can I pull it off. I'm also working on a playful, bantering, but very HOT romance, AND one which is the first book in a series of four. That one may be my favorite because the concept is something completely new for me (and maybe for most of the readers, too). I'm having a blast juggling all of them.


Do you have any advice to give to aspiring writers?


Ha! Here's a list of my rookie mistakes:
1. Don't over-estimate your ability to make book covers. Having them done professionally ends up cheaper, easier, better. I can say from experience that Robin Ludwig Designs is FANTASTIC, and had a magical ability to take the messy scraps of my well-intended attempts and turned them into something amazing.
2. Dive into the world of bloggers BEFORE  you write (which I think most people do...just not me). Your releases will go better. Paying someone for a blog tour is worth it if you can afford it.
3. Avoid copious usage of the words "it" "just" and "that" - another rookie mistake that took a very long time to fix.
4. Remember how much fun writing is :)


Is there anything that you would like to say to your readers and fans?


THANK YOU SO MUCH for taking a chance on a new author <3
My Review: 4 1/2 stars
This was a very interesting tale about love and finding your way through it. I believe this book showcases the fact that even though you may have love, that doesn't guarantee a happy ending. It takes work and sacrifice for that to happen. This was very well written, with very detailed descriptions of things. I understand how it was meant to come across, and in the right mood this would be a very sensual book to read. The Kemmie builds the relationship between Martin and Abby slowly and surely, building higher and hotter with each interaction. Their relationship is the same, it shows their commitment to each other while on opposite sides of the country. Martin and Abby only want each other. What they have to endure to get to that is both beautiful and heartbreaking. The moments that they do have together are so full of love and sensuality, sometimes raw lust and want. The passion that each had for their art was beautiful, but what surpassed that was their passion for each other. I loved the way the story ended, then went right into the Novella for Nick and Roula. Their story was hot and intense, just like they are. While not having seen each other for two years, when Nick and Roula finally do come back together the sparks fly. The attraction between them is fantastic and I was very happy with how their story ended as well. Kemmie did a fantastic job with both stories, and I loved all the characters so much. 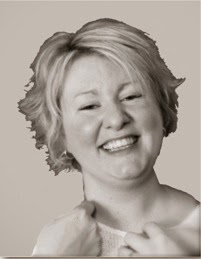 Author Bio:
I love a good love story. I reread the first kiss a few times before I read on...even in my own books. That moment gets me every time no matter how often I revisit that beautiful connection. I dive into every story to the point where I have so many fictional boyfriends that I can't keep track of them all.
In the world of reality, I have a loving and tolerant husband who smiles and rolls his eyes every time I tell him about my latest fictional love affair. I have two autistic pre-teen boys who keep me on my toes. I have a psychotic Golden Retriever (I was told those don't exist...) and a cat that rules our house. I used to be the queen. Our regal feline has usurped my throne and demoted me to Prime Minister.
I studied English/Journalism at Miami University in Ohio, have a Master's Degree in Secondary Education from the University of Dayton and I spent five years teaching even more personality-rich pre-teens. For some sick reason, I actually enjoyed teaching junior high. Now as a stay-at-home mom, I'm clinging to that status by throwing my hat in the author's ring and hoping I get to keep it there. 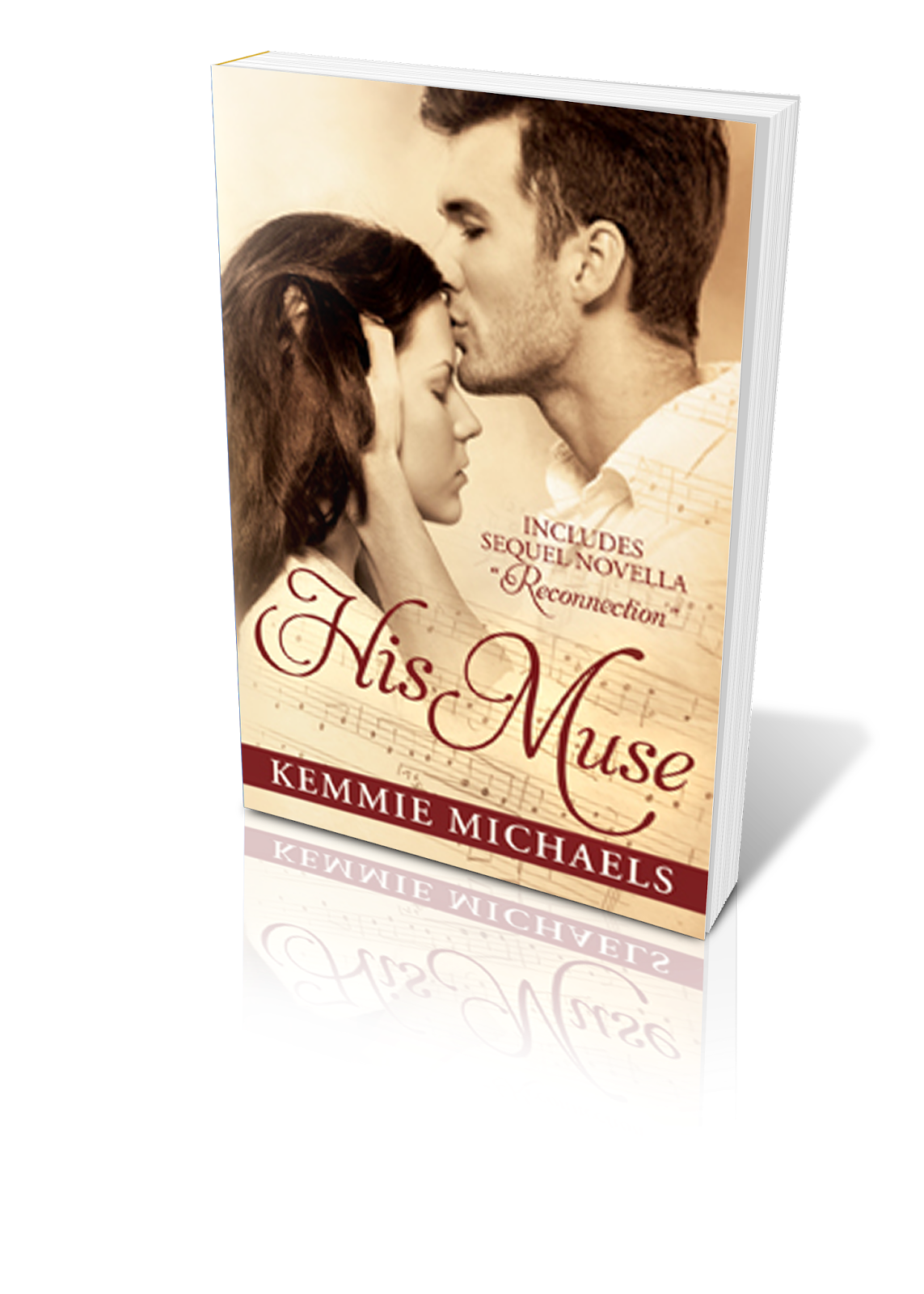