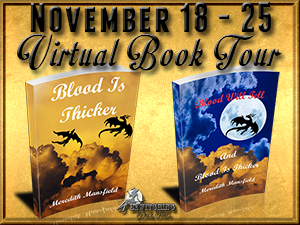 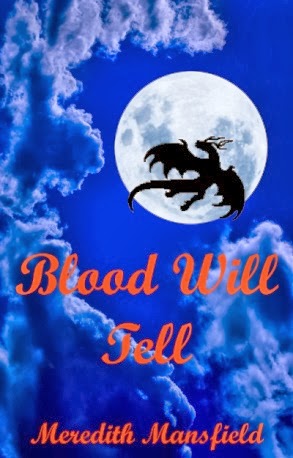 Being a half-blood is inconvenient on a good day, especially when the half you got from your mother is werewolf.  Valeriah can’t take wolf form, but the full moon still fills her with manic energy.  Running helps; a tired werewolf is a good werewolf.

Living perennially caught between two worlds--human and werewolf, magic and non-magic--doesn't leave much room for love. That suits Valeriah just fine. She's never had any luck with that anyway.
Until her cousin’s life is threatened, that is, and out of necessity she accepts the help of a mysterious young man to protect Cristel. Rolf is everything that makes Valeriah's pulse speed up in spite of herself. Now, with Cristel's life in the balance, is the worst possible time for that kind of complication.

But Rolf's secrets could destroy her trust and that might cost her life. 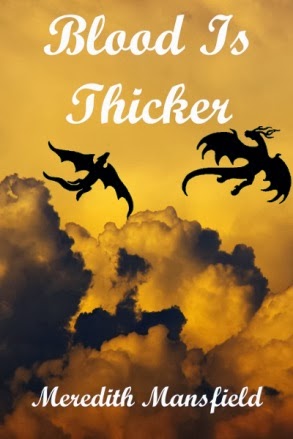 Book Description:
In the sequel to BLOOD WILL TELL, the newlyweds, Rolf and Valeriah, face a new crisis.

Born half-werewolf, Valeriah's life has never been simple. Her recent marriage to a dragon has led to a transformation--Valeriah is now a dragon, too. But, taking the form and knowing how to actually be a dragon is not the same thing. Her life has even more complications than ever. So many, in fact, that she doesn't recognize the signs of her own pregnancy until Rolf rushes her to the Hatching Grounds to lay their eggs.

But then things only get worse, because something's wrong on the Hatching Grounds. The underground source of heat that sustains the eggs is slowly dying. Valeriah and Rolf have to scramble to discover what's gone wrong and find a way to fix it before their eggs die. 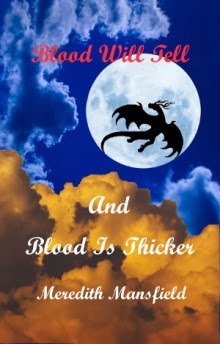 Contains both
Blood Will Tell
and Blood Is Thicker

Valeriah huffed irritably as she beat her giant leathery wings to gain altitude for the next pass. This flight school boot camp was not what she'd had in mind when Rolf suggested the isolated villa for the remainder of their honeymoon.
The full moon and the manic energy it brought out in her never did improve her mood and having indigestion to go with it wasn't helping any. Used to be, she'd run for miles to calm that madness. Or engage in practice fights. Now she'd do well to run anywhere without tripping over her own feet or tail and fighting was out of the question. She used to be able to take care of herself, not have to depend on Rolf to catch her food and take care of her. No doubt he was enjoying it, but she didn't like the feeling at all.
Of course, Rolf was always ready to help her work off the full-moon energy in other ways. In human form, that would have been fine with her. While she'd never say this to Rolf, on the whole, she found the mating of dragons unsatisfactory--not unpleasant, but far from breathtaking. He'd been a much more versatile and exciting lover as a human. Hanging upside down, wings folded, clutched in Rolf's talons, while he slowly circled the lake just didn't have as many thrills. It was like trading the most spine-tingling rollercoaster at Magic Mountain for the merry-go-round. You were still moving but it just wasn't the same. Thank the Goddess that he was more than twice her size as a dragon and strong enough to carry her. Otherwise, they wouldn't have even that. It was going to take her a while to master flying upside down.
She reached her intended altitude in a bad mood. Rolf had been drilling her in aerobatic maneuvers for hours and she was sick of it. Well, let's see what he thought about this. She folded her wings back for the dive, pulling out only at the last second into a perfect barrel roll.
Rolf's trumpeting crow of delight echoed back from the surrounding mountains. "You're ready!"
"Ready for what?" she asked as she landed in front of him.
"For me to show you how it's really done. Fly with me."
As soon as they lifted off, Rolf darted in and grabbed her talons in his own. Well, that wasn't what she'd thought he'd meant when he was so excited about her aerobatics, but all right.
Rolf gestured skyward with his chin. "We need to go higher."
Maybe this was going to be a little different after all. Any change would be a good thing. They climbed, talons still joined and wings beating in unison. Up and up until even dragon lungs could barely suck enough oxygen from the thin air. Then they hovered for a moment.
Rolf shifted his grip on her talons to draw her closer, so close she had to curtail her wing beats. His much wider wings continued to beat, nearly encompassing her completely at each stroke. He pulled her closer until their bodies met. She could feel the heat of him against the delicate scales of her belly and then, with one sharp movement, the heat was inside her, too.
Valeriah pressed against him, wrapping her neck and tail around his to bring him closer. In spite of the minor inconveniences, she really did love Rolf. Moments like this helped to remind her how much. She started to let her weight fall backwards, but Rolf pulled her back up.
"Not this time. Fold your wings and dive," Rolf said.
She did. They plummeted, necks and tails entwined, wings clasped. Yes! This was what she had been missing. The rush of freefall sent a tingling sensation surging down the length of her body. She shivered and that sent another wave exploding outward from her center and then back again until she felt she would break apart if he were to let go of her.
They pulled out only at the last second, rolling together, which sent altogether new and delectable sensations through her body.
"Up again?" Rolf asked.
"Up! Yess!" Valeriah answered.
They climbed and plunged again, still joined. When they pulled out, Valeriah screamed, "Up!"
Rolf obliged. This time, when they dove, they were above the deep lake behind the villa and they did not pull out. They plunged into the waves, continuing the dive until their lungs were near to bursting. Only then did they finally separate, each driving for the surface and air. They paddled over to the beach and lay, wing-tip to wing-tip, utterly spent, wings extended so the afternoon sun could warm them as they sucked air into their starved lungs.
"Goddess! I've never gone for three falls before," Rolf said, gasping.
Valeriah raised her head. Her grin exposed rows of serrated, razor-sharp teeth. "I'll try for four, if you want."
The rumble of his laughter made wave-like ripples in the sand of the beach. "Mercy! I fear that would burst even my heart." He stretched his wing so that he could caress the edge of hers. "Do you forgive me, now? For driving you so hard to learn to fly?"
Her laugh sounded more like a purr. "Oh, I think sso. Yess. Definitely." Just now she was very glad she'd slowed down enough to let him catch her last spring.
About the Author: 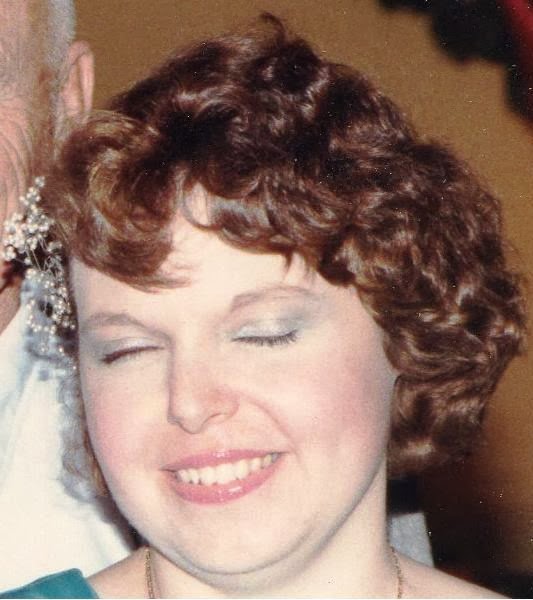 Professionally, I've been a financial analyst and a visual basic programmer. I also have a paralegal certificate, although I've never worked in that field. It's anybody's guess what I'll be when I grow up.

Imagining stories and writing have always been an important part of my life. It's one I've finally gotten to spend a significant amount of time on while I care for my mother who has Alzheimer's disease.
www.MeredithMansfield.WordPress.com