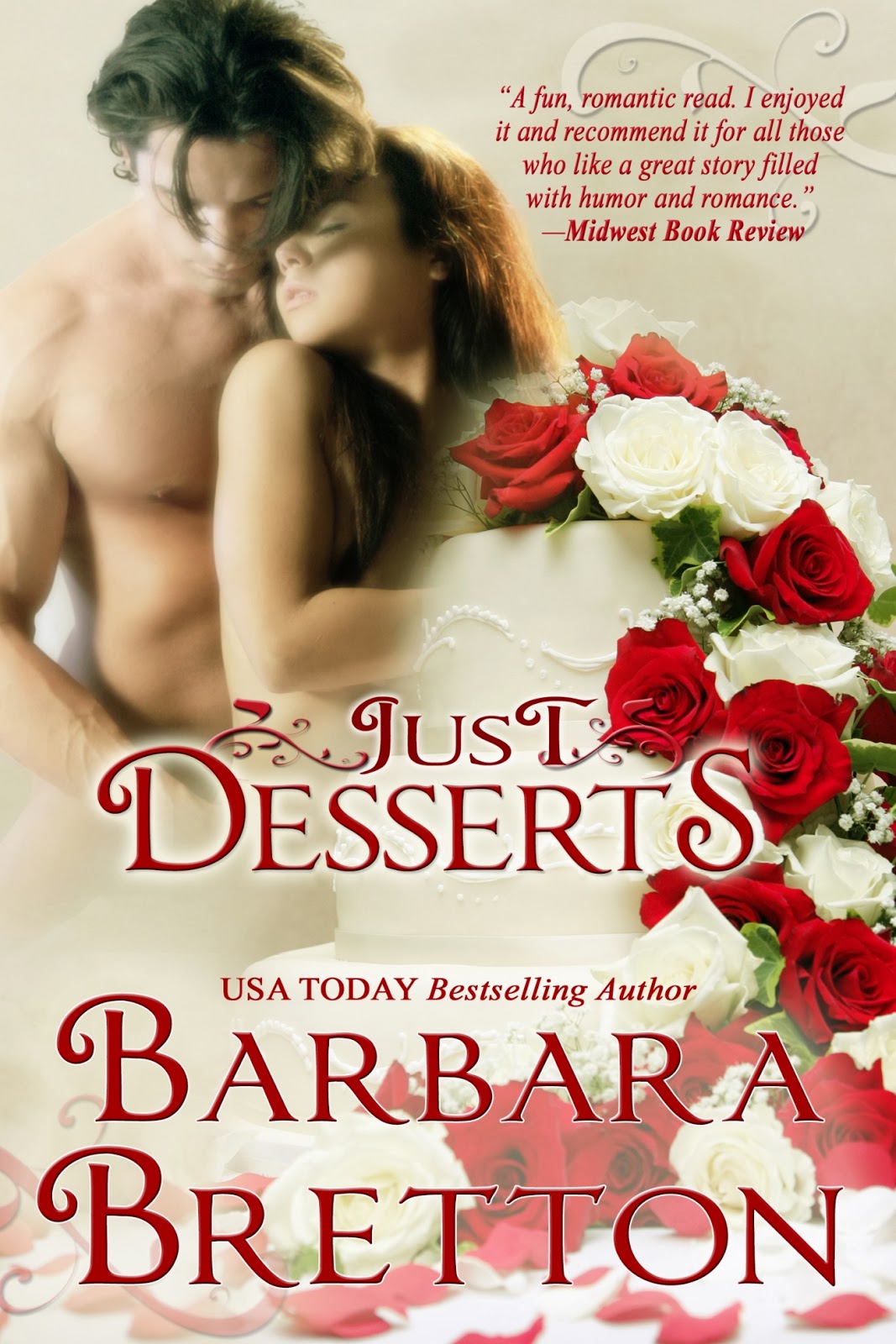 Hayley had sworn off bad boys until Finn Rafferty set out to win her heart...

Once upon a time, Hayley had believed that a good woman (her) could turn a bad boy (her ex) into a knight in shining armor (pure fantasy). Ten years of marriage had finally drummed the truth into her head. In the real world bad boys didn’t turn into knights in shining armor. Bad boys grew up to be even worse men and the world would be a much happier place if little girls were taught that basic fact along with their ABCs.

Hayley Maitland Goldstein knew all about how these things worked. First a girl giggled, then she sighed, and the next thing you knew she was in Vegas taking her wedding vows in front of a red-haired Elvis with an overbite. You knew you had made a bad choice when Elvis slipped you his divorce lawyer’s business card while you were still shaking the rice from your hair.

But then Finn Rafferty came into her life and everything changed.

Hayley should have seen the kiss coming but it surprised her just the same. He had been looking at her with a crazy kind of unfocused intensity and she had been about to ask him if he was having a stroke when she realized she was about to be kissed by a man she actually wanted to kiss back.

Every now and then life handed you a perfect moment but the secret was figuring out how to make it last.

"Very few romance writers create characters as well developed and realistic as Bretton's. Her books pull you in and don't let you leave until the last word is read."—Booklist (starred review)

"Once again Bretton produces a wonderful, heartwarming story full of strong emotion, humor, charming pets, delightful characters and a lovely romance. There's also a poignant secondary romance. The way Bretton brings all this to life and pulls it all together for a satisfactory conclusion are what make her a wonderful storyteller."   --Susan Mobley, ROMANTIC TIMES

"Good pacing and dialogue make this warm-hearted story one that readers are sure to relish. The romances have both serious and funny elements. If you like light-hearted, feel good, romantic tales, you are sure to enjoy reading JUST DESSERTS."  --Marilyn Heyman, ROMANCE REVIEWS TODAY

"There are surprising, funny twists to this story and a lot of touching episodes to pique the emotional side. I found Barbara Bretton's JUST DESSERTS to be highly entertaining, cleverly written and hard to put down. Being a witty and warm read, I recommend JUST DESSERTS and look forward to reading other novels by this author." --Kay Quintin, FRESH FICTION

"If you've not ever read Ms. Bretton then you are in for a real treat with Just Desserts." --Sandi, A Romance Review

"Just Desserts is a fun, romantic read. I enjoyed it and recommend it for all those who like a great story filled with humor and romance."--Victoria Kennedy, Midwest Book Review

"Ms. Bretton gives her readers an easy, yet not bland, story with wonderful, vibrant characters and wholly believable situations. You'll want her backlist in your library, if it's not there already."--Amanda Killgore, Huntress' Book Reviews

My Review: 4 1/2 stars
This was definitely a feel-good book. Right from the beginning, Hayley and Lizzie are just down to earth people making it through life. They've got each other, and that's more than most people have. Enter Finn and Anton on behalf of Tommy, and thing start to get complicated. Tommy's a rock star and he needs Finn to find out if Hayley is his daughter,and Lizzie his granddaughter. That's how it all starts, and from there it's a wild ride. Lots of family, because Tommy has lots of ex-wives and children and loves them all. Then there's Hayley's Mom, Jane, who has been on a trip and comes home with a few news items of her own. It's an adventure filled with love, laughs, adventure, a bit of uneasiness and awkwardness; but mostly growing love of all different kinds. Hayley and Finn had a connection from the beginning, and it was nice to see the initial spark grow into something more and beyond. Barbara did a great job with the storyline, and the characters were something else! I really enjoyed reading this. 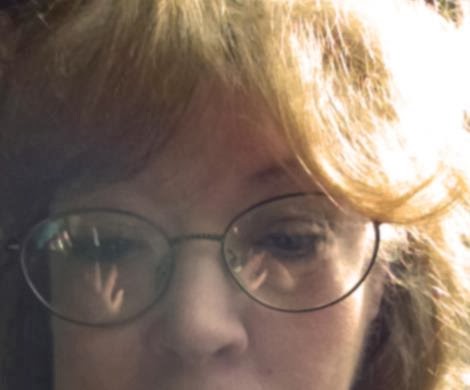 Oh, how I hate bios! All of that deadly dull information about name (Barbara Bretton) and date of birth (June 25) and geographical data (born in New York City; lives near Princeton, NJ), marital status (many years married), and hobbies (who has time??). How do you gather up all of those dull, dry facts and turn them into something interesting?

No wonder I tell lies for a living.

I considered weaving a story for you about life on a houseboat on the French Riviera. Or maybe my years as a concubine, hidden away in a golden pleasure palace in the shimmering desert. Then I decided to do the unthinkable and tell you the truth.

When I sold my first book and my life changed forever. I sent in my manuscript on Thursday February 21, 1982 and four days later the telephone rang and I heard the amazing words, "We want to buy your book." How I wish you could have seen me. I was standing by the kitchen door of our North Babylon house, the picture of cool sophistication, as I listened to Vivian Stephens explain the terms of the deal to me. You would have thought I'd sold a first book every single day of my life. Yes, I said. Sounds wonderful. Thank you so much for calling. I look forward to our association. That cool sophistication hung on until I hung up the phone, took a deep breath, then promptly threw up on my shoes.

I was thirty-one years old, unagented, unschooled, unfamiliar with anything to do with the business of publishing. To put it mildly, I was in shock. My husband was working in Manhattan at the time (and finishing up his degree at night) so it would be hours until I could break the news to him. This was too exciting to waste on a phone call. I wanted to see his face when I told him that my dream had finally come true -- and came with a $6000 advance!

He pulled into the driveway at midnight. I was waiting in the doorway, holding a bottle of champagne and two glasses. I didn't have to say a word. He knew right away and the look of joy and pride in his eyes warms me now, years later, long after the advance faded into memory.

A lot has happened to me in the years since that first sale. I've learned that this is a difficult and demanding business (it takes a tough writer to write a tender book) and that I am happiest when I am most ignorant. I've also learned that a good friend, a writer and pal who truly understands, is worth her weight in good reviews and royalty checks.

I fell madly in love with Skye O'Malley in early 1982 and wrote an unabashedly gushy fan letter to our beloved Bertrice Small. By the time Sunny answered, I had joined the ranks of the published and Sunny became friend and mentor, guide and confidant. She has held my hand through broken dreams, disappointments, family illnesses, and accepted my bizarre need to go underground from time to time with great affection and understanding. Over the years I've come to understand the difference between the writer and her work, that loving the book doesn't guarantee that I will love the author. But what a joy it is when you discover that the author of a beloved favorite is even more wonderful and witty and wise than the characters she creates.

So this bio is for you, Sunny, for being the best of friends during the worst of times and -- even more wonderful -- during the good times as well.

And now for the statistics:

Barbara Bretton is the USA Today bestselling, award-winning author of more than 40 books. She currently has over ten million copies in print around the world. Her works have been translated into twelve languages in over twenty countries.

Barbara has been featured in articles in The New York Times, USA Today, Wall Street Journal, Romantic Times, Cleveland Plain Dealer, Herald News, Home News, Somerset Gazette,among others, and has been interviewed by Independent Network News Television, appeared on the Susan Stamberg Show on NPR, and been featured in an interview with Charles Osgood of WCBS, among others.

Her awards include both Reviewer's Choice and Career Achievement Awards from Romantic Times; Gold and Silver certificates from Affaire de Coeur; the RWA Region 1 Golden Leaf; and several sales awards from Bookrak. Ms. Bretton was included in a recent edition of Contemporary Authors.

Barbara loves to spend as much time as possible in Maine with her husband, walking the rocky beaches and dreaming up plots for upcoming books. 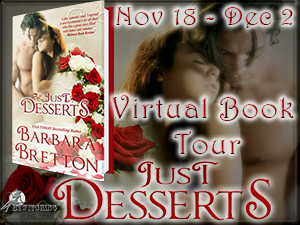