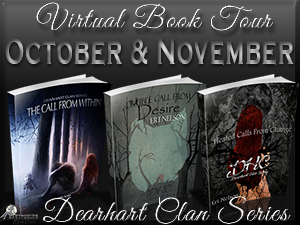 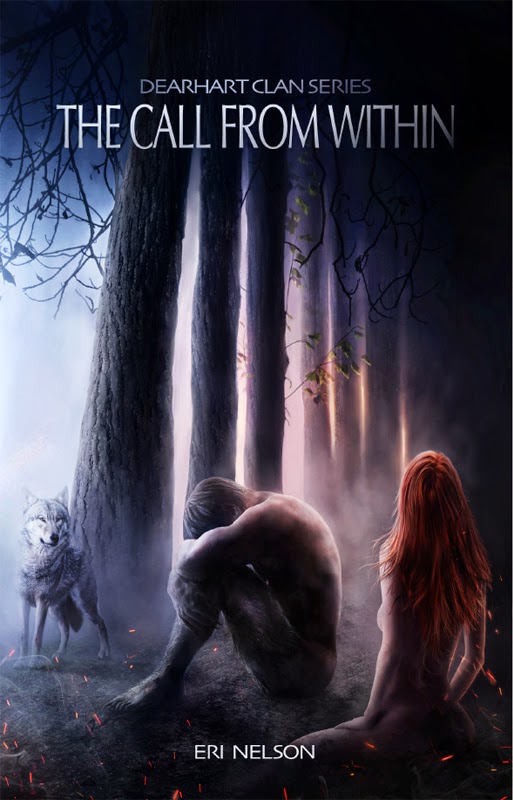 The Call From Within

Eri Nelson writes in a darker world where heat and need are the forefront for a slipping existence.  There is not time for all the tenderness love deserves but if you’re imprinted to another you are far beyond those mortal requirements.

Our author is driven by swift action packed intrigues that often leave you wanting more.  As she writes each new book into the series the number of pages might increase but the action never lets you feel the increasing distance to the final page.

The Call From Within is Eri Nelson’s first look into this series.  It is here that we meet Owen our Pack’s clan leader.  He has been driven by what is expected of an alpha.  Facts that were told through the decades all but look like fiction to him now.  So he never dared to believe in fate and only let duty push him forth.  Although now his resolves make no sense and it took little to no time at all in showing him through the lust he feels for another.

Kristen Still bares the imprinted mark to our handsome alpha.  However he wasn’t the first to notice what she was and it’s that bedding of prior passions that control her new weakness.  Yes, Owen is pushed by jealousy to possess what his four footed insight tells him is his.

A former distraction wanted more than heated moments with Kristen.  In her he saw a stronger life force for his young and if Brinston Drake must he would take what he needs from her.  He just did not foresee another finding her as well.

While the rest of Eri Nelson’s cast of characters find their selves caught up in furthering personal existences. Another by the name of Wash seeks to use their distractions as his gain.  A rogue sent to track and update, Wash is tested by his hatred and desire for revenge.  He’ll have it but not as quickly as he would like.  But soon enough Owen will slip farther into his madness over a bitch in heat.  Then Wash perhaps can use the heated vixen to distract both her and the alpha into their future demise. 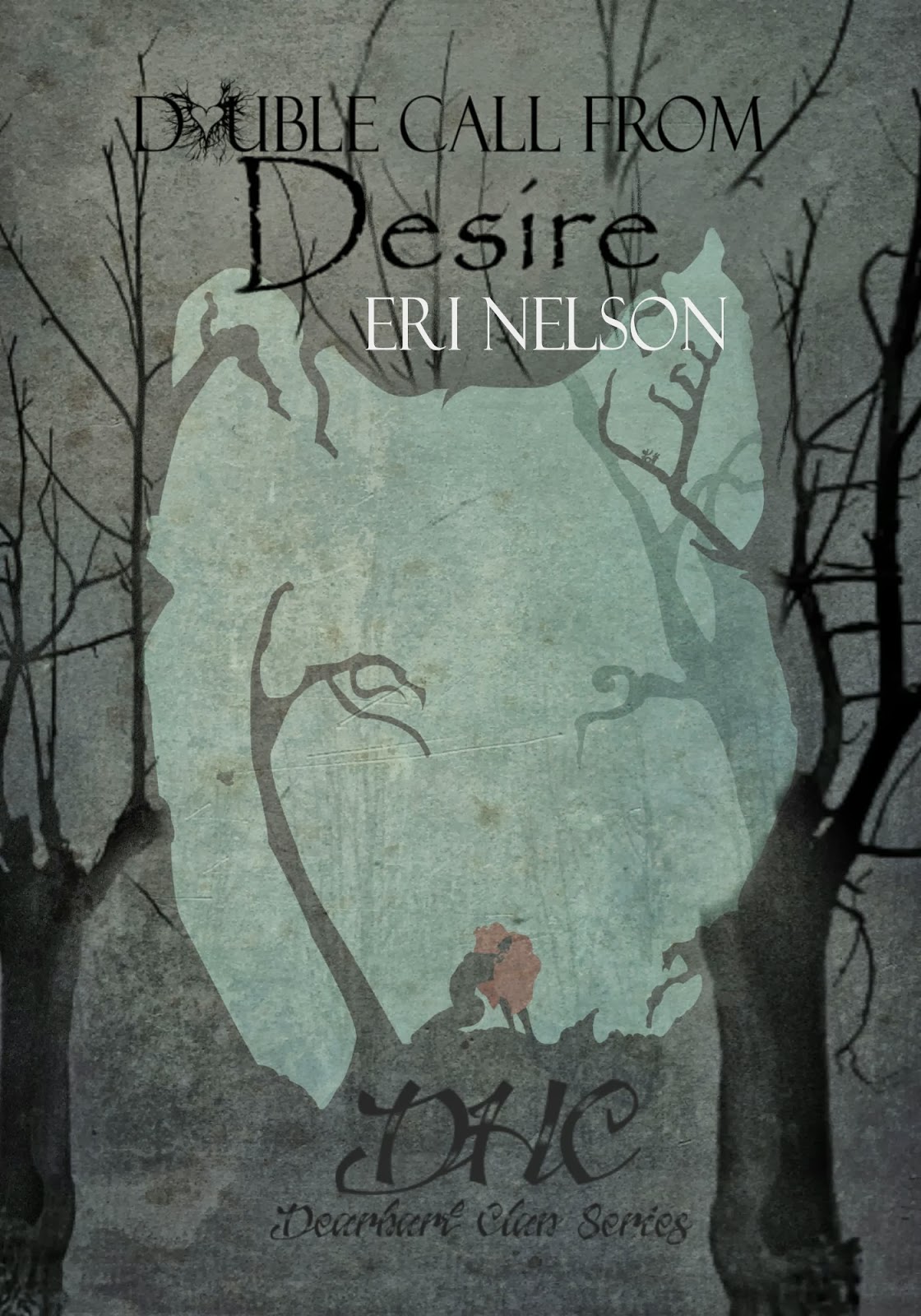 Once again, you will encounter Owen Dearhart and his mate Kristen who for a second time find themselves facing obstacles that not only intervene but take away what Owen now finds worth more than the pack itself.

As per request Thomas Dearhart is sent by Owen to track down what they think is a rogue Werewolf. All the while unbeknownst to him, one of their own is taken from the pack. However with knowledge not known a mission at hand takes Thomas finding himself discovering more than what they assumed was a wolf gone astray. It will be this newly discovered venture that will put heat in his loins and a refusal to fully except what is in front of him.

With what seems like destiny fulfilling before him, Wash withers in revenge’s control and takes it upon himself to go further in the mouth of evil for support. So with vengeance as his goal Wash goes back to Opts where Yvone fully intends to arbitrate his ruthless control over not only the situation but Wash as well.

As a cast of characters emerge fighting not only their inner turmoil but those wishing to take them down it should be of no surprise that a few extra faces are now tossed into this dark and desperate world of the unknowns, where the urges of the beast weigh even heavier on their still looming demise. 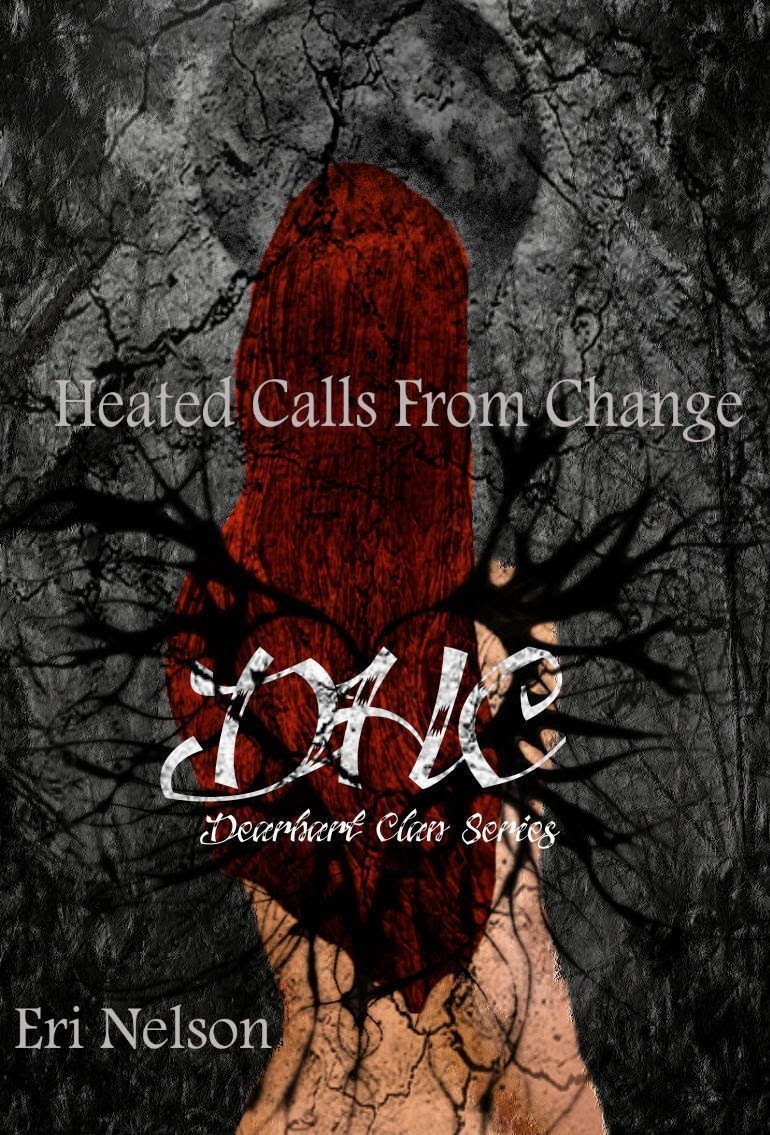 This third book is far darker than its predecessors, venturing down a path that will ultimately have readers at the door to another series, INK.

Owen and Kristen wage the war of captivities' control and fight all obstacles to find their ways back to each other. However, neither will ever be the same and brink on the lines of death to see each other once again.

Julia caught in loss will form a bond with an unexpected new life now swaddled around her. While Thomas resolves his needs and wants, to having it all with his mate.

From Forest's winter attire, comes a new face that hides well and kills even better. But she will not hide as her destiny arrives on the back of a wolf named Bry. For she and he were destined to carry the upcoming change of the werewolves world.

As revenge smolders still in the mind of Wash, he will be faced with the battle of his life and more importantly the man who will soon control all the werewolves’ fates. 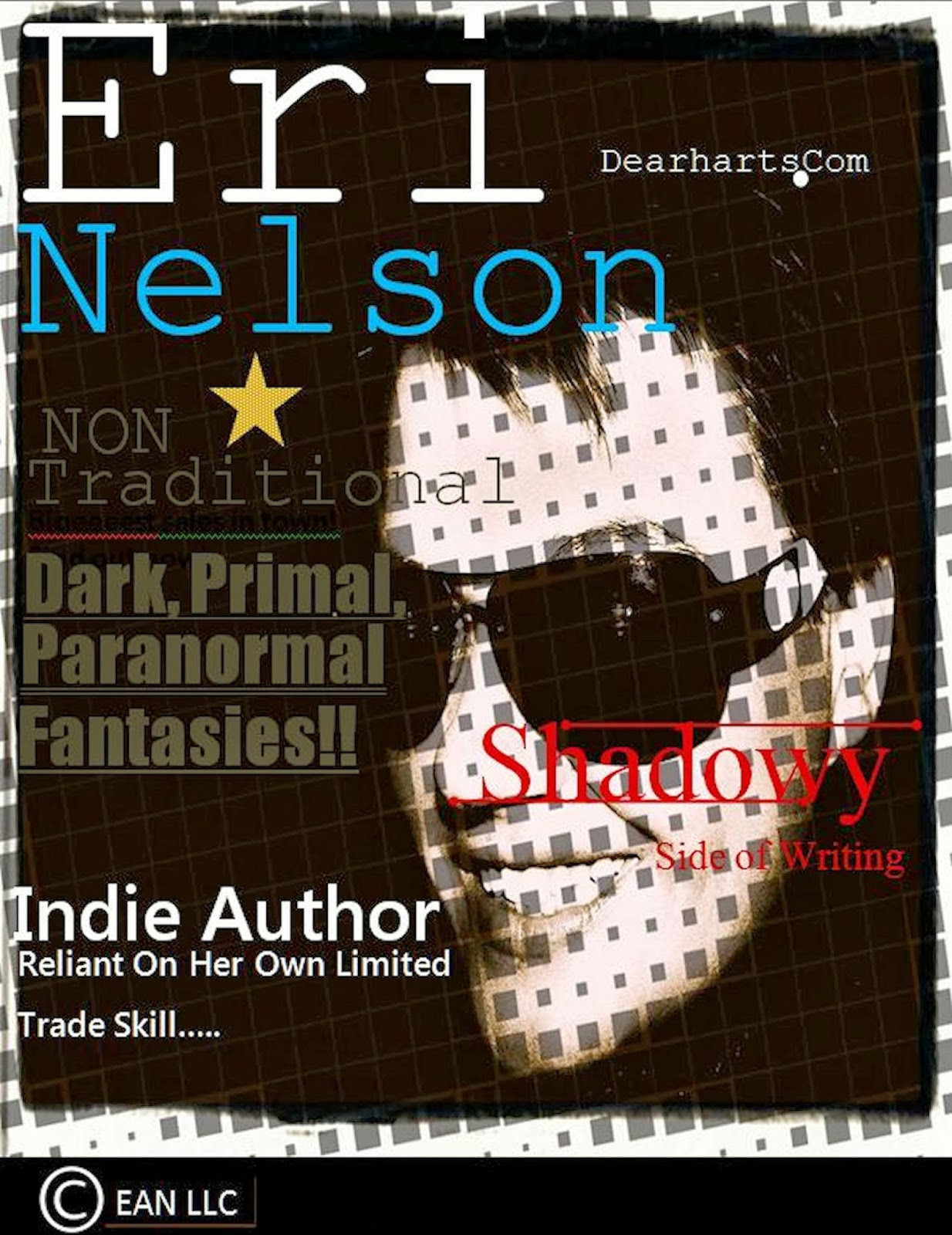 Eri Nelson born Erica Walcott is a Indie Author and the youngest of three in a family of five. Erica became Eri (airy) from her mother who called her that for as long as she could remember. The short take on her name took on a more solid base with the love of her life and husband, Jeff Nelson.

Together they have been for the past twenty years. Within that time they were able to raise one daughter and endless amount of pets.

Eri Nelson is a nontraditional indie author who manages all areas of her fiction, fantasy, paranormal, action, adventure and sometimes-erotic writing. Eri handles all the groundwork of her books, even the editing. Because of this Eri strives to improve her abilities along with trying to explain to readers her far from traditional sentence structures. However, she will openly admit that typos follow her.

Writing is a passion for her and an abundance of never ending joy. Only one thing tops that for Eri... and that is when a reader enjoys the read......
Join Eri and her shadowy side of writing as she takes you along to explore new desire hunger filled worlds where your mind can share in the heat of the read.