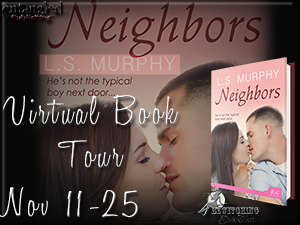 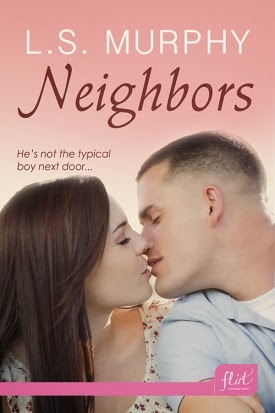 Synopsis:
Rena Woods has a great life. She recently landed the contract to decorate the home of basketball wife, Cecilia Hood, her business is growing, and this contract could make her the elite decorator in St. Louis. Rena’s sacrificed her personal life for her company without a single regret. When Staff Sergeant C.J. Riker moves in across the hall, Rena can’t stand to be around him. He may be on the volcanic side of hot, but his attitude sucks. Riker does whatever he can to get under Rena’s skin.

After a massive blow to her business sends Rena on a self-destructive binge, Riker is there to save her from doing something she might regret. Could there be more to Riker than meets the eye? And will he open up enough to Rena to tell her how he lost his leg or shut out love forever?

Excerpt:
The moving van blocked my car on the street outside my building. Thanks to a freak storm knocking out the power the night before, I was already running late for an appointment halfway across the city. The meteorologists in St. Louis should just add “we think” to every forecast to save themselves the trouble. Of course, my mother would have said I was always late, no matter what the reason. It’s her favorite complaint, besides pointing out her lack of grandchildren. Never mind my two older brothers with three kids between them.

“You’re not getting any younger, Rena,” she chided the night before as we had our weekly phone conversation. Mom loved using my name against me as added emphasis. “You’ll be thirty in a few years. And it’s all downhill from there.”

Such a positive influence.

The cars were covered in summer leaves. The winds had sent tree limbs to the center of the streets. Despite the storm, the air had already lost its “fresh rain” scent and regained the heavy humidity of a St. Louis summer.

Soulard’s neighborhood association had a policy that movers could not start until after nine o’clock in the morning. It was ten minutes until nine, which was also the time I was supposed to meet my biggest client.

I hammered my palm against the door of the moving van, leaving a wet handprint on the white paint. A guy with dark hair cut in the traditional USMC hairstyle—short on the sides with an inch on top—leaned out the window. He lowered his wraparound sunglasses and cocked an eyebrow. A smirk played above his stubbled jaw. I wanted to smile back—guys with dimples were a weak point for me—but I was running way too late to flirt. Too bad.

“Could you move? You’re blocking me in.” I motioned to my red hatchback, which my best friend Maddie had dubbed “The Tomato.”

He stuck his arm out the window and opened the door from the outside. His dark, sleeveless t-shirt revealed a tattoo of the eagle, anchor, and globe on a tight bicep. I figured he was around my age, give or take a year or three. As he climbed down, my gaze traced each curve of his athletic frame until the prosthetic caught my attention. I felt his eyes on me as I stared too long at the fake leg.

“Are you done yet?” he snapped with a voice hardened by the Corps. It was the same voice my uncle, a retired sergeant, used on my cousins. It made you want to stand at attention and shout “Yes, sir” at the top of your lungs.

Before I could come up with a decent sounding apology for letting my eyes linger too long where they shouldn’t have, he stalked past me and around the back of the truck. His elbow brushed against the bare skin of my arm. Goosebumps spread to my shoulder. It’d been too long since a guy, any guy, made that happen. Just freaking great. I don’t have time for this. I spun on my heel and hurried after him, glad he didn’t see the embarrassment color my cheeks. Good job, Rena. Piss off the hot Marine. It’s not like you haven’t seen a guy with a prosthetic before.

My Review: 4 stars
This was a good read. I love reading about Marines (Semper Fi!!). I thought this was fantastic because Rena didn't pity Riker. He wouldn't have appreciated it, and if she had nothing further would have happened that was good. As it was, the tension between the two of them sizzled. I liked how they came to be closer to each other, pretty realistic I thought. I enjoyed the ending where they spoke of things to come, and why things happened the way they did. That's a good start to a great relationship. Communication is key to any lasting relationship, as is honesty. L.S. did a great job with the reality of the situation that the characters were put in. To me, it didn't matter that Riker was disabled, and it didn't to Rena either. The characters were also true to life, in my opinion. I'll be on the lookout for more from L.S. Murphy.

About the Author:
L.S. Murphy lives in the Greater St. Louis area where she watches Cardinals baseball, reads every book she can find, and weaves tales for teens and adults. When not doing all of the above, she tends to The Bean (aka her daughter), her husband and a menagerie of pets. “A Reason to Stay”, a contemporary romance novella, is available as of November 2, 2012. Reaper is her debut young adult novel and is available as of January 7th, 2013.

She is a member of Society of Children’s Book Writers and Illustrators (SCBWI) and the St. Louis Writer’s Guild.