Her Dakota Man by Lisa Mondello with Excerpt & Review 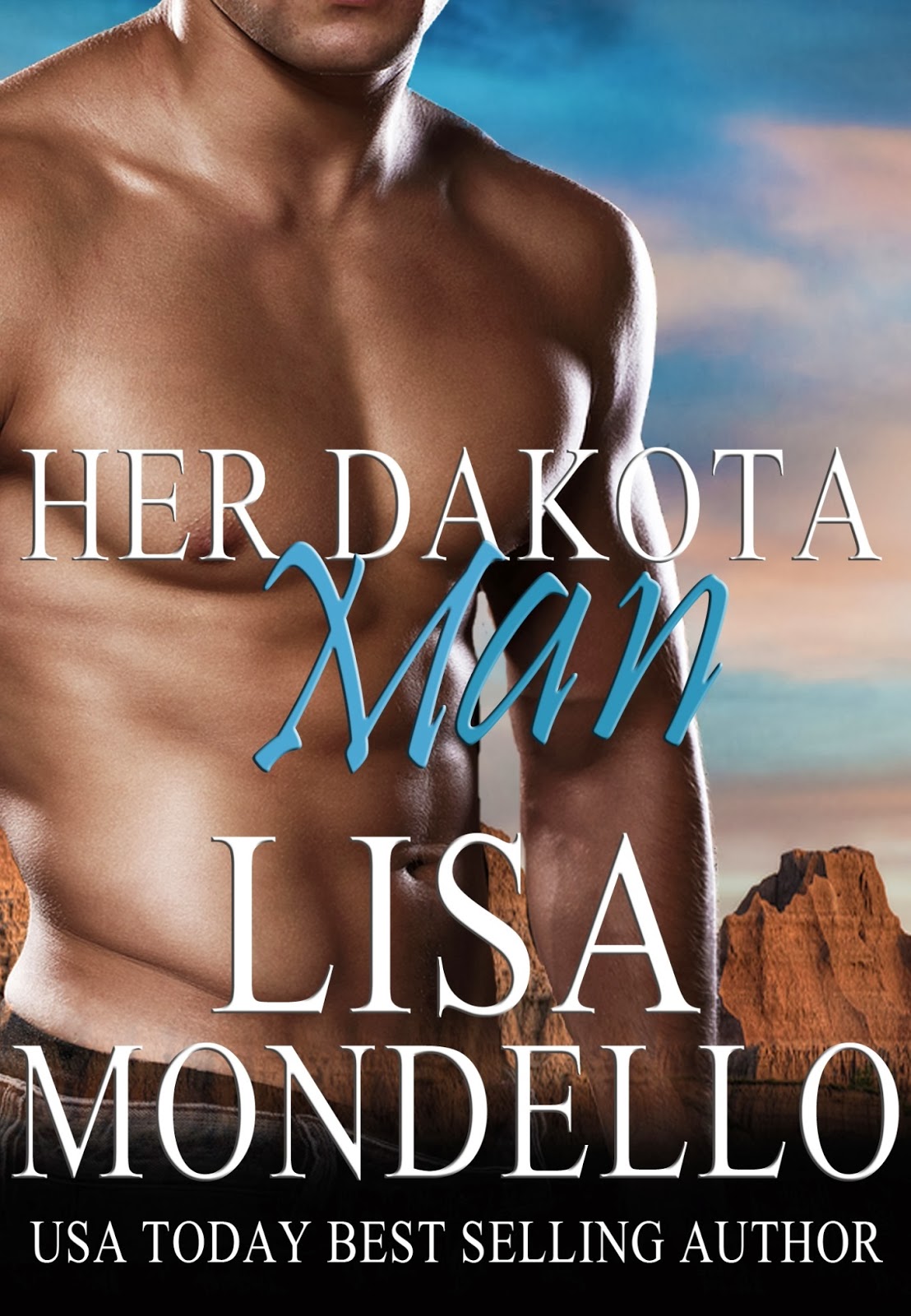 Everyone knows that the Dakotas didn’t get the name Badlands for nothing.  Harsh weather and rough living are a way of life.  But single dad, Logan McKinnon, had seen more than his share of bad times after the death of his wife a year ago.  The last thing he needs is Poppy Erickson, an old flame and his late wife’s best friend, showing up unannounced to help after devastating floods nearly washed away their hometown.  With no place to stay in town, he has no choice but to offer her a bed at his house.  But can he live under the same roof with a woman he’d once loved passionately without feeling he’s betraying his late wife?

Poppy Erickson had spent the year wondering how all their lives might have been different after hearing the death bed confession of her childhood friend.  She’d left South Dakota years ago because she couldn’t bear to watch the man she loved loving another woman.  But now she knows the truth.  She’ll keep the promise she made to a friend, but will Logan understand when he learns the truth?  More important, can they again recapture the passion that had been between them all those years ago?

Excerpt:
One look on Logan McKinnon’s face told Poppy that his foul mood had very little to do with the devastating destruction all around the Badlands of South Dakota…and everything to do with her showing up in town after nearly ten years.
She didn’t have to be standing next to him to feel his anger simmering just below the surface of his composure.  Sitting in her rental sedan was close enough.  What the hell was she thinking coming back home?  Why had she made that ridiculous promise to Kelly?
She parked the car next to his truck and took a deep breath, mumbling under her breath as she pulled the door handle, “This may just turn out to be the stupidest thing you have ever done, girl.”
Truth was, even as pissed off as Logan looked, he was still an amazing sight to see.  Part of her had hoped that she was wrong.  That she’d gotten over him a long time ago.  That she’d take one look at him, make sure he and Keith were okay, and be able to get back in her car and drive right to the airport in Rapids City.
He turned to her, standing tall and proud.  His thick dark hair blew in the March wind, fluttering around his face and making him all the more strikingly handsome.
Yep.  Stupid.
He was taller than she’d remembered, and he’d long since lost that too-lean teenage body that had driven her crazy in her youth.  He worked hard on his ranch and it showed in how much his arms and chest had filled with muscles.
Despite the cold, he’d taken off his jacket while he worked in the yard and Poppy had a clear view of just how much his male body had filled out in places she’d dreamed of touching.
Lord, help her.  She was in trouble.  And she hadn’t even stepped out of the car yet.  She pushed the door open and stepped outside to get it over with.  It was either going to be the shortest visit on record…or a life changing experience she’d been dreaming of ever since she was a teenager.
“Hi, Logan.”
Logan starred at he for a long, agonizing moment.  She read the emotional tug of war playing on his face as the sudden chill from the South Dakota winds bit into her exposed skin like a whip.
Then his expression turned hard.  “What are you doing here?”
He must have heard the car drive up.  But Logan’s four-year-old son, Keith, remained focused on the mud puddle he was poking a stick into to even notice anyone was around. That was good.  The next few minutes would go easier for both of them if Keith weren’t aware of the tension.
Logan stared at her as if he’d been startled.  Or maybe too focused on making sure his four-year old son, Keith, was safely playing nearby to notice her car had driven up.
Or perhaps he’d been too pre-occupied with assessing the damage the recent angry South Dakota weather had done to his property.  Poppy had seen just how Mother Nature had shown no mercy to her childhood town as she drove from the airport to the ranch.  She couldn’t exactly blame Logan for being in a foul mood because of that.
Seeing her was just the icing on the cake.
“What the hell are you doing here, Poppy?” he repeated.
She took in a deep breath, smelled the muddy earth and decay all around her, and said, “I came to help.”
He took one long look at her, from her high-heeled boots, up the length of her legs, pausing at her hips. She could almost feel his eyes as if he were staring at the flesh beneath her fresh pair of blue jeans. When his gaze finally reached her face again, she slid her sunglasses to the tip of her nose and stared right back at him in challenge.  A slow smile played on her lips.  She could never last as long at this as Logan before caving into laughter.  But she knew Logan was in no laughing mood.
“Poppy Ericksen.  Rudolph was practically washed off the map from all that rain we had?  After all this time, what makes you think I need anything from you?”
Even though his voice was even, she could tell he was still pissed. But he’d never show it.  Keith was still poking at the mud and puddles on the driveway just a little ways away, completely unaware of present company.
“What’s the matter, Logan?  You don’t look happy to see me,” Poppy said, pulling her sunglasses off her face with a wary smile.

My Review: 4 stars
This was a difficult read for me, but not because of the writing or characters. Both of those were great. The characters were easy to read about, just slipping in and making themselves comfortable in my head. I loved Poppy, she was up front and said her mind. That's a rare quality these days, and it was refreshing to read about a woman who said what she wanted. Logan was also easy to read about, a good Dad, a hard worker; someone who had been hurt by life and was just going through the motions. This book was difficult for me because of the betrayal to both Poppy and Logan from their best friend, Kelly. I don't think I would have been as kind as Poppy, nor as understanding as Logan. I also can't help but be a little angry at Kelly for what she did, what she took away. I am glad that things worked out the way they did, but it was close. Lisa did a great job keeping me glued to the pages trying to find out what happened and why. Her characters were good people who had to find a way to work out some difficult things. Her writing was fantastic, and I will be looking for more of her work. 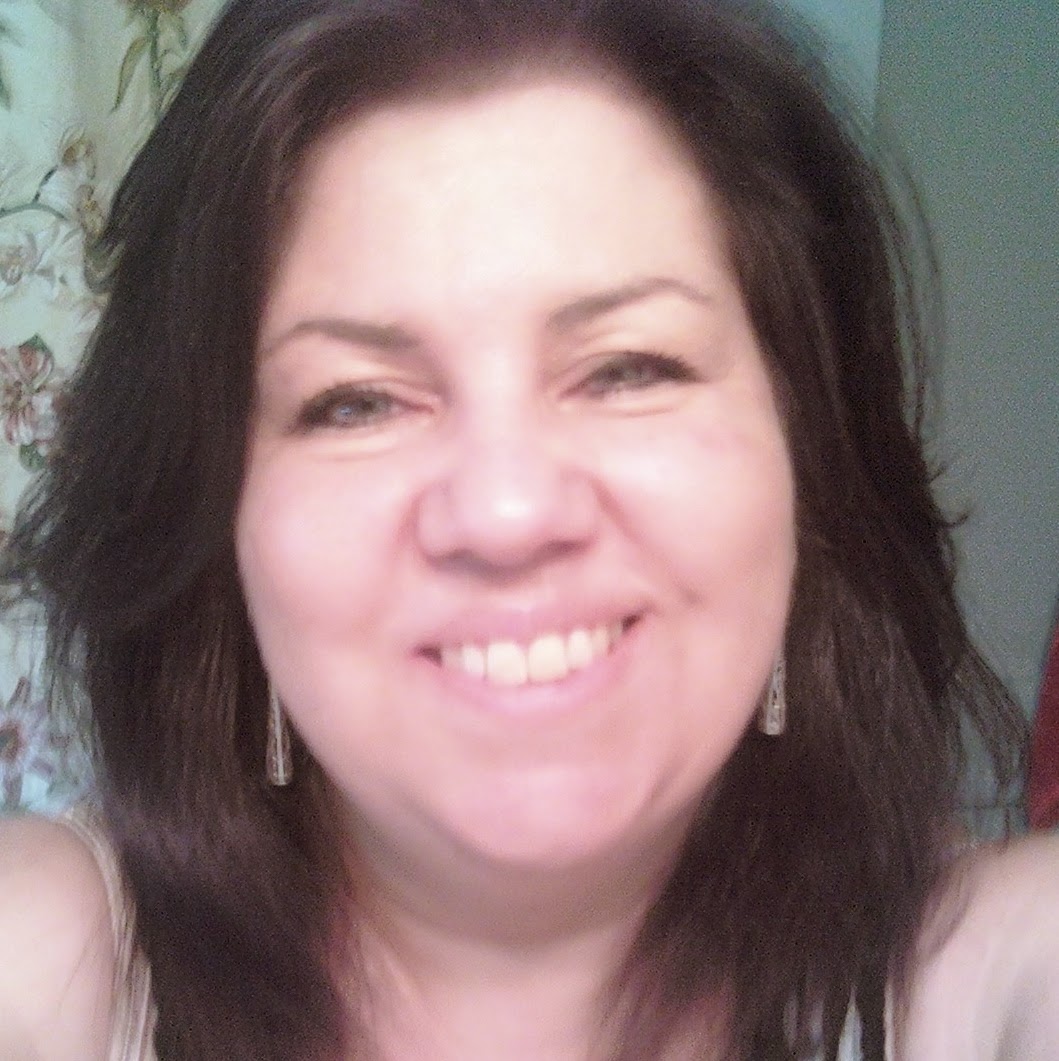 USA TODAY Bestselling Author, Lisa Mondello, has held many jobs in her life but being a published authors is the last job she'll ever have. She's not retiring! She blames the creation of the personal computer for her leap into writing novels. Otherwise, she'd still be penning stories with paper and pen. Her first book, All I Want for Christmas is You won Best First Book in the Golden Quill. Her books have finaled in the HOLT Medallion, and the Colorado Award of Excellence contests.

In 2011 she re-released her award winning book All I Want for Christmas is You along with a re-issue of her romantic comedy, The Marriage Contract, with a new contemporary romance called The Knight and Maggie's Baby. In 2012 she reissued the first 3 books of her popular Western Romance Series TEXAS HEARTS including Her Heart for the Asking, His Heart for the Trusting and The More I See.

Writing as LA Mondello, her romantic suspense, MATERIAL WITNESS, book 1 of her Heroes of Providence series made the USA TODAY Bestsellers List. You can find more information about Lisa Mondello at lisamondello.blogspot.com.