To Catch Her Death by Boone Brux with Excerpt & Review 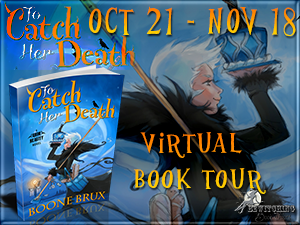 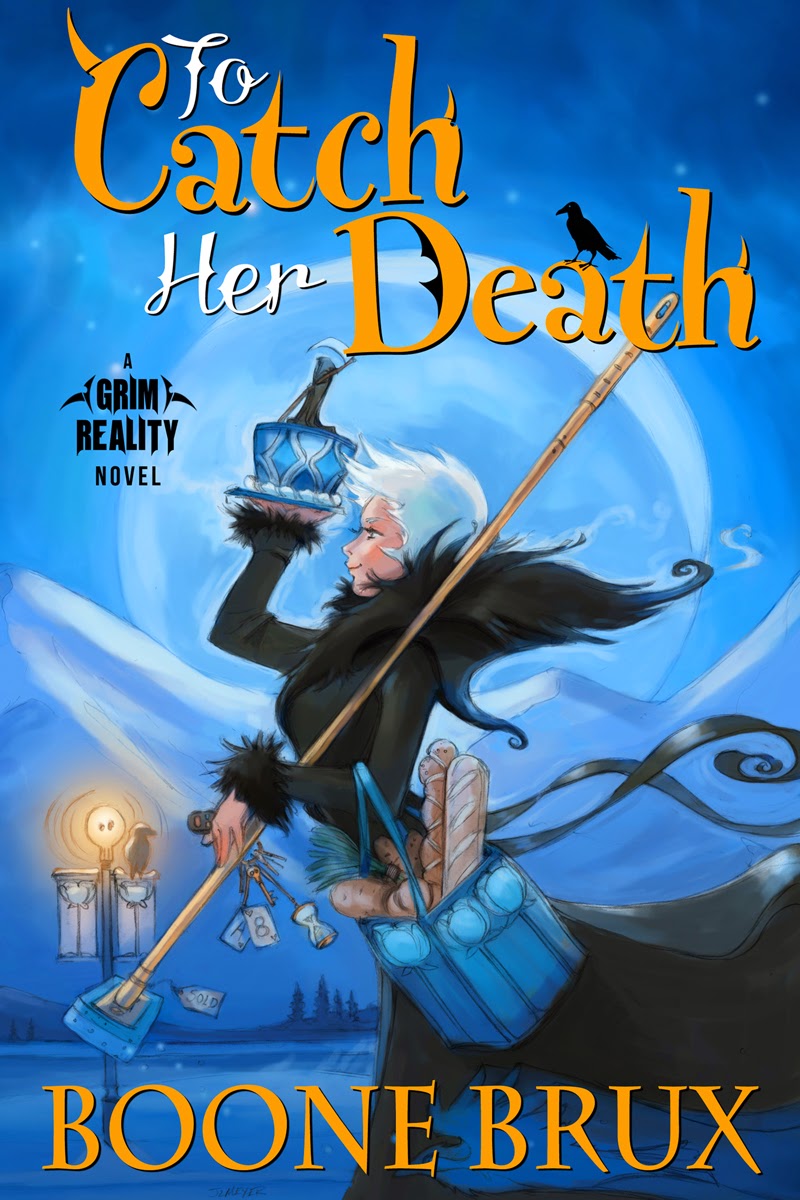 What do you get when you cross a hockey mom with the grim reaper? Me, Lisa Carron.

If being a depressed, frumpy, widowed mother of three wasn’t bad enough, I just discovered I’m a grim reaper. I know what you’re thinking. Wow, that’s kind of sexy and full of awesomeness. Hardly. Oh, and my clients? Stupid people. Like I don’t get enough of that from the living.

Since Alaska is big and angels of death are few, I’ve been partnered with reaper extraordinaire, Nate Cramer. He’s strong, silent, and way too good looking for my recently widowed state. Oh, and he reaps violent criminals, so that should be interesting.

Forget the danger and the hours of self-analysis it will take for me to find my reaper mojo. My biggest problem? Hiding it all from my overly attentive family and nosy neighbors. Now that’s going to take a miracle.
Excerpt:

“You’re not welcome here.” He took a step forward and I slapped my hand against the wall, blocking his path with my arm. If he was a grim reaper then maybe he couldn’t enter my house until he was invited—like vampires. “Be gone.”
He smirked. “I’m not a vampire.”
“I know you’re not. There’s no such thing.” I rolled my eyes, trying to give the impression I hadn’t totally been thinking that. “What do you want?”
“Give me ten minutes. Then I’ll leave and never bother you again.”
It sounded too good to be true. “Never ever?”
“I promise.”
He didn’t do any kind of scout’s honor hand gesture, so I didn’t know if I could completely trust him. “Ten minutes.”
In that amount of time, he could have me sliced up and vacuum sealed, but what choice did I have. I spun and walked into my kitchen. The idea of he being a grim reaper was the lesser of two evils made me want to laugh. Not in a haha, ironic isn’t it way. But a deeply disturbed things keep getting weirder and weirder way.
His footsteps followed. I cursed myself. He’d probably leave big, stupid dirt marks all over my sparkling floor. I scooped up my glass and turned to face him. My upbringing forced me to offer him a drink. “Would you like a glass of wine?”
He held up a hand and shook his head. “No, thank you.”
Hmm, very polite—for a killer. I pulled out the chair and sat, indicating he should do the same. I sipped slowly, wishing it was something stronger. “Okay, speak.”
He lowered himself into the chair and propped his elbows on the table, leveling a stare at me. “You are a grim reaper.”
“So you’ve said.” I took another drink and set down my glass. “Are we done?”
“Hardly.” He eased back and sized me up, his gaze narrowing. “All right then, you explain what happened at the Holiday station this morning.”
I considered giving him Vella’s explanation, but those reasons sounded even more ridiculous than reaping a soul. I decided to change tactics. “Let me ask you this. Why do you think I’m a reaper?”
“We recently lost one of our own and you came on our radar as the next reaper in line.”
“Lost one of your own?” I didn’t like the sound of that at all. “You mean one of your reapers died?”
He shifted in his chair. “Yes.”
“That’s a bit ironic isn’t it? The angel of death dying.”
He shrugged. “We’re mortal, tools for the greater good of mankind.”
I refrained from telling him how much of a tool I thought he was. “Isn’t the grim reaper immortal?”
“You watch too many movies.”
That was true but I didn’t confirm his statement.

My Review: 4 1/2 stars
This was truly a unique take on reapers. Boone always delivers a great story in her books. the characters are quirky, irreverent, and funny. I always appreciate that! I mean, who ever heard of a reaper named Lisa? Not until now, that's for sure. And the way she finds out - hilarous and somewhat terrifying at the same time. Not to mention when she finds out that the hot guy she was eyeing is a reaper too. Then she finds out how she became the newest reaper in Alaska - and that really throws her for a loop.  Nate (the hot guy) is a stickler for the rules in this job. They're really important. Nate is Lisa's new partner and he's there for her when things happen. I'm hoping we find out a lot more about Nate, Lisa, Constantine and everyone in the next installment of the series. There were a lot of things that came up in the last few chapters that need to be addressed, but that just means there's more for the next book. I'm really looking forward to it. 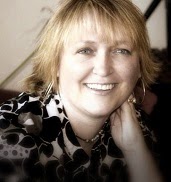 A former nanny, Boone has lived all over the world, finally settling in the icy region of Alaska, where she writes full time. Always looking for the next adventure, it’s not unusual to find her traversing the remotest parts of the Alaskan bush. No person or escapade is off limits when it comes to weaving real life experiences into her books or blogs.
www.boonebrux.com