The Origins Series by Jean Booth with Giveaway 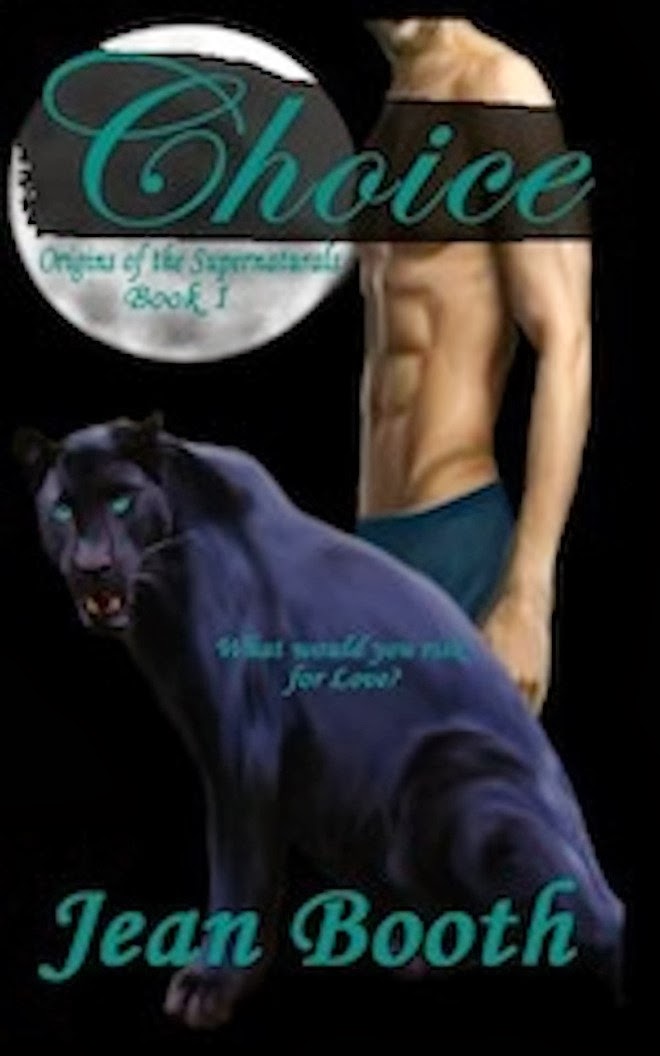 Choice (Origins, #1)
It was chance, guided by the hands of a god that brought them together. Would their choice bind them, or be the cause of their destruction?
Natasha never believed that the fairy tales she read to her niece about supernatural beings were real. She read them to give her niece hope. She, herself, had all but given up on love, until the fateful day when she went scuba diving in the Bermuda Triangle and was thrust into a culture of people that’d change her life forever.
On a legendary island, she meets Raif, the shape shifting Warrior Chief of Atlantis, and her soul mate. Their attraction is instant, powerful and foretold by an oracle, centuries before Natasha was born. She struggles with the attraction, unwilling to believe in soul mates, and fraught with the desire to return to the surface where she can continue her monotonous life, free from the intense and confusing emotions she feels around Raif.
All his life, Raif’s searched for her. To have finally found her after so long, is a dream come true. Trouble is; this dream’s more of a nightmare that he can’t seem to find a way out of than the haven it’s supposed to be. His people have become complacent, and her arrival is the beginning of fulfilling an ancient prophesy; a prophesy that not too many are willing to see fulfilled, least of all, his king.
Together they’re faced with the most difficult choice of their lives: doom a hidden, mythical culture to eternal segregation, or sacrifice their love to reunite Atlantis with the rest of the world? 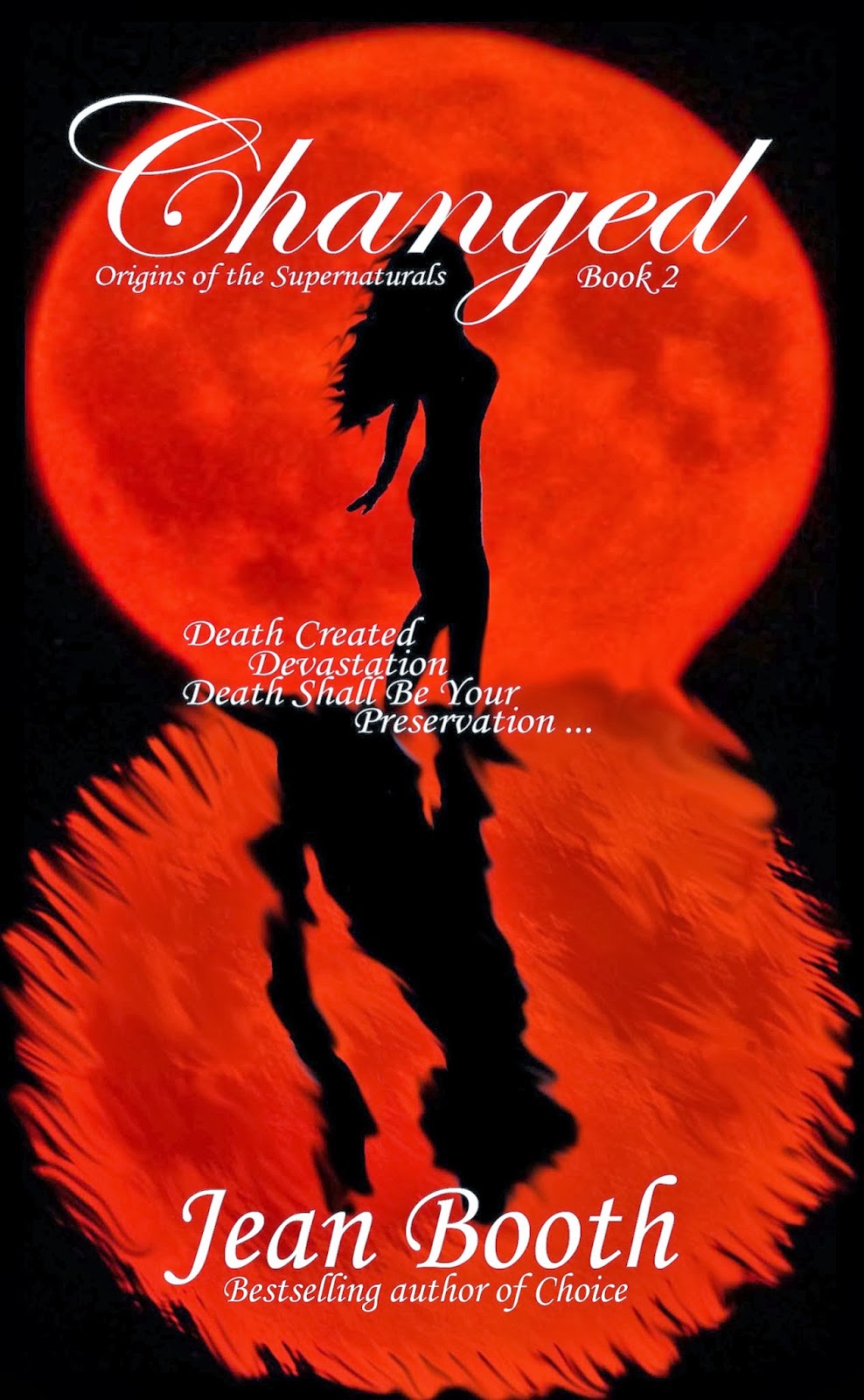 Changed (Origins, #2)
Vampires, Shape shifters, Necromancers, Supernatural Hunters - I sat in awe listening as Stephan, leader of the Vampire clans, told me about their culture. I'm glad he waited until now to tell me. I didn't believe the unbelievable was possible until I was mated to a powerful Shape shifter three months ago. After that, all sorts of crazy things started happening to me.
I've got to say, I'm a believer now. 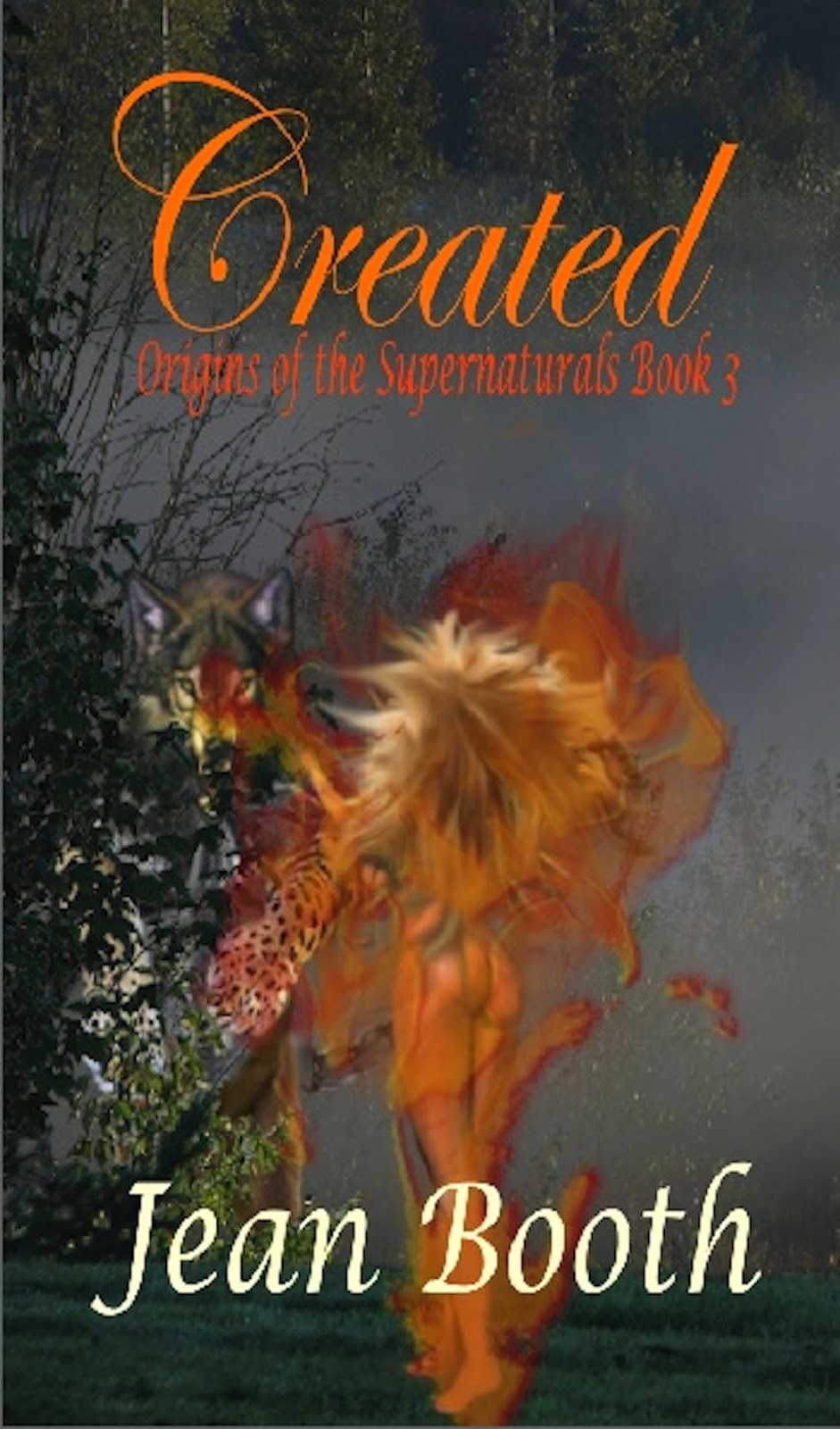 Created (Origins, 3)
Four hundred years ago, my life was destroyed. Everything I knew and loved was obliterated as my powers surged for the first time. My family, my home and my life were taken from me, in flames.
I was transformed against my will into an abomination, a dizzien of hell to forever walk the night, a vampire. For four hundred years I've walked this earth, the painful screams of my family a constant reminder of the monster I am.
I've never known love, or the gentle touch of a man. The only respite from the agony of my existence was the three hundred years spent with Stephan. Although, once She came, I was again tossed aside, shunned and ignored.
Never again!
I'm done with being condemned, suffering for the consequences of something I didn't know I was capable of. It's time I lived.
My name is Victoria, and this is my story. 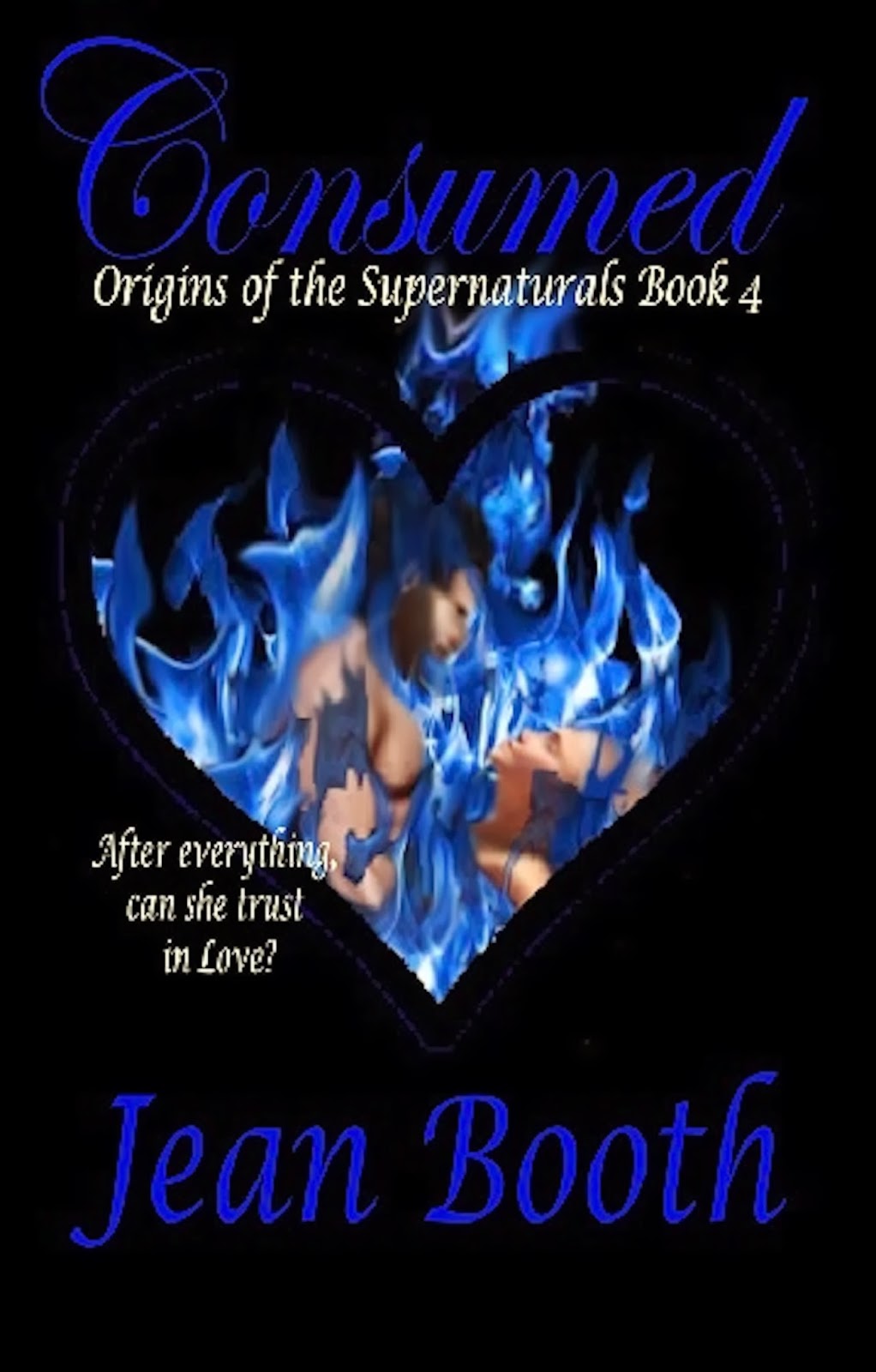 Consumed (Origins, #4)
For three hundred years I lived with Stephan; learning about the culture forced upon me, growing as a pyrokinetic vampire and healing from Mneseus' century of abuse. Before Stephan's guidance and direction, I was an empty shell. His kindness, compassion and just beliefs showed me that there could be a life without pain. Over time, I learned to love again. Foolishly I believed Stephan and I would be partners, comfortable and content without half-life for eternity.
Then She came and ruined it.
I left them to find a place I could spend the rest of my lonely years. Mneseus' last words reverberated through the centuries, reminding me, I wasn't worthy of love. It would be now, when I finally resigned myself to an eternity of solitude, that I would find it.
Logan was everything I'd ever needed in a man, with one fatal flaw. Could I look past that, risking my heart, my future and his very life to be with him? Was love truly enough? 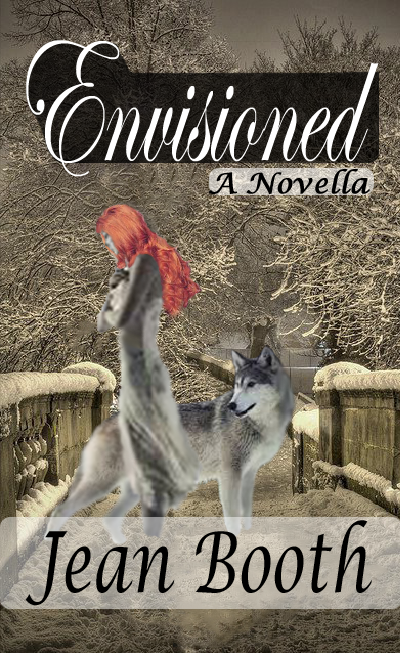 Envisioned (Origins, #4.5)
As leader of the wolves, Auto holds immense power and responsibility. He's Stephan's second, and his oldest friend. In truth he'd give it all up to find his mate, his Alma Xemelga.
Sage was plagued with nightmares of a wolf hunting in the Michigan forests. Drawn to the wolf for reasons she can't understand, she never spoke of these dreams... until she met him.
With Auto's secret in her hands, he wonders, can she accept him for what he truly is? And when he learns of her powerful, hidden talents, will she be able to accept herself? 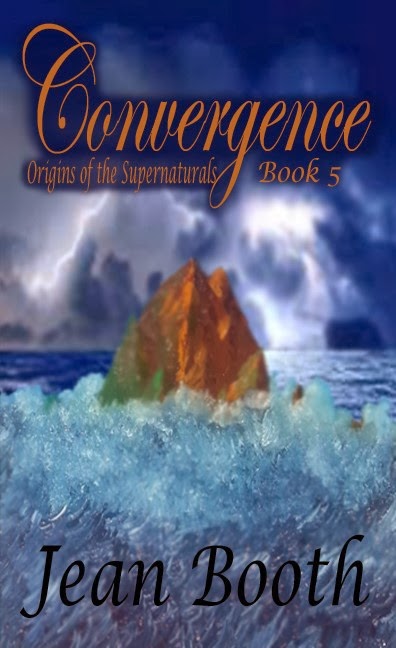 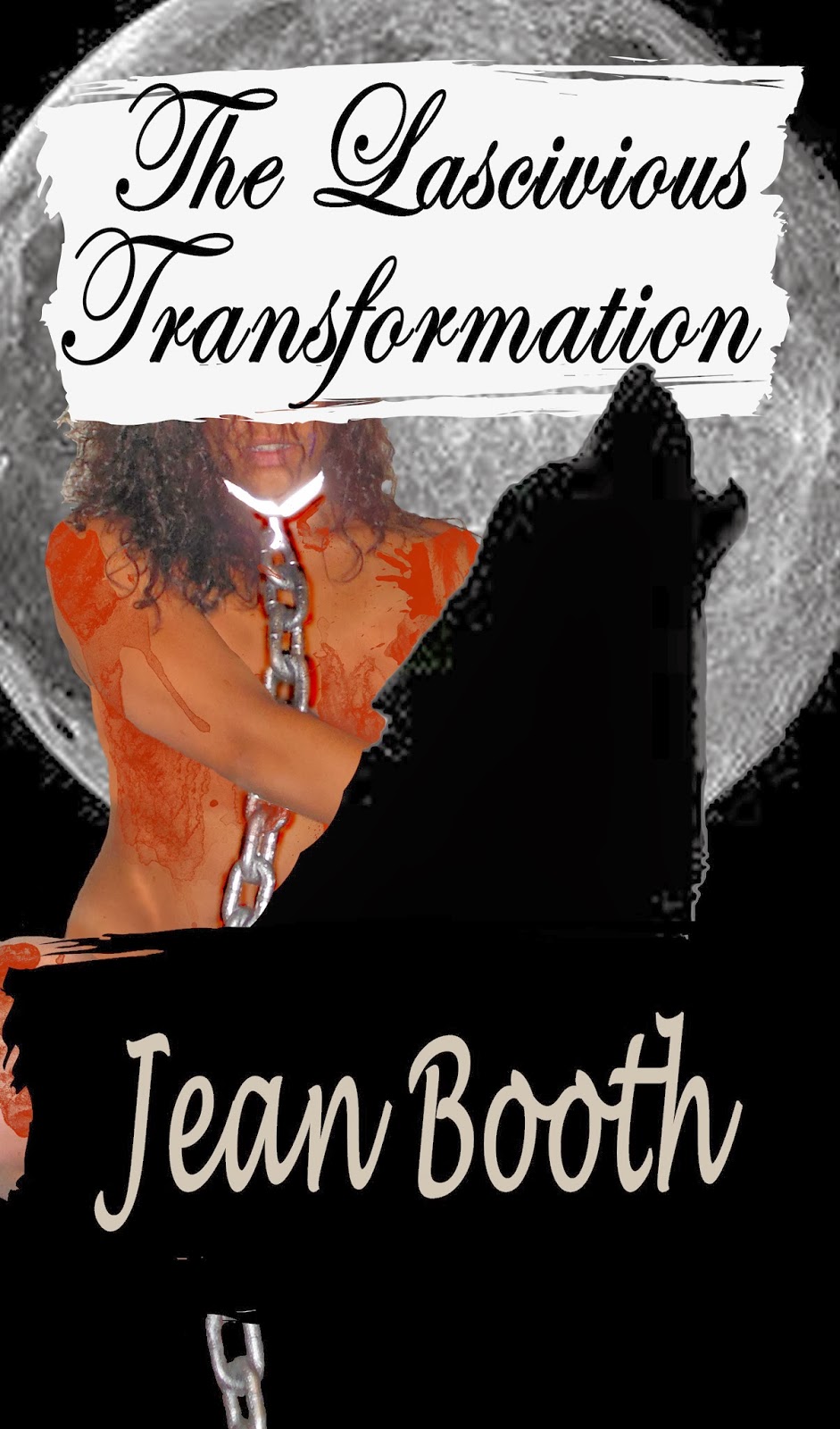 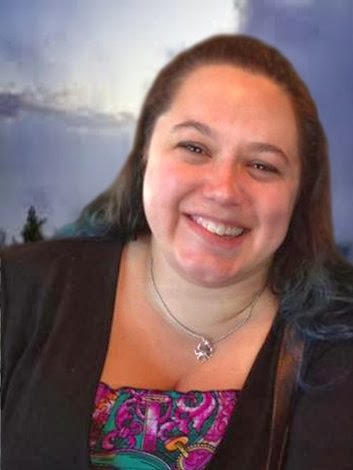 JEAN BOOTH lives in Nevada with her husband and cats. When she's not out risking her neck on the back of her motorcycle, she enjoys the more calm activities of reading, gardening, and spending time with her friends and family. She has worked in health care for most of her adult life before deciding to finally share the stories that have been living in her head.
To see what’s coming soon in your favorite series visit www.jeanbooth.com.