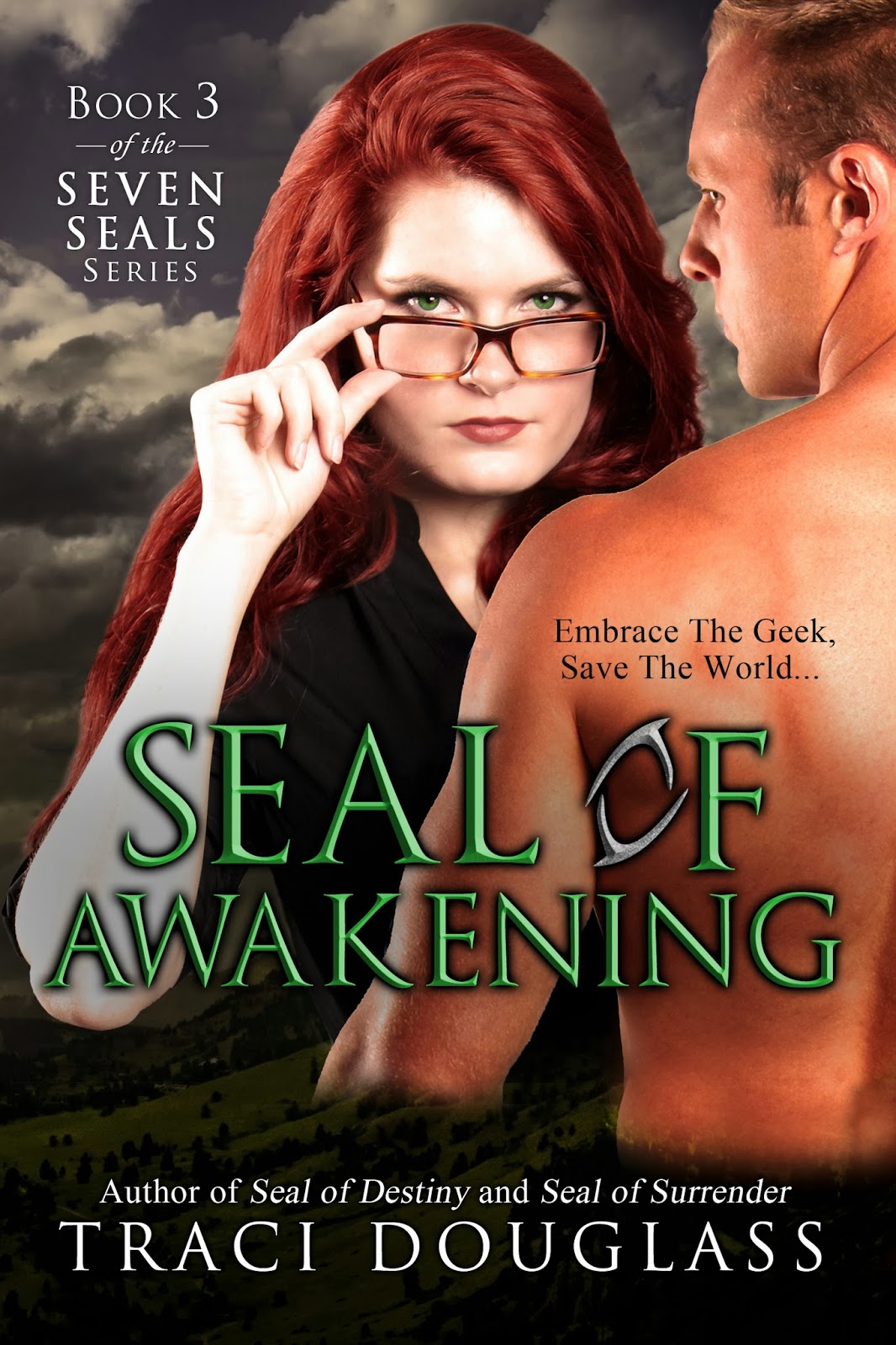 Socially awkward geneticist Quinn Strickland has willingly forgone the pleasures in life to reach her career objectives. Alone and approaching thirty, she uses her independence to mitigate any risk of a broken heart. Her strategy works until the day a handsome stranger bursts into her lab and her orderly plans shoot straight to Hades. He claims to be her personal divine protector, a powerful, ancient warrior sent to defend a prophetic time bomb existing within her own genetic code.

The Scion’s alpha-geek Wyck is offered the opportunity of his immortal lifetime as head of his own covert operation. He arrives at a Colorado lab expecting starched white coats and sterile surroundings—not a redheaded spitfire in charge of both his project and his libido. His skills have carried him from the battlefields of ancient England to the pits of Hell and he has no plans to be felled by one woman, regardless of her shag-worthy charms. Divine duty requires him to protect the apocalyptic Seal encrypted within Quinn’s DNA, but his heart has other ideas. When his personal feelings interfere with his age-old vendetta, he’s forced to decide between desire and retribution.

For the band of adopted heavenly brothers known collectively as the Scion, covert ops generally fell into two categories, crashing bore or glorious adventure. And after more than nine hundred years of divine missions, Wyck could tell the difference before the first volley fired.

He double-checked to make sure his ID badge was prominently displayed.  Divinity had finally given him a second chance as mission leader and he intended to make sure this operation fell squarely into the epically awesome range despite his less than glamorous surroundings. This time, he vowed, there’d be no messy diversions to waylay his goals, no damsel in questionable distress to shred his heart to smithereens. Nope. This time he was fully prepared and would see his mission through to a successful end.

Wyck trudged up the sidewalk toward the imposing glass and steel Eugenicorp Labs building, craning his neck to see the top of the six-story structure. He was so engrossed in his perusal he nearly squashed a bedraggled squirrel limping across the pavement in front of him. Wyck glanced down and spotted a half-cracked acorn near the toe of his boot. Poor bugger must’ve dropped it in his hasty retreat.

His first inclination was to reach down and retrieve it, maybe place the nut near the roots of the giant tree where the squirrel now hid.  But now wasn’t the time to get sidetracked. As his commander, Xander, had already warned him, such kindness had only added to his past failures.

He kicked the nut, watching as it hurtled through the open grassy area surrounding the complex, then strode through the automatic doors and into the cavernous lobby. Empty. Sterile. Utilitarian, covered in gleaming metal and glass. The décor - neutral grays and bland beiges - screamed restraint.

Okay, he amended. Maybe epic and awesome were pushing the envelope for this mission. Best to start with solidly successful. He blinked several times in the early morning sunshine and spotted the pinched, schoolmarm expression of a receptionist across the expanse.

In his experience, mulish females appeared to be the rule in academia. Just one more reason he steered clear of the smart ones and stuck to his technology. Emotional evisceration was another, but he refused to dwell on that now. Gadgets and science had always been his safe refuge. They trustworthy.

He proceeded across the pristine white-tile floor and when the receptionist steadfastly ignored him, Wyck coughed and summoned his most charming smile. “Hi, I’m Orson Parrot, the new bloke.”

The woman glanced up from her computer screen and ran a disdainful eye over him, her glare burning a hole through his extended hand.  Her scowl increased as she snatched a clipboard from the desk’s immaculate surface and skimmed a bony digit down the list.  She tapped her finger twice beside one line and stared back at him, her demeanor cold enough to freeze hydrogen, then pointed toward a pair of glass doors across the lobby. “Through there.”

He leaned forward to thank her only to be confronted by a strip of red fabric. Dangling from the receptionist’s hand, it swung in crazy, lopsided circles to tap him squarely on the chest. “You’ll need this,” she said, her tone a perfect match for the Queen’s after a distasteful tabloid scandal.

Wyck caught the twirling lanyard, with its attached security keycard, and placed it around his neck.  He couldn’t resist giving the woman a wink and a grin on his way out, and was delighted when she stiffened like rawhide. A fellow had to have some fun.

He headed toward the double doors across the atrium, his mind ticking with details. This rare shot at redemption, plus the added potential for delivering a digital smackdown to his longtime enemies, the Nephilim, had him jumping at the chance to infiltrate the Eugenicorp’s computer system. Getting back in the field again would prove more enjoyable than his usual long hours of tedious research for his brother’s quests. Not to mention turning down an assignment from Divinity wasn’t really an option. She’d given the Scion many blessings, but freewill over their assignments wasn’t one of them.

If his hunches were correct, his new logic bomb would blow the fucking cork right off the half-breeds’ schemes for a new world order. By utilizing their legitimate business arm in the human realm, Tolbert International, the Nephilim had been quietly amassing huge quantities of money for centuries, branching out into everything from pharmaceuticals to produce. The Internet had been buzzing for months with rumors of an eminent Tolbert takeover of a genetics research facility and Divinity had sent him to Eugenicorp to make sure those takeover plans didn’t include the Seal currently hosted by one head scientist or the top-secret project she commandeered.

He used his new keycard to enter a glass-lined walkway and caught sight of his reflection. Christ Almighty. He’d done a wicked job of turning his normal hipster persona into Orson Parrott—Super Brain Extraordinaire.

Attired in a scholarly turtleneck and khakis, he couldn’t have been further from his normal choice of t-shirt and jeans. Between his helmet hair and the tatty, empty briefcase he carried, there was little sign of the tousled charmer who’d enticed a cute barista to bed during his last reconnaissance mission here a few months earlier.

Wyck passed from the atrium into another adjoining lobby and glanced at the office number scribbled across his palm in blue ballpoint ink. 5324. He pushed the button for the next arriving elevator, whistling while he waited.

Sure, he’d performed a teensy bit of cyber-fraud by uploading his own credentials and employee demographics into the Eugenicorp HR files and he’d picked out a nice cushy office with a window, close to his target and close to the vending machines. Perfect.

Speaking of his target, the buttoned-down woman wasn’t one he looked forward to meeting. From everything he’d read about the third Seal’s unwitting host, she was smarter than sin and as enticing as a good bout of bubonic plague. No thank you.

A determined clack of heels echoed against the tile behind him and he swiveled toward the noise, just in time to see a flash of bright red hair barge through the gathering crowd and into the elevator. People stepped back, some headed for the stairs, as if the woman now occupying the compartment might spontaneously combust at any moment. 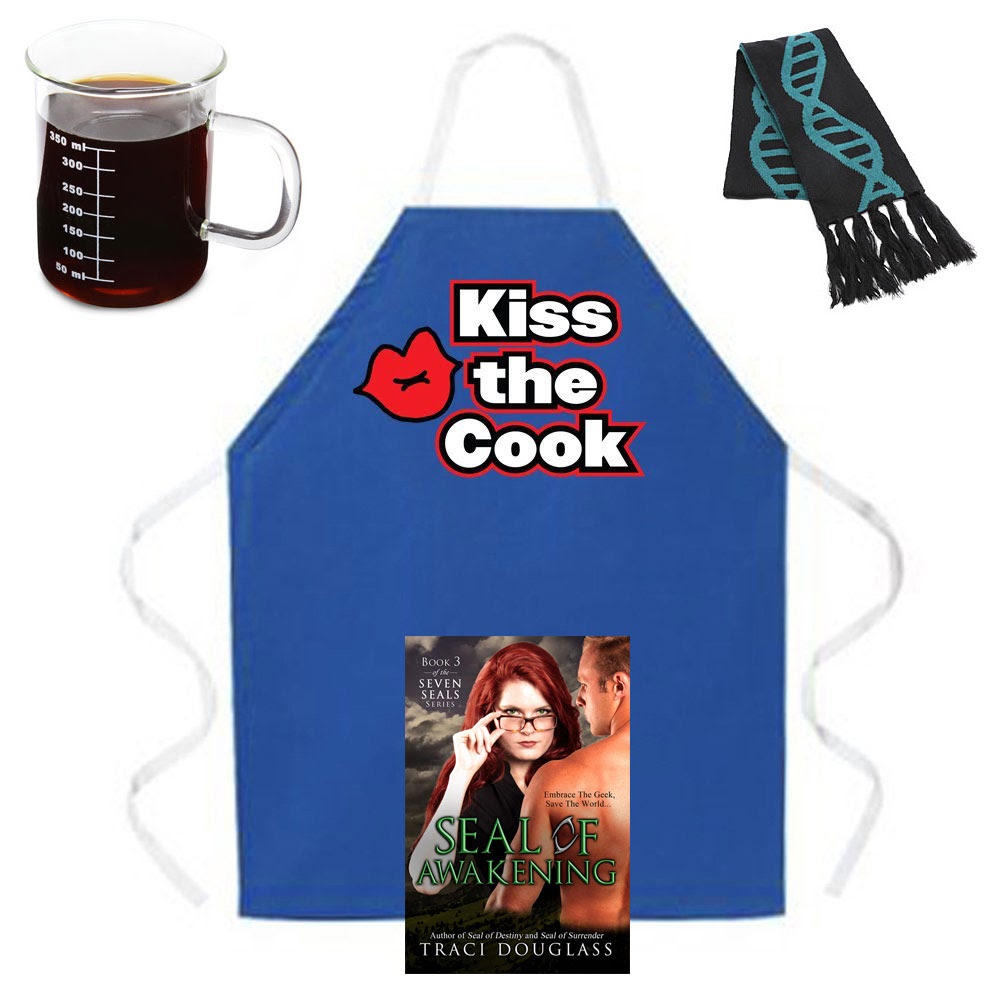 a Rafflecopter giveaway Guest Post:
During the climax of SEAL OF AWAKENING, Wyck programmed his own countdown to track his digital warfare upload and to provide a bit of ass-kicking morale for the Scion. J

1. We Will Rock You/We Are The Champions – Queen 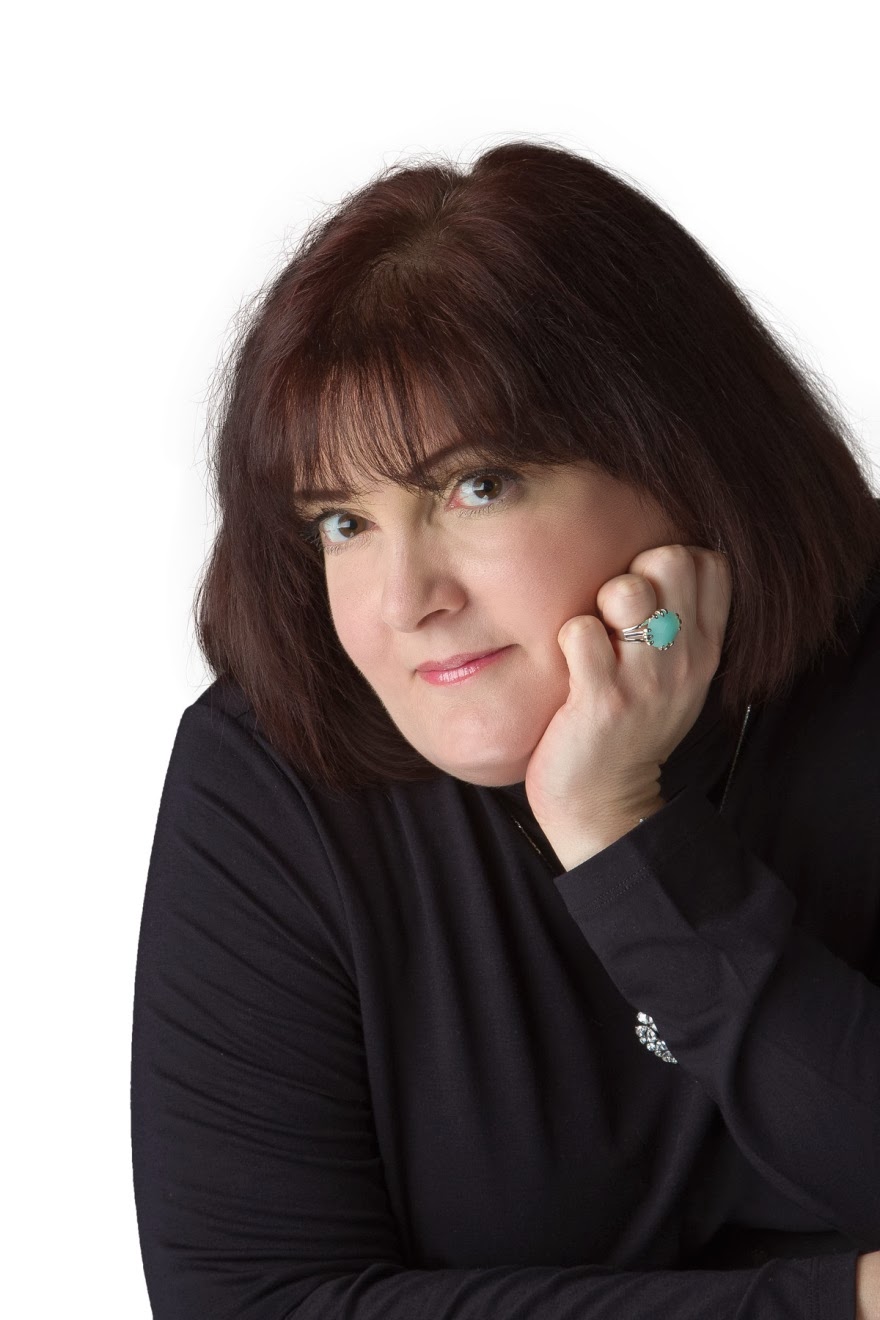 Traci is the author of paranormal romance/urban fantasy and contemporary romances featuring a sly, urban edge, including her current Seven Seals series. Her stories feature sizzling alpha-male heroes full of dark humor, quick wits and major attitudes; smart, independent heroines who always give as good as they get; and scrumptiously evil villains who are—more often than not—bent on world destruction. She enjoys weaving ancient curses and mythology, modern science and old religion, and great dialogue together to build red-hot, sizzling chemistry between her main characters.

She is an active member of Romance Writers of America (RWA), Indiana Romance Writers of America (IRWA) and Fantasy, Futuristic & Paranormal Writers (FF&P) and is pursing a Masters of Fine Arts degree in Writing Popular Fiction through Seton Hill University. Her stories have made the final rounds in several RWA chapter contests, including the 2012 Duel on the Delta, the 2012 Molly Awards, and the 2012 Catherine Awards. An earlier draft of the first book in the Seven Seals Series, Seal of Destiny, won the paranormal category of the 2012 Marlene Awards sponsored by the Washington Romance Writers.
Other current projects include upcoming books in the Seven Seals series, a new contemporary novella series due out in early 2014, and a new futuristic suspense series with hints of the paranormal and plenty of romance.