From Gods by Mary Ting with Giveaway, Excerpt & Review 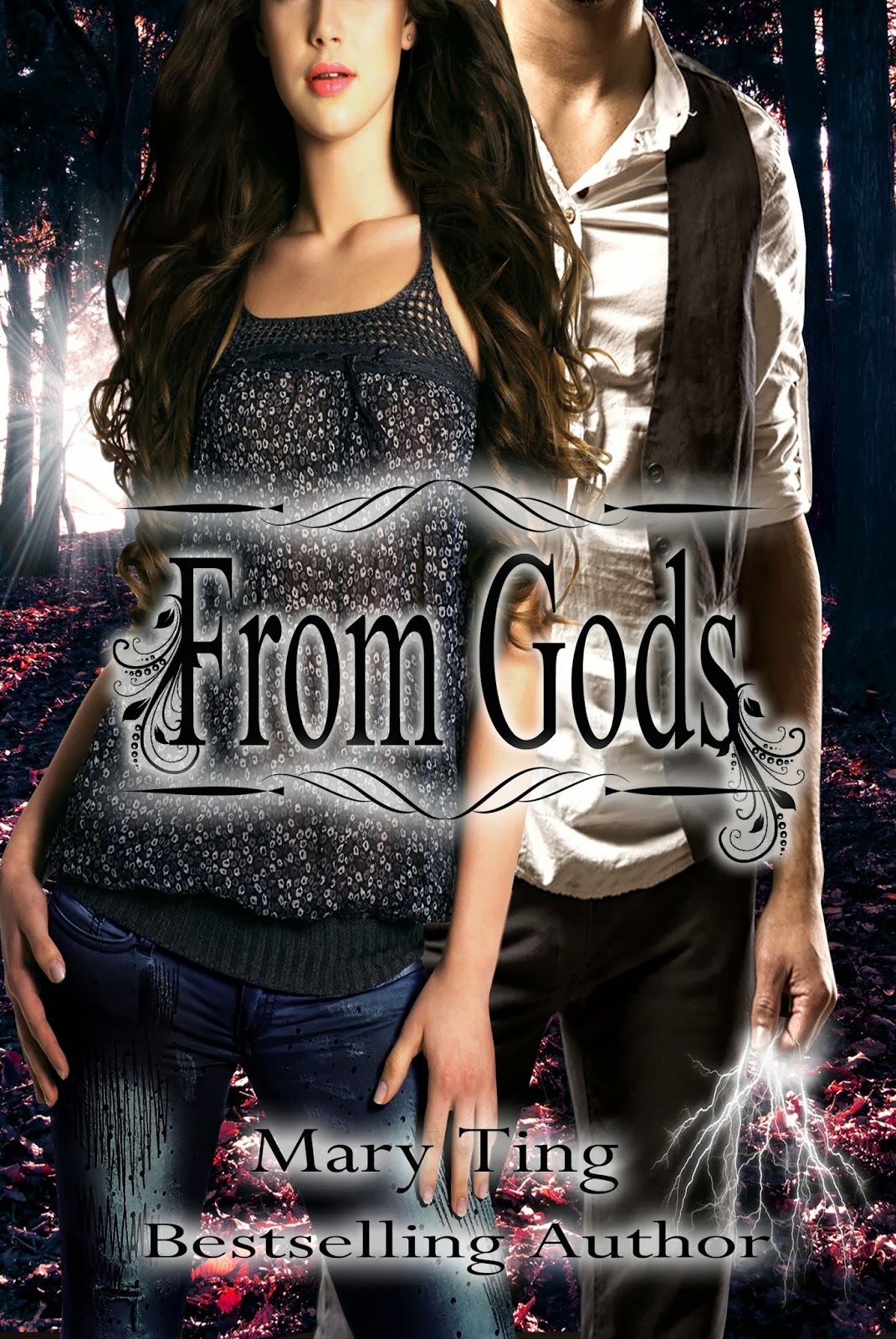 
Synopsis:
Did you just see a flash of lightning across the sky on a clear sunny day? It’s not from Mother Nature. It is most likely from Mason Grand, swoon-worthy demigod, one of Zeus’s descendants.
Skylar Rome is supposed to be having the best summer ever before she heads off to college.  Little did she know, her whole life was about to change while visiting her cousin. Nearly drowning at the beach due to unknown forces, one of the Grand brothers she’d just met, Mason, saves her life. Cool, collected, mysterious, and dangerously good-looking, Skylar is drawn to him from the start. Though she knows he is the type of guy good girls stayed away from, it seems he is always saving her life, and the attraction was inevitable.
Upon meeting the brothers, strange things begin to happen. When she accidentally kills one of the brothers, it throws her life into turmoil, as they search to find the answers. Implausibly, she gets caught up in a world of the descendants of ancient gods, all who have super powers. Not only is her discovery difficult to accept, evil beings are after her. Running out of time and running for her life, she must unravel a mystery. What do they want from her? Forced into a battle set into motion long before she was born, will she find the answers, or will she die trying?
Buy Links:
Amazon: http://amzn.to/GWm74K
Amazon UK: http://www.amazon.co.uk/From-Gods-ebook/dp/B00FRQRC4O/ref=sr_1_1?s=digital-text&ie=UTF8&qid=1381551797&sr=1-1&keywords=from+gods
Barnes & Noble: http://www.barnesandnoble.com/w/from-gods-mary-ting/1117077139?ean=2940148419365
Smashwords: https://www.smashwords.com/books/view/366606

Excerpt:
Unexpectedly, she felt arms cuddling her, carrying her out the door. Immediately, she knew it was him. Being in Mason’s arms made her speechless, and she didn’t want to move a muscle. He laid her down on a wooden bench and bent down on his knee.
Skylar held her eyes closed, but opened them slowly when he brushed the strands of her hair away from her face. Afterward, surprisingly, when his hand slid down tenderly to her cheek, she felt a slight tingling sensation around the area that he touched. Whatever it was that she felt definitely came from him. It was like something between a mild shock and heat, but it wasn’t painful; in fact, it felt pleasurable and soothing, and she didn’t understand how he was doing it.
Peering up, she caught his eyes as they held hers, through space, through time, through her soul. Sparks flew and some kind of connection Skylar didn’t understand erupted through her. Though she didn’t want this feeling, she had no other choice, for her heart longed to know him even more.
Mason blinked his eyes, looking frazzled and concerned. “Are you okay?” His tone was softer than usual.
Anchoring her trembling hands on the bench, she raised herself up and rested her back against the wall.

My Review: 4 1/2 stars
This was a very good book. I knew I would like the subject matter, because I love reading about mythology of all kinds. This was an interesting twist on mythology, where only the descendants of the Gods remain on earth. Apparently they're in a fight with each other because, well, they're the Gods and that's what they do. Technically, it's the Gods children who are in this fight, but for the life of me I can't figure out why. Skylar and Mason are drawn to each other, but fight their attraction. This was a good storyline, good plot, loved the characters; they each served their purpose. Really liked the surprise ending, and am looking forward to reading the second book to find out what happens. I would highly recommend this book to people of all ages, there's a little something for everyone.
Author Bio: 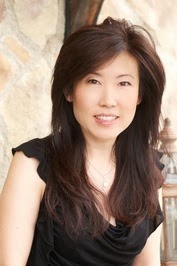 Mary Ting resides in Southern California with her husband and two children. She enjoys oil painting and making jewelry. Writing her first novel, Crossroads Saga, happened by chance. It was a way to grieve the death of her beloved grandmother, and inspired by a dream she once had as a young girl. When she started reading new adult novels, she fell in love with the genre. It was the reason she had to write one-Something Great. Why the pen name, M Clarke? She tours with Magic Johnson Foundation to promote literacy and her children's chapter book-No Bullies Allowed.
Author Links:
Facebook: https://www.facebook.com/AuthorMaryTing
Facebook: https://www.facebook.com/AuthorMClarke
Twitter: https://twitter.com/MaryTing
Website: http://www.authormaryting
Blog: http://www.marytingbooks.blogspot.com
Goodreads: http://www.goodreads.com/author/show/4388953.Mary_Ting
Goodreads:  http://www.goodreads.com/author/show/7181038.M_Clarke
Pinterest: http://www.pinterest.com/mting888/boards/