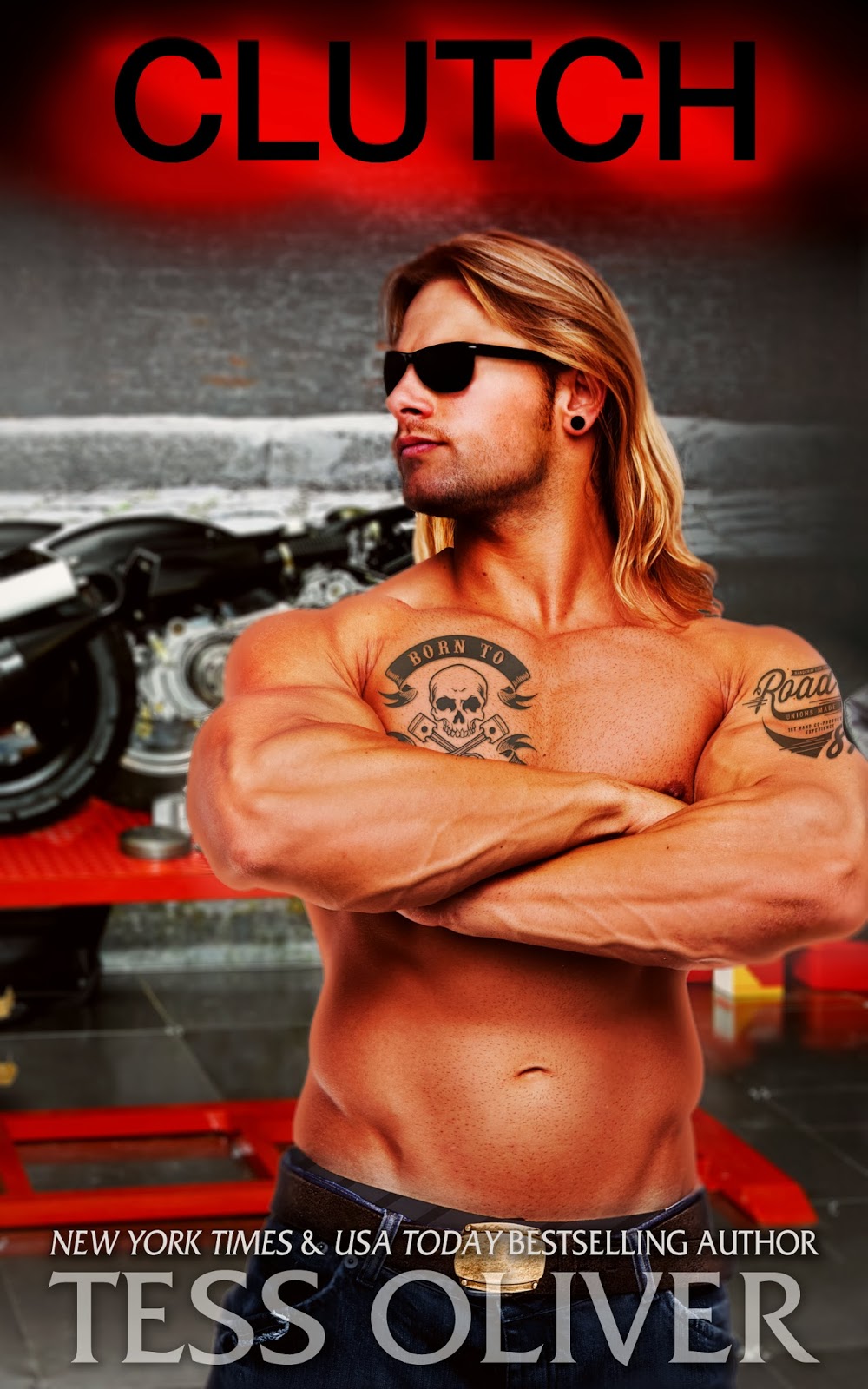 When Taylor Flinn’s parents shipped her off to an aunt for her last year of high school, James “Clutch” Mason had convinced himself it was for the best. Taylor, the wild, impulsive and far-too-appealing seventeen-year-old had been driving him nuts. Her school girl crush on him had been the last thing he needed. Now he had time to concentrate on his booming classic car part business, his new found love-- drag racing, and keeping his twenty-year-old brother Barrett out of trouble. But when Taylor returns from her aunt’s more grown up, utterly seductive, and attached to another guy, Clutch realizes that the only thing he ever needed or wanted was Taylor Flinn.

She came around the corner, unexpectedly and like a hurricane of stars. My mind went completely blank. I hung up and stuck the phone in my pocket.
Taylor’s long lashes curtained her smooth cheeks as she dropped her gaze.
The adrenaline rush left behind from getting my hands on a sixty-five Shelby morphed into an explosion of every emotion I’d ever felt. I lunged forward and grabbed her hand. She gasped as I dragged her around the back of the building. I pressed her up against the bricks and stared down at her.

My Review: 4 1/2 stars
This was a good story. I liked it because of the characters. I could understand where they were coming from and why they did most of the things they did.  I've always like muscle cars and have been around shops, so I'm familiar with the background of Clutch's work. Things are always complicated between Taylor and Clutch, in this case a little too complicated at times. But Clutch is a good guy. It's not his fault that he towers over everyone and that he's naturally intimidating to everyone or that he looks like a Nordic God. Taylor is young, but she's learning. She knows in her heart that she and Clutch belong together, she just wonders why no one else, including Clutch can see that. And that's where she's so wrong. He liked her too much when she was way too young, and now that she's back and an adult he wants her even more than before.I liked the fact that Clutch waited for Taylor. She was young and he was a few years older, but sometimes you just know when you meet your other half. The situation gets more complicated than before once they reach an understanding between themselves. There's a huge misunderstanding and that changes things for a lot of people. Clutch goes to great lengths to find Taylor to fix another misunderstanding that got way out of hand. Taylor is impulsive and she jumps into situations without looking, but she soon realises that Clutch will always be there for her - in every way that he can. Tess did a fantastic job with this book. I think it's a winner. I had to figure a few things out because I hadn't read the first book, but managed. I'm looking forward to more in this series to see where the characters go and what happens to them.

Tess Oliver is the New York Times and USA Today Bestselling author of Freefall (Custom Culture, #1). She is also a full time teacher and lives in California with her husband, two kids, and a pack of pampered pets. She loves horses, chocolate, and Jane Austen books. She has a BS in Nutrition Science and a MA in Curriculum and Instruction.