Reflection of the Gods by Lisa Llamrei with Excerpt, Book Trailer & Review 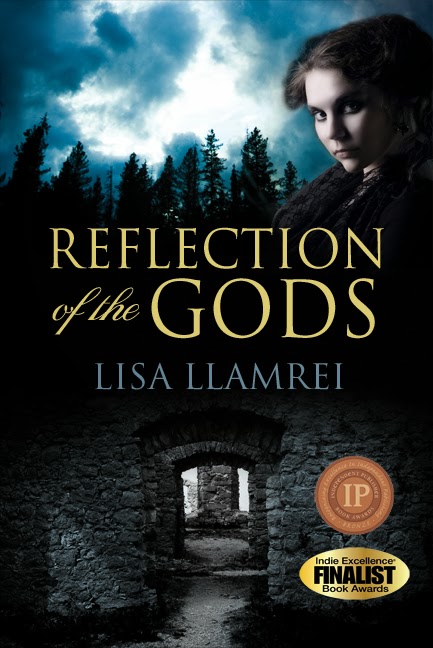 Newly divorced Das MacDermott longs for a fresh start. As he packs up and prepares to move out of the city, he spots a young woman being held at gunpoint by three men. Despite being outnumbered and unarmed, Das does his best to intervene. Once liberated, the victim seems oddly ungrateful, but on an apparent whim decides to join Das in his new life in rural Ontario. Aislinn, as she is called, returns the favour; with her encouragement and support, his start-up photography business takes off, and more importantly, Das is saved from loneliness and self-doubt.

Das, however, is never quite able to fully dismiss the contrary aspects of Aislinn’s nature, and is strictly forbidden from asking about Aislinn’s past. All seems too good to be true, and indeed it is. Aislinn’s unusual talents and odd Behaviour, unbeknownst to Das, come from her demigod status. Aislinn is half-Sidhe, daughter of Fionvarra, Ireland’s fairy king, and a human woman. Sidhe wars have so disrupted the mortal world that Aislinn has joined with other immortals in an effort to permanently separate it from Tir N’a Nog, the fairy realm.

Born in ancient Ireland, Aislinn spends millennia as the plaything of the cruel and narcissistic gods. The pain of being neither human nor Sidhe is offset by her relationship to the Fir Bolg, another race of fair folk who take pity on her lonely state; and the refuge she takes in being Das’s lover and protector. As Das comes to accept the possibility that Aislinn belongs to a supernatural world, he discovers that the two worlds are set to collide in a way that may mean the destruction of all humanity.

Excerpt:
The rest of the night I lay there, trying not to toss and turn, Aislinn apparently unaffected by my insomnia. I heard the noises again. Tiny feet scurrying everywhere. Small voices whispering. I didn’t even bother getting up to investigate. What for? I never found anything.
When the shade on the window started to lighten, I’d had enough. I slipped out of bed. Aislinn didn’t move. That had to be a first. I couldn’t remember a single time I’d risen in the morning before she did. I pulled a sweater on over my pyjama bottoms and stuffed my feet into my old slippers. When I left the room, I closed the door behind me and tiptoed down the stairs.
From the dining room, I could see straight into the foyer. The coffee table had been moved from the living room, draped with a tablecloth and scattered with bowls and cups. What the—?
I crossed into the foyer for a better look. Crumbs from the bowls had spilled across the table and onto the floor. They mixed with the dregs of liquid. I dipped a finger in the white stuff. I held it first to my nose before tasting it. Milk. I picked up a cup and sniffed a sweetish, fermented smell. Mead.
I turned around and darn near crashed right into Aislinn. “I didn’t hear you coming.”
Aislinn looked at the table and then at me.
“What is all this?”
Aislinn remained silent and immobile.
“I mean it. I want to know what all this is for.”
“That I cannot tell you.”
“But—”
“You vowed never to ask.”
“I’m not asking about your past or where you’re from. I’m asking why there is a dining table set up in the foyer. For who?” I knew my voice was rising, but I couldn’t stop it.
Aislinn turned to leave.
I have never laid hands on a woman in anger before, but God help me I wanted to do it then. A picture flashed through my mind of Aislinn down here with that man. In my house. I wanted to grab her and shake her. Force her to tell me everything she’d been keeping from me. Instead, I jumped ahead of her and blocked the doorway into the dining room. I pointed a finger in her face. She didn’t even flinch.
“The first time I saw you, you were being attacked by three men. A few days later, they were all murdered. You start bringing home raw milk every day and local cows start disappearing. You come home from Toronto on a bus that isn’t running. And I don’t ask you anything about any of it because I promised not to. Then, you are walking around town in the dead of night with some man I’ve never met and doing God knows what in front of the house for all the neighbours to see. Still, I don’t ask because I promised I wouldn’t and I keep my word. But I am asking now. I want to know why you left food out last night and who it was for. If you feel you have to leave me, fine. I’ve had it.”
Aislinn remained silent, but all colour drained from her face. Her lips trembled. After what seemed like several minutes, she spoke. “I leave food out every night.”
“I’ve been up through the whole house in the middle of the night several times and I’ve never seen this before.”
“Tonight my thoughts were elsewhere. I did not realize you had wakened. Previously, I always knew your whereabouts and cleared it all away before you could see.”
“That’s impossible. You didn’t get up with me.”
“I can move fairly quickly when I choose.”
I ran a hand through my hair. No one was that fast, but no point arguing with her. “Who was this for? The man you’ve been meeting?”
“No. It is for the small ones.”
“The small whats?”
“You would likely refer to them as the ‘wee folk.’”
“Wee folk? You mean fairies?”
“They prefer the term ‘good people,’ but yes.”
“Why would you be leaving food out for fairies?”
“They dislike for humans to acknowledge their presence, but they do expect some recompense for their aid.”
Either she was still lying to me or … oh, God. I hoped she was lying. “Just what do you believe they do that requires recompense?”
Her eyes narrowed. “Enough. You demanded an explanation. I gave it.”
“I don’t believe a word of it.”
“You can believe or not; it is your choice. I’ve no more to say on the matter.” She turned and went up the main staircase.
I sat down on the coffee table and put my head in my hands. Oh, God. I’d seen Aislinn lying often enough to be sure she told the truth now. Or she believed she did. Oh, my God.

My Review: 4 stars
This was a well written book. The characters were intriguing, especially Ainslinn. I liked that the story was told from both of the main characters point of view, alternating whose point of view it was. Ainslinn's was, of course, a bit confusing and much longer since she had so much more background to cover, being immortal. It's a complex and interesting tale, and I know I couldn't have been in Das's shoes not being allowed to ask about Ainslinn's past, and then when he does things get even more interesting. All I know is that I wanted more when I reached the last page. Hopefully Lisa will or is working on a book two or some such thing. 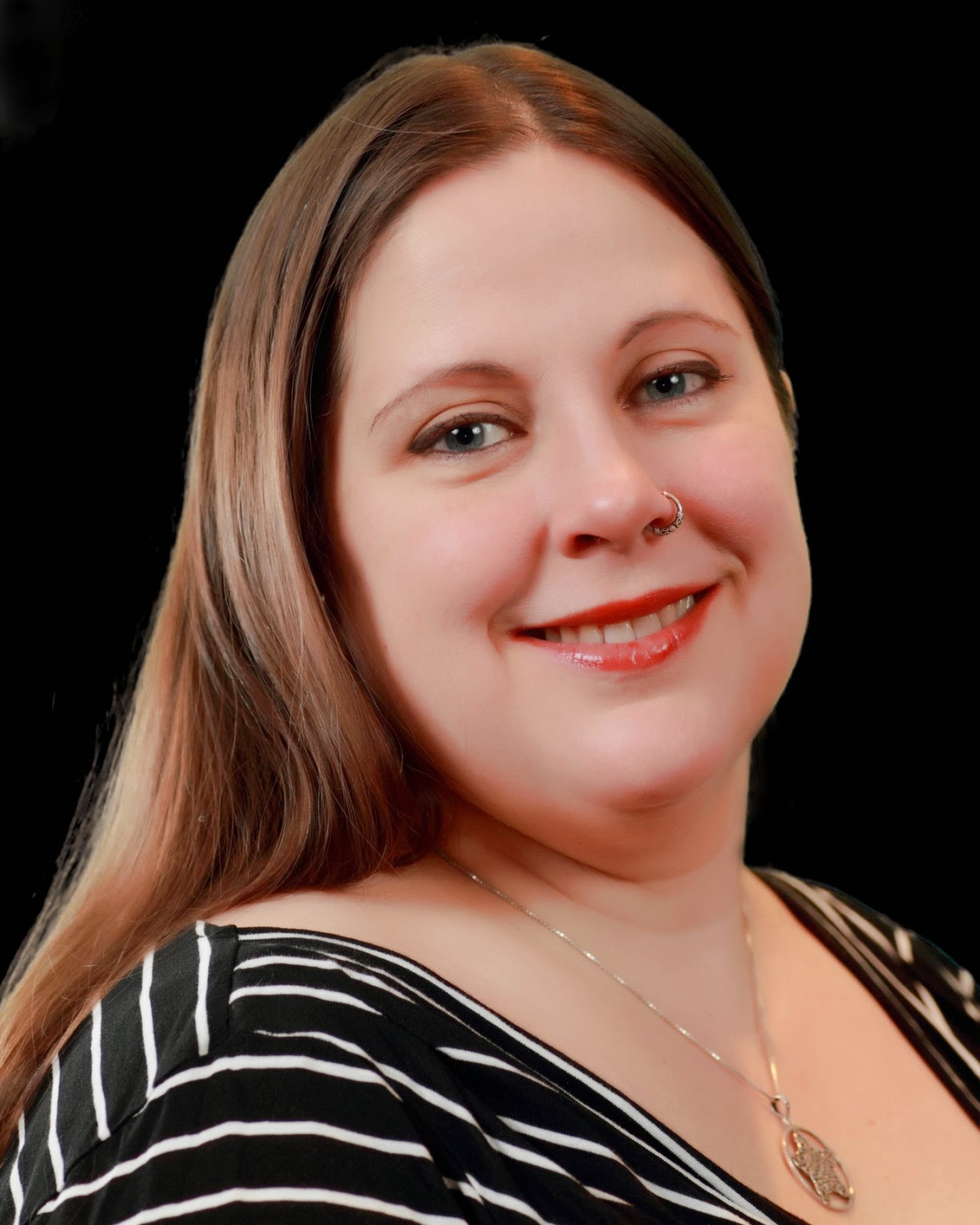 Lisa Llamrei was born in Toronto. She studied languages at York University. At various times, she has been an actor, professional belly dancer and holistic nutritionist. She presently lives in Durham region with her four daughters, and she works at a school of holistic nutrition. Reflection of the Gods is her first novel.