The Virgin Charmer by Rachel A. Olson with Giveaway, Excerpt & Review 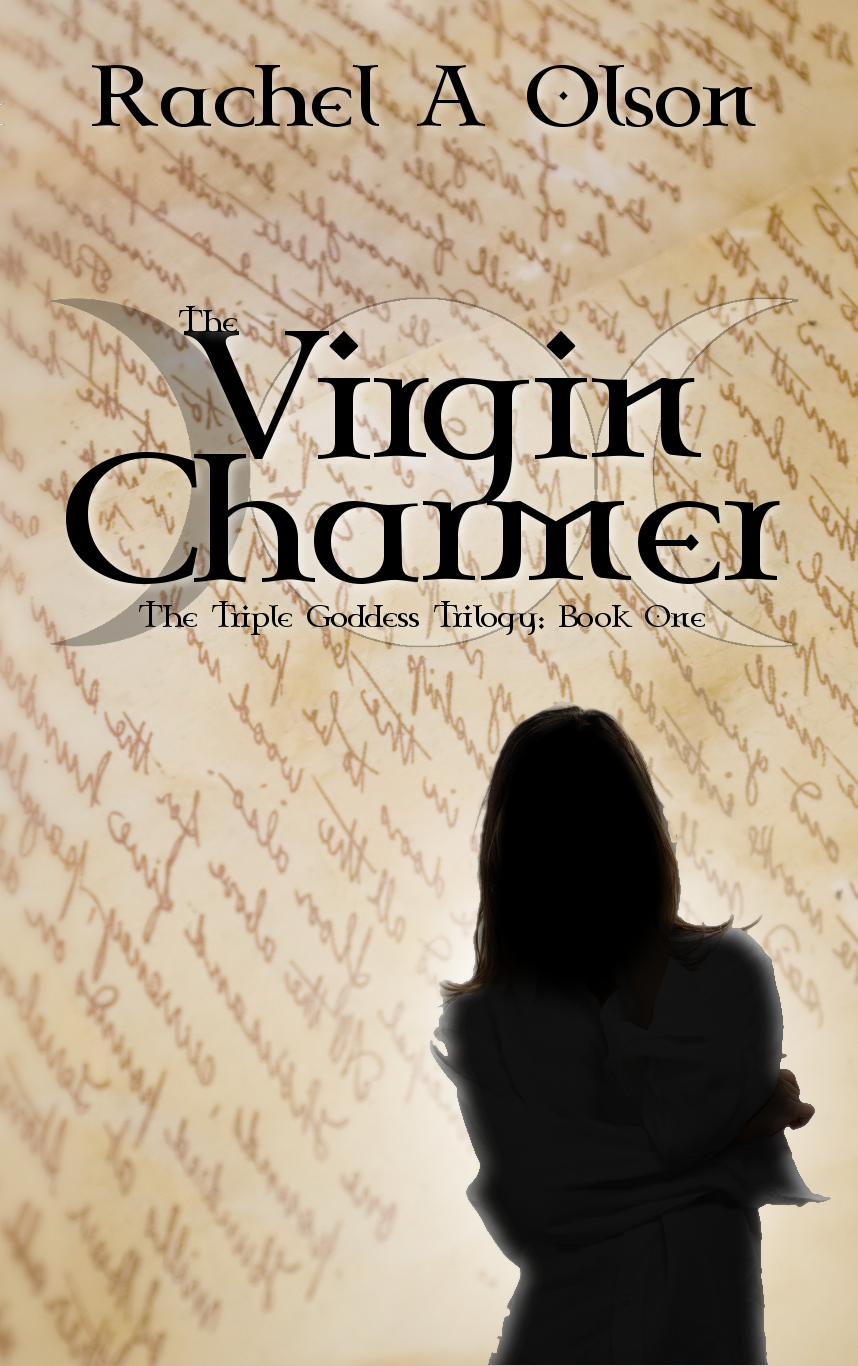 Hope Richards has only ever known the life of a big city girl. When her boss gives her an ultimatum, she decided to try out the country life during her forced vacation. After falling in love with a mysterious old mansion on the edge of a town that time forgot, Hope finds herself caught up in a whirlwind of someone else's crazy love obsession, and realizes in the middle of it all how lacking her own life is in that department. Hope is faced with a decision: return to the mundane life she thought was her passion, or find a way to experience something far stronger that she secretly yearns for.

EXCERPT:
“I think we should get a drink before we start Q and A.” The sound of Abigail’s voice made Hope jump enough to bump her knees on the table. Her tone was ice cold, sending prickly chills down Hope’s spine. She only nodded, certain that questioning how Abigail could be so dead about something involving her own brother would be a bad idea.

Abigail snapped her fingers in the air two times, and the man behind the bar immediately jumped on command. The closer he got, the stronger the pull became that Hope had felt previously. He walked with his face downcast, most likely watching where he stepped in an attempt to avoid tripping on anything or anyone. When he finally reached their table, Hope was in the middle of scrambling away, utterly terrified by what she was feeling. As soon as she caught sight of his face, her chair tipped back with her still in it.

Hope found herself sprawled out on a grubby wooden floor that didn’t look like it’d been swept in several days. Her sweater had somehow tangled itself around and between her knees, making any attempt she made to stand look very similar to a fish out of water.

Hope stopped all futile attempts to stand independently when a very masculine hand jabbed itself in front of her nose. With large, crossed eyes, she gasped and managed to scoot away from the floating hand by a few measly inches. A deep, silky chuckle rolled across languid airwaves and nearly choked Hope with its thick perfume. Hope glanced up through half mast eyes at the blurred face hovering just beyond the floating hand, and smiled crookedly, one eyebrow popping up a hair higher than the other. Another bout of chuckling ensued just as something lifted Hope to her seat.

Hope was only grasping portions of surrounding conversation. Her head swam through an enervated, unknown substance, causing a reaction similar to that of narcotics. She tried to shake herself and clear her mind, but whatever it was, it insisted on clinging tightly to every inch of her, inside and out.

“Do you mind telling me what your nose is doing on my boyfriend?” Hope was ripped from her strange trance when a cold, bony little hand landed abruptly on her shoulder. Her eyes flew open, finding that her nose was indeed buried into the chest of a man.

No, not just any man. The man. The one that was causing the pull.

“Holy shit,” she muttered to herself, stuck in the glistening eyes of a man several years younger than herself. She was fully aware of the stares she was earning, as well as a perfectly annoyed Abigail behind her. She was also aware that, at that particular moment, she didn’t have the willpower to pull away from the younger man directly in front of her, or whatever it was that possessed her.

Slowly, Mr. Gloriously Addictive stepped away from her snout, swallowing loudly as he did. Hope could hear Abigail impatiently tapping her foot on the floor. The further he got from her, the stronger she felt. Finally, Hope managed to turn a bit to look at Abigail over her shoulder, knowing her cheeks would match the color of unfriendly fire. She opened her mouth to apologize, and the next thing she knew, she was falling face first toward the table. Abigail clumsily caught her full weight, gently lowering her into the nearest chair. Hope opened a single eye, finding the bartender entirely too close for comfort, and no doubt the cause of her sudden lack of leg control and balance.

He was frowning at her, probably just like Hope frowned at him. Abigail popped up out of nowhere next to him, the man that was yet to own a name, offering Hope a crystal clear glass of liquid heaven. She swallowed a mouthful, expecting it to slide down like the cool, refreshing water it should’ve been. Except it wasn’t water, and it ignited the very fires of hell in her throat and belly.

“Sorry,” Abigail winced as Hope coughed and sputtered. “I should’ve told you it was Vodka. Your weird dizzy spells and swooning had me convinced you were in desperate need of a hard drink.” Hope only offered a half smile, practically glaring up at the man still standing entirely too close to her. “Oh jeez, my manners ran away with my good mood. This is Garrett, my boyfriend.” Garrett offered a friendly hand to shake, but Hope just stared at it. She was more concerned about the close proximity of that hand, and why his very presence made her feel like her skeleton had decided to take a vacation without the rest of her.

“I think I need some fresh air,” Hope finally managed to announce.

My Review: 4 stars
This was quite a tale. This story had me intrigued with the find the letters scavenger hunt that started this off after Hope decided to buy the house. I wasn't quite sure where it was going until about half-way through. I know there is such a thing as love at first sight, it happens. The attraction that Hope feels toward Garrett is not one-sided as we see from what happens in the story. But I'm not sure that Hope is the only one fighting it. I did not like the cliffhanger ending - not a big fan of those. But I would really like to find out what happens next, not just with Hope and Garrett, but with the house. The house has me a bit puzzled and very curious. I can't wait for the next installment in this series. Job well done, Rachel! 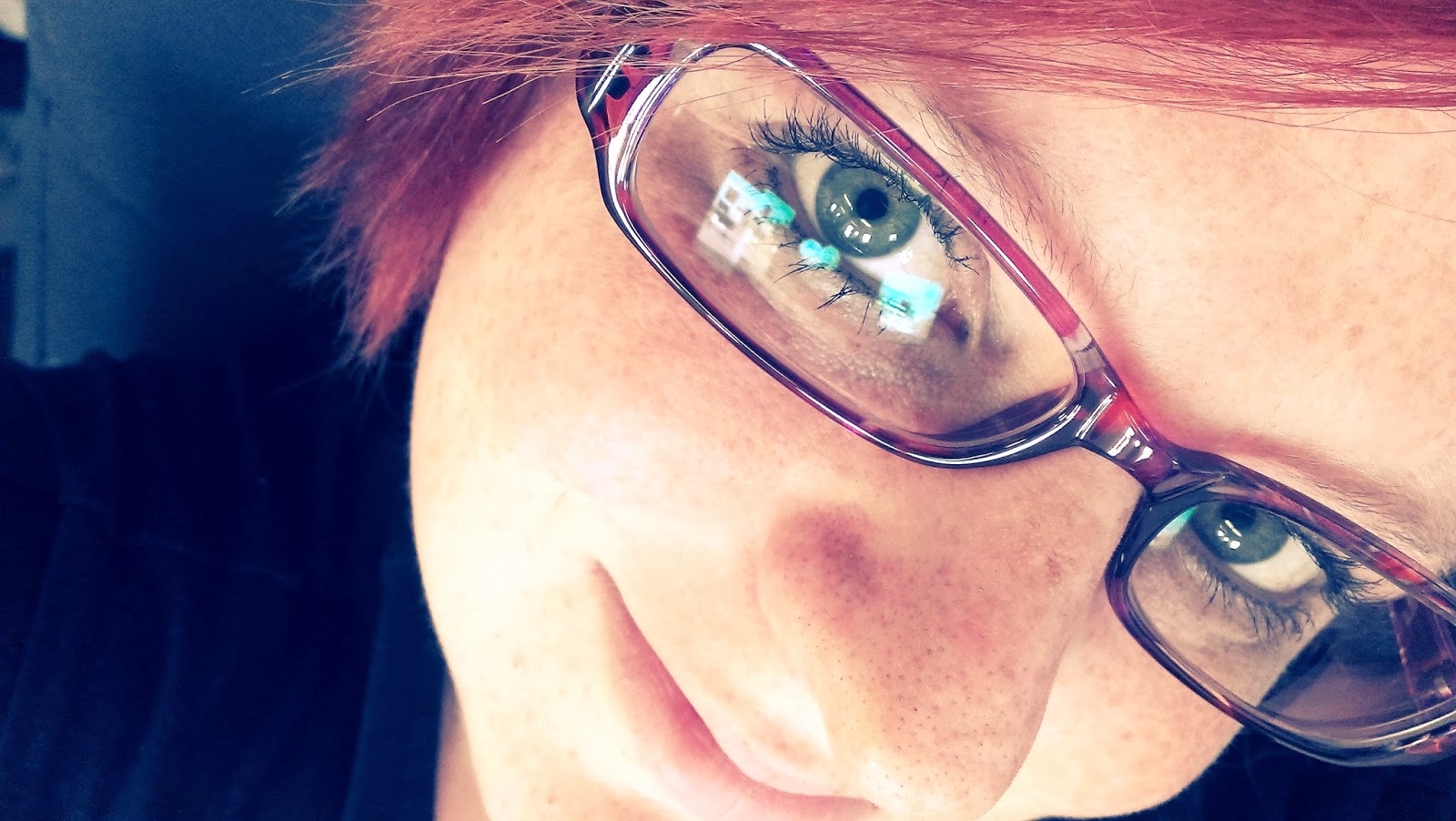 Somewhere amidst her forty-hour job and playtime with her three-year-old, Rachel finds time to walk the streets of worlds only existing on manmade paper. She resides in small college town Northwestern Nebraska with her young son, just a few blocks from a city park, the public schools, and her parents. She enjoys socializing with adults, sipping strawberry wine, and head banging to music that doesn't carry a beat worth the effort of rock star hair slinging.

"The paranormal world is a much more desired realm. There's no limit to possibilities, no comparison to probabilities, no concept of actualities. There's no solid platform for racism, judgment, or hierarchy. It is exactly the manifestation you choose it to be, darkness and death included."
AUTHOR LINKS:
Website: http://rachelaolson.com
Facebook: http://facebook.com/authorrachelaolson
Twitter Links: https://twitter.com/whitesouljamma
Pinterest: http://pinterest.com/whitesouljamma
Amazon: http://amazon.com/author/rachelaolson
Goodreads: http://goodreads.com/authorrachelaolson