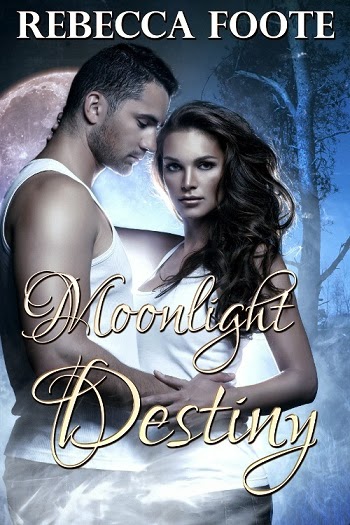 Alyssa Shaw has given up trying to find the perfect man, until she meets Derek Rendall. He's gorgeous and mysterious, seeming to be a fantasy come to life. Alyssa can't get enough of him and believes her luck has finally changed.

Unfortunately Derek is not who he seems, but something else straight out of her darkest nightmares. As their unlikely relationship blooms into a passionate bond, forces are determined to tear them apart. Alyssa must ask herself what she is willing to do for love.

“Hey, look who’s here.” Jane’s enthusiasm made her giddy. I glanced over and noticed two guys from campus we’d recently met, Craig and Danny. They were brothers and it showed because they both had the same jet black hair and were similar in height and muscular build. Craig and Danny were playing pool with a couple of friends.  Craig spied us and flashed a cute smile our way.
“Hey, did I tell you that Craig called me?” Jane gawked at them openly as she twisted a blonde lock of hair.
“I guess it slipped your mind. Did you know they were going to be here tonight?” I teased.
A sheepish grin spread across her face. “Yeah, Craig said they’d be here tonight. Actually, I’ve spoken to him a few times. He’s really nice. I’m sorry I didn’t tell you about him calling before, but I thought you wouldn’t be interested. I figured it was the last thing you’d want to hear about with everything you’ve been through lately.”
“You should have told me. There’s no reason for you not to…I don’t mind.”
“Let’s go talk to them,” she urged.  As we approached, their eyes roamed all over us and I felt like a piece of meat at the butcher's.
“Hey, guys!”
“Hey. It’s good to see you. Damn, you girls are the finest things in here,” Craig mused.
“No doubt,” Danny chimed in. The two other guys playing pool with them took notice and walked over. They were both from the big, dark, and muscular variety—whoa!  One stood a little taller than the rest. I glanced at him briefly, trying not to make my observation obvious. I couldn’t help but notice how handsome he was.
I think Jane couldn’t stop smiling at them even if she wanted to. Her favorite type of attention was full-on admiration.
“Stop drooling, Craig, and introduce us,” insisted the one with dark brown wavy hair and blue eyes.
Craig glanced at us, appearing a little embarrassed, and flashed a scowl at his friend. When he introduced us, the way he said our names sounded exotic and I felt a little self-conscious.
“This ugly guy next to me is Jack Fallon.” He nudged Jack hard on the shoulder. Jack winked at us. I imagine he did well with the ladies because he was anything but ugly. Craig straightened up and stopped acting silly to introduced his next friend. “And he’s Derek Rendall.”  Derek took one step forward and smiled warmly. I noticed his deep green eyes as the light caught them. His dark brown hair and strong jawline complemented his masculine features.  Be still my heart.
“Nice to meet you,” I stammered and felt stupid. What’s wrong with me?
“Same,” Jane said mischievously.
I tried not to laugh at Jane’s enthusiasm, but I couldn’t blame her.  These guys were handsome and the one named Derek…well, he was flat out gorgeous.  I was glad no one here was a mind reader and hoped that my body language wasn’t giving too much away.  I’m by no means a tramp, but I had to admit these guys were hot. They must have spent a little extra time swimming in the handsome end of the DNA pool.

My Review: 3 stars
This was an ok book. I had thought that it would be interesting, and to an extent it was. The lore presented was interesting, and I believe I've heard something similar previously about werewolves. The bit I found more interesting was about the shifters. That was a nice touch. I thought the relationship between Alyssa and Derek seemed a little forced to me. Alyssa seemed to be a magnet for trouble even before she met Derek and the rest of the guys, and so I don't really blame Reyna for her attitude towards Alyssa. Shayla reminded me of a medicine woman, which I suppose she was. This just wasn't the book for me. It may be for you. Something that touches on the mystical, yet doesn't really get into it that deeply. 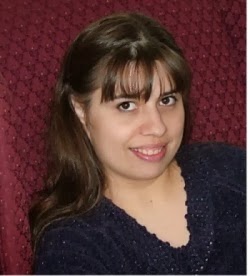 Rebecca Foote loves writing paranormal romance and urban fantasy books. Love stories, both sweet and tragic, ignite her imagination and inspire her writing. When she isn’t writing or thinking up new story ideas, you can find her spending time with her family or enjoying chocolate cake and a movie.
Website: http://www.rebeccasfoote.com
Facebook: http://www.facebook.com/rebafoote
Twitter: http://twitter.com/Reba_Foote
Blog: http://www.rebecca-foote.com/